Korean Strawberries ...And A Workshop On How to Decorate Your Kids Food

When I got the invitation to attend a Workshop on Korean Strawberries, the last thing on my mind was making decorative dishes for children who are difficult eaters, as my own brood never have any problem scarfing down any food that is laid before them, as children should.

The event was held in Acme South, Bangsar Village, where an area had been cordoned off, and tables converted to workstations complete with piping bags, chocolate, strawberries, chopping boards, and zucchini leaving me rather curious as to the relationship between strawberries and the courgettes.

I arrived in time to see the announcement of winners of contest on Maehyang Strawberries from Korea.  Maehyang strawberries are the most prized among the fruits, and Jinju in South Korea produces most of them. It is the main strawberry producing region in the country. 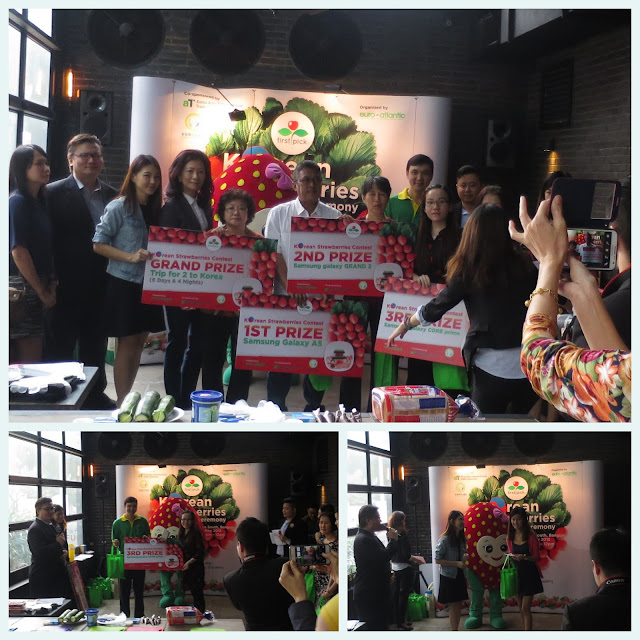 Euro-Atlantic Sdn Bhd organized a nationwide contest for Maehyang strawberries from 2 March to 30 April 2015, during their promotion period. This is the third year it has been doing so, after receiving overwhelming response from consumers of Korean strawberries. This year, the contest was extended to East Malaysia.

The Grand Prize Winner of the contest received a trip for two to Korea for six days and four nights, with Samsung mobile phones for the 1st, 2nd and 3rd prize winners. There were 10 consolation prizes of a Euro-Atlantic Fruit Basket worth RM100 each. 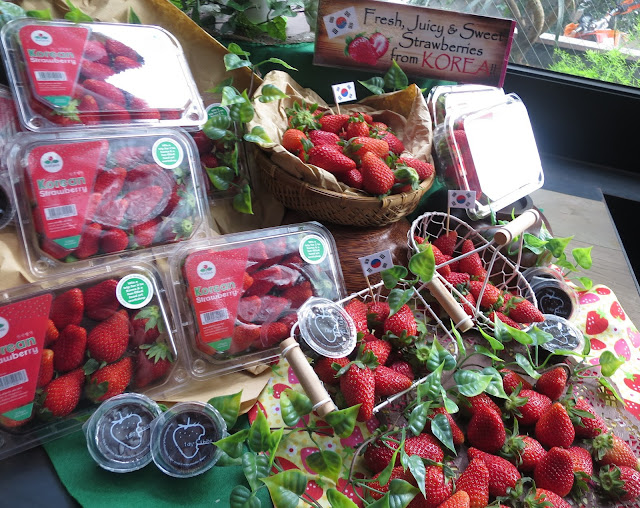 In conjuction with the awards ceremony, there was the  food art workshop conducted by well-known international food artist Lee Samantha, who explained that she got into food art to feed her children.  My, clearly parenting styles have evolved over the years, in my day, you don't eat, off to bed with you and tough luck.  I myself also cannot imagine decorating food for the kids for the sake of getting them to eat. 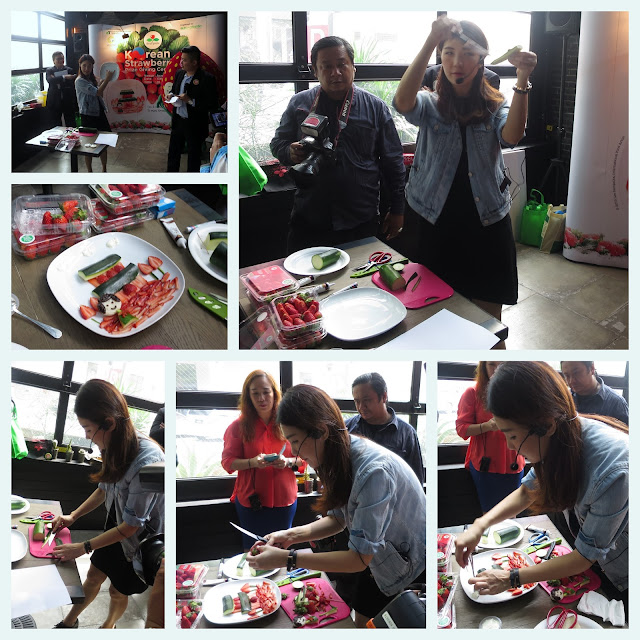 Anyway, the objective was to create a plate resembling something shown below, a strawberry house with a charming zucchini roof, and cute little korean girl standing in front, ...but participants were free to use their own creative license to create whatever they wished with the eclectic combination of fruit, veg, bread  and chocolate... 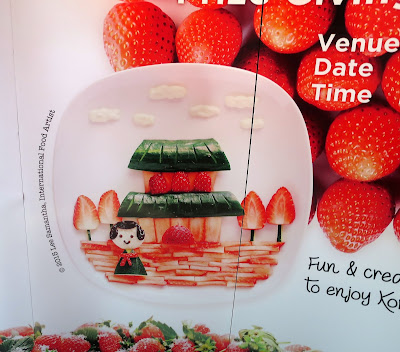 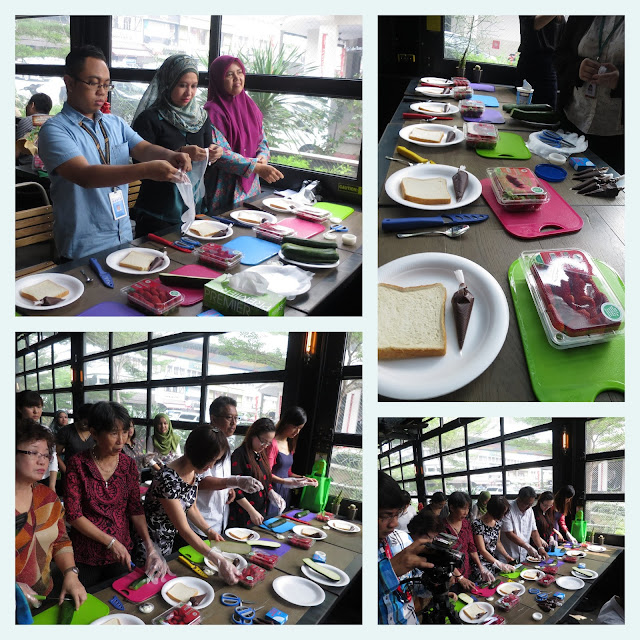 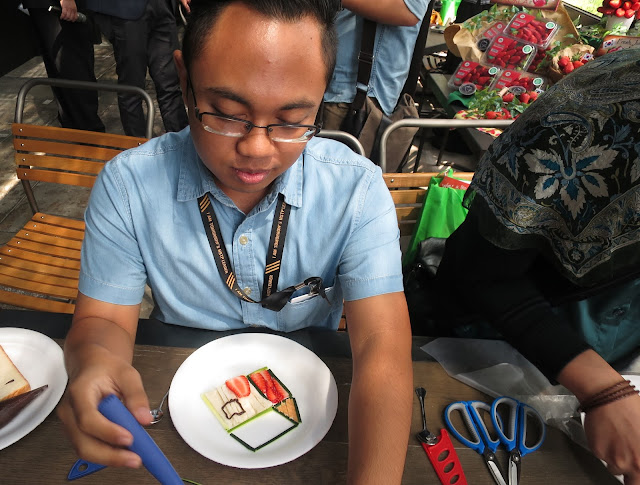 This gentleman here obviously is quite creative, and was painfully slicing pieces of something or other to make a thatched rood... 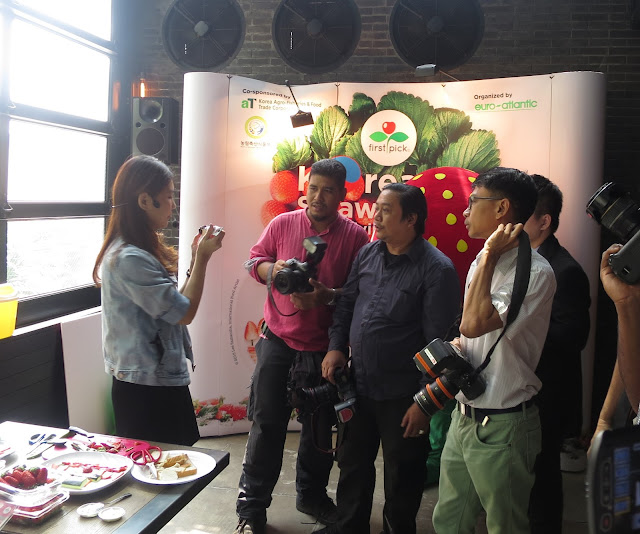 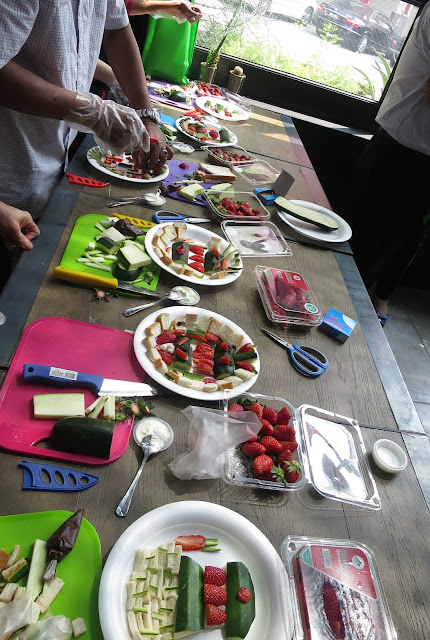 Some of the "masterpieces" of berry good work.... 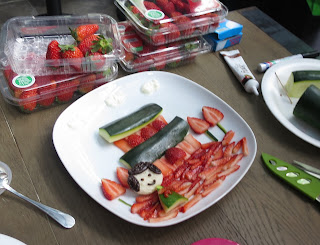 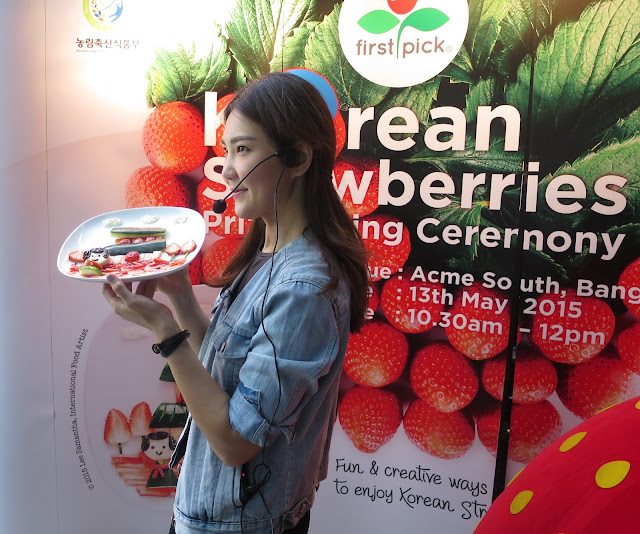 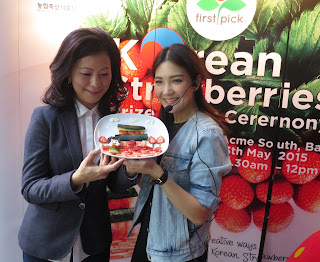 Top Prize Winners: (for the contest, not for the food art workshop)

About Euro-Atlantic Sdn Bhd
Euro-Atlantic Sdn Bhd is a leading importer and distributor of specialty fruits, vegetables and marine produce based in Kuala Lumpur.
Euro-Atlantic was the first importer of Korean strawberries 10 years ago and its imports increase 20 to 30 per cent every year.
This season Euro-Atlantic’s total importation is 150 tonnes for Korean Strawberries. Strawberries are considered our biggest importation for exotic berries and apart from Korea, we also bring them in from USA, New Zealand, Australia and other countries when they are in season.
With over two decades of experience in the industry, Euro-Atlantic has raised the bar in the Malaysian fresh produce import business with its continuous search for new and emerging food sources and heavy investments in state-of-the-art cold rooms and equipment.
Euro-Atlantic is a proud recipient of the globally esteemed HACCP (Hazard Analysis and Critical Control Points) certification, a Swiss internationally recognized system of food safety management. Euro-Atlantic has four subsidiaries:
1. Euro-Atlantic (Penang) Sdn Bhd (EAPG) since 2001
2. C-Food Portions Sdn Bhd (CFP) since 2007
3. Euro Atlantic (Sabah) Sdn Bhd (EAKK) since 2011
4．Euro Atlantic (Johor) Sdn Bhd (EAJ) opening in June 2015
Today, Euro-Atlantic is recognized and respected by industry players for its uncompromising emphasis on quality and service.

OMG. workshop on strawberries. That's an invite I'd love to go for. hu hu.