Teeling Whiskey, The Irish Whiskeys (With an "E") Rise From the Ashes of Scottish Domination!!!!

Life really is a continuous learning process.  I did not know that before the great Scottish domination of whisky, was the golden era of Irish Whiskey, spelt with an "E"... and looks like they're poised to make a comeback.

We were privileged to have the company of Martin Lynch, from Teeling Distillery, Ireland, sharing with us about Teeling Whiskey, under the auspicious of local distributor, Single and Available.  A cosy gathering at LaBodega Lounge, it was a fun night with the usual suspects. 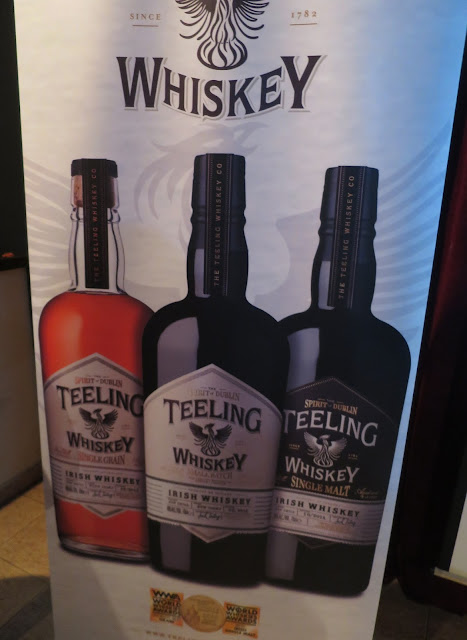 We were privvy to three types of Whiskeys that evening, ie, The Single Grain, the Small Batch and the Single Malt. 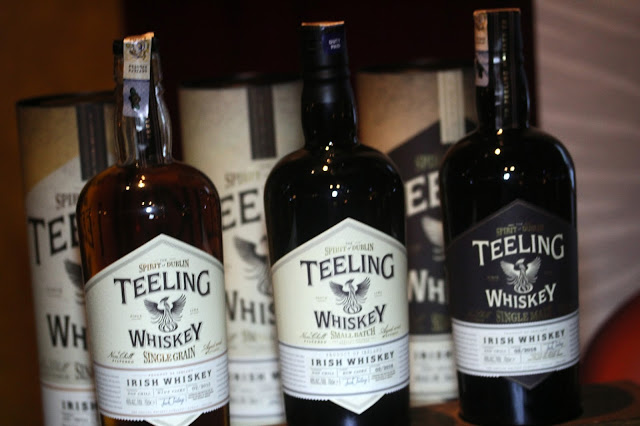 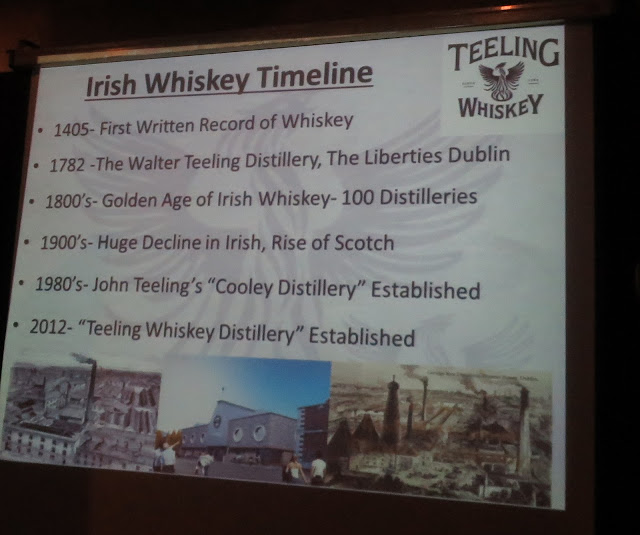 It was interesting to note that because of the separation of the Republic of Ireland from the United Kingdom, which I just read happened in 1922 under the Anglo Irish Treaty, there was a huge decline in the Irish Whiskey distribution.  Of course, as an ex colony of the the UK, we know how vital the British Empire was in as far as trade was concerned, and how they were effectively the distribution channels to the ends of the earth.  Simple logic dictated that well, since you're no longer part of us, why should we promote your whiskeys...and thus the rise of the the Scottish whiskies, (spelt whisky). 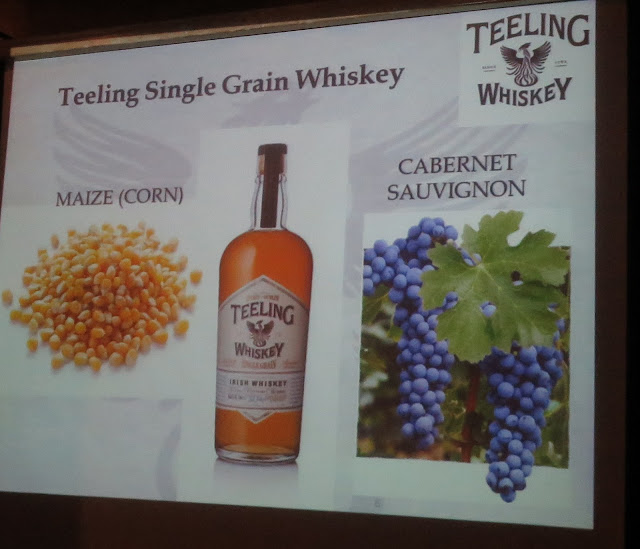 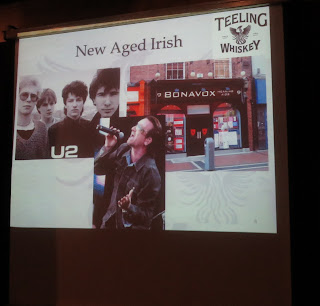 To make things a bit more interesting, instead of the usual food pairing, Martin Lynch decided to pair the whiskies with music, and specifically with music by Irish Singers and bands. 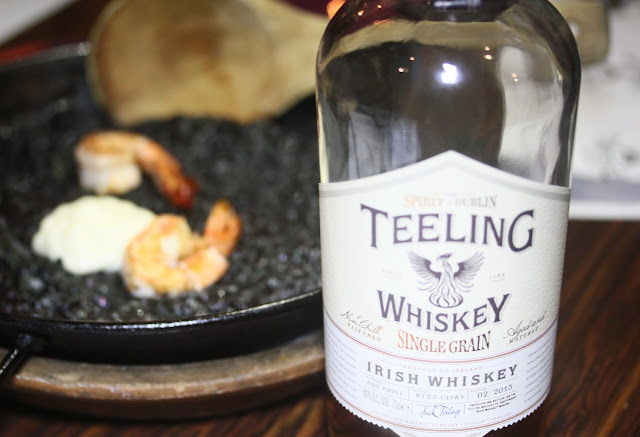 The Single Grain, made from maize and corn, was recently awarded Best Single Grain Whiskey in the World Whisky Awards. It is only one of a handful of single grain bottlings in the world, and is matured in California Cabernet Sauvignon Barrels.  Hence the strong spice and tannins in the taste, with a strong dry finish dominated by wood and spice. 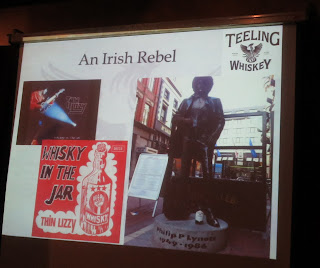 Next, pairing with this  Thin Lizzy song, (this is when Martin asked the audience what was the mistake in the poster, and it was the missing "E") was the Small Batch, a rum finished Irish Whiskey with a distinct character.  Bottled in small batches with no chill filtration at 46%, thus allowing the capturing of all the natural flavours of whiskey. 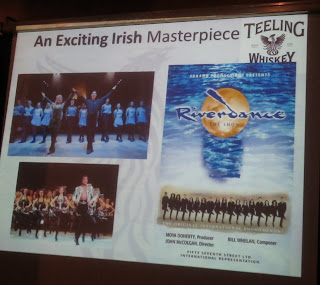 Finally, the Teeling Single Malt, paired with music from the famous iconic Irish musical, Riverdance.  Made from 100% malted barley of different ages, including some from 1991.  Like all Teeling whiskeys, it's bottled with no chill filtration at 46%, and is vatted in 5 different wine casks, including Sherry, Port, Madeira, White Burgundy and Cab Sauv. 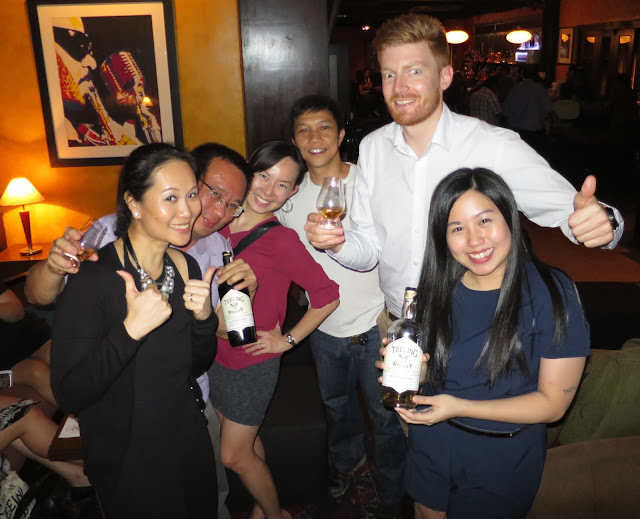 It's always a fun party with Single and Available.... 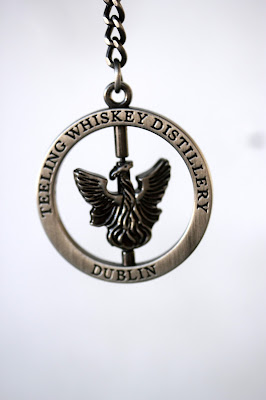 And check out this cool key chain.  The phoenix is the logo because like the mythical bird, it has risen from the ashes....

The Story of Teeling and Irish Whiskies is written so well, that I shan't even bother trying to paraphrase these excerpts:

Right in the heart of the Liberties, against the backdrop of a city steeped in whiskey history, the Teeling Whiskey Distillery opened its doors in 2015 as the first new distillery in Dublin for over 125 years. Once home to over 37 distilleries, Dublin is no stranger to the craft of whiskey making. Distilling is in the fabric of our city and our family, this is more than a beginning, this is a revival. With one eye on the past, but looking to the future, we’re the new generation of Dublin distillers. We approach our craft with a respect for generations passed but with the confidence to forge the next chapter. Here at the home of the Spirit of Dublin, the liquid tells the story. 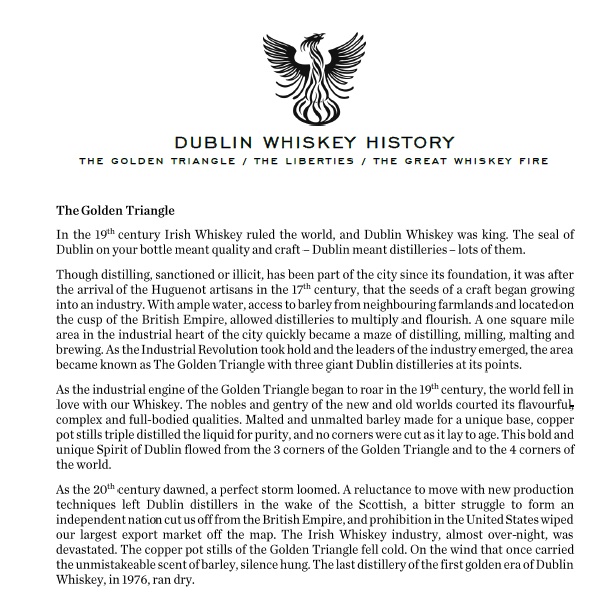 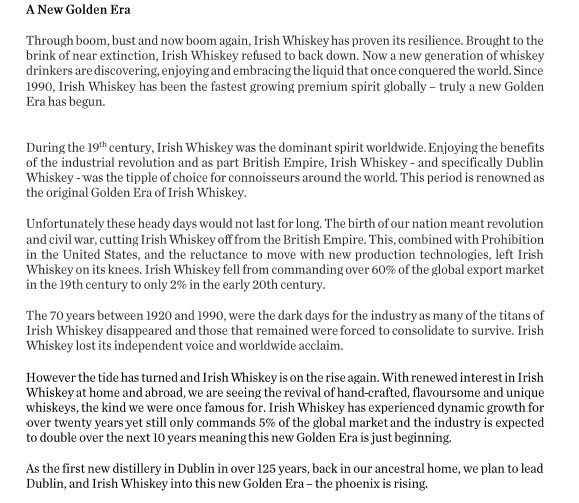 Thank you for the kind words sir! Great piece!