Does anyone know that there is a WORLD SUSHI CUP?  Well, it's a pity it's not an Olympic Event, or Malaysia would have had its gold medallist, and we can all watch proudly as our national anthem is played.

For two consecutive years, 2018 and 2019, Malaysia has won the competition, by Chef Sky Tai and Chef Leon Yap, respectively.  These two were trained in the Global Sushi Academy and tained under sushi master Hirotoshi Ogawa, from Japan, and The Norwegian Seafood Council runs the Global Sushi Academy in collaboration with World Sushi Skills Institute, the only officially recognised sushi body in Japan.

Norwegian salmon commands 90% market share of fresh salmon in Malaysia. As it is also the preferred choice for sushi topping in Malaysia, it is important to the Norwegian Seafood Council that the fresh raw ingredient is handled in the most hygienic manner.  Although I have watched the video several times, it never fails to amaze me the process by which salmon is farmed in Norway, which has the perfect living conditions for salmon.

The Workshop was held at the School of Hospitality, Tourism and Culinary Arts
KDU University College, Utropolis, Glenmarie, Shah Alam and graced by the Ambassador of Norway, Her Excellency Gunn Jorid Roset. 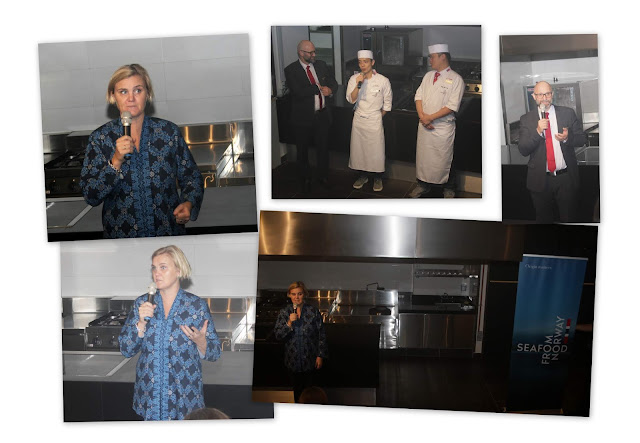 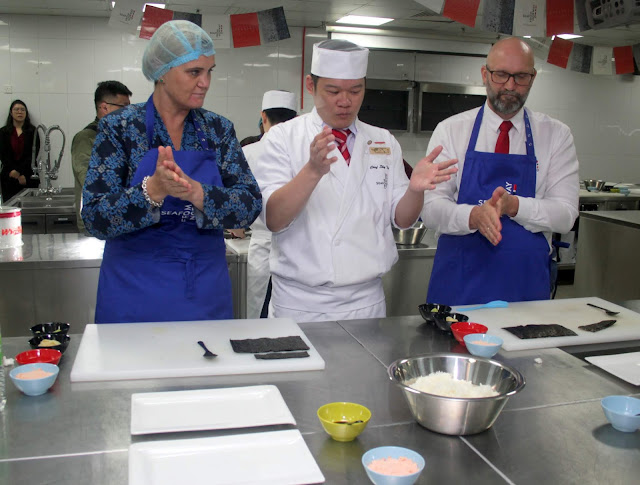 After the briefing from the Norwegian Seafood Council and the requisite speeches, we adjourned to the swanky kitchens of the college to witness a simple demonstration on making sushi.  Alright, admittedly it was the basic-esy of sushi, but was an interesting experience nonetheless.  And making it the correct shape etc is not as easy at it looks. 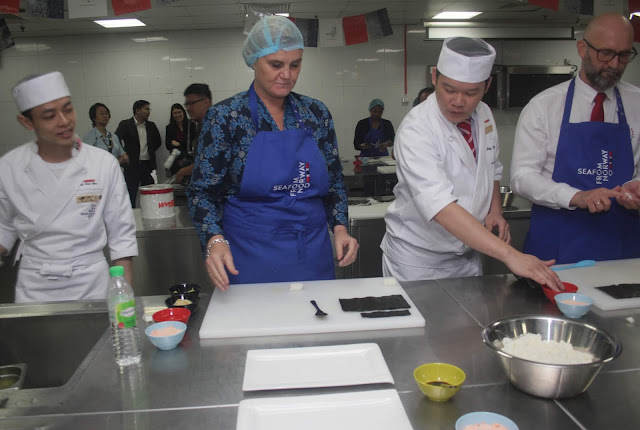 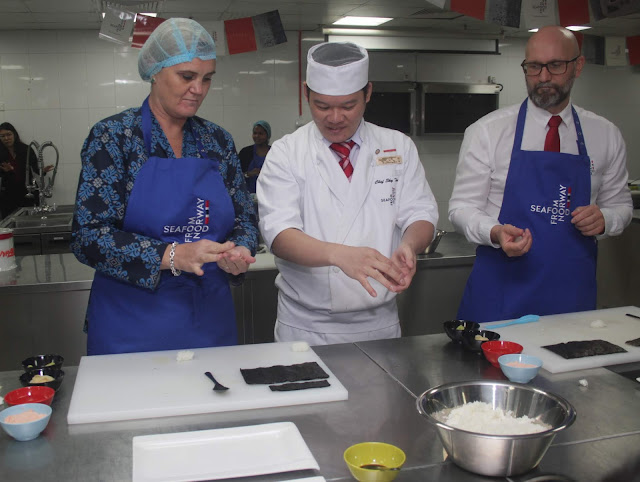 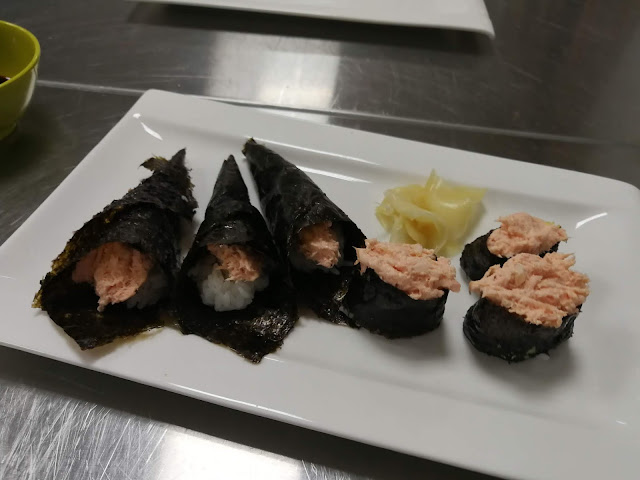 This shockingly crude sushi and roll were a result of the workmanship of yours truly. 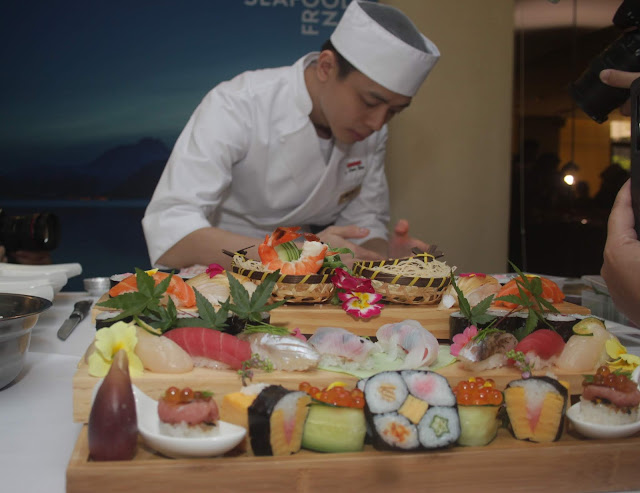 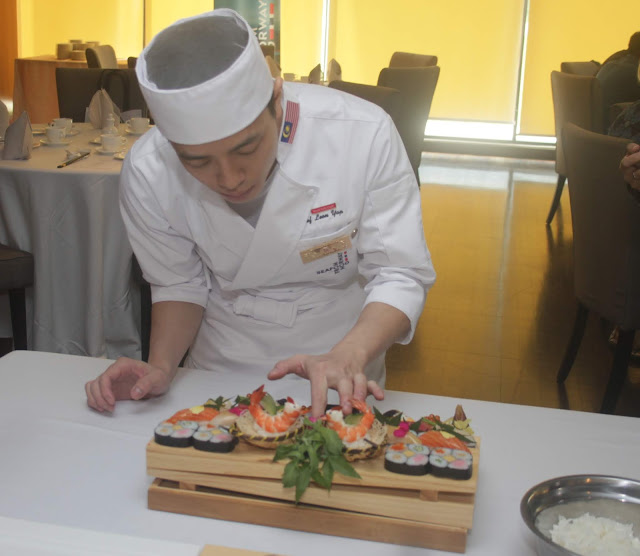 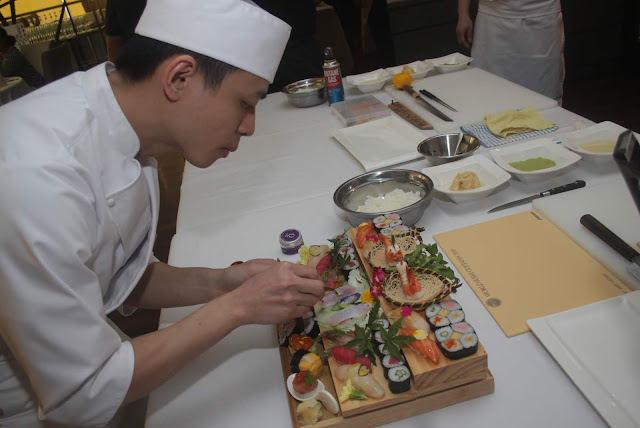 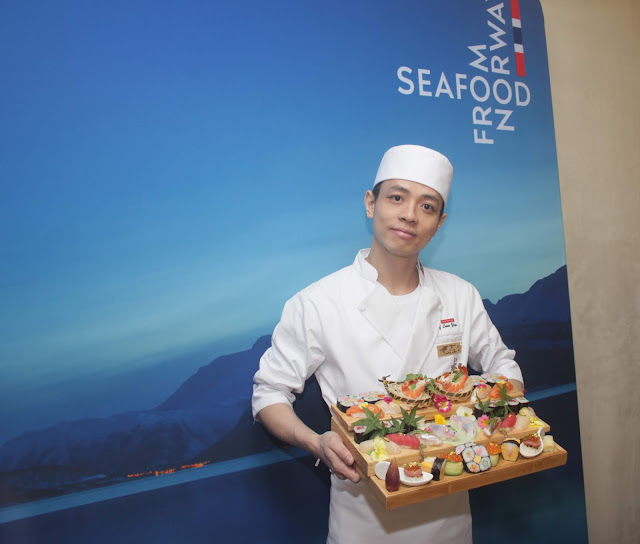 For more info on how to contact Norwegian Seafood Council directly,