In the blink of an eye, another year has zoomed by. It's almost bittersweet when one contemplates the year that was, and that haunting melody from Fiddler on the Roof always plays like an earworm during this period:

Sunrise, sunset (x2),
Swiftly fly the years,
One season following another,
Laden with happiness and tears.

December onwards is also a time of dietary disaster, for from now until Chinese New Year, the eating will be continuous.  Obviously, it's also a time when F&B establishments hop on to the binge wagon, with their yuletide offerings.  The first of such was at Villa Danielli in Sheraton Imperial.  Actually, I thought the invitation was for us to check out the transformation of Villa Danielli into a Christmas wonderland, and I wasn't expecting a full fledged, bursting to the brim type dinner.

To start with, canapes.  I just love the word canape, (pronounce ken-a-pay..or probably keen a pi if you're Australian), these dainty finger food thingies that deludes you into thinking you're very ladidah, especially with a glass of bubbly in hand, flitting around from table to table. 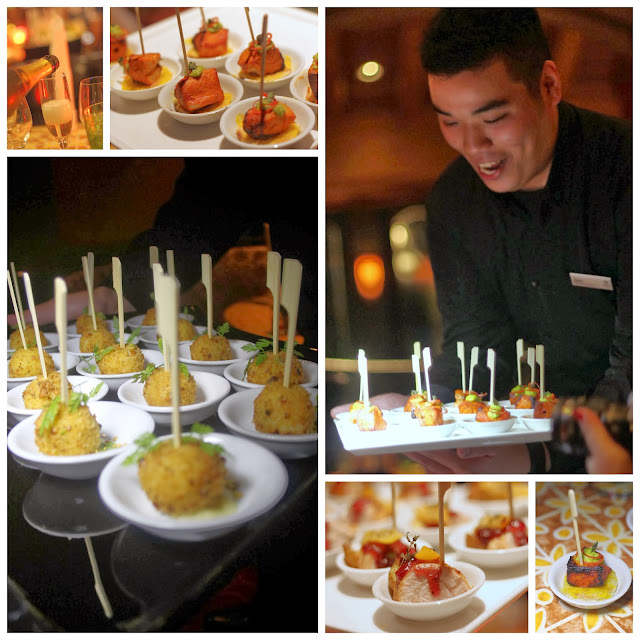 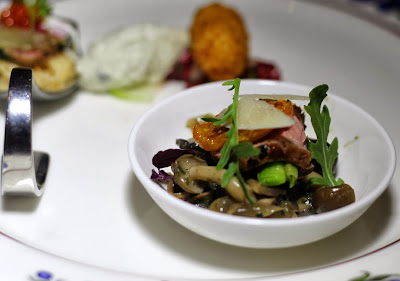 Wild Mushroom with Lamb, Grilled Leek and Yellow Tomato (Promotion: Christmas Eve Buffet Dinner at Essence).  We were served elegant tasting portions, which made it possible for us to sample the entire spread.  But that still didn't ensure we were not stuffed like chinese rice dumplings by the end of the meal. 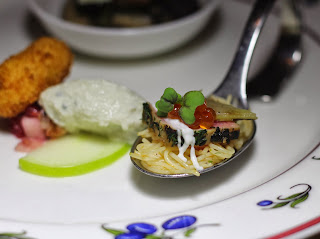 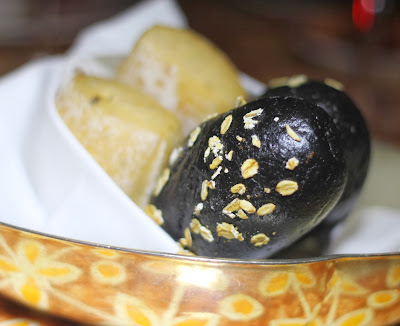 Bread rolls, which sadly, no one touched, because there was soooooo much food on the table. Black colored buns seem to be the in thing these days. 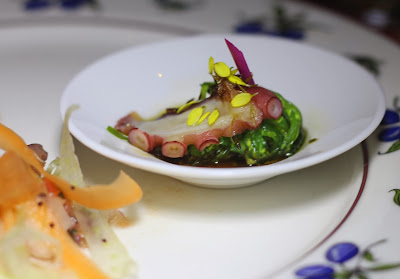 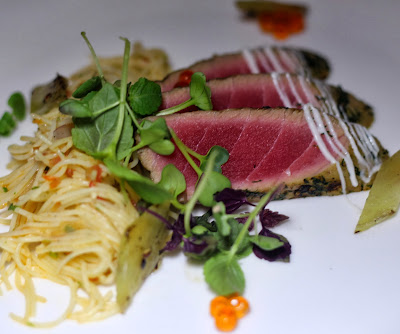 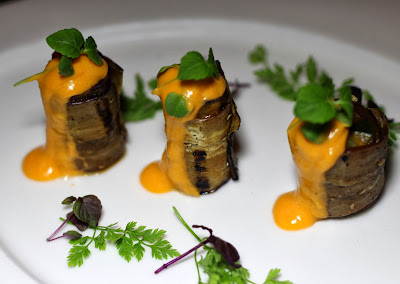 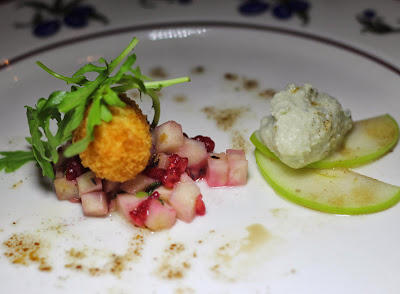 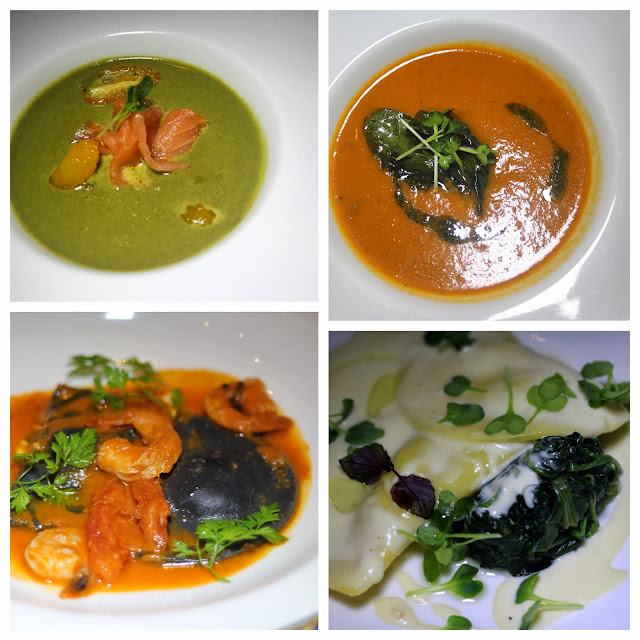 An impressive array of soups and more starters that went straight from the lip to the hip.  I swear I must have put on 2kgs from this meal alone. 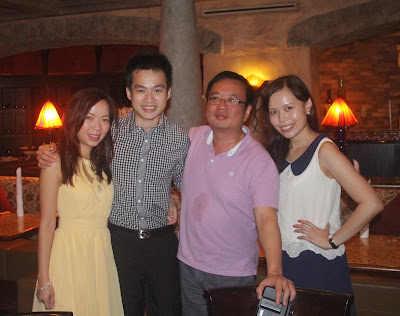 With long time bloggers and friends, KgBoy&Citygal, and Ivy Aiwei.  Such youthful vigour they possess...while the old man drools on his shirt...(as is evidenced by that patch of moisture) 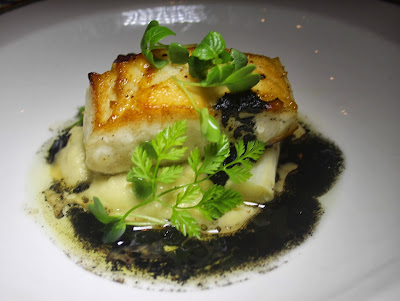 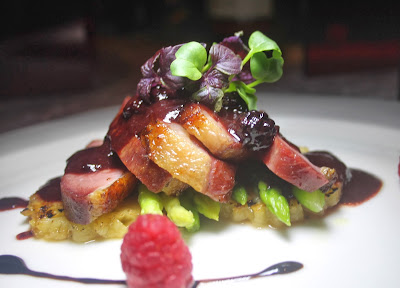 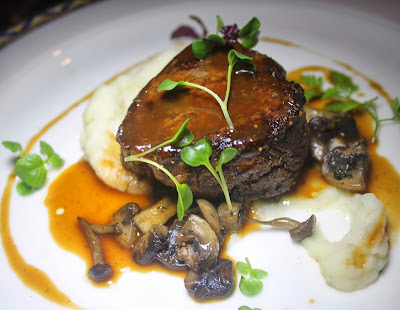 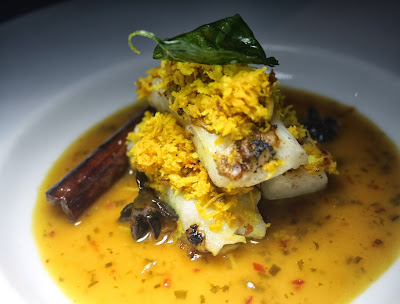 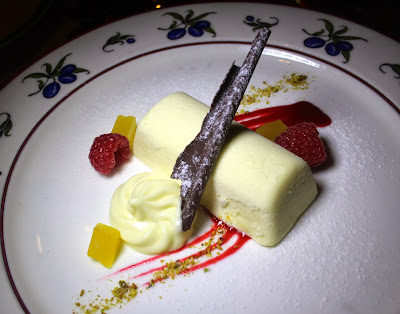 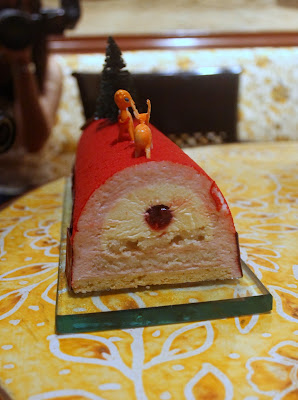 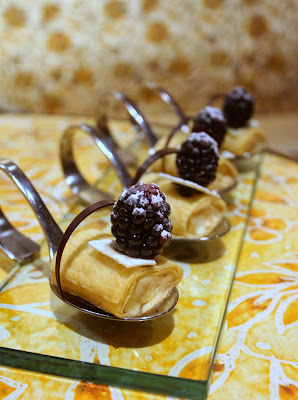 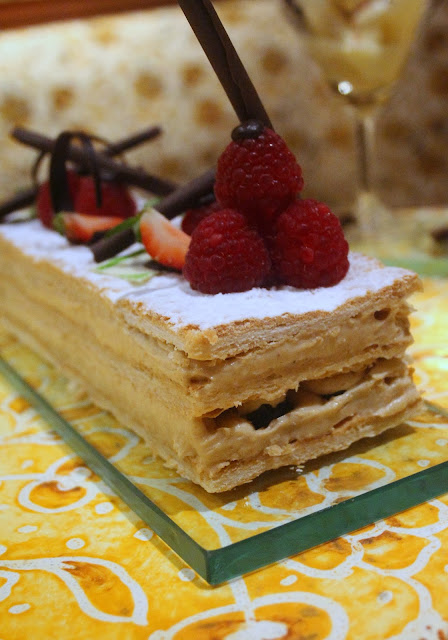 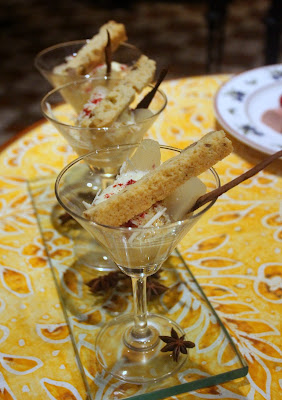 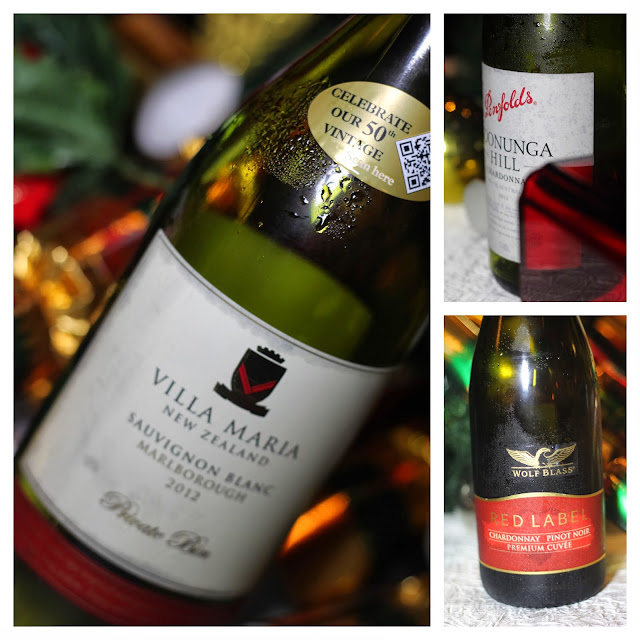 The Christmas brunch is priced at RM188++ per person (food only) and RM368++ per person for those who would like to enjoy bottomless sparkling wine, draughts beers, white wine and red wine. (that would be me) Enjoy this at Pavilions Lounge from 11am to 12pm and Essence from 12pm to 3pm on 25 December 2013. Alternatively, usher in the New Year’s Day  on 1 January 2014 with the same offer. 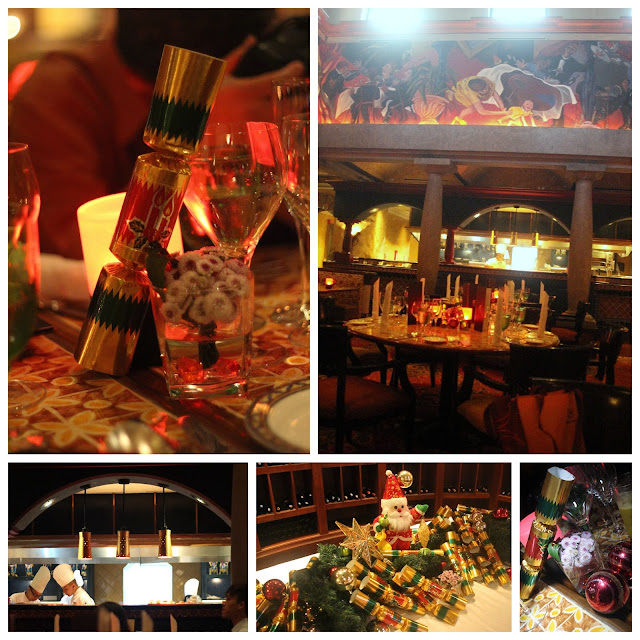 Villa Danieli , 5-course set dinner is only available on 31 December 2013 and is priced at RM220++ per person.Wine pairing for an additional of RM120++ per person.

For further enquiries or table reservations, please contact Villa Danieli at 03-2717 9900 or email restaurants.imperial@sheraton.com or visit www.sheratonimperialkualalumpur.com to find out more.

Have yourself a merry little Christmas, may your heart be light, and your stomach heavy.
Posted by fatboybakes at 12:06 PM

Did you get to pop the bon bons?