It is a double edged sword really, christening your restaurant with a name that immediately clues the customer in as to what kind of food is served.  Examples that come to mind are Restaurant Nepal, (now closed), Bombay Palace, Oriental Banquet, .... But BUNS & MEAT I guess is arguably slightly, but only just, more subtle in that my first guess would be burgers, but then again, upon reflection, it could also be sandwiches, or heck, even a massage place.  I have no issues, I love the name, actually, catchy, and to the point, and yes, it is a burger place, amongst other things, located in Lakefields, Sg Besi, which initially, I thought was in another planet, never having wandered to that area since NippleJoe invited us for dinner at his house almost half a decade ago.

I was also mightily grateful to the organiser, Sarah, for extending the invitation for this review to the family, which was very nice of the host.  So for the first time ever, I had the family (read KIDS...wife had her girls night out) in tow for an invited review, and was looking forward to the opinions of "out of the mouth of babes", as children tend to be the most truthful. 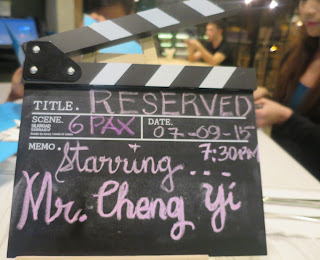 We were greeted by this on our table

Owner, Robin Lim was once a famous magician apparently. 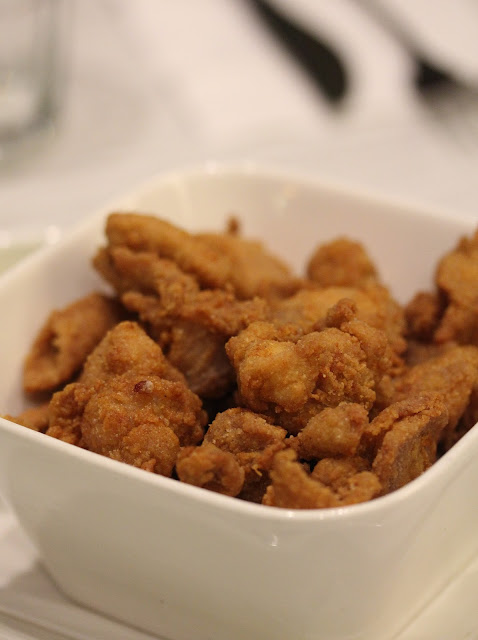 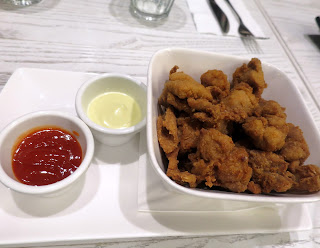 To start, some elegant morsels of Crispy Chicken Bites with Wasabi Mayo (RM10.90), thankfully made from thigh, so were moist and rather delicious.  Unfortunately due to heavy drinking the night before, I was disinclined to pair this with a cold beer, which really would be a perfect match. 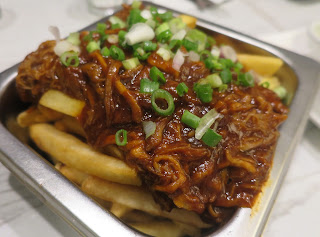 The pulled pork fries, RM11.90, were a great way to start a meal, and an appropriate introduction to the many other porky palate pleasers. 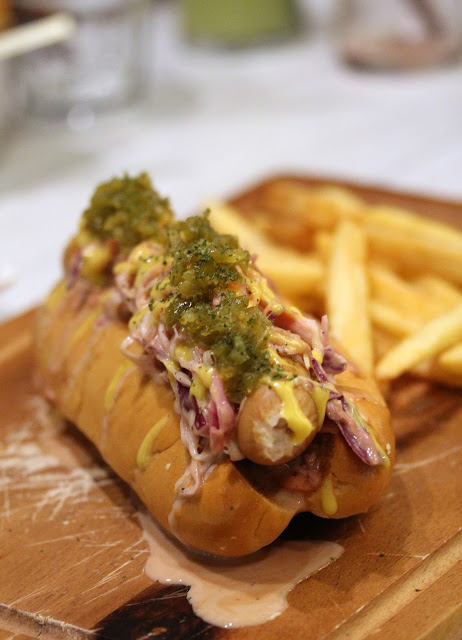 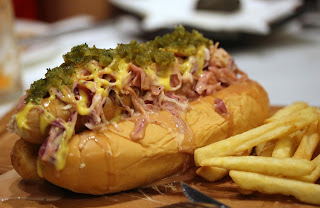 The hotdog with  Jalapenos BBQ Slaw, is as delicious as it looks.  The slight hint of heat from the jalapenos, drowning the succulent pork sausage.  Their buns are also specially made, not the usual stuff from supermarket shelves.  RM16.90 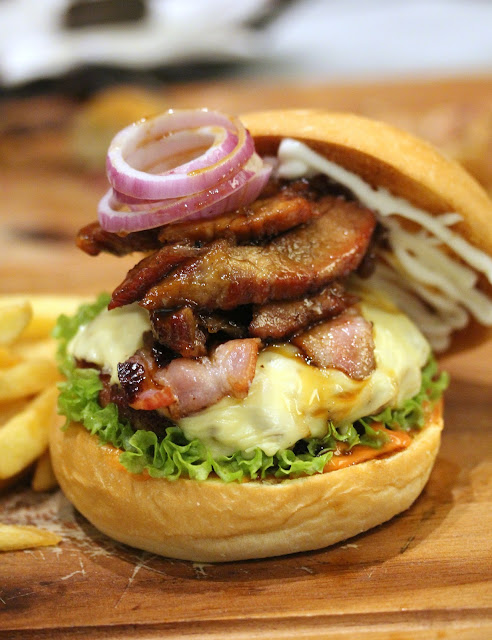 Char Siu Pork Burger, the winning trifecta, of pork patty, charsiu (which is sauteed in butter to complete the decadence), and bacon.  Such a fabulous food pyramid, a complete meal in itself, carbs, protein, vegetable... RM18.90.  Thank goodness Buns & Meat is far away from my everyday reach.  I am craving one of these even as I write about it. 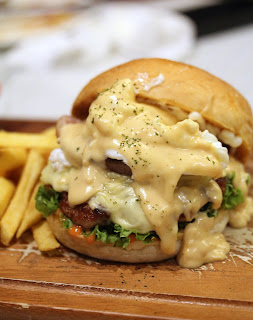 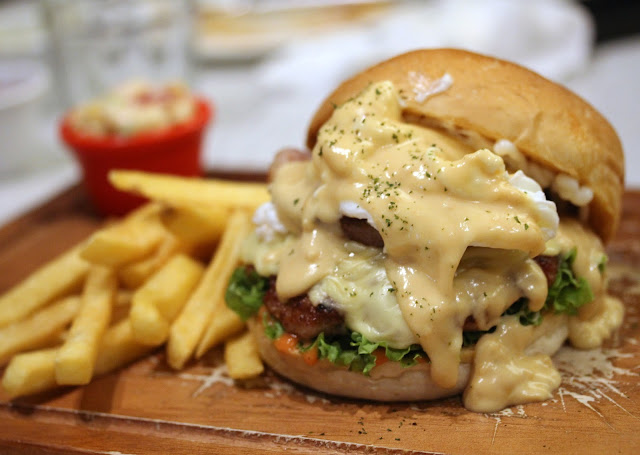 The Runny Mess Burger, topped with runny yolk, melted cheese, pork patty, RM20.90, the name speaks for itself, for it really is rather messy to eat, but that lovely molten yolk flowing like lava from Vesuvius, calamitous for everything in its path...Yummy. 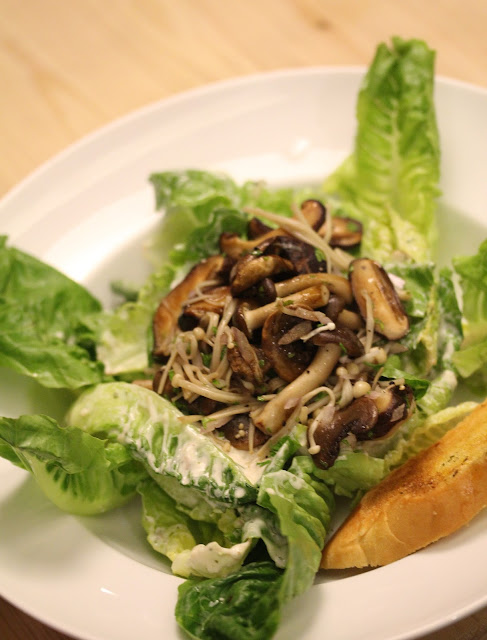 I popped over to the next table where Sarah was sitting and got a picture of her far healthier dinner, romaine lettuce with sauteed mushrooms.  Not sure if this is actually in the menu, but after being fed 3 carnivore paradise dishes, I could have well used one of these. 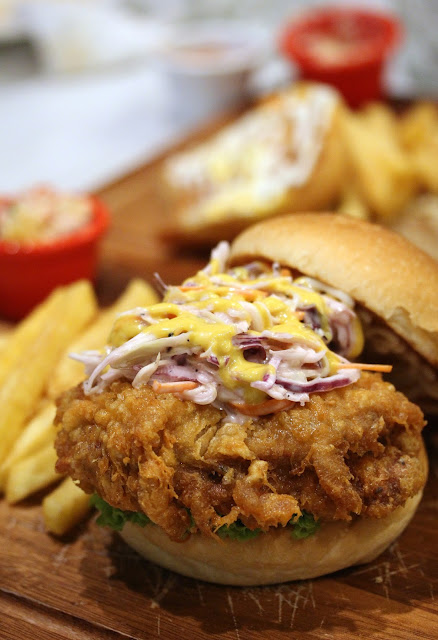 In the event you are not porcinely inclined, (but really, find another place to eat, you should), there is the chicken burger, but serving chicken is about as climactic as missing the last 3 episodes of Game of Thrones.  Having said that, it was tasty enough, and the kids loved it, and the chicken did not have to cross the road in vain.  It would be a travesty to even think of comparing it with a Zinger, of course. 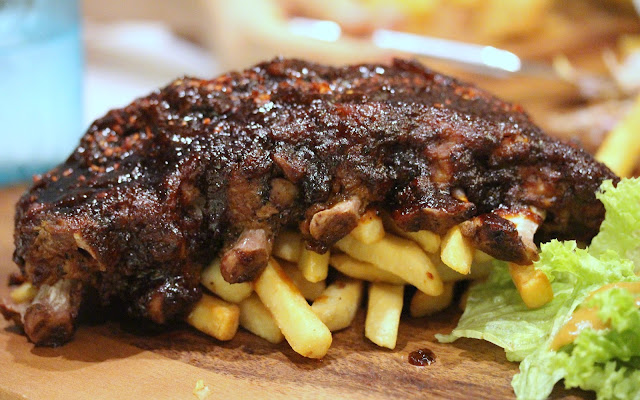 Spicy Korean BBQ Pork Ribs, RM42.90.  Oddly enough, the normal ribs, presumably without spice, is RM44.90.  A humongous slab of meat, that can easily feed two, or three, with fall off the bone meat,  with that signature "pedasness" that comes with certain korean dishes. 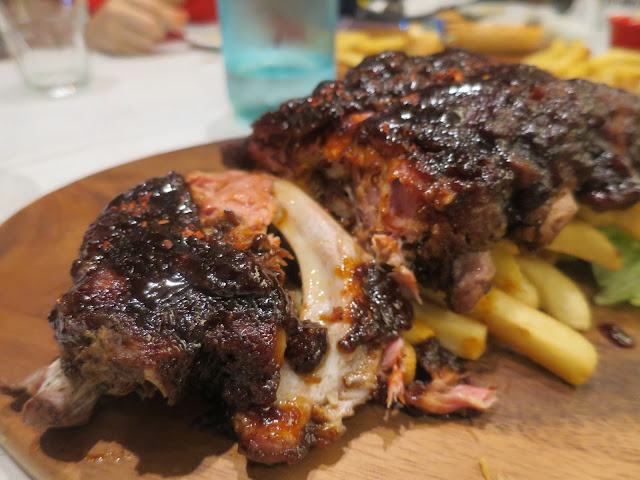 I exaggerate not, re falling off the bone

Although we didn't have it, it really is something I must have the next time I go there...the MIGHTY PORKZILLA burger... 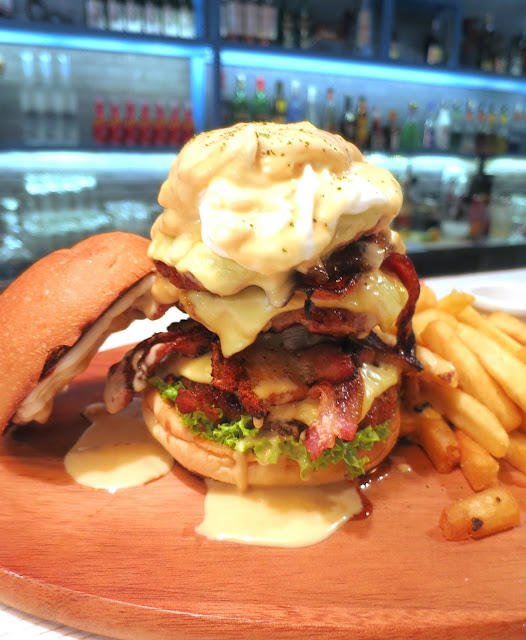 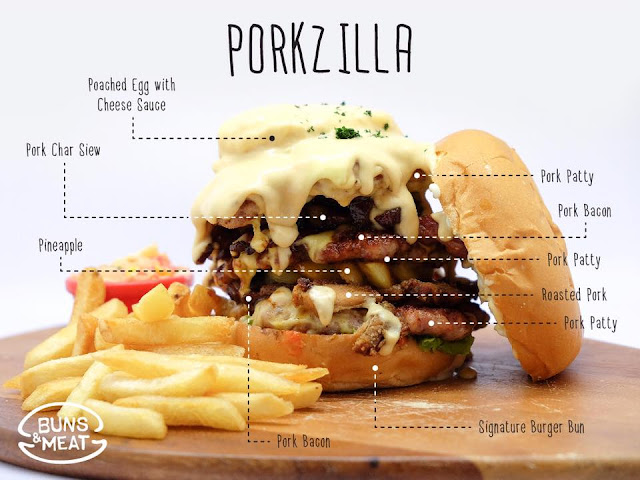 (Photo lifted from Buns & Meat FB Page.  Like them HERE)

Now, if you do order this, you get to wear cool Viking Helmets and slay the porkzilla and take pictures. 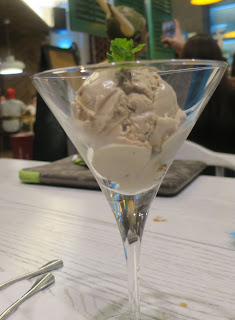 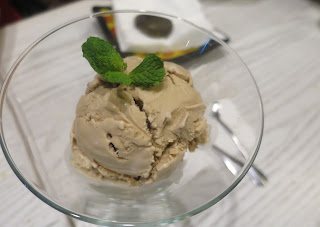 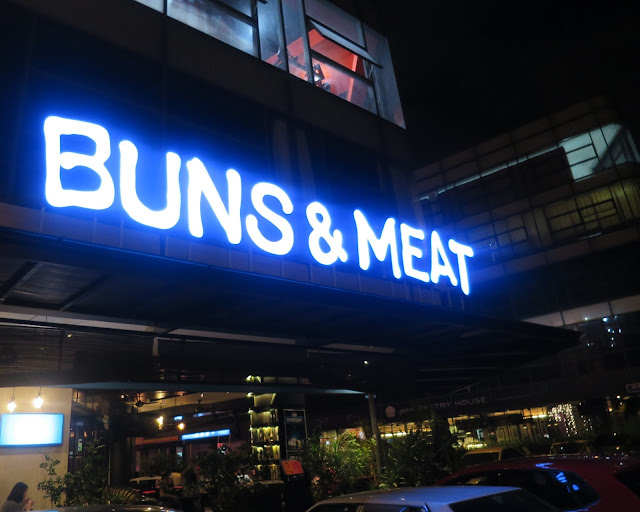 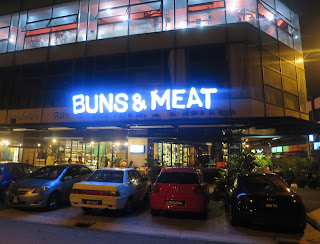 Apart from the Porkzilla (RM59.90), the rest of the burgers and hot dogs are all priced around the RM20 range or less, making it EXTREMELY good value for money if you ask me.

Am looking forward to revisiting and slaying the Porkzilla.

Hahaha.. Does that make me an alien of some sorts? Rgds nipplejoe