Arran Single Malts ...From The Scottish Isle of Arran to the Exotic Pairing With Thai Food At Ekkamai

When an invitation drops in your lap that involves a hitherto unheard of Single Malt, (through no fault of the brand, I might add, it's just that little old me is not so exposed to the myriad range that are out there) combined with one of the latest retaurants to be opened in that hip Batai Village area, of course, it's almost like an invitation to the Academy Awards.  Okay, maybe not quite, but still, rather exciting nonetheless.

We were greeted by Euan Mitchell, Director of Arran Single Malt Distillery....Arran is a small island, which is virtually uninhabited, boasting a population of 5000, if I remember correctly, which is probably the population of Bangsar and Damansara Heights put together. 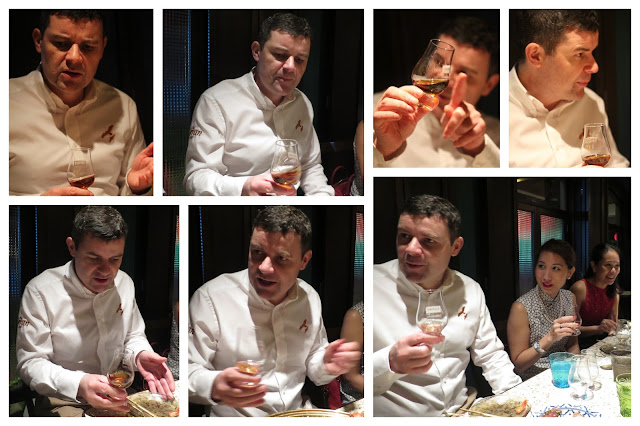 In an enjoyable intimate setting, dinner conversation was indeed sterling, just like the whiskies we were tasting. 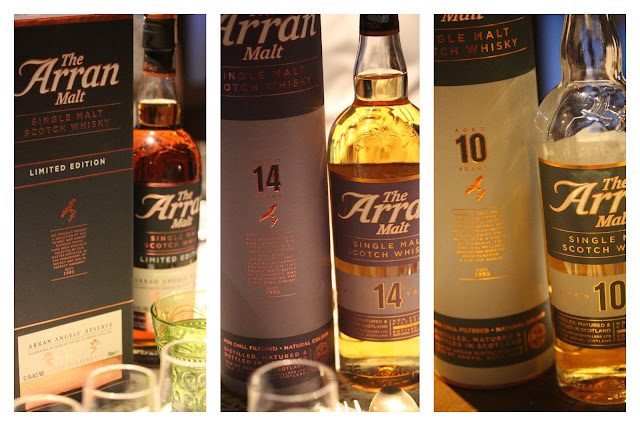 We started with the 10 year old, the flagship single malt, which is easy to drink, perfect pre dinner chit chat tipple, that has sweet oak and honey on the nose.  The finish is crisp, and mellow.  Sure can't tell it's a "humble 10 year old". 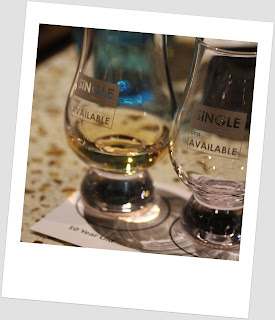 Next up was the 14 Year, which was so popular that in that short time we were there, other patrons in the restaurant had bought up almost the entire stock that was there.  An elegant drink by any standard, with notes of dried fruits and vanilla.  The finish is a lingering creamy sweetness, and paired with the luxurious platter of Thai starter, 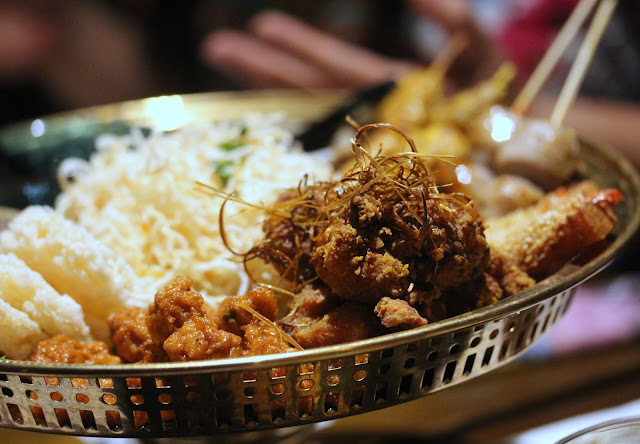 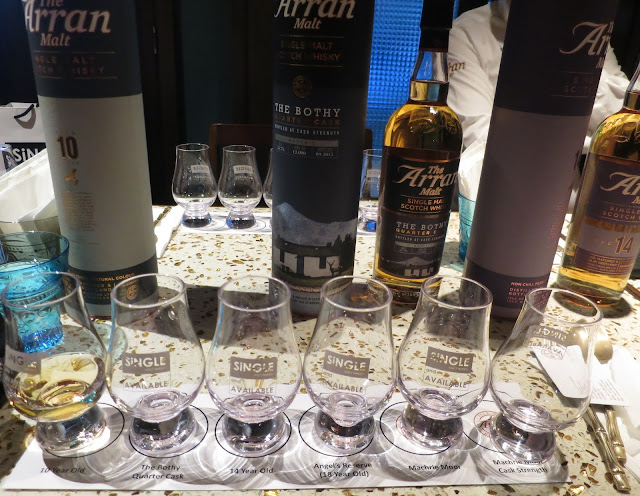 By the way, the word WHISKY is of Gaellic origin, according to Evan, from the word USQUEBEAH...

The Bothy Quarter Cask, bottled at Cask strength, is highly unique in that it is initially matured in first fill ex Bourbon Barrels before transfer secondary maturation in smaller American oak casks.  It is a limited edition Arran Malt which pays homage to the use of small casks, which is reminiscent of the way it was back in the 18th & 19th Century, when clearly none of us were born yet.

A old gold color, with sandalwood spice on the nose, and pineapple and apple on the palate, culminating in a floral finish. 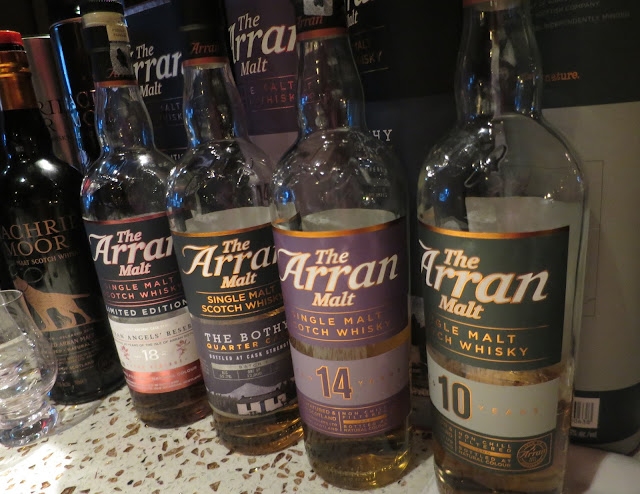 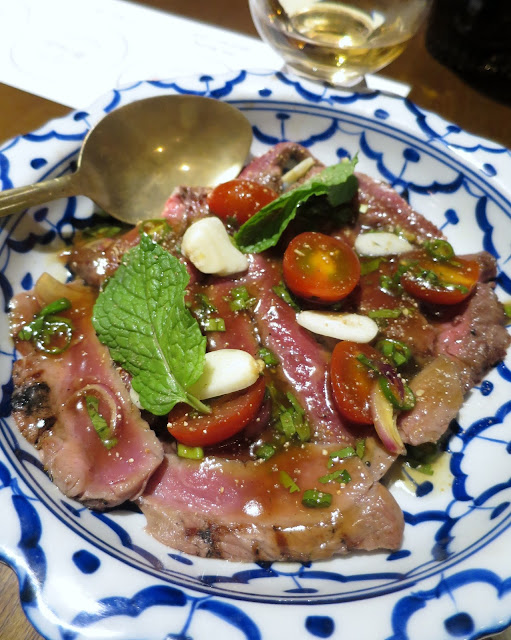 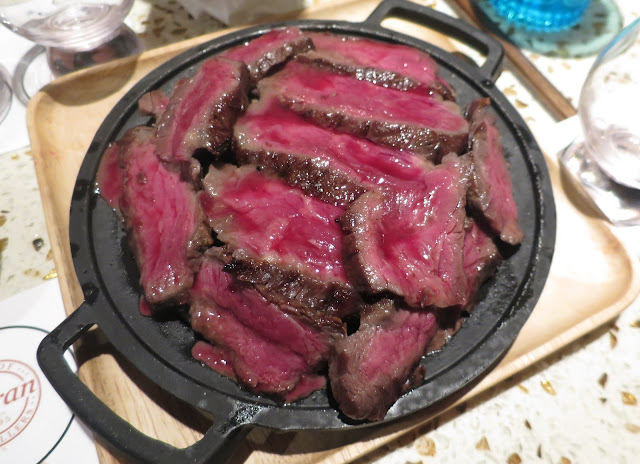 Meanwhile, complementing the Stars of the Show was a very able back up team by way of the excellent food at Ekkamai...this Weeping Tiger Wagyu Rib Eye, melts in the mouth and is the perfect companion with the subsequent 18 year and Machrie Moor. 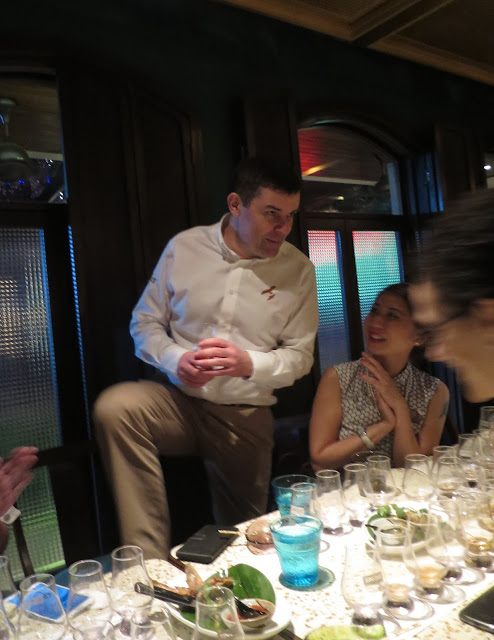 I'm not sure what Mr Scotsman was up to, probably demonstrating some Kilt movements.... 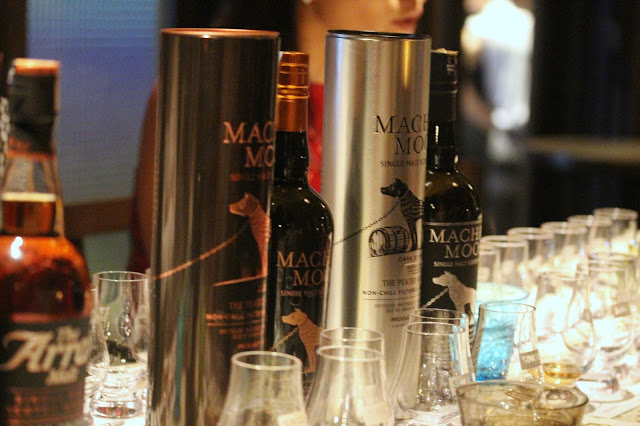 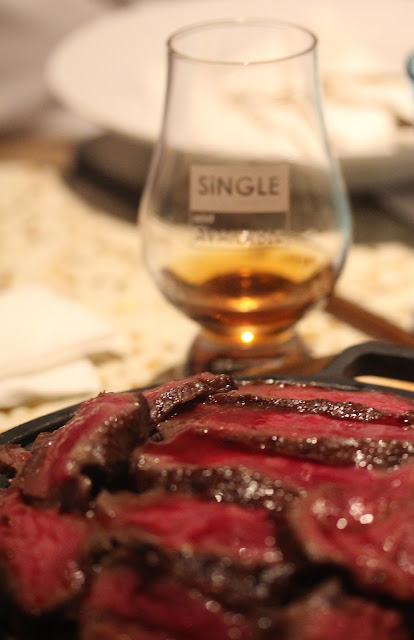 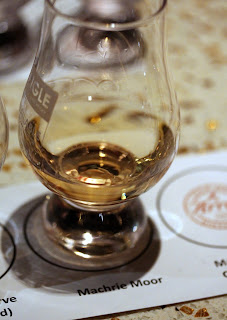 The Machrie Moor is the peaty version of the Arran, and in 2010 they released a limited edition under this name.  Machrie is the name of the Peat moor on the west coast of Arran.  Bottled at 46% without chill filtration, its most distinct feature, and I'm sure it's by design, is the lingering peaty finish, which obviously is not everyone's glass of whisky, but I love it!!

The sequel to that is the Machrie Moor Cask strength, which well, basically is a stronger version of the "normal" one. 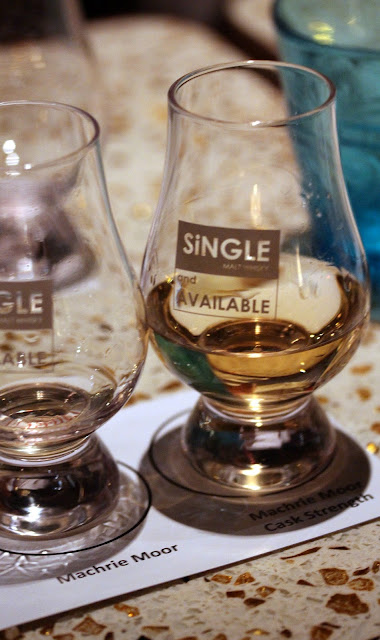 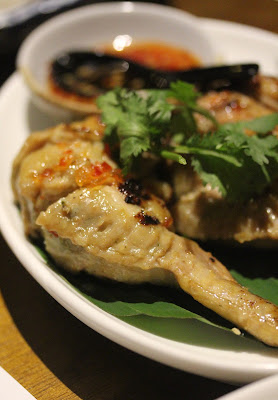 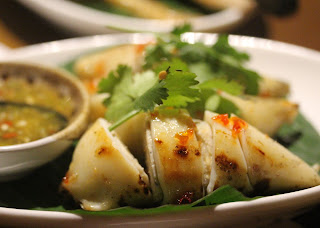 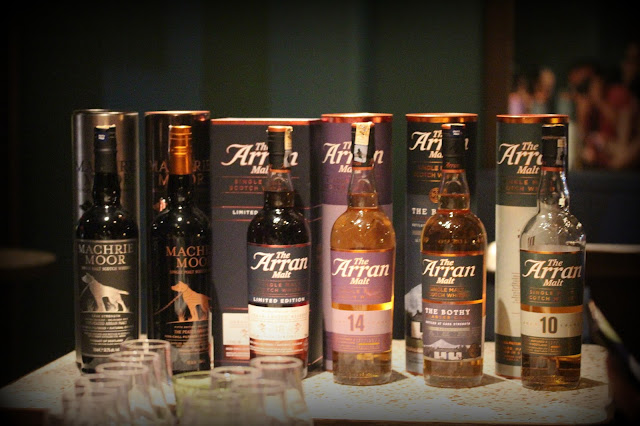 In summary ...ta dah, the curtain call of the STARS...

whisky & wagyu, what are other W&W combinations that's better?

lovely nature and food in Ipod!!!