Chez Gaston by Rendezvous, A Little Gem Tucked Away in Bangsar Utama 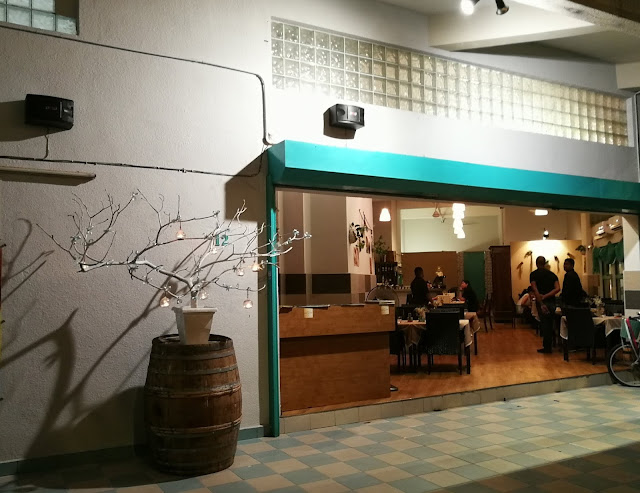 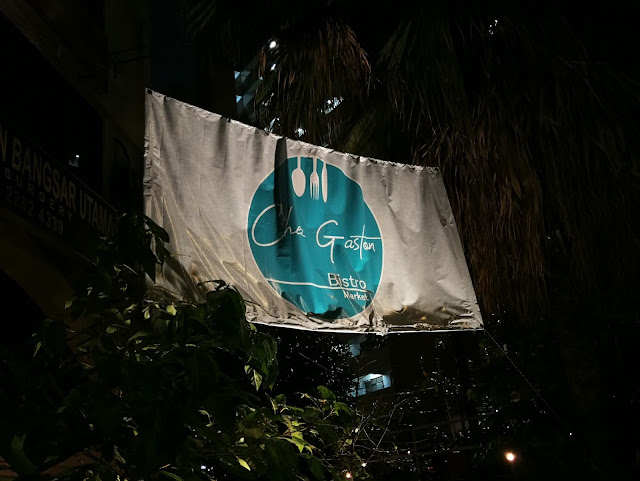 I'm not sure if it is by design, but this is the only signage that would clue you as to its existence.  It does look rather rustic, tucked amongst the leaves and bushes. 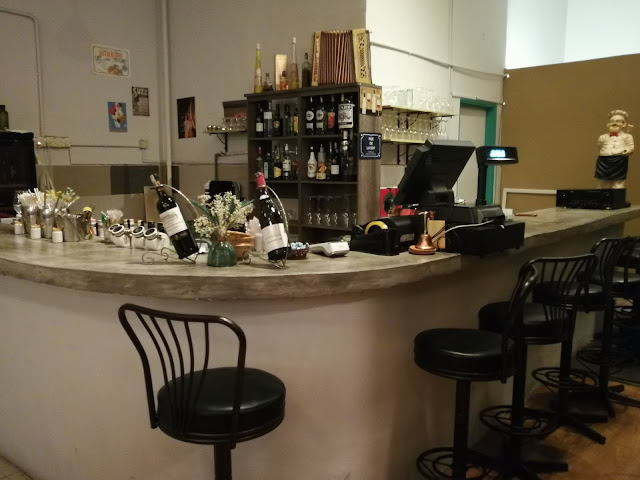 The interior is simple, almost minimalist.   It doesn't pretend to be a fine dining place, and indeed, a bulk of the lunchtime crowd are from surrounding offices, who patronize the place because of the incredibly reasonably priced set lunches, which change daily.

The rather serious Chef Florian, who hails from France, but has been here for 10 years or so, explains that he himself goes to the market every morning and sources the freshest ingredients for the lunch menu, so therefore it is not possible to predict the day before what will be available for lunch.  Such a system has its pros and cons, no doubt, but at the end of the day, it goes to show his commitment to freshness of ingredients.

The name Chez Gaston itself refers to his grandfather, who was also a chef.  You see, if this was set in a charming countryside in France, this story would garner oohs and ahhs, and awwws..... 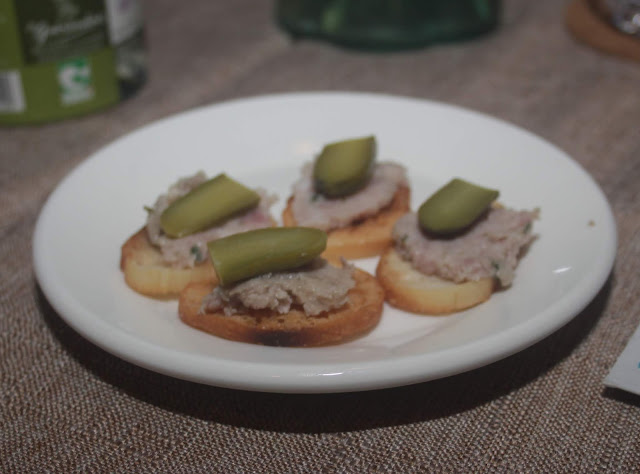 We start with an amuse bouche of  pate, pickles on toasted baguette. 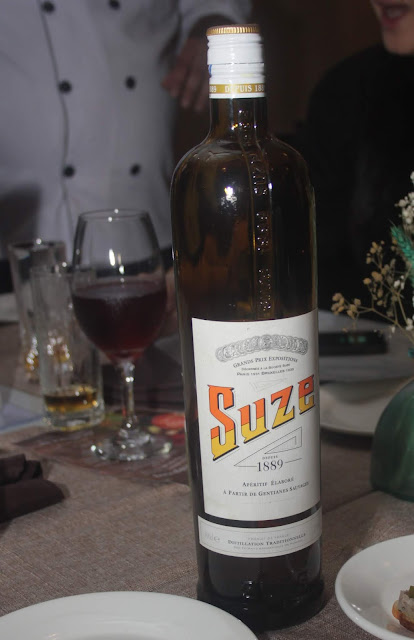 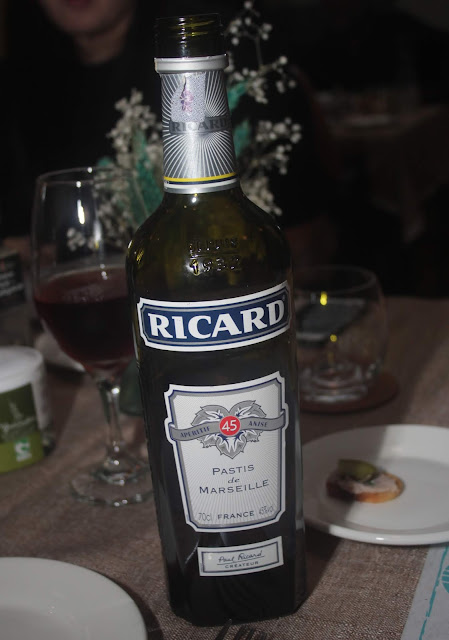 Some of the aperitifs Chef let us sample to tickle the palate.  I personally found both too sweet. 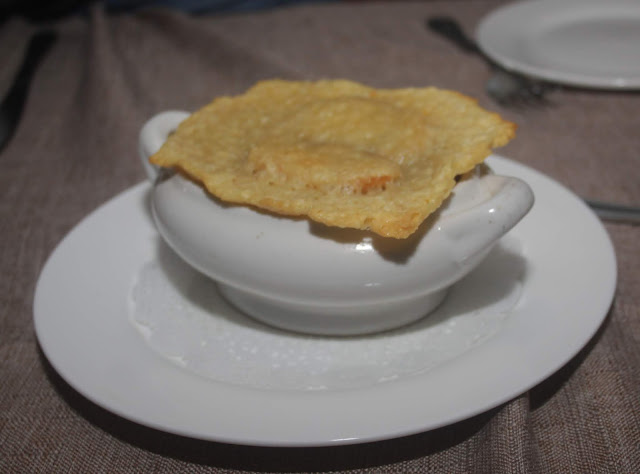 French Onion Soup, with a grilled cheese (Ementhal) topping done very uniquely, which made it perfect for dipping into the sweet onion broth. RM17 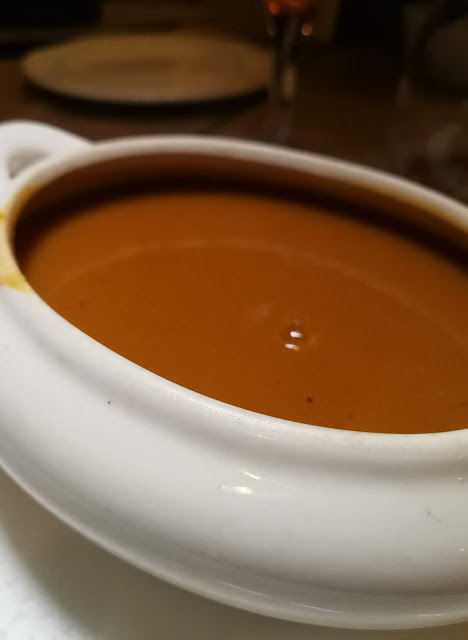 Fish soup, RM18, made from Chef''s father's recipe.  It's a rather thick fish soup, and very substantial, complimented perfectly with bread and butter.  I would recommend sharing. 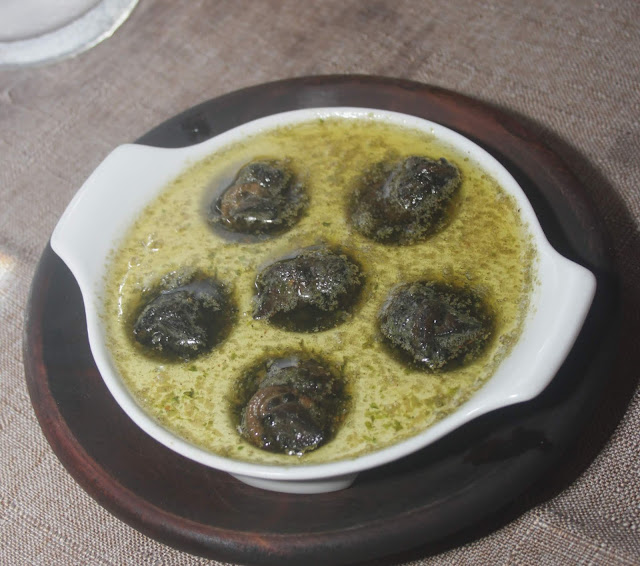 Escargots, swimming in wine sauce...which on it's own is a tad salty, but once you mix it up, and dunk some bread, is rather good. RM24 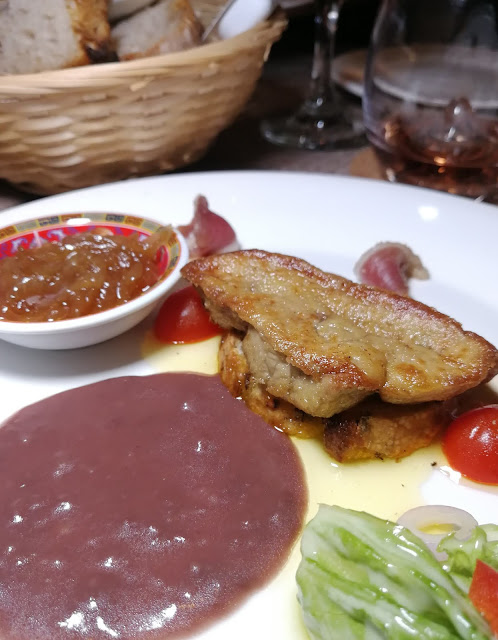 Possibly my favourite starter, because I am such a foie gras fan, and yes, the pan seared variety.  Now, that onion relish is soooo good, and so were those random slices of smoked duck.  The other real surprise was that fried bread beneath the foie gras, which had absorbed all the goodness of the foie juices. 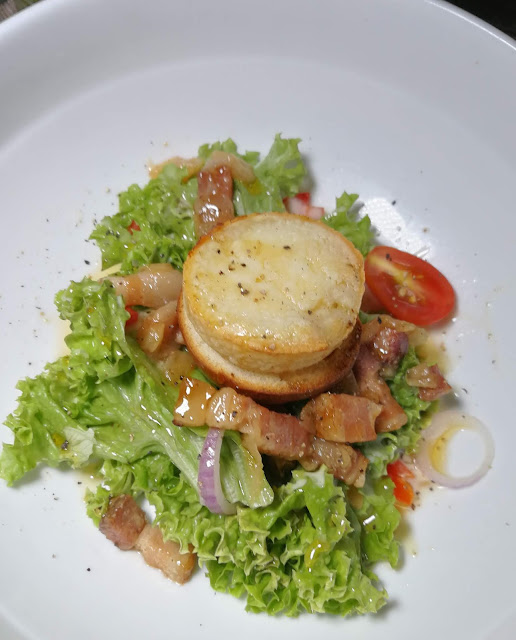 The salad with goats cheese and bacon bits was good, well, you can't really go wrong with a salad that has chunks of pork bacon, and the dressing, very subtle, slightly tangy, refreshing.  RM26 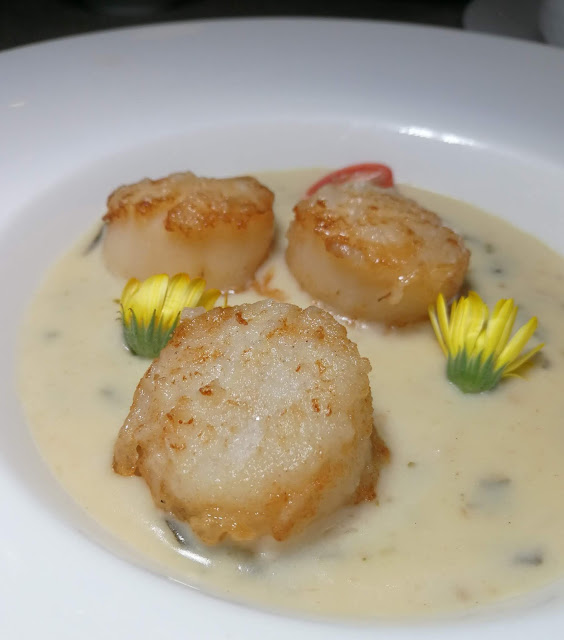 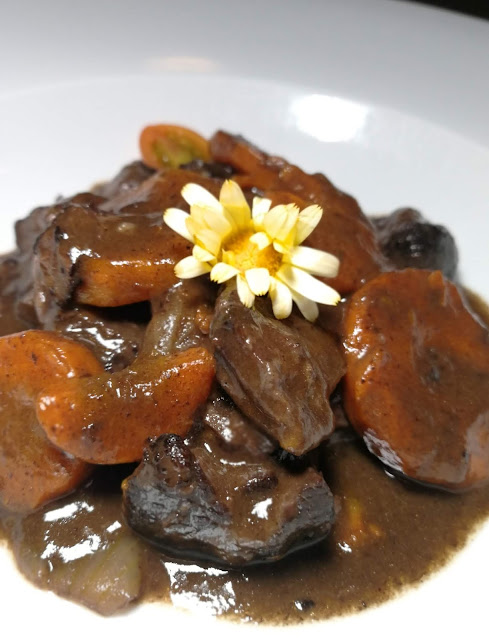 I can't see or hear Beef Bourguignon (that's a lot of vowels) without thinking of that movie Julia Julia...and have ALWAYS been fascinated by the dish.  To prepare takes like forever, so I'm glad there's a version that I find quite nice (although to be fair I have no yardstick to compare). 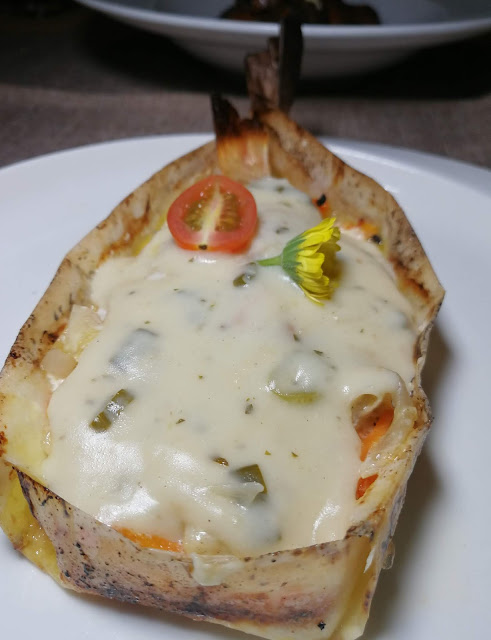 PSA - In the culinary arts, the term en papillote refers to a moist-heat cooking method where the food is enclosed in a packet of parchment paper or foil and then cooked in the oven. ... Word meaning: En papillote means "in paper" or "in parchment" in French (Courtesy of Google)

What distinguishes this dish is the multi layers within that parchment vessel, so you have to dig deep to savour the different flavours and textures. 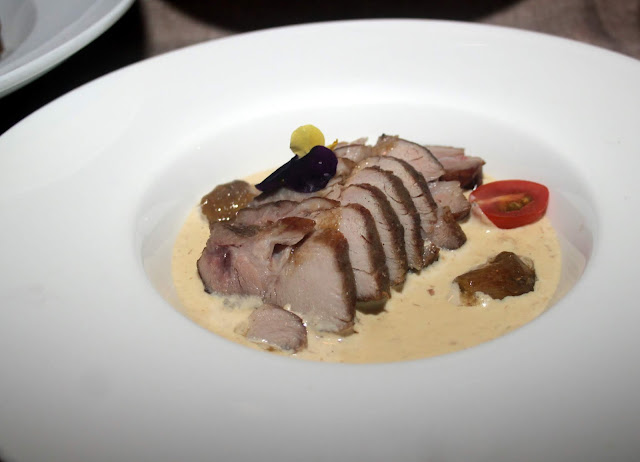 Pork tenderloin, okay, I prefer fattier cuts of meat, so this would too lean for me, although the sauce was nice.  Come to think of it, a lot of creamy sauces. 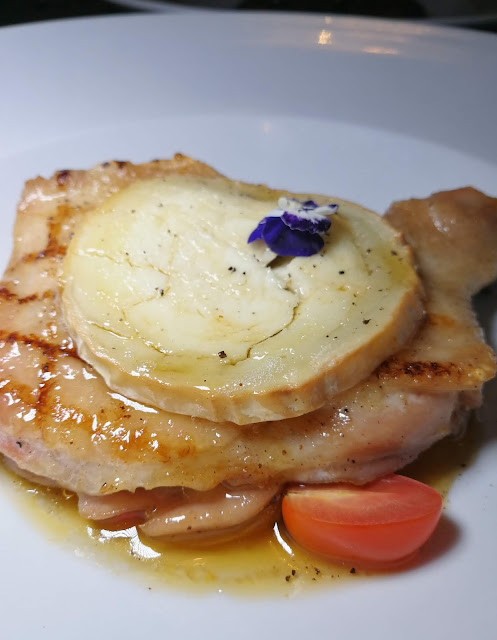 Chicken isn't a dish I would think of ordering in a French Restaurant, firstly because they always use breast, but to my surprise, Chef Flo uses thigh, and the result was actually a very good chicken dish.
Cuisse de Poulet Grillee Fromagere RM42.  On top of the chicken is goat's cheese. 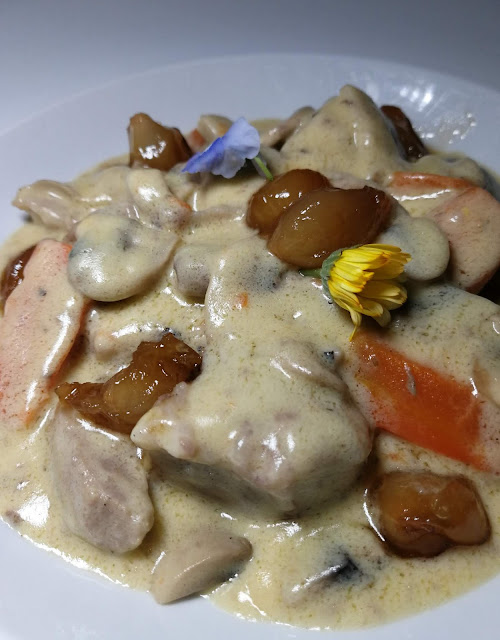 This Italian Veal dish thrown in for good measure, very rich and delicious, but it's a special, so don't count on being able to order it randomly. 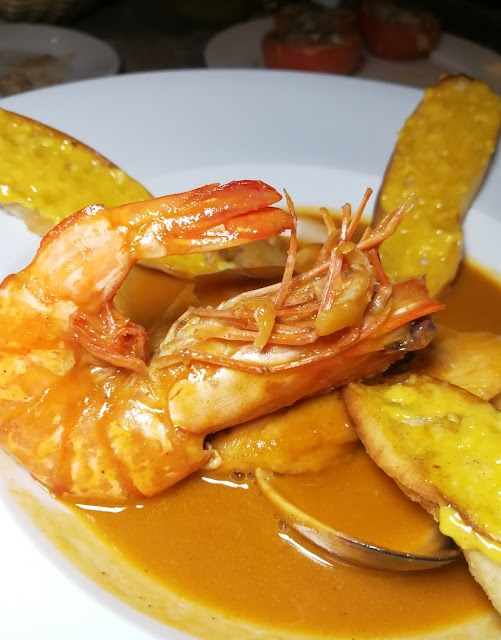 The Bouillabaisse, the iconic Marseilles seafood soup, is chockful of goodies, tiger prawns, mullet, and the soup, which is more bisque like than clear (unlike the usual Marseilles ones), is so good that left all of us wanting more.  Now, the main surprise was the breads, because well, it's bread, and at this stage of the meal, no one wants more bread, BUT one per chance bite into that crusty piece of goodness, it didn't take long before all of it was gone.

We all agreed that we could have done with more soup though. RM68 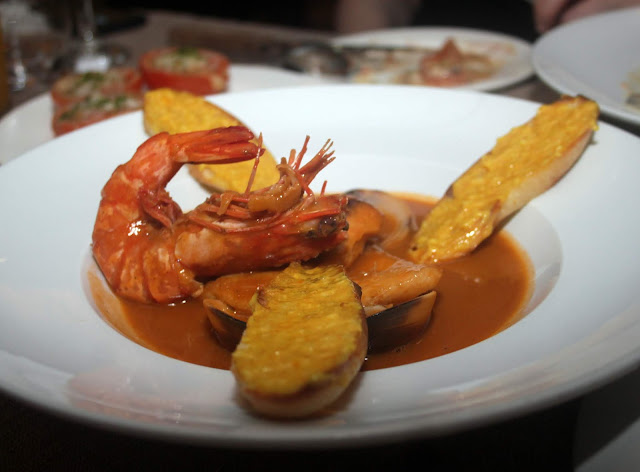 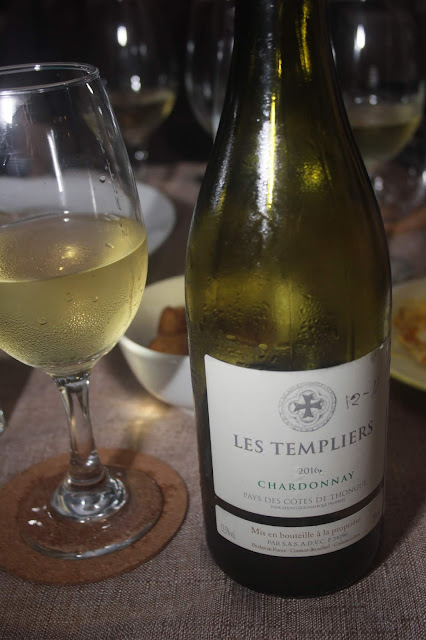 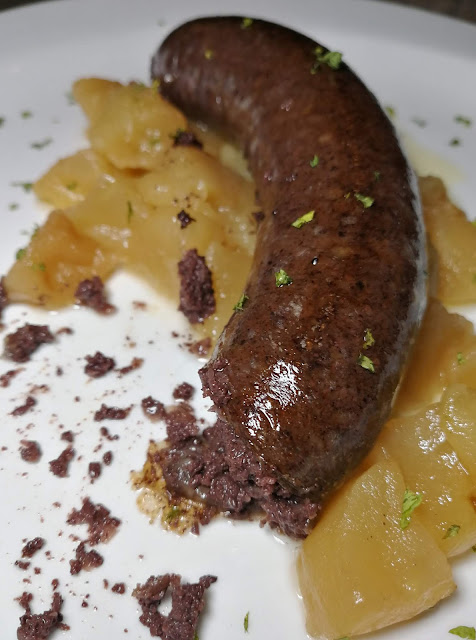 Although we were bursting at the seams, Chef Flo insisted we try his blood sausage.  Whilst I am not a fan of pig's blood, (not even in curry mee), Fay loved it, as did the others. 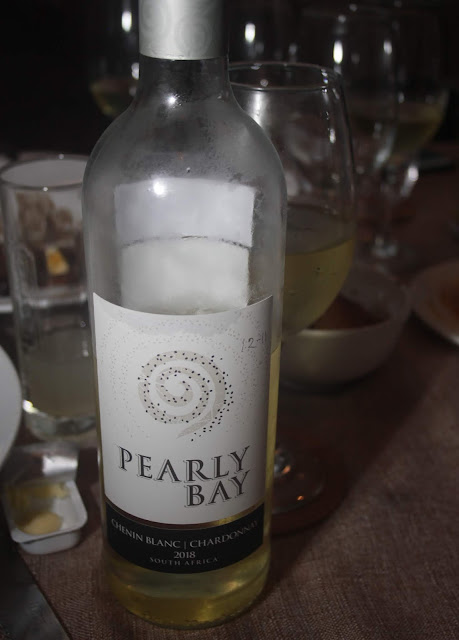 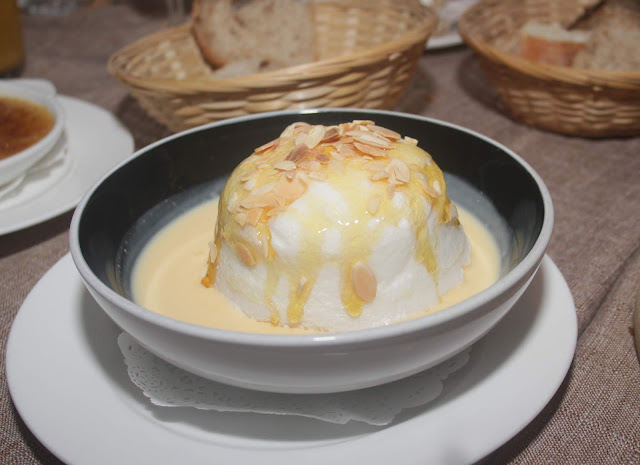 For dessert, this floating meringue island.. 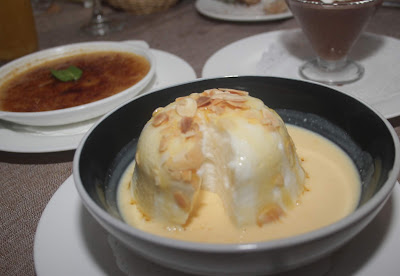 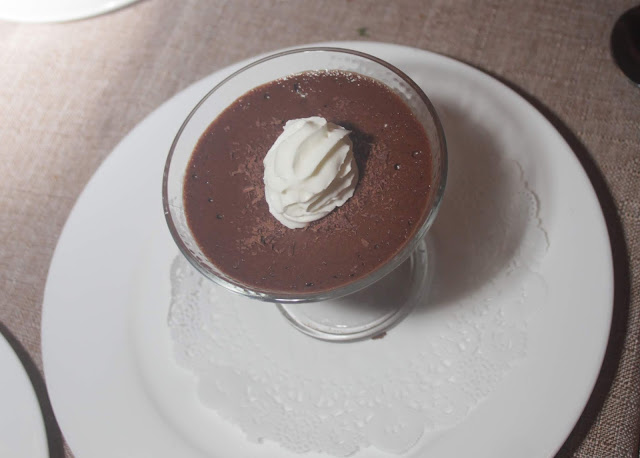 But this dark chocolate mousse wins the dessert trophy in my book. 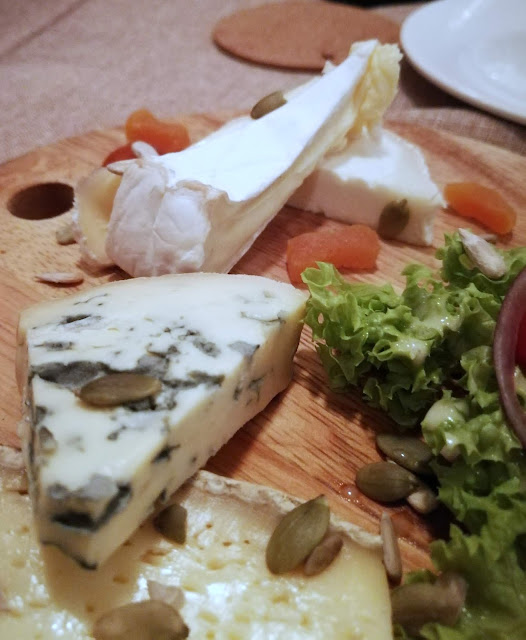 Apparently in France they have their cheese platter with salad sides.  We found this out when Anitaeats queried Chef Flo why was there a patch of salad... 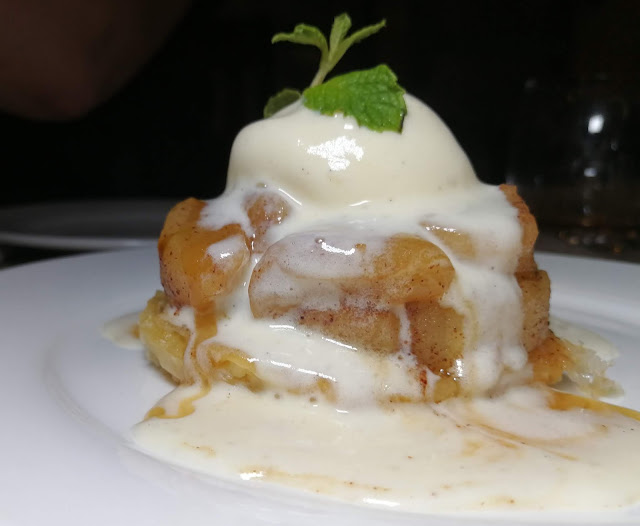 And apple tarte tatin...  with vanilla ice cream to end

As I said, it's a cosy unpretentious environment, casual French dining that won't burn a hole in your pocket.  The wine list is adequate, and very reasonably priced as well.  I really am looking forward to that chicken and beef bourguignon again.  Oh, and the scallops.  Oh, the the foie gras.

Posted by fatboybakes at 8:26 PM

The Dragon Chewer Press N' Pull is one of the most reasonable discount Pre Roll Boxes answers for multi-packs accessible. We have seen a flood in 1/eighth or 4-6 joints/cones per SKU for a great deal of brands.

The place look comfy and the food looks scrumptious especially apple tarte tatin! I think the environment is good too. If you want to have similar environment for your house, you can install wallpaper according to your own taste :D