It’s been 150 years since eight states independent of one another, each with its own administration, laws and interests came together as one in the Italian nation.

It was on March 17 1861 that unification of Italy was proclaimed. Since then Italy has gone from strength to strength on many fronts – politically and economically – and become a founding member of the European Union.

The Embassy of Italy will be celebrating the 150th Anniversary of the Unity of Italy with the launching of an Italian Film Festival from June 30 to July 4 at the Malaysian Tourism Centre (MaTiC) in Kuala Lumpur.

The five-day film festival presents a diverse collection of movies, beginning with Presa di Roma – The Capture of Rome and Arrivano i Bersaglieri – The Bersaglieri are coming, which record the historical events leading to the election of Rome as Italy’s capital. Then there is Ma Che Storia (What a Story) which traces the path of Italy in its 150 years of unity.

In between there are movies on love, passion and drama, all of them somehow related to Italy’s history such as Allonsanfan, starring Marcello Mastroianni as an old and tired revolutionary leader who now wants to live a quiet life in Italy after Napoleon’s defeat. La vera leggenda di Tony Vilar – The True Legend of Tony Vilar is about an aspiring singer who is in search of his idol, singing sensation Tony Vilar, who – like millions of Italians – left his country to look for a better life in the Americas. Seconda notte di nozze – Second Wedding Night depicts life in post-war Italy.

The opening night of the Festival will take place in the Tunku Abdul Rahman Hall in the MaTiC at 8.30pm on June 30, while the other movies will be shown at the Mini Auditorium of the MaTiC from July 1 to July 4, and at 8.30pm. Admission is free.
Posted by fatboybakes at 2:14 PM No comments:

Once upon a time, an enterprising man started a brand name of sauces and pre packed Bak Kut Teh Spices called Claypot, which subsequently became Tean's Gourmet, which spawned a whole range of spices, and pastes.... 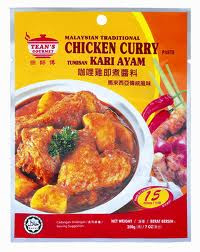 Photo lifted from the internet....thank you to the source, whoever you are. (I think its asiansupermarket.com) 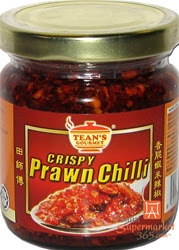 Now a household name, the next natural step was to open an outlet where the public can sample the innovative dishes prepared by the master himself, James Tean (almost like James Dean).

I had heard about the legendary bak kut teh burger, a day before I was due to attend the food review, and was rather excited by the prospect of such an interesting sounding dish. SS2 mall is still new, so parking was easy enough. It was nice to see some old faces, like WMW of UGWUG. We were warmly greeted by Angeline of Integrated Public Relations, the PR company handling J Tean's Kitchen, ...and later on I discovered that Angeline is actually the sister of a good friend of mine. How small is this world.

Lunch reviews are always very decadent, the idea of sneaking away from the office, to stuff your face, and return in a zombified comatosed state of over indulgence. And this time was no different, if not WORSE!

We started off with a couple of soups, a pumpkin soup and a vegetarian bak kut teh (by definition that sounds wrong, maybe just a vegetarian kut teh, bakless), which come served in a dome of puff pastry. Actually puff pastry though delicious, really makes the dish a bit too filling.

Braised Pork buns for starters. Fluffy mantaos (plain buns) with deliciously seasoned pork. Very easy to eat, and hence running the risk of overeating. It's like a deconstructed pao, ...since deconstructed dishes seem to be the craze these days.

The creamy pumpkin, with lots of golden needle enoki mushrooms. My favourite ingredients. And surprisingly, Master Tean says there is no dairy added to the soup, despite its unusually creamy texture.

The Master himself slits open the puff pastry to show us what lies beneath.

Special J Ribs, which have been seasoned and braised for a long time. Moist succulent flesh falling off the bone.

J- Knuckles.... a familiar take on a familiar dish. The crispy skin makes it the selling point, and the chunk of meat is accompanied by a deliciously refreshing coleslaw. This dish actually screams for a beer to accompany it.

J Curry Ribs, with Spaghetti. I'm not sure if I liked the idea of Spaghetti, I would have preferred it with our usual yellow noodles. But the curry ribs itself were good regardless of the accompanying carbo partner.

J-Porky Pie.... he does love his puff pastry. It's quite rare for what is essentially a chinese restaurant to use so much pastry. Slabs of pork belly lie encased in this shell, ...it tastes a bit like the belly pork with salted vegetable, (mui choi kau yoke) in a pie.

The piece de resistance, J Tean's Bak Kut Teh. Actually its served with rice, but I don't have a pic of the rice. Lovely fatty pieces of pork, lean ribs, some pig stomach thrown in for good measure, swimming in a gloriously herbal stock. It's almost comfort food. But as you can imagine, by this time, some of us were starting to oink.

Chicken & Pork Burgers. It was decided during the course of the meal that the burger buns could be replaced with the deep fried man taos, like the signature BKT burger.

The BKT burger. Well, certain to put an end to any immediate craving for a pork burger. I love the fact that the meat in the pate still retains some chunks giving it a nice texture, reassuring you you are not eating some processed gunk. Kidney of a horse, liver of a cat, that kinda thing. Good unadulterated pork.

A cross section of the BKT Burger.

For the non pork lovers, respite is given in the form of this Chicken in Chinese Wine. Confinement food, but hey, isnt confinement food yummy? 4 kids later, I find myself yearning for Vinegar Pork Trotters and Chicken Wine sometimes.

Fried Radish cake... not really my thing, though the batter is nice and flaky.

The pumpkin dessert is almost a sweet version of the savoury soup, with the same rich creamy texture. It's called Golden Beach dessert....conjures up images of its distant cousin, the cocktail names S** on the Beach...

Malacca Rainbow....a bit too sweet for me. But if you have a sweet tooth, go for it.

A bright cheery alfresco area for those wishing to enjoy our tropical weather.

And as of press time, apparently there has been some new items on JTean Kitchen's menu, as shown below: 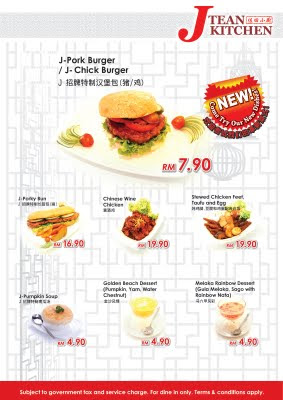 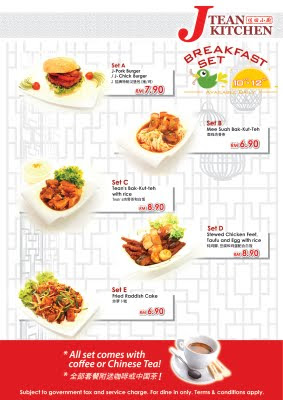 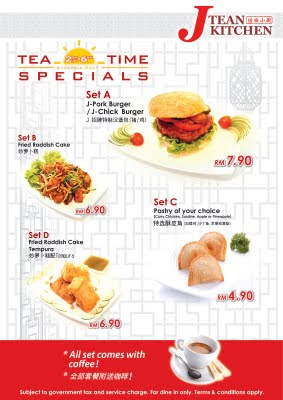 So head over to SS2 mall for your BKT fix, or pork burger fix. I don't mind going again soon. Any takers?
Posted by fatboybakes at 12:53 PM 8 comments:

No relation of our satellite TV provider, or the little Japanese boy-robot with the pointy ears. Astrolabe is a boutique winery in the Malborough Region, of New Zealand, yes, where hails the highly rated Cloudy Bay, and other fine fine savignon blancs.

A posh ladida wine tasting at Senses, KL Hilton, with the gliterrati, such as Alison for whom I have to thank for the invite, The Queen, (Awhiff of Lemongrass), The Empress of food bloggers, Masak Masak, and Splashie Boy, to expose the plebs such as I to the wonders of Malborough.

Sipping bubbly at the foyer with canapes floating about....in this case, fresh New Zealand Pacific oysters in a lovely tangy passionfruit sauce. Oh, did I mention the chef for this event is none other than .................

.........our own favourite Lil Chef, Michael Elfwing. Yes, the same one that makes the chicks go gaga at events like MIGF. Lucky Aly....

Rubicon Reserve Wines is the company that distributes the wines, and for the moment apparently the wines are only available in selected outlets, Senses being one of them.

He may not look it here, but in real life, David Coleman, of Rubicon Reserve Wines, looks like Colin Firth. He regales us with in depth knowledge of grape and the nectar of the gods.

Jason Yank, who is actually not a Yank but Aussie, from Astrolabe Wines.

The bubbly Szigeti Gruner Veltliner that accompanied our oysters...and gave us a nice buzz that set the mood for the evening.

Terroir - Escargot, Smoked Duck and Edible Clay....earthy... yeah, definitely, with Astrolabe Pinot Gris 2010. The food, ah, testimony to the creativity of Lil Chef. A burst of flavours and textures, enhanced by the Pinot Gris, which I presume must be the white version of a Pinot Noir? Edible clay, such an interesting concept. The duck was gamey, but yet tender, and the escargot lent a nice chewy texture and flavour. The wine, citrusy and refreshing.

And the food, oh my...the Snow Crab is to die for. The gurnard with sea garnish and the little neck clams were nice, but give me the snow crab and lots of it.

The little neck clams were cooked in this super cling film that can withstand furnace heats, therefore preserving all the juices and flavours of the clams, forming a little soup.

Next was the Horopito & Sarawak Pepper spiced NZ king salmon quenelle with sorrel beurre blanc with the Astrolabe Chardonnay 2007. Chardonnays have apparently suffered a bad rap over recent years, and Astrolabe's introduction of it at the tasting was to change our minds ...however, I have to say, hmmm, Chardonnay, still not my favourite. It was alright, but I would happily eat that outstanding salmon with any of the three savignon blancs served before this.

To go with the meat, an Astrolabe Pinot Noir 2010.... a gorgeous light red, that really enhanced the experience of the quail and veal and generous shavings of summer truffle. At this juncture, I should mention that the price tag of RM318++ for this wine tasting is outstanding value. I really must get myself to more of these soirees, especially if Michael is cooking.

David sharing a light moment with us. It was somewhere at this point we noticed he resembled Colin Firth.

Dessert, Poached organic Beurre Bosc pears, brie ice cream & blue cheese puff pastry, Astrolabe Gewurztraminer 2009. An ingenious dessert combination, though I have to honestly say I am not a fan of dessert wines, and feel like I am drinking a syrup. However, the dessert wine fans on the table did enjoy the dessert wine.

I do look forward to the day when we can purchase some of these gorgeous savignon blancs off the counter, and I ALSO look forward to the next wine pairing dinner at Senses, esp if Michael Elfwing is at the helm. Special thanks to Aly for the invite, and to Rubicon & Astrolabe for having me.
Posted by fatboybakes at 3:15 PM 4 comments: