If you think about it, there's actually a dearth of nice Alfresco places to chill and dine and drink... So it was rather clever I think, of Morganfields in Damen USJ to have the first Somersby Cider Garden.  Okay, I am sure in sweltering afternoon heat it might not the the idealest of venues, but on the evening we were there for the launch of the Garden, and their specially curated menu to pair with four variants of cider, it was lovely ambience to be sitting outdoors sipping icy cold cider. 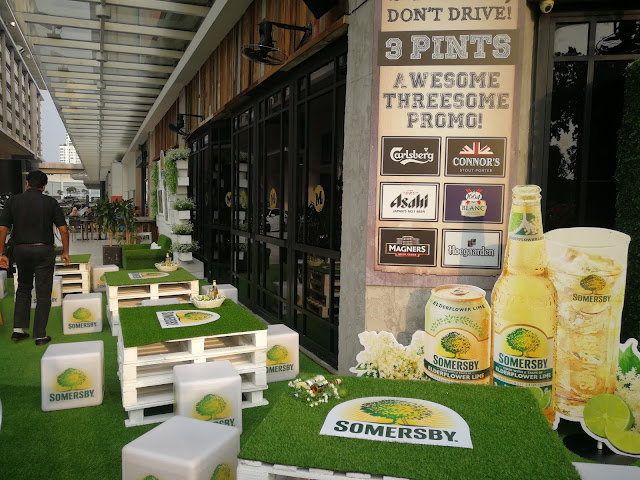 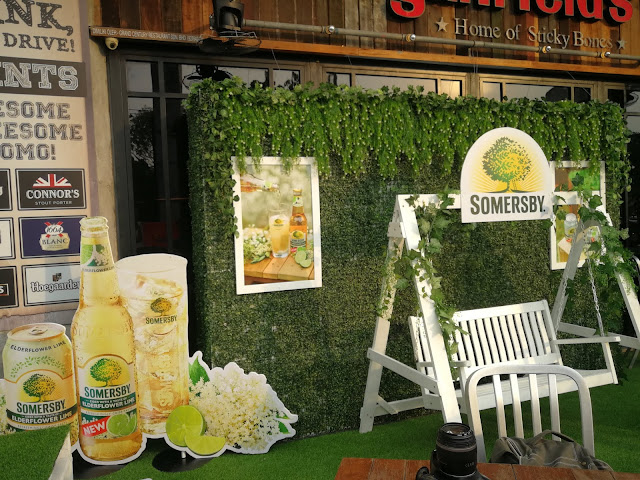 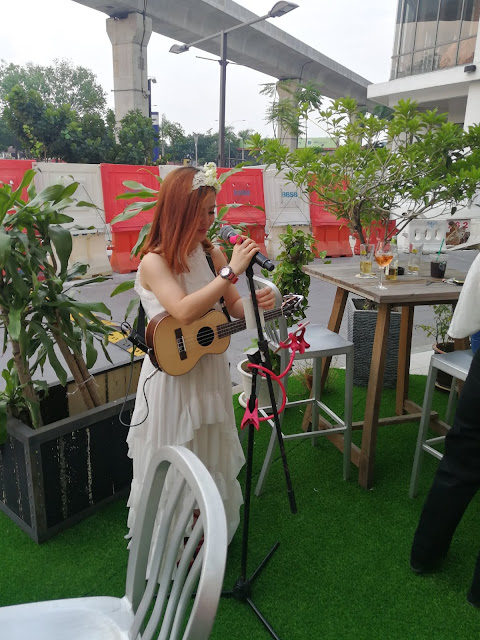 To be honest, I am totally not a cider fan, nor a fan of any sweet alcohol.  But the summerlike atmosphere, with Ukeleleist and live entertainment with lots of porky stuff to eat made it quite an enjoyable evening.

Somersby Cider Garden is also I believe the first place to serve cider on tap, in the Klang Valley.  The four varieties of cider we got to sample were Blackberry, Apple, Sparkling Rose (my personal favourite), and the newly launched Elderflower Lime, which is every bit as refreshing as the name implies. 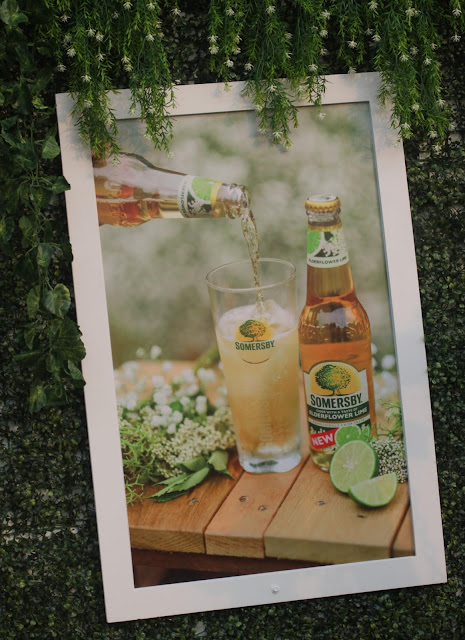 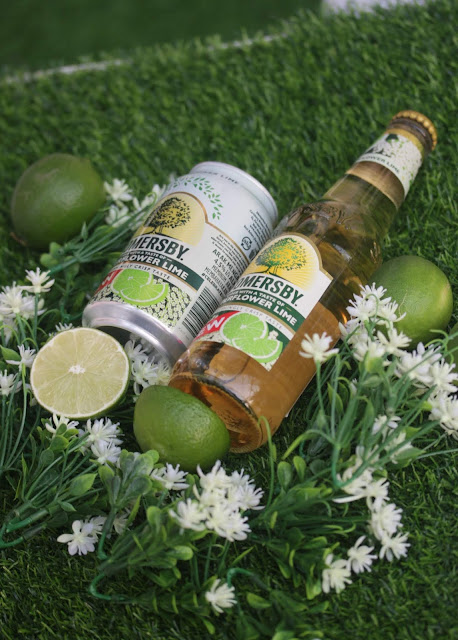 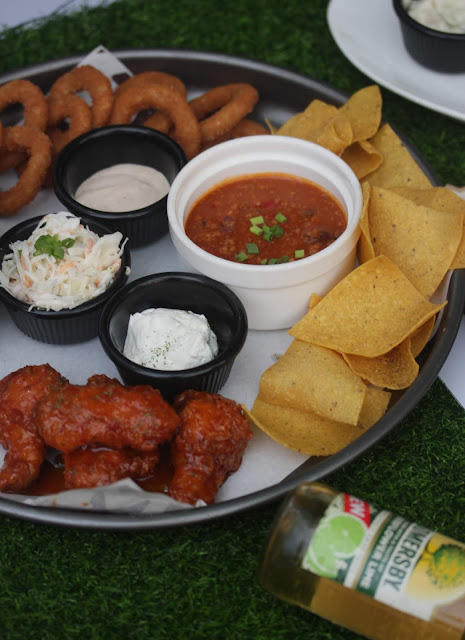 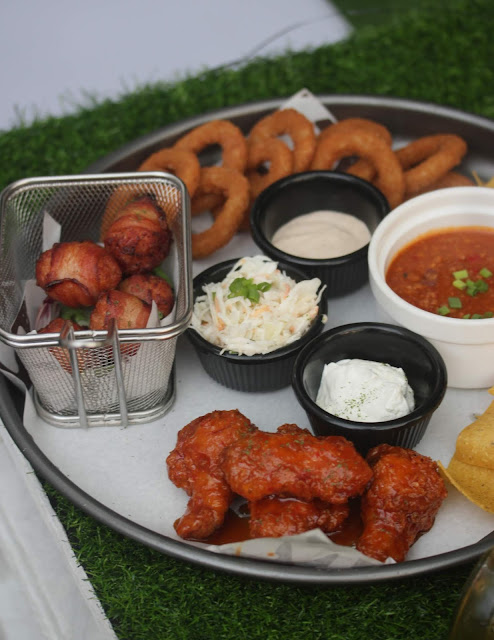 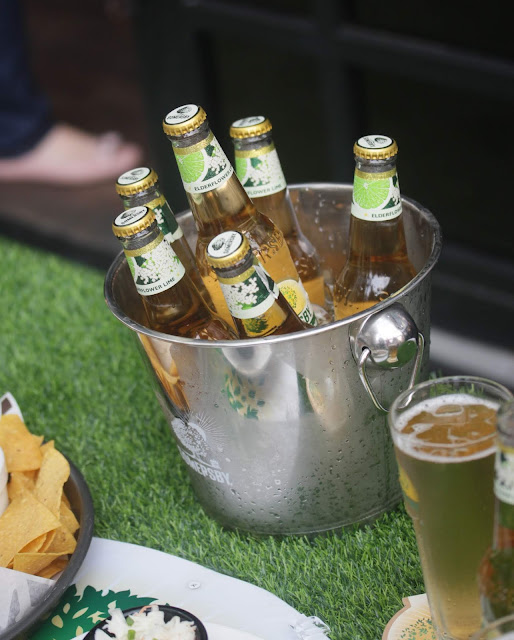 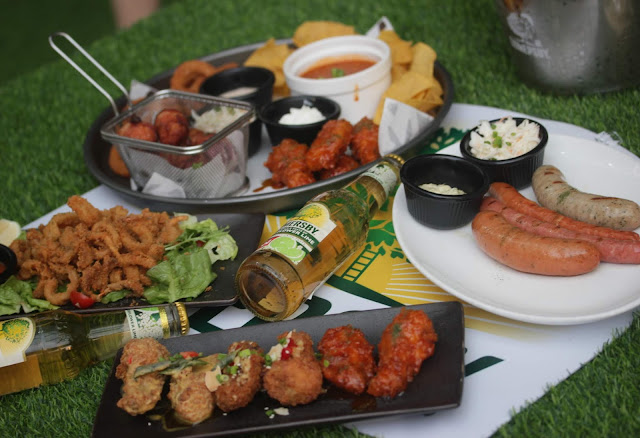 The menu crafted to pair well with the Elderflowers consist of the Jack Daniel's Baby Back Ribs, (ooh, alcohol on alcohol), Sticky Wings, 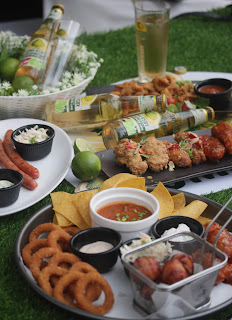 Fourplay, a naughty play on words if I ever heard it,  Bacon Wrapped meatballs, Onion Rings, Chilli Concarne with Tortilla chips, and sticky wings. 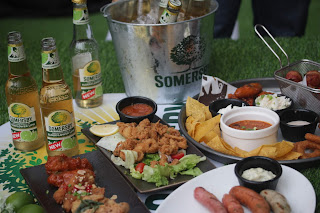 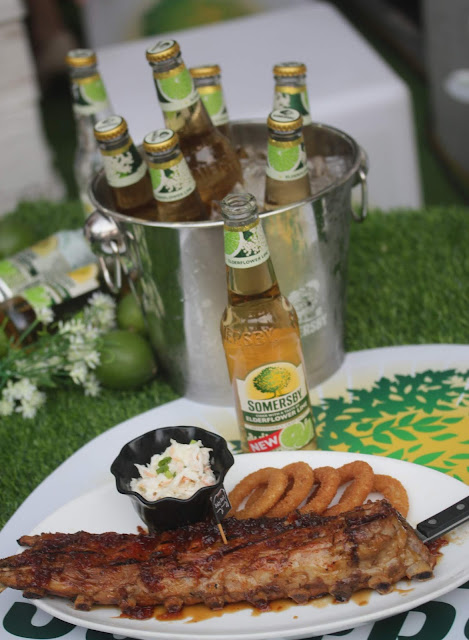 (Above is the Jack Daniel's Baby Back Ribs) 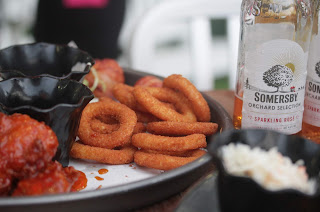 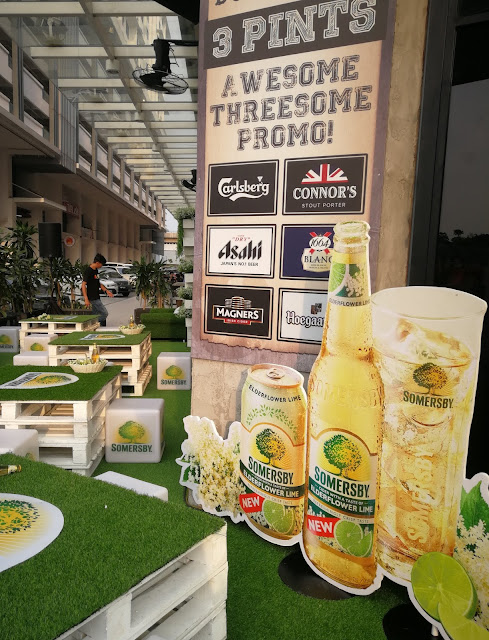 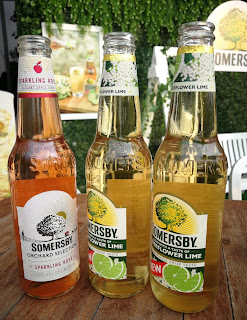 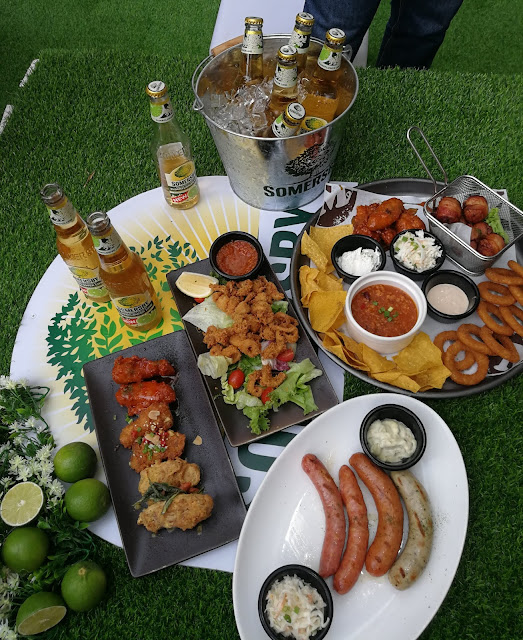 The Pork Sausage platter consists of Spicy Devil, Smoky Bandit, Herby Dog and Cheesy Cheese...cute names I have to say. 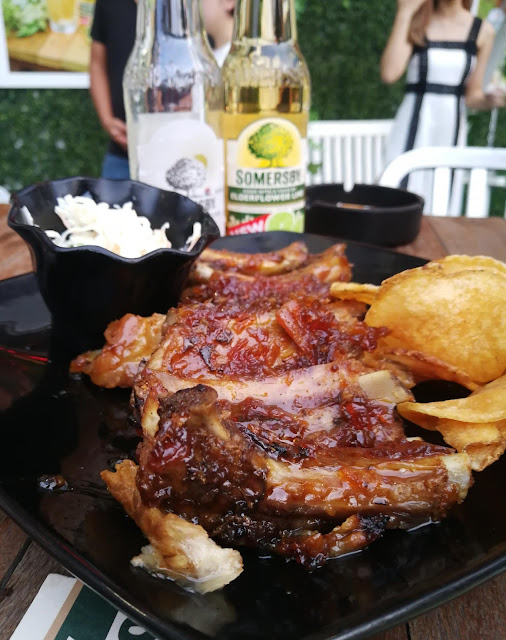 This dish was the best, paired with the Elderflower, the Jim Beam BBQ Baby Back Ribs.  The ribs average around RM70 but is a huge serving that can easily feed two or three.

Posted by fatboybakes at 5:48 PM No comments:

Owned by the enterprising lady Sainy Chun who also owns Two Ox (French) and previously Maison Francaise, YG Republique is an obvious choice for her portfolio, being Korean herself.  Located in the trendy (a bit too trendy for old folk like me) TREC, YG Republique comprises Samgeori Butcher’s 삼거리 푸주간 , which is the BBQ grill restaurant and K-Pub, whose name should be self explanatory.

Unfortunately there were only TWO of us at the food review that night, so a food coma at the end of the night was inevitable, without having the chance to really sample a wide variety of stuff, as how much can two people eat.

Their signature package of Iberico meats, very quaintly wrapped in Korean style newspaper, for the novelty value I presume, adds an air of mystery, as the waiter unwraps and unveils what's "in the news"...It also is how meat is served in butchers in Korea apparently. 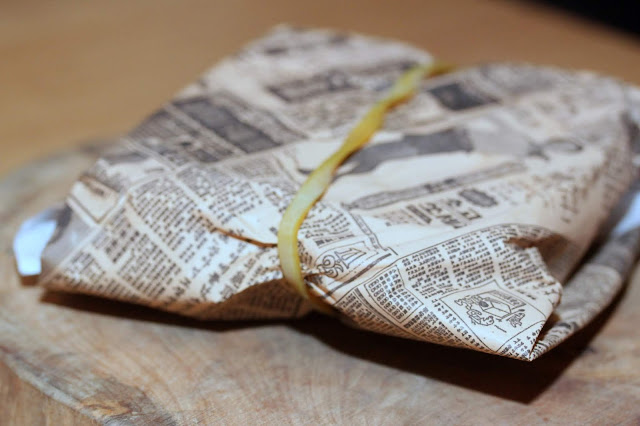 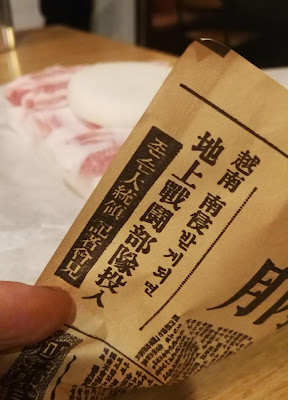 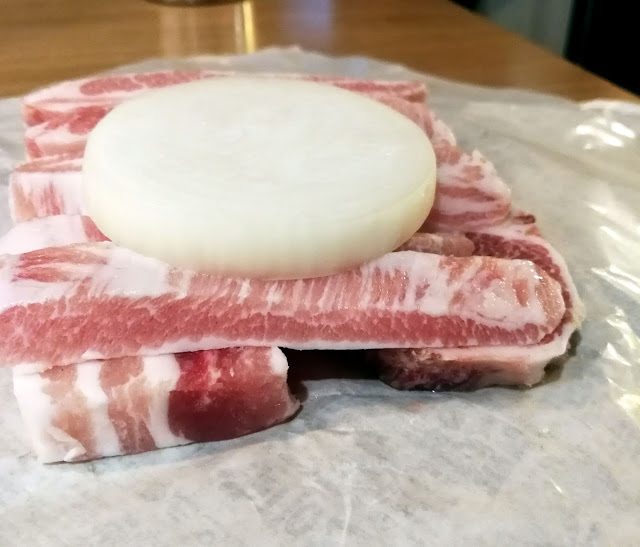 These gorgeous cuts include belly, neck and jaw, which are masterfully grilled in the Korean bbq pit. 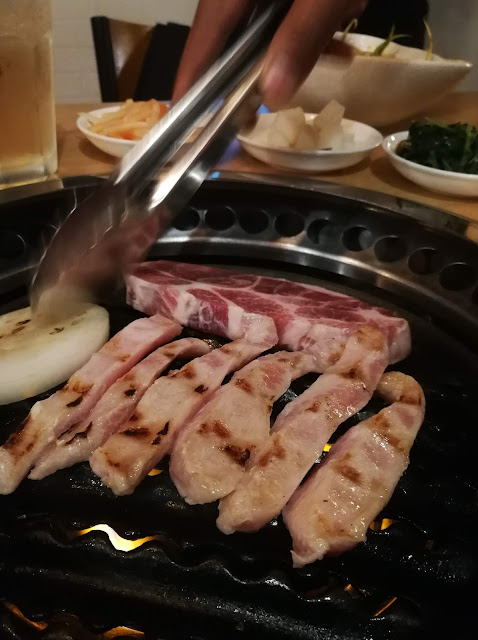 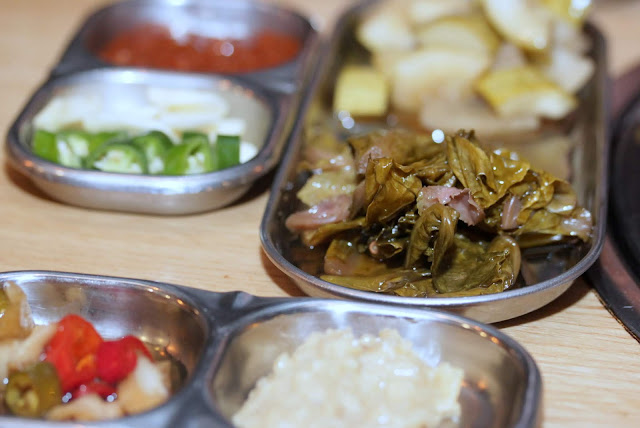 Accompaniments are a plenty, which a wide spectrum of flavours, from sour pickles, to spicy chillies, 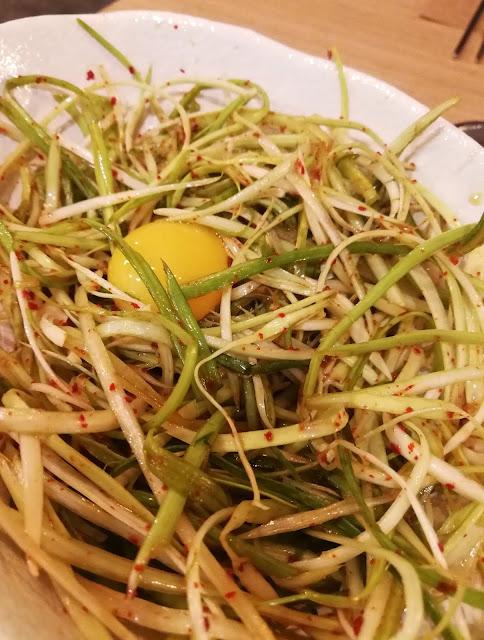 I found this salad with an almost raw egg yolk, if not raw, rather interesting. A symphony of flavours and texture, I think its made from some Korean chive, which gives it that rather grassy texture, like the chinese kuchai.  I am not sure what the raw egg does to the equation.... Kinda like carbonara meets kimchi . 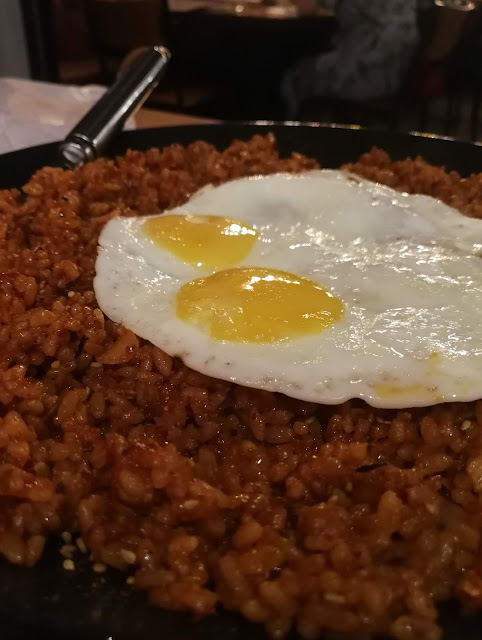 Their signature pork fried rice, which costs RM25 per portion per person.  I personally don't like these mushy paella risotto type textures, and prefer the fluffy chinese style of fried rice, so while the taste was good, it didn't do much for me cos of the texture.  Perhaps it was just mushy that night, cos I've seen other pictures of it that didn't seem quite so mushy. 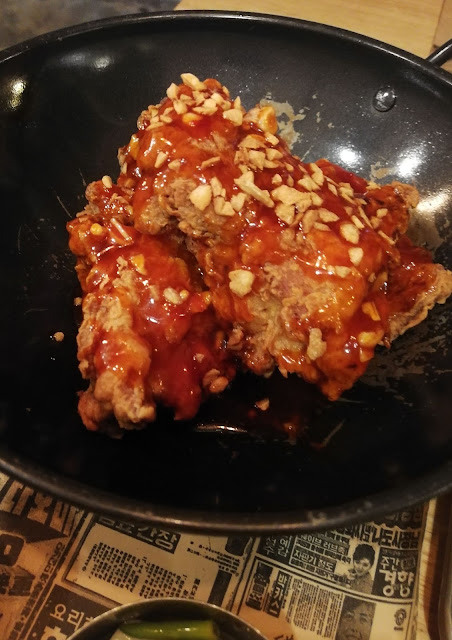 The signature K fried chicken is a must for fried chicken fans.  Crispily battered, with their special sauce, is rather good.  Screams for a beer though. 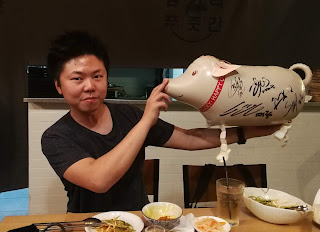 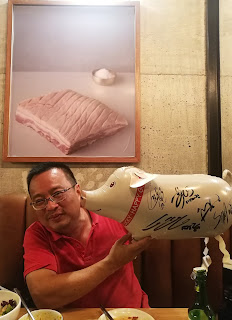 When we visited, it was shortly after some K Pop star had visited, so there were autographs on the wall, and on this cute inflatable pig too.

Prices for the Iberico start at RM170 for the Butcher's sampler, (the one we had).  The menu is quite extensive, and has Wagyu Beef options as well.

Posted by fatboybakes at 11:08 PM No comments: