As usual, Carlsberg kicks off the Chinese New Year celebrations with much aplomb, from lion dances to pole dancers, beers paired with their signature succulent roast pork, and this year a whole chinese banquet paired with the different Carlsberg products.

Held at the HXC Grand Ballroom in ICC Pudu, this year's Prosperity Begins With a Pop promised to be a fun event even from the entrance. 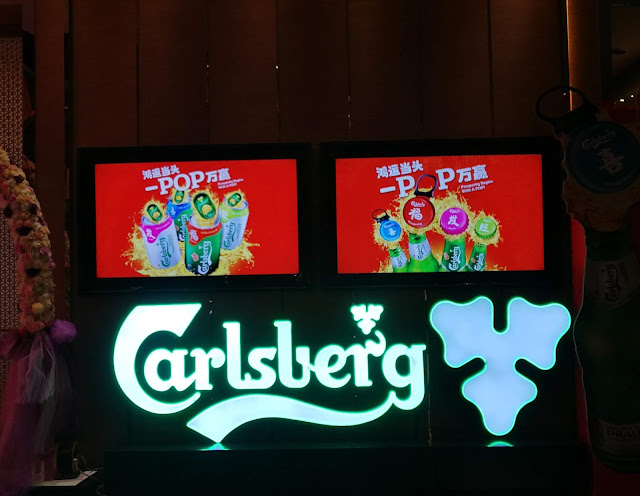 Nothing more welcoming than the Carlsberg signs at the entrance... 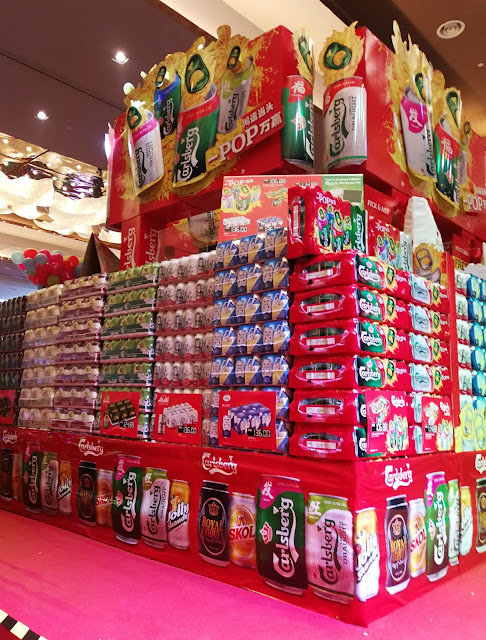 The behemoth of Carlsberg products on display 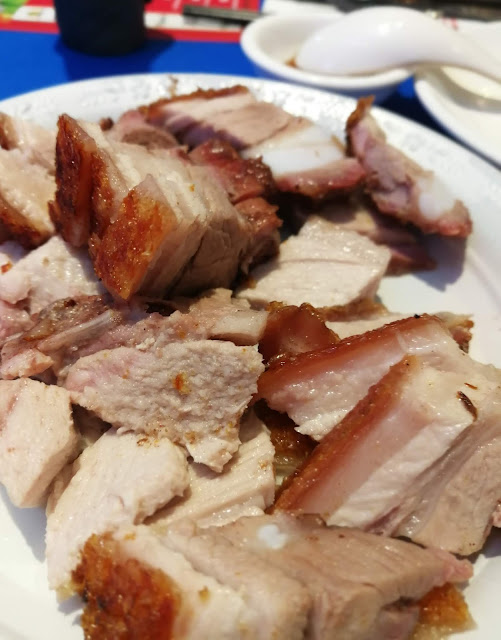 The signature succulent roast pork which graces quite a number of events was a great starter to the night, and helped "line the stomach" 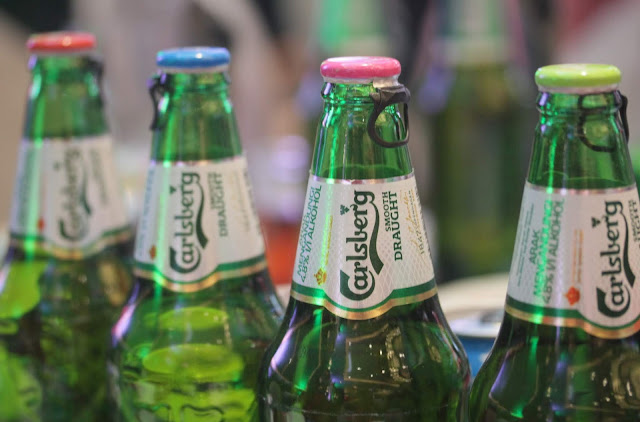 This year the bottle caps come in 4 colours, representing Happiness, Prosperity, Wealth and Good Luck, with a chance for lucky winners to win stuff if their cap is the winning cap. Some of the more interesting prizes include an E Mahjong table, Groceries of up to RM800, etc. 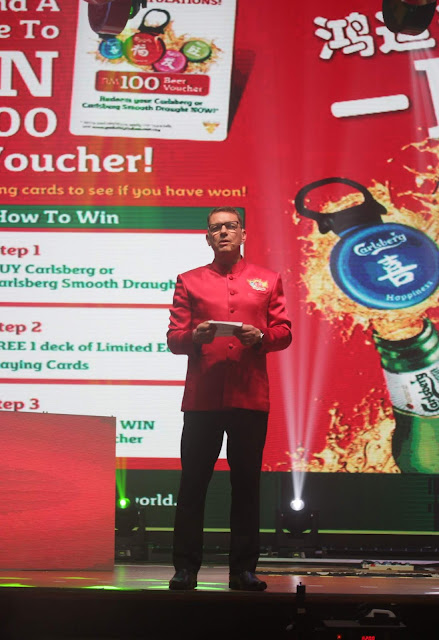 “Proud to be in the forefront of innovation, we celebrate this CNY with not just one colour – red but three, adding vibrant green, pink and blue - to Carlsberg and Carlsberg Smooth Draught bottles and cans, giving a modern twist to the four Chinese greeting messages of Prosperity, Happiness, Wealth and Good Luck!” Lars Lehmann, Carlsberg’s Managing Director, said in his opening address. 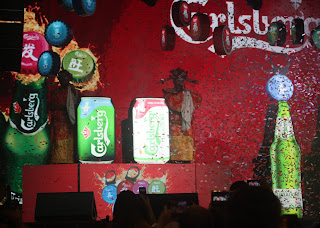 Back by popular demand for the third consecutive year, “Probably The Best CNY Shopping Experience” activations will be held at participating supermarkets and hypermarkets on 12, 13, 19, 20, 21, 24, 26 and 27 January 2019. Thus far, 65 winners got lucky at the activations that took place on 30 December, 5 and 6 January winning the Grand Prize of groceries all paid for by Carlsberg!

Campaign. Do check out their website for details on how to win. 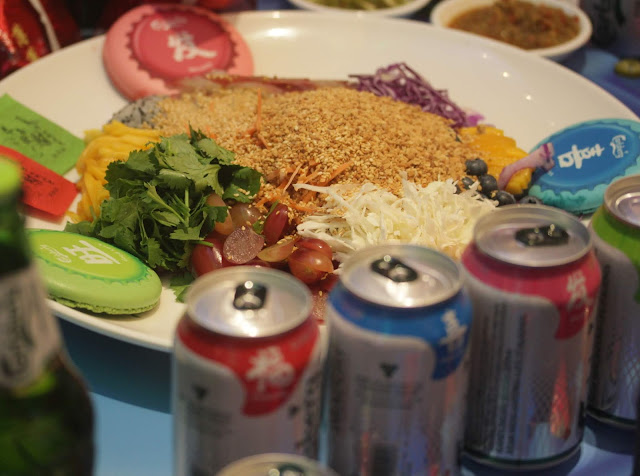 The first Yee Sang of the year for me, and it was delish, I have to say.  In fact, all the food at the hitherto unknown HXC Grand Ballroom was pretty good. 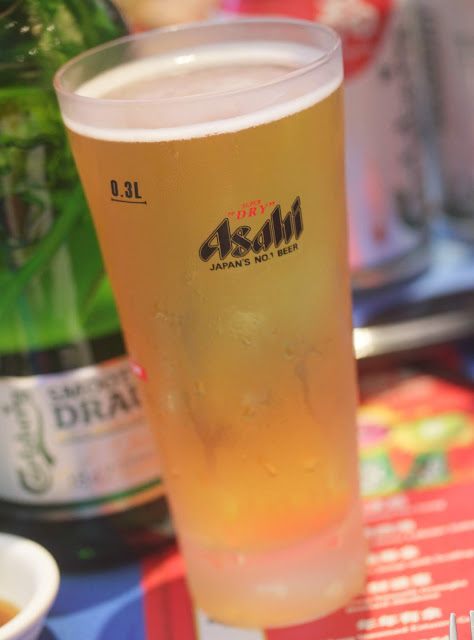 One of my favourites in the Carlsberg portfolio. 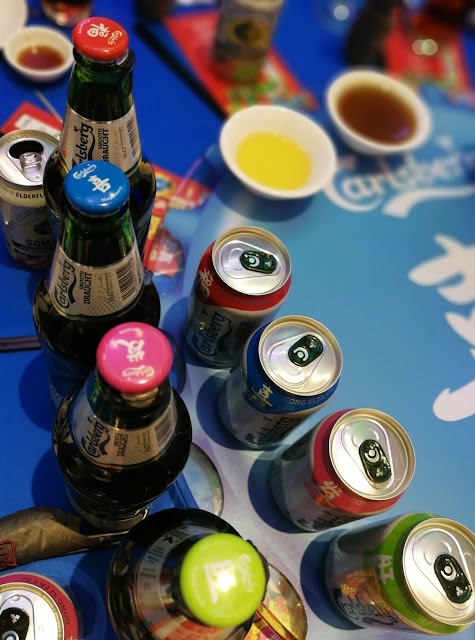 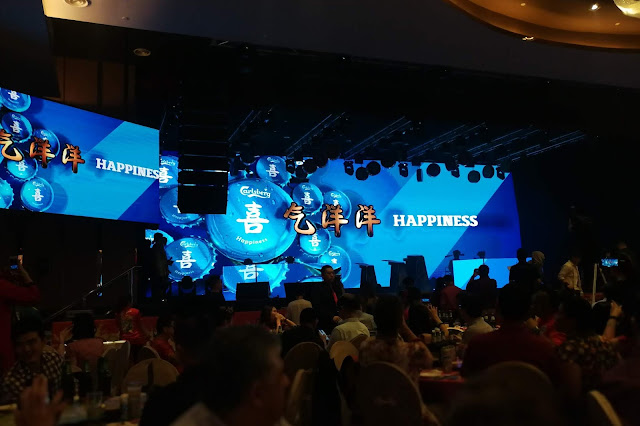 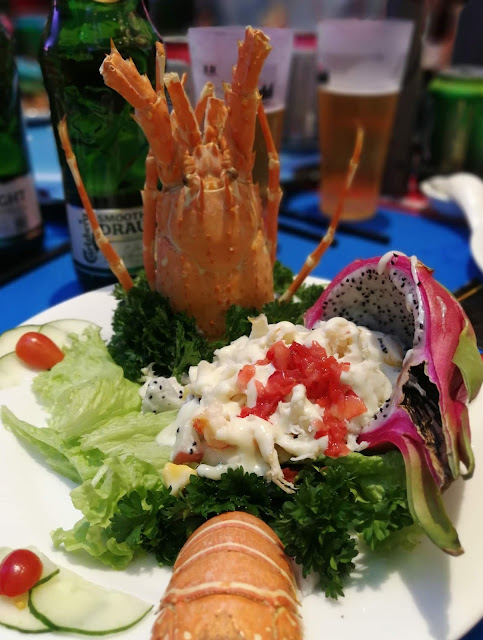 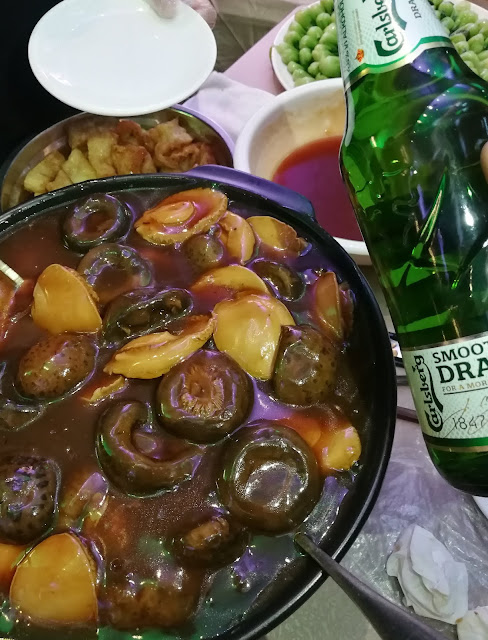 Definitely the highlight for me, this decadent abalone stew infused with Carlsberg smooth draught, although I couldn't taste it in the actual dish...but hey, there was more than enough from the bottle to make up for any lack of draught flavour. 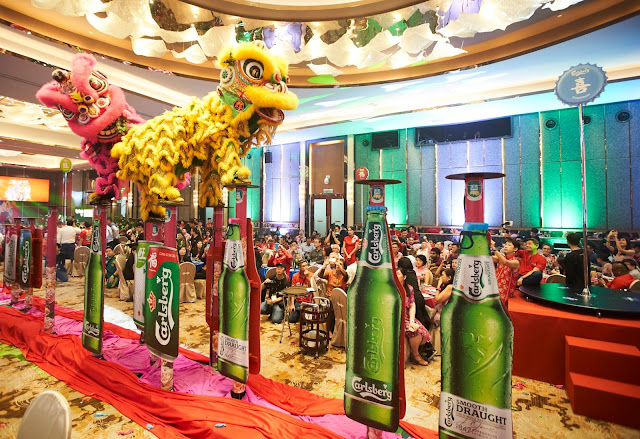 For more info on the various competitions, check out their websites at

Posted by fatboybakes at 12:31 AM No comments:

It's always a pleasure to be invited to Carlsberg events, and when the invite is for the opening of a new craft beer bar at TGG, Plaza Arkadia, one cannot say no.  The entire upstairs of the TGG place has been decked up as a Brooklyn dedicated bar. 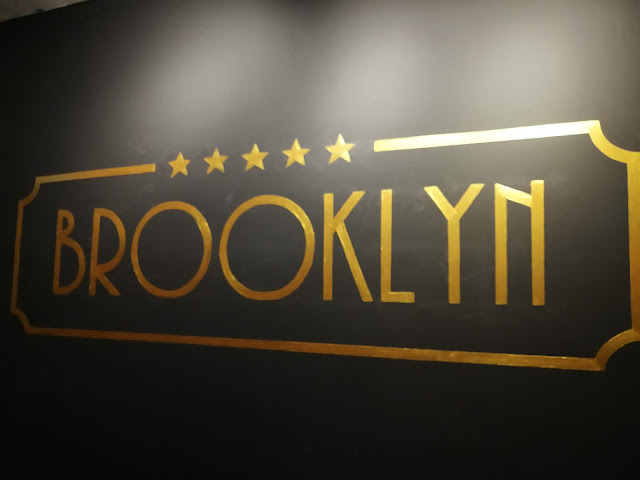 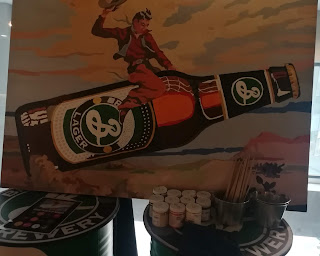 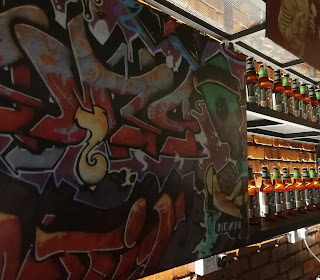 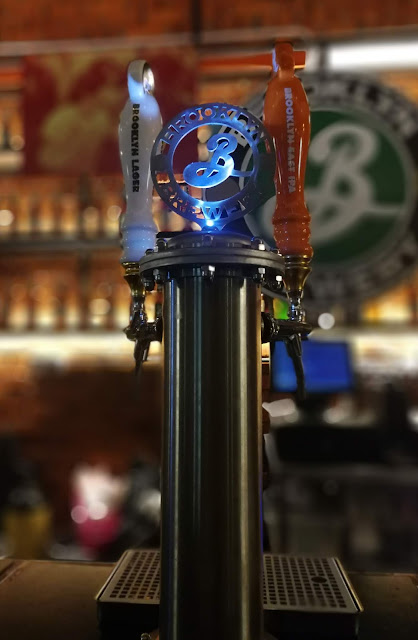 So what is Brooklyn? (Apart from being a place)
It was an educational session for us, to learn that Brooklyn Brewery is the no. 1 American craft beer exporter and is available in more than 30 countries.
It was founded in 1988, currently ranking #11 in volume among United States craft breweries. It has received numerous accolades and awards for its brews, including the 2018 Beer World Cup Gold Medal for Brooklyn Lager. Now who knew there was a Beer World Cup...that would be a match I wouldn't mind watching.

Carlsberg Malaysia is the exclusive distributer for two of their most popular variants – Brooklyn Lager and Brooklyn East IPA.  Hence their presence here.

The host for the night was Thomas Teo, the Commercial Development Manager of Craft and Specialty of Carlsberg Singapore, interviewed by Kim of Thirstmag, who shared with us interesting insights on craft beer and food etc.  It's exciting that these are going to be monthly events hosted by Carlsberg Malaysia, with thoughtfully paired foods from selected Carlsberg partner outlets. 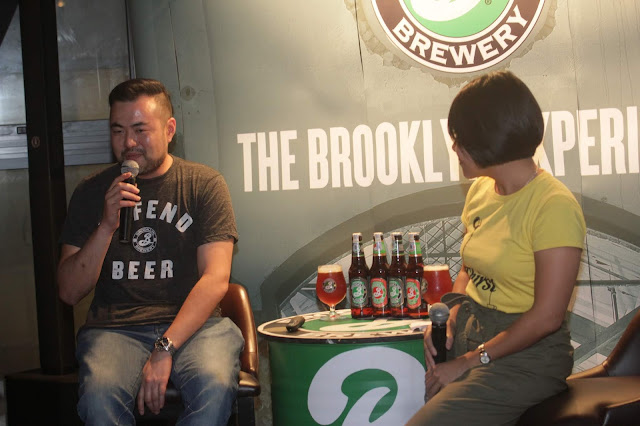 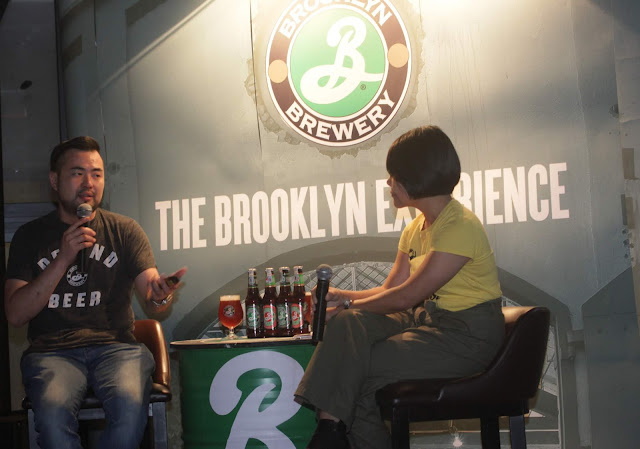 The pairing of Brooklyn Lager with it maltiness paired splendidly with the Moo Ping, which incidentally was superb.  I would have been happy just to eat that all night paired with the Lager. 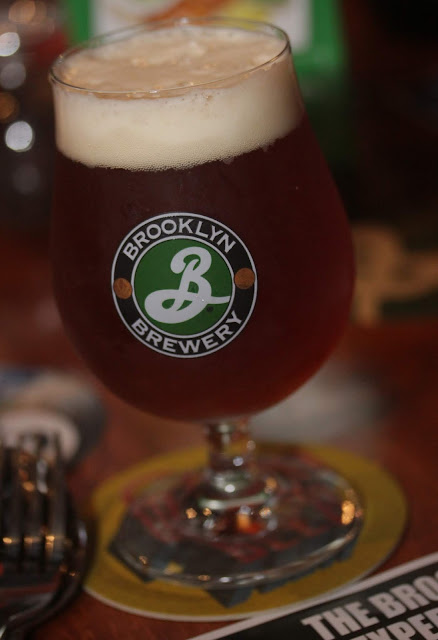 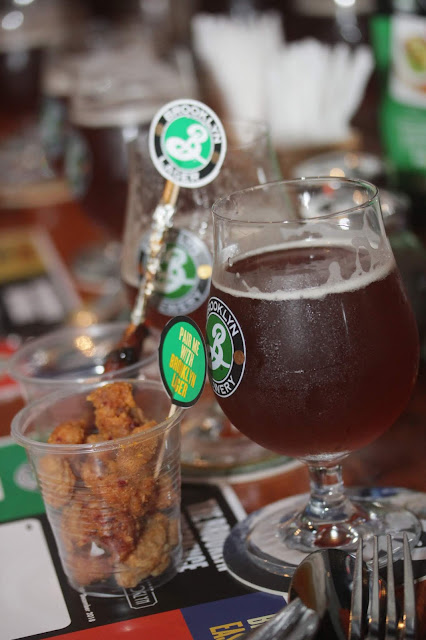 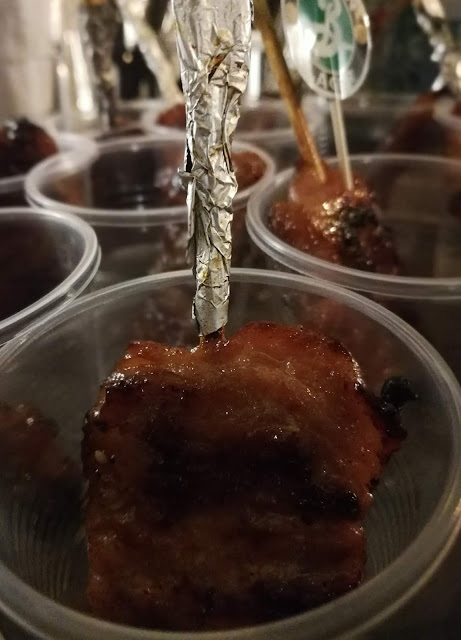 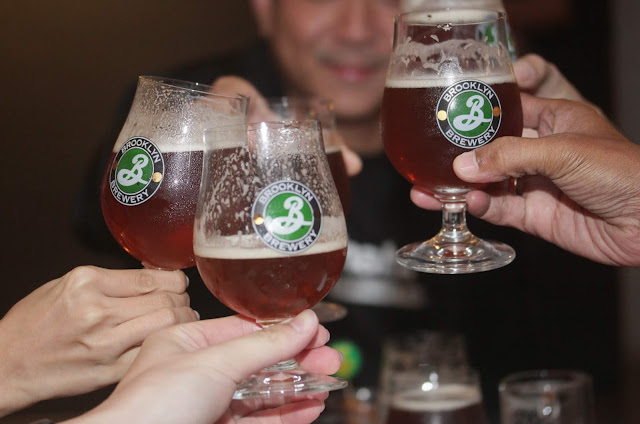 One of the most beautiful sounds in the world is the sound of clanking glasses to a spirited Cheers or Yam Seng, especially amongst friends. 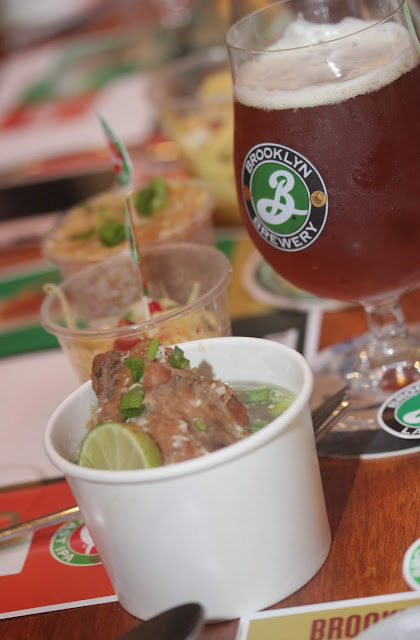 The TGG Spicy Steamed Pork Ribs and Thai mango salad were paired  the robust, hoppy aromas in Brooklyn East IPA.  Actually food pairing is rather subjective, and to me the differences were minimal, and I felt that both the Lager and IPA would have gone well with any one of the dishes.  In fact, the IPA with the Moo Ping was also superb.

So what are craft beers?  They're usuall brewed in smaller batches by Independent Brewers, and usually would have their distinct richer flavour which would appeal to various types of beer drinkers.  The brewers can obviously play around with their recipes to produce beers that are unique to the brewery, by playing around witht eh combinations of hops, malt, etc. 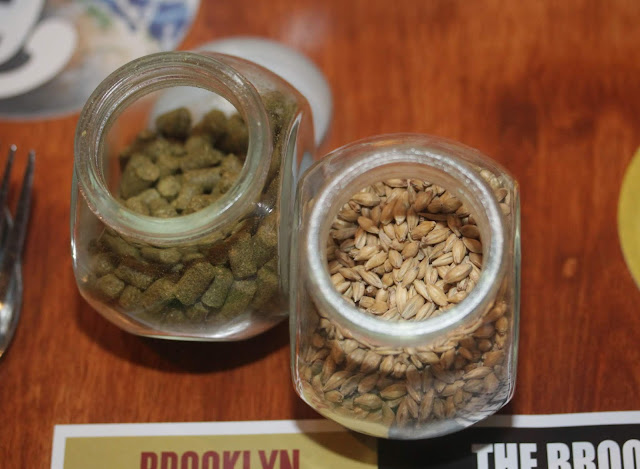 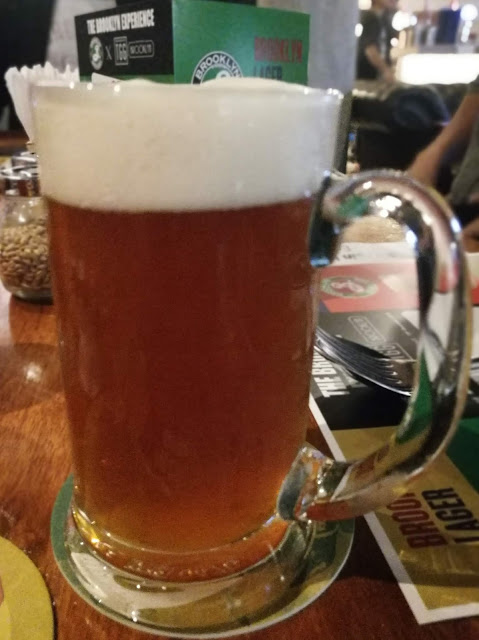 For now, craft beer lovers in Malaysia have two Brooklyn Brewery beers to choose from: the award-winning Brooklyn Lager and the hoppy Brooklyn East IPA – available in bottles since Dec ’17, and finally in draught this year!

Visit carlsbergmalaysia.com.my for more information on Brooklyn’s craft brews!
Posted by fatboybakes at 8:21 PM No comments: