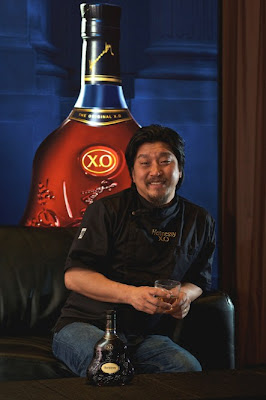 One of the most celebrated gastronomic events of the year is the Hennessy X.O Appreciation Grows dinner series, which will be meticulously orchestrated by Chef Edward Lee this 18-21 April 2012. 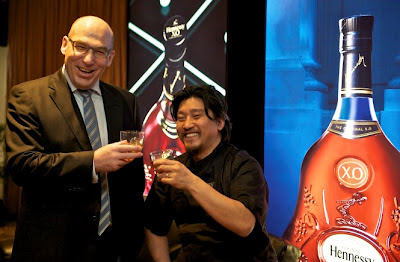 Chef Edward Lee’s story – and his food – could only happen in America. One part Southern soul, one part Asian spice, and one part New York attitude, Lee is a Korean-American who grew up in Brooklyn, trained in classical French kitchens, and has spent the better part of a decade cooking in Louisville, Kentucky.
Lee’s passion for food is only surpassed by his sense of adventure; it is, after all, what took him to Louisville from a successful career in New York City. In 2001, on a cross-country road trip, Lee wound up in Louisville during Derby Week, the busiest dining week of the year. On a tip from a friend, he sought out the eccentric chef of a local gem called 610 Magnolia, finagling an invitation to work in the kitchen for the week. Impressed with Lee’s passion and skill, the chef offered him the restaurant less than a year later, and his Southern adventures began. The rest is history.

A James Beard finalist for Best Chef: Southeast in 2011, he has been featured in Gourmet and Esquire magazines, defeated Iron Chef Jose Garces on Food Network’s “Iron Chef America,” appeared on the CBS “Early Show” preparing an eclectic three-course meal for a family of four for under $40, and was most recently seen on “Top Chef: Texas.” Lee continues to seek out adventure, whether fishing bare-handed in a Kentucky creek, hunting for venison, working in a slaughterhouse or dropping in on a friend’s restaurant to cook for a few days. He approaches his professional and culinary life with candor, humor, and –most importantly – the same spirit of adventure that was the original impetus for his success.
Posted by fatboybakes at 2:33 PM No comments:

Now everytime C invites me to Chef Choi, it is a very unique feeling. It is one of anticipation, but also horror, because one does not leave Chef Choi without being in a state of food coma. She assured us that this meal would be moderate. Obviously, these terms bandied around are quite subjective. I was smart, I skipped lunch, and went for a workout before dinner. I was smart, or so I thought.

Just looking at the "moderate" menu, I could already envisage the regret of tomorrow, the remorse, the guilt, after a night of orgiastic feasting.

To start, a very deceptive healthy start, a tropical salsa, with the most delicious home made tortilla chips. As in, they fried their own tortillas. Oh so good. Great party idea, but it's deep fried, and who deep fries at home?

For something so deep fried, it did not seem very oily. It is an art, eating at Chef Choi, because you have to know how to PACE yourself, despite the temptation to just pig out on the first thing that appears.

Speaking of pigging out, the most divine Pork Stomach Soup. That subtle peppery taste that is a slow burn, rather than assailing your palate at the first spoon. The stomach is meticulously cleaned, so you can sure Miss Piggy's last meal is not forming any residue in the soup.

The star of the night, the Milk Fed Lamb (also from Spain). How will we ever eat meat that isnt Spanish anymore? Last time was the Spanish Pig, and now its the spanish lamb. The Spaniards certainly know how to make good meat. Milk Fed Lamb is probably the lamb equivalent of a suckling pig. A lot of people have difficulty facing the carcass of the lamb spread eagle like this. I don't know why.

Seriously, this is the best lamb I have EVER tasted. Well, at RM300/kg, (and this baby is about 6 kg), it should be good. The good news is, you don't have to order the entire lamb at Chef Choi, as they have perfected the art of roasting it, albeit not on a spit, like this one here. Chef Thye Seng assures us that the smaller portions are just as succulent. Moist, tender, not lamby smelling, ...really quite heavenly.

As if we might be meat deprived, Thye Seng throws in a Roast Goose too. Ah, to behold such a succulent hot chick. Meat that melts in the mouth, skin that shames the most tanned adonis.

BBQ prawns. Okay, I have to say, these were a bit overcooked. Which is a pity because the prawns were really fresh.

Barbeque cuttle fish with thai sauce. This is another amazing dish. Such tender cuttlefish. The perfect snack to have with booze.

The pre-finale, abalone fried rice. Can you get more decadent than that?! Fried rice, swimming in a gorgeous superior broth. And, just when you thought it was over, yours truly had to open the big mouth and enquire, innocently enough, if Chef Choi served hokkien mee. Thye Seng gave an audible gasp of shock horror that I have never sampled their lard laden hokkien mee, and insisted we have some to try.

Where people got serve hokkien mee with scallops one? Oh so soooooo goood. Chunks of chee yau char, dotting the dish like mines in a minefield. I could just go there and eat the hokkien mee.

Now apparently the entire family knows how to make Crepe Suzette. The proper way. Chef demonstrates with great aplomb, the caramelisation of the sugar, turning into a gorgeous golden amber color, before orange juice and booze is added to create the sublime sauce.

Seriously, I have had some crepe suzettes where the sauce tastes like haliborange or cough mixture. But this was really good. We all lapped up our sauce like a kitten licking the milk bowl.

A fabulous dinner, with many thanks to CS and TS as usual for their generosity.

Now, my mother wants her birthday dinner to be held here. I can't wait

Posted by fatboybakes at 8:38 PM 7 comments: