I am sure they need no introduction, those two celebrities, who between them have more facebook friends than Imelda Marcos' shoes.  Just Heavenly, that name that has become synonymous with gorgeously decorated cakes, and wedding cakes for the who's who of society, (if you do not have a Just Heavenly wedding cake for your wedding, pshaw, better not have a wedding at all...unless of course, it's from Delectable but that's another story altogether).  As usual, I digress.  Anyone who frequents Bangsar Shopping Centre, and that area around A CUT ABOVE, will notice that familiar cloud, (no, not the apple store), bearing the Just Heavenly logo.

Yup, Allan and Nigel of Just Heavenly have opened their long awaited Cafe...I mean, it seemed to be the next natural step, given their penchant for all things culinary, and their fantastic PR.  KL has been screaming out for a Just Heavenly Cafe, and well, Heaven has replied.

Adding to the duo, making it a menage a trois, is Caroline Lee, the COO, (gar) who is largely together with Allan, responsible for spearheading the birth (afterall, only women give birth) to the Just Heavenly Cafe.

So, I get an email from Nigel asking us to head over to the cafe, for what I PRESUMED was an official opening of sorts, with canapes and bubbly and waitresses floating around with harps and wings.  Unbeknownst to me, it was actually to sample the new menu, AND it was a sit down thing, and I was late, thinking it was cocktails.  In addition to that, I didn't bring my camera.  Sigh.  So here it goes, the crappy shots from the Iphone 4. 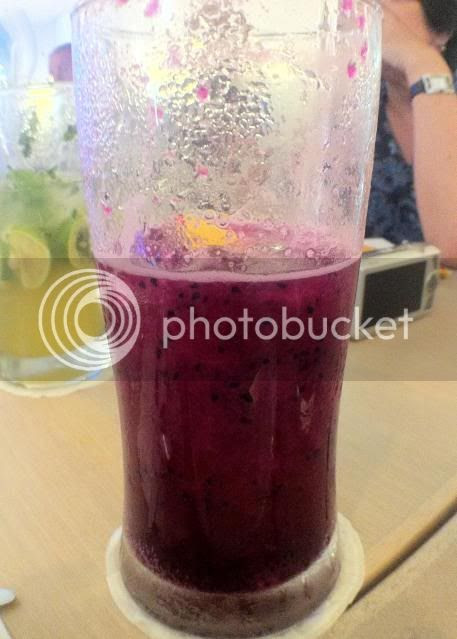 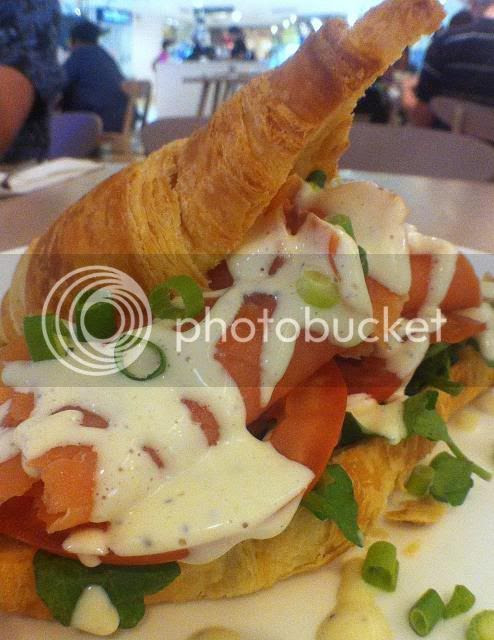 Smoked Salmon Wasabi Sandwich, which is served with a croissant, which I like, because croissants are buttery, and by extension, should not be healthy. 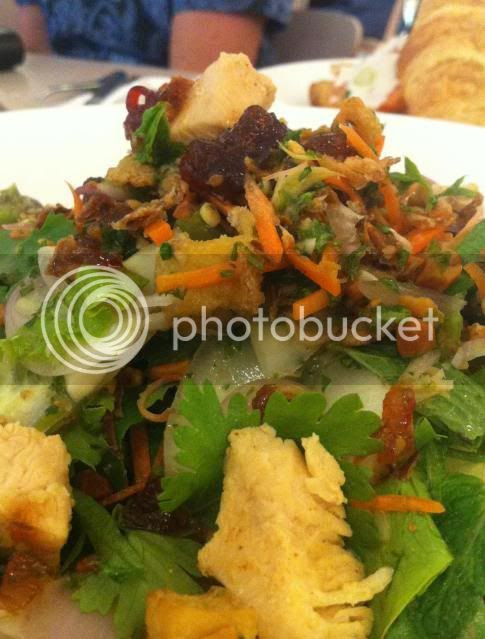 Coconut Chicken Salad.  They try to use local stuff in their salads, which actually, is the common sense thing to do right, so it has pegaga, ulam raja, etc etc.  The local ulams give it that extra kick. 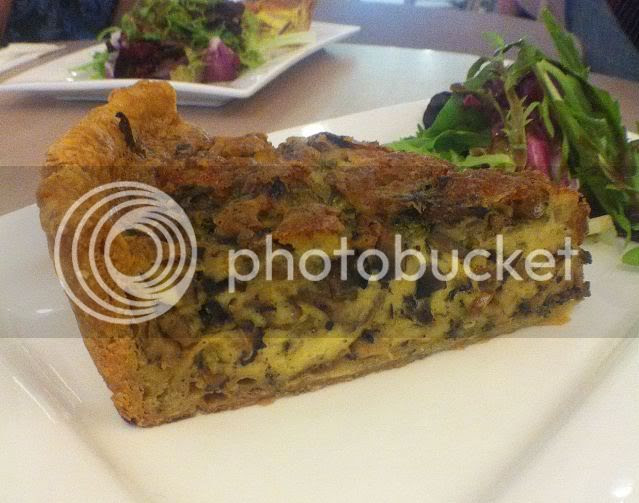 Monster Mushroom Quiche, an assortment of luscious mushrooms, and yes, really quite monstrous in size.  Not your everyday quiche is just a quiche. 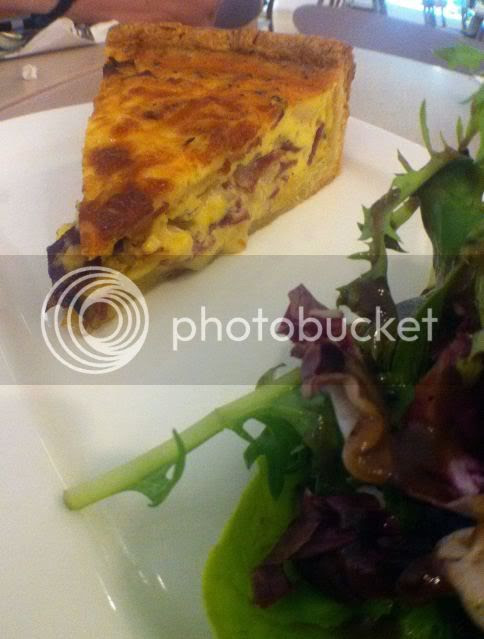 Quiche Lorraine...oh the place is pork free, so that is not pork bacon.  It's great that all their stuff come with a good side of salads and leafy greens. 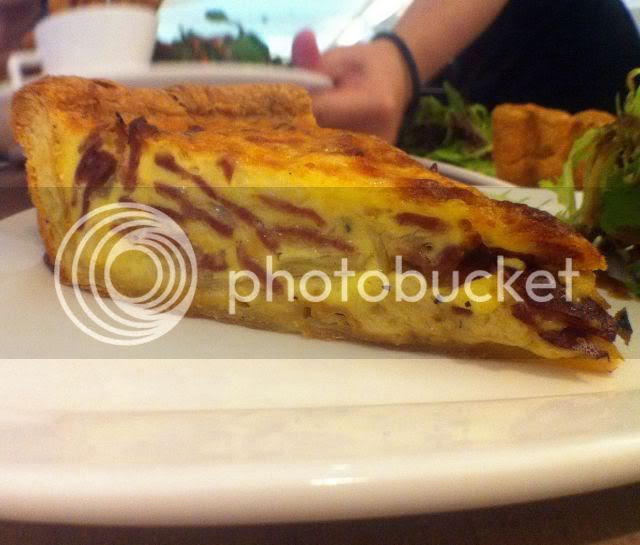 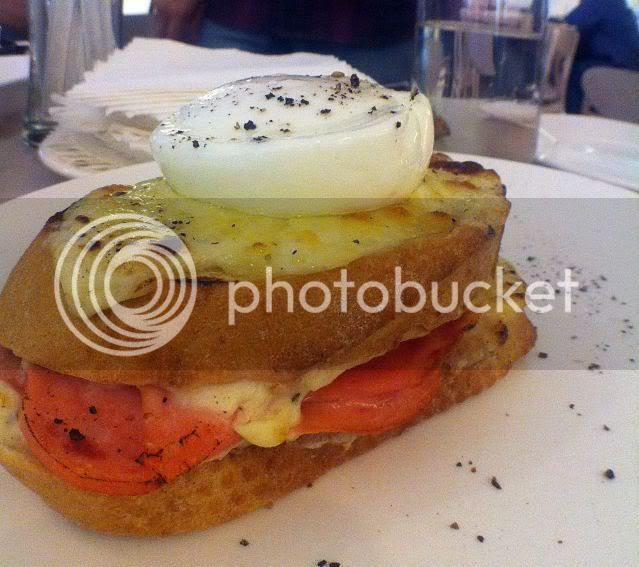 My favourite for the day, the Croaked Monsieur. 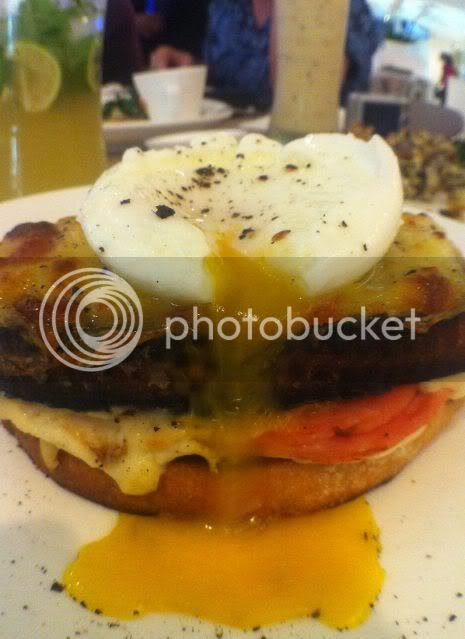 Okay, it's actually Croque Monsieur, but Croaked Monsieur sounds so much more interesting.  I LURVE that flowy stream of yellow cholesterol lava 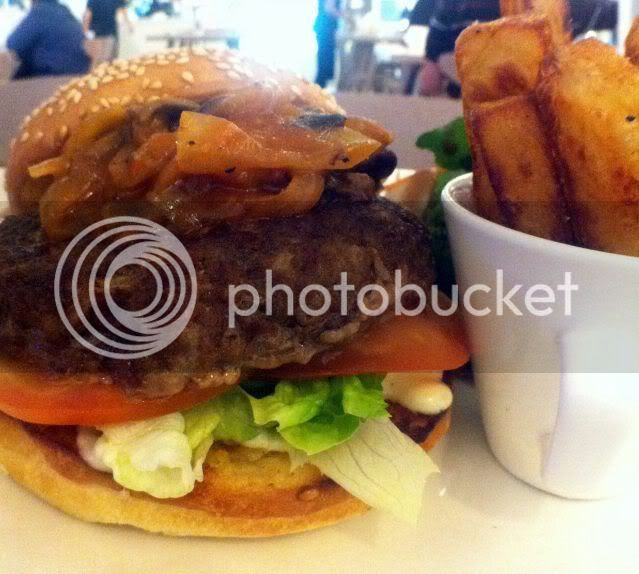 BLT Gamberi - A huge ass burger, with lovely triple fried chips.  Unlike the potatoes from a certain fast food chain that may have started life as a potato, but morphed into something totally different, these potatoes are still potatoes, and are totally yummy. 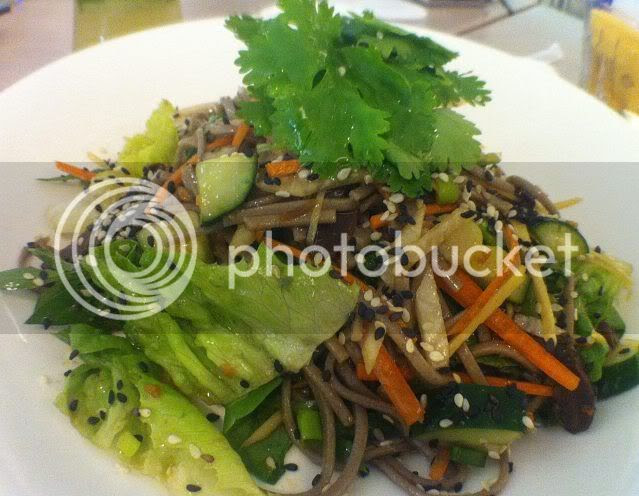 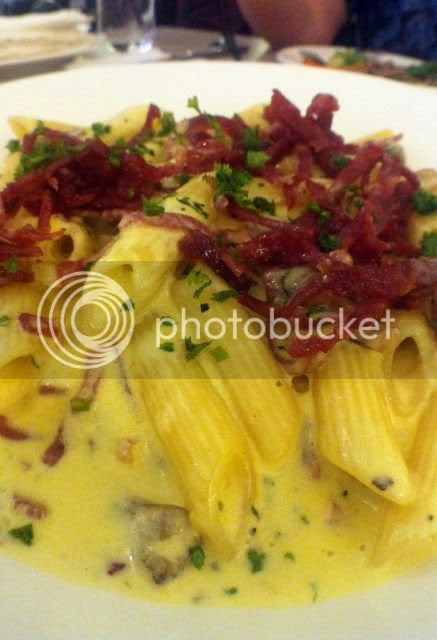 Penne Carbonara - those who know me long enough would know that I would never order this for myself, because the first bite is always, YUMMY, but it quickly goes downhill exponentially because it is so rich, and by the third bite, I am hovering around a food coma.  But if you like rich creamy sauces, knock yourself out with this. 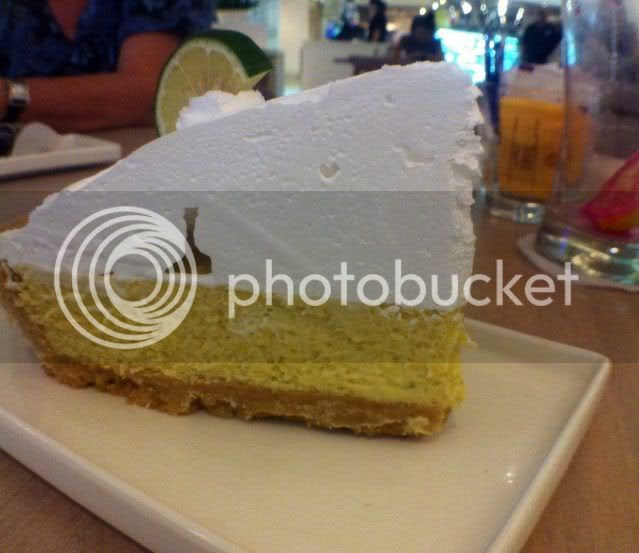 There's always room for dessert.  Tangy Key Lime Pie, though I don't think the limes are actually Key Limes from Florida, but I guess not many people knew that so it won't really matter. 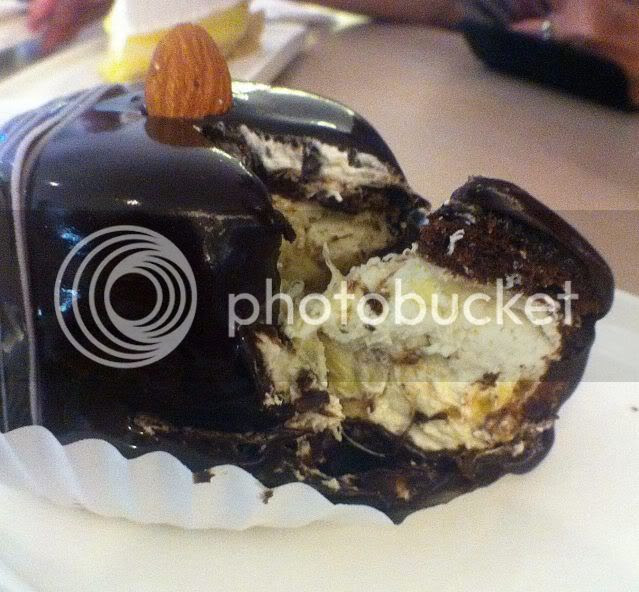 My all time favourite dessert from Just Heavenly, the chocolate durian bomb, velvety layers of durian, cream, chocolate, that sends your tongue to places I dare not mention. 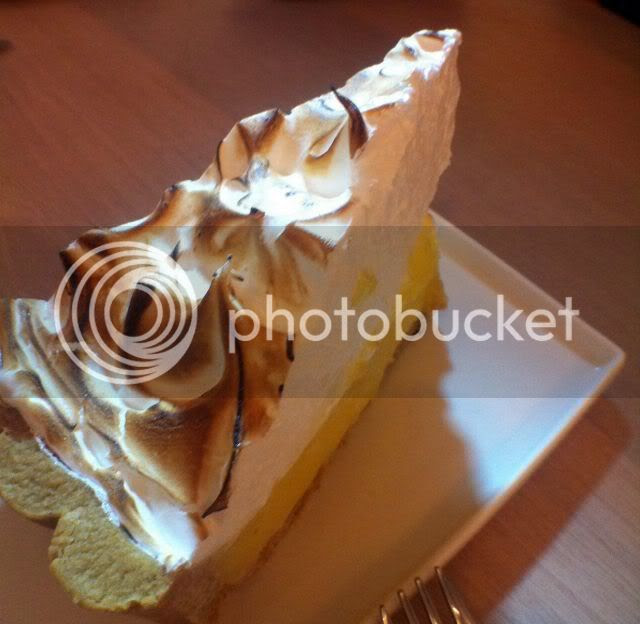 Lemon Meringue Pie - beatifully torched and finished.  (not sure if it's torched or grilled, but so very pretty).

ah pa so when is it your turn to open shop? natural progression also no?

Ya, so when are you opening a cafe and have all your cakes and let us eat it and send us to somewhere you don't even dare to say? LOL!

Your tongue shall taste anything it so desires!

Bravo Nige n Al :-) on yet another adventure!!!

Wow u guys has as much food as us! LOL..

Why r ur photos so dark ahpa..