Aye or Naye to the New Dishes In Oriental Cravings, 1 Utama

Long before I knew them, I had heard about their legendary lard filled hokkien mee....
I first went there with Raymond Lee, but it was dinner, on a weekend, and those days, they don't serve hokkien mee on weekends.
Then one day, I get a call from Lady Fay, ordering cakes and asked if I can deliver.  Generally, I do not do delivery.  Then she said, "But I am Hooi Khaw's friend". (Makan Fairy Godmother). My reply, "oh, okay, where you want me to send it to?"
Still, some years elapsed before I finally met Lady Fay, and subsequently her business partner, Doreen.  Sigh, such wasted years...not having met them earlier.

Anyway, now that I DO know them, we are privvy to some specials, that ordinary mortals AREN'T.  On this canoodling afternoon, we were given a preview of some items, which were cooked for Doreen one hungry day by her chef, when she barked, "I don't want to eat the same thing I've been eating the last ten years"... 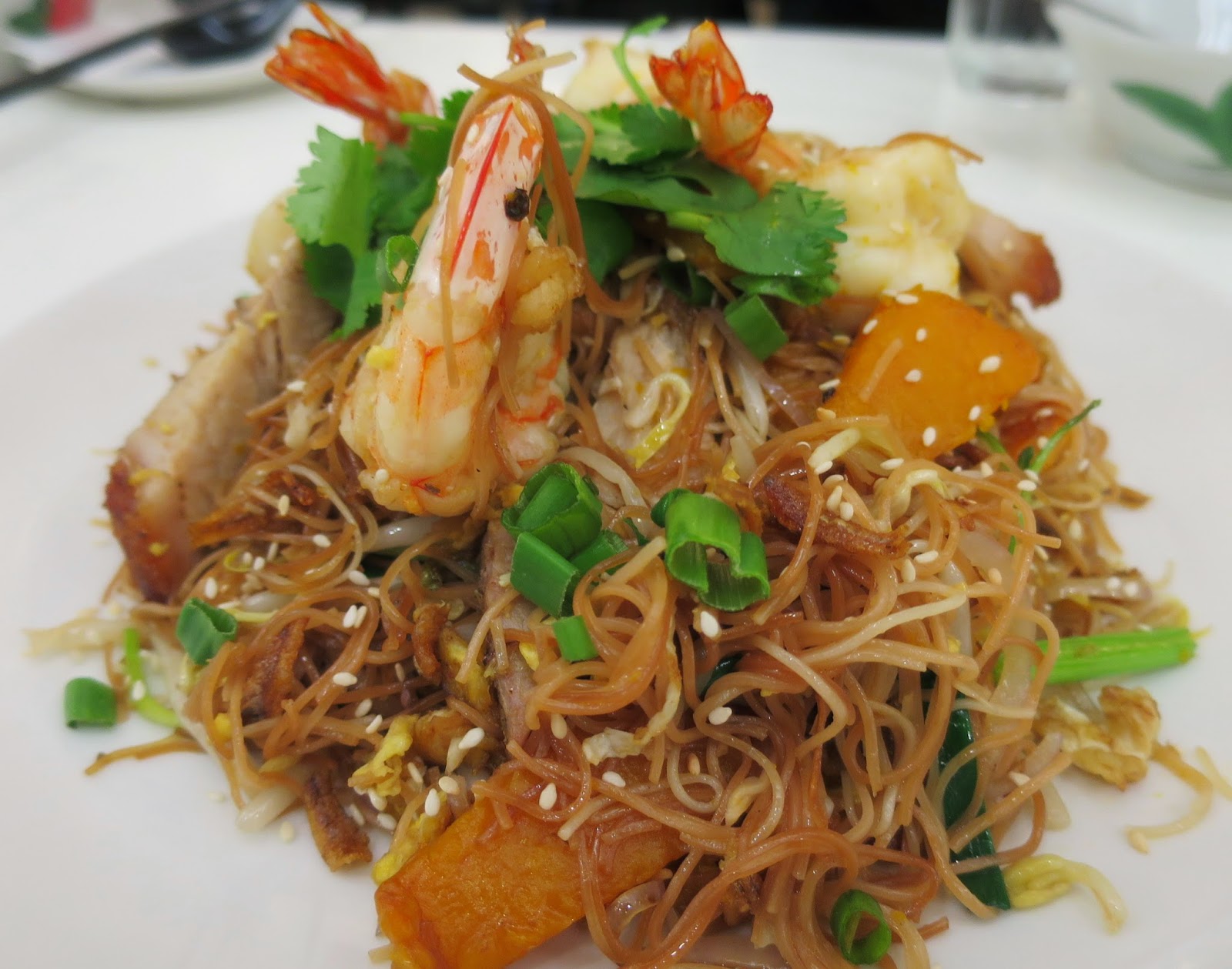 Pumpkin, prawn and siu yoke fried meehoon... SWOON FACTOR, 9/10.  Plump fresh sea prawns from sekinchan,  sweet pumpkin and the crispy bits of sesame seed.  If this dish isn't on the menu soon, I will personally write and complain to the management.  Whoever they may be. 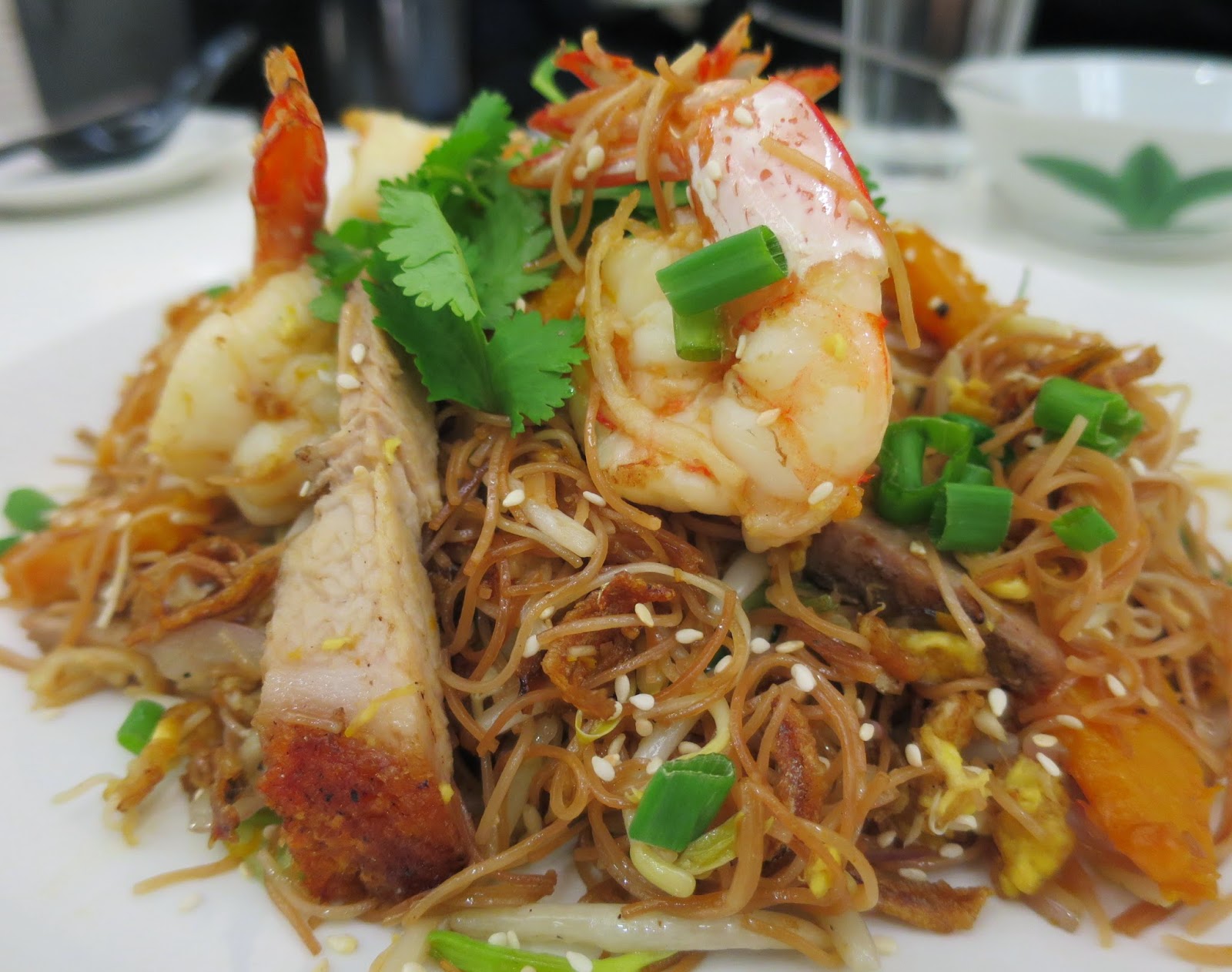 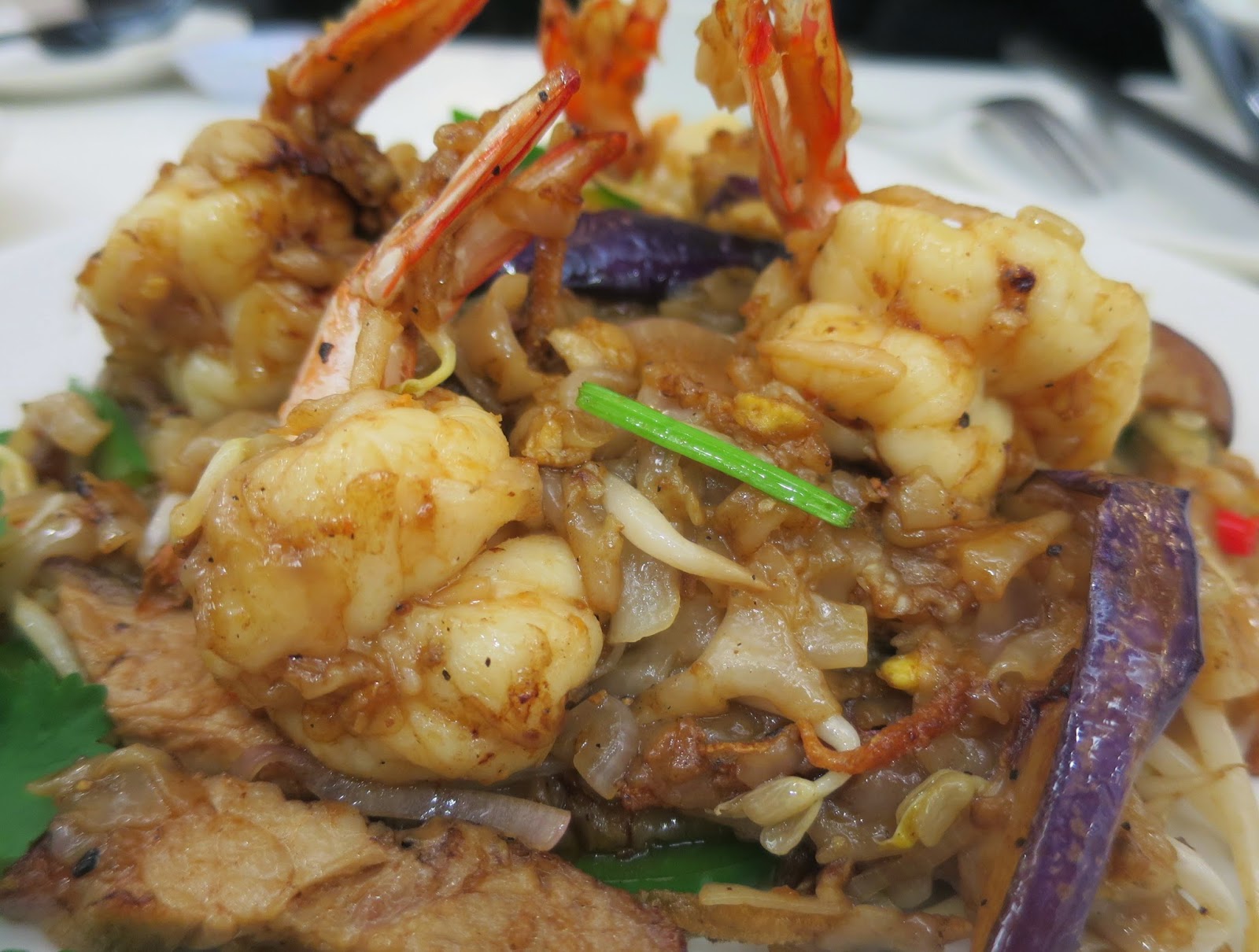 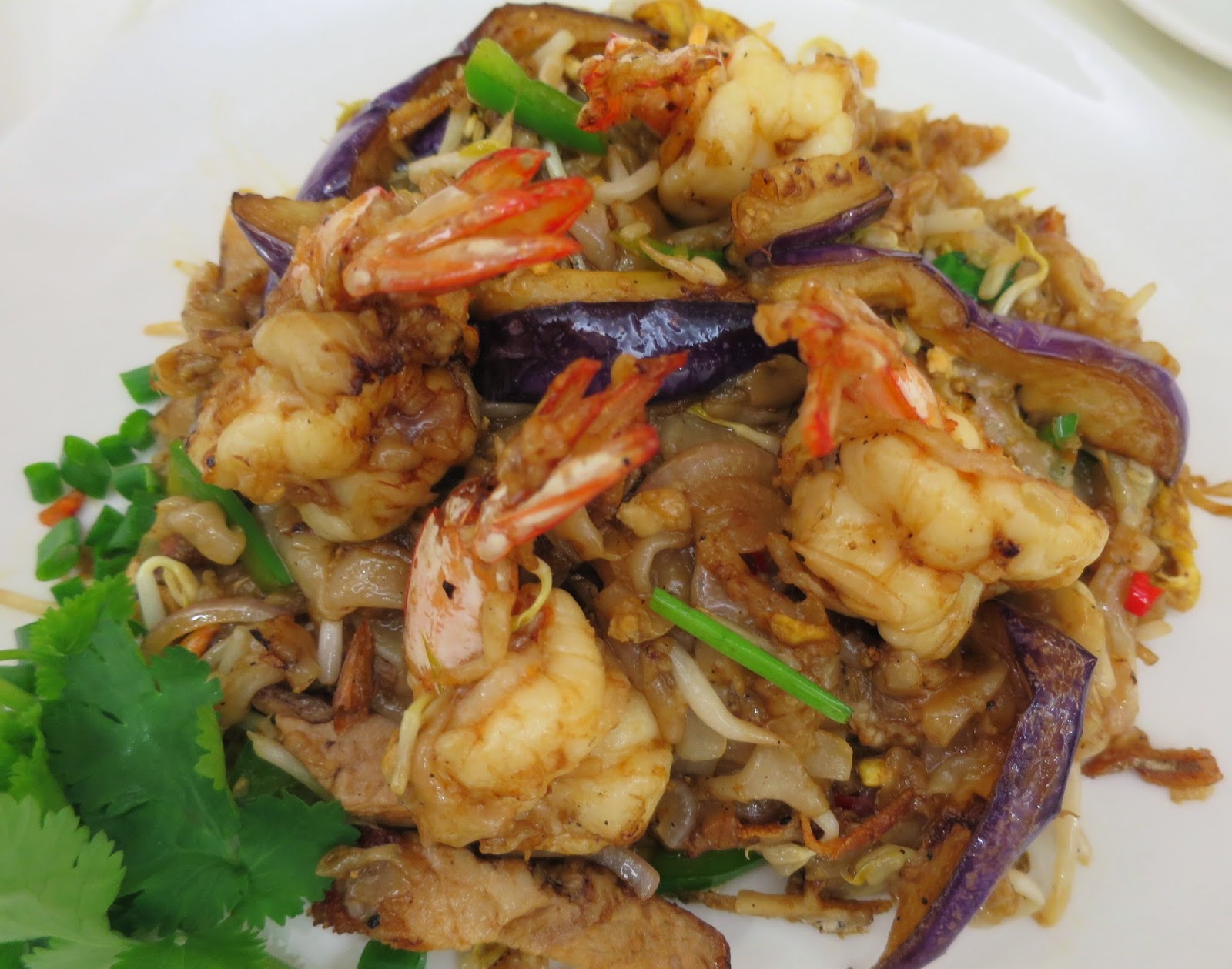 Sichuan style fried chee cheong fun.  Someone remarked on FB that it looks like char kueh teow.  Well, for starters, the delicious egg plants immediately elevates its status .  The CCF (chee cheong fun) texture might or might not appeal, it is rather softer than kueh teow.  The subtle sichuan burn gives a nice kick, and of course, the ubiquitous bits porky are always welcome.   AYE for this too. 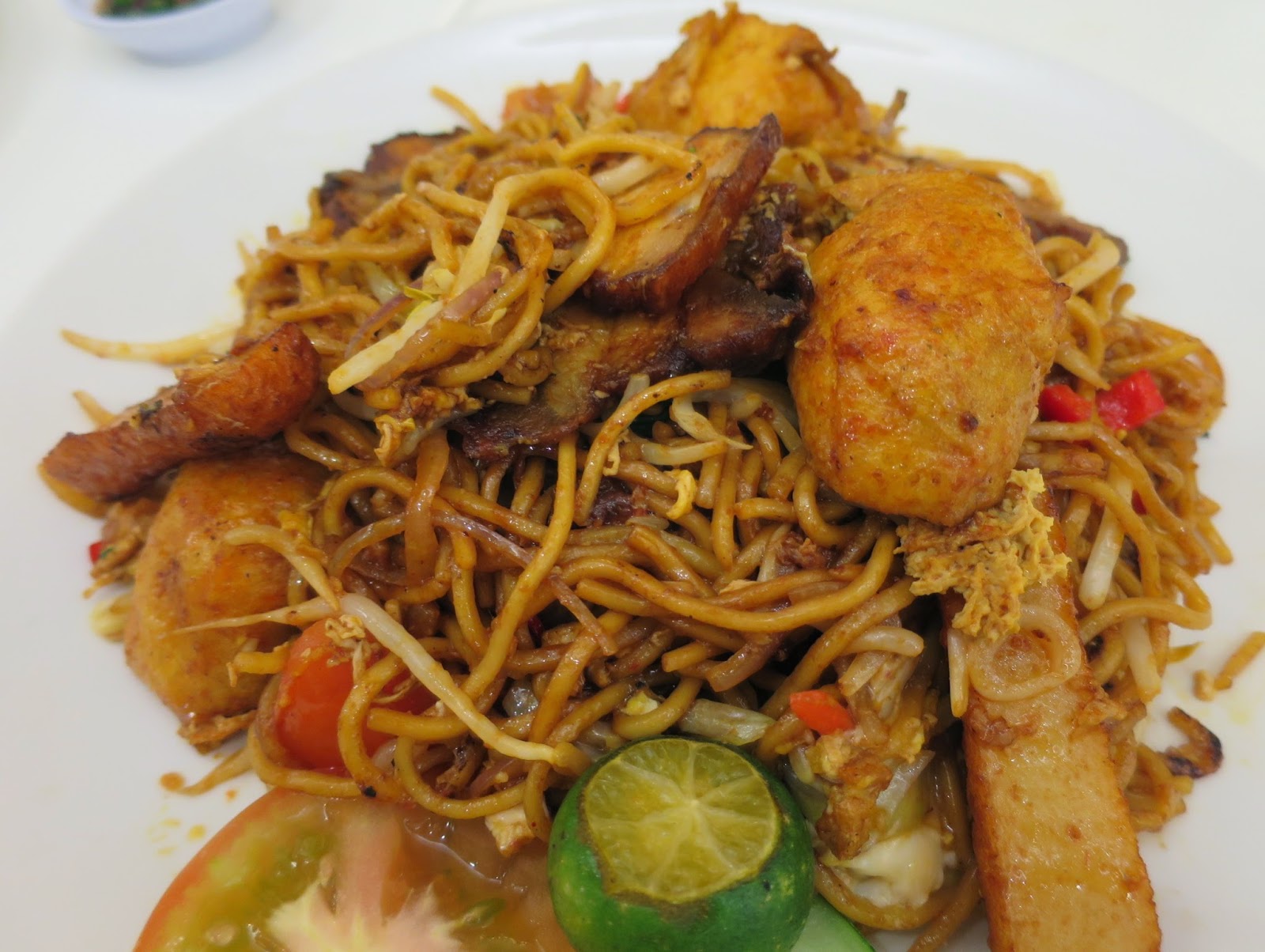 Pork Belly With Mamak Style Mee goreng.  What can I say?  It's sheer genius.  Actually for a non mamak mee mamak, it tastes very good, even without the non kosher factor.  However, having said that, THIS dish IS already on the menu. 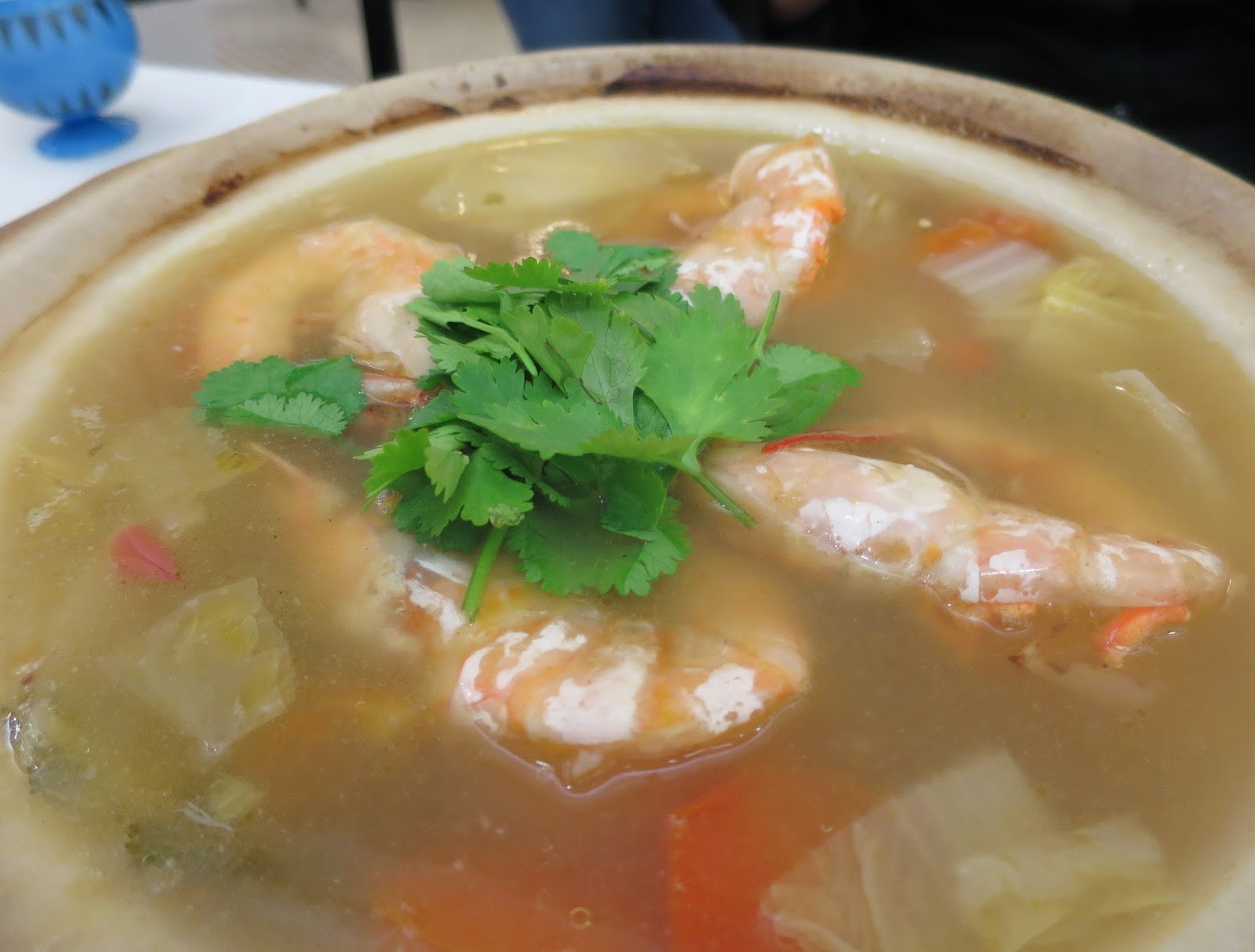 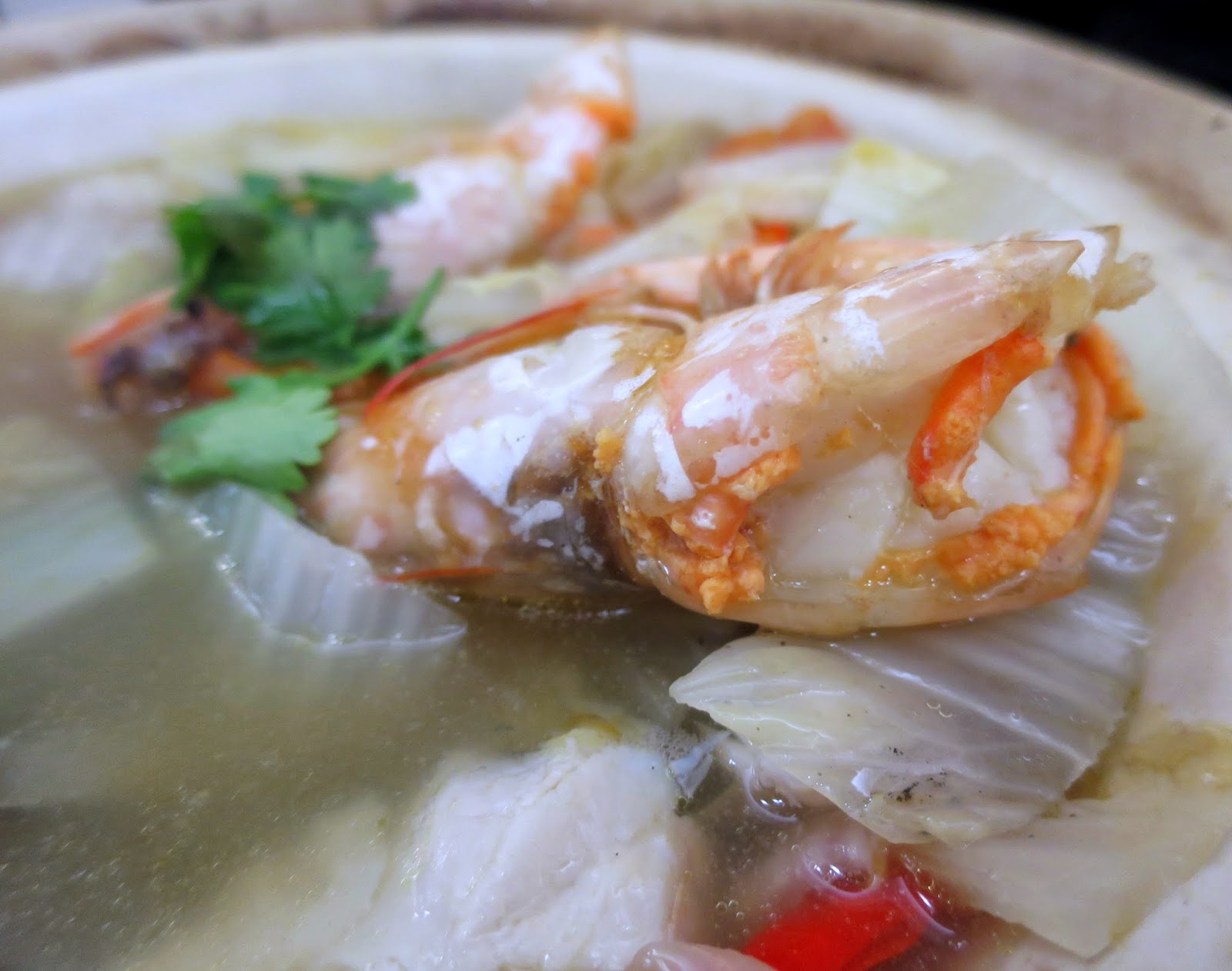 This is the lemon grass soup, (which they call the Chinese Tom Yam), a clear tangy refreshing broth, to be served with mee hoon, but since we were carbed out to our noses, we just had the soup.  Pieces of filleted fish, (Jenahak I think), that Tom Yam spiciness, oooh, AYE AYE AYE... 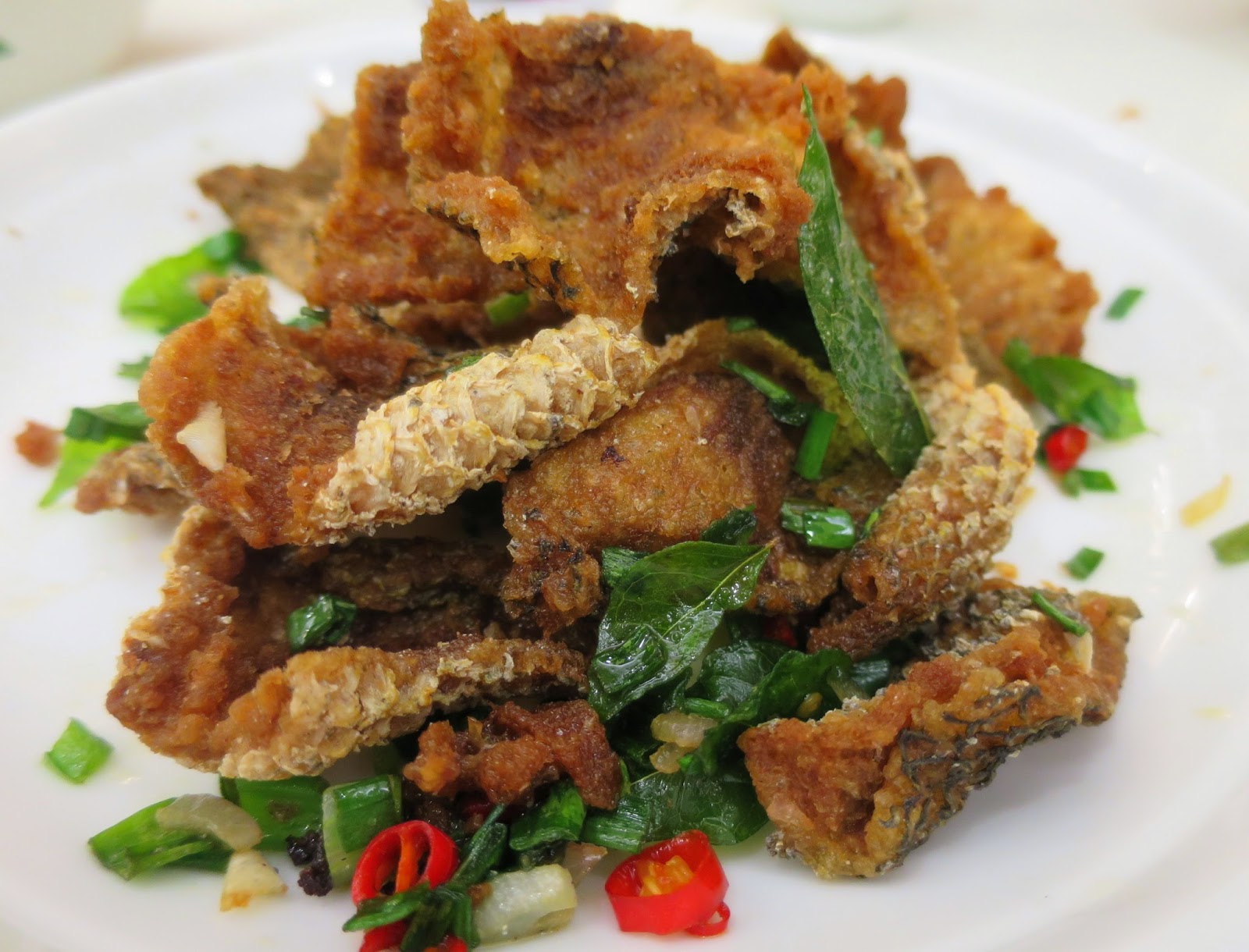 Crispy fried Jenahak Skin.  The fish version of pork crackling.  Delicious, only missing an ice cold beer.  But actually, if served alongside with the Lemongrass Soup & Meehoon, would go together like ebony & ivory.
Not sure if it is at all possible to serve this on a regular basis, as I am sure it's not so easy to procure fish skin.  A fish has to die first....But if it's available, this is also an AYE.

So it's AYES all around.  Much like a happy AGM.