Sanoook means Fun in Thai, and this is not to be confused with another establishment of similar name, with only two Os.  Anyway, that's no longer around and the extra O represents the Circle of Friendship.  The ever innovative Caleen of Chakri Palace, and previously Hwan, invited us to her new outlet in Sunway Pyramid West, the new wing of the mall, which is already host to quite a number of familiar F&B names.

A cheery truck greets us at the doorway, and the entire ambience of the place does indeed exude the idea of fun, casual, place to meet friends kind of place.  Cuisine is a mixture of Thai and Japanese, kinda like a mixed marriage, (I hate the word fusion so I shall not refer to it as that), incorporating elements from both cultures.

Due to HORRENDOUS traffic from where I come from, heading towards Sunway, I was late and therefore missed out on the starter platters, which you can read about at that charming couple, BROUGHTUPTOSHARE, here... 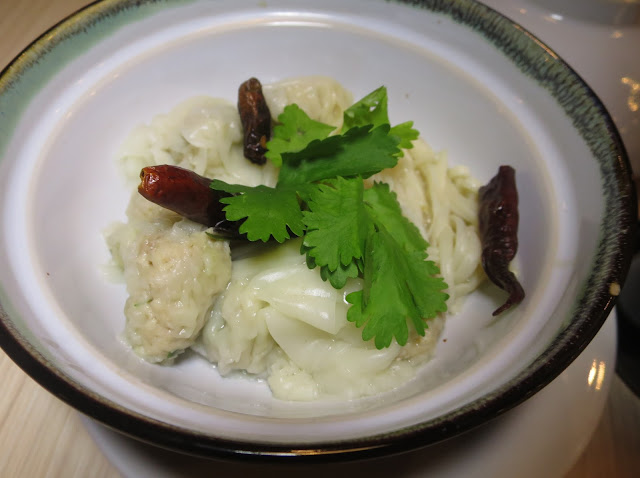 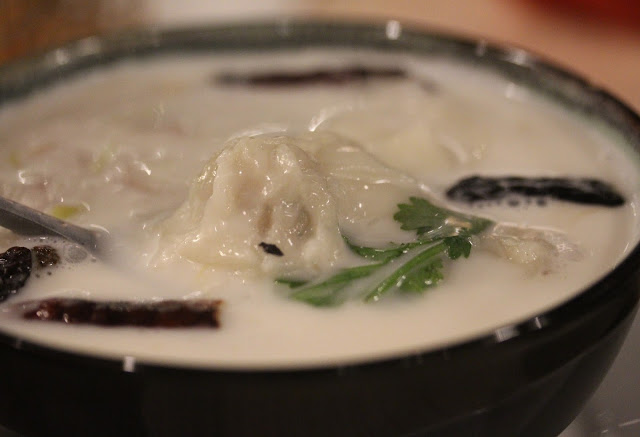 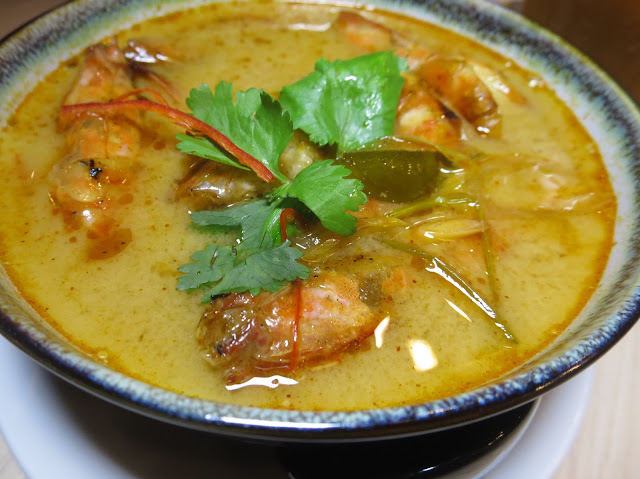 Tom Yum Soup With River Prawns, RM23.90, very flavourful and the prawns were fresh and firm.  Nothing like a powdery prawn to totally put you off. 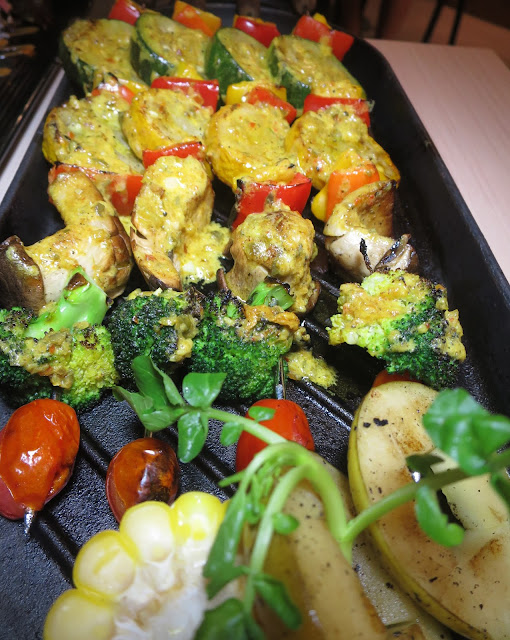 Vegetable Skewers, with Sanoook Sauce, RM28.90.  A variety of vegetables that grill well, like tomato, corn, zucchini, leeks, mushroom, with an interesting sauce, which might be a TAD to rich and neutralizing the "healthy" and "salad" aspect of this dish. 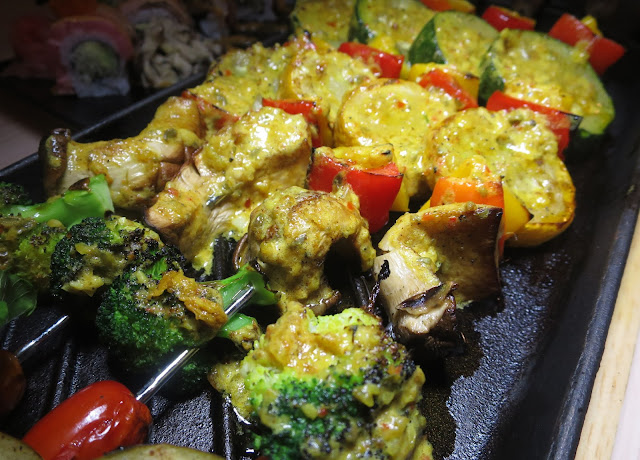 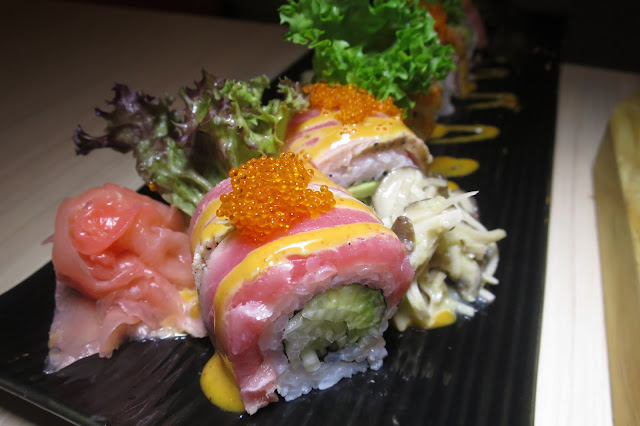 Here's where the marriage elements come in, Tuna with Tom Yam Sauce Sushi, RM27.90.  An interesting combination, and actually more filling than usual sushi so it's great for the hungry ones.  Actually a rather titillating sensation on the palate, the myriad flavours gives the mind a lot to process. 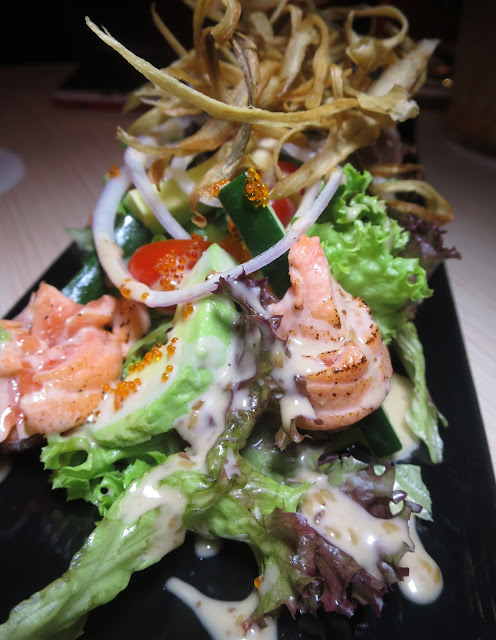 The Sanook Salad, with Japanese Cucumber, Salmon, Avocado, and a bit too much mayonnaise...Baked apple in the salad was a welcome change.  Actually, mayo aside, it was pretty good. 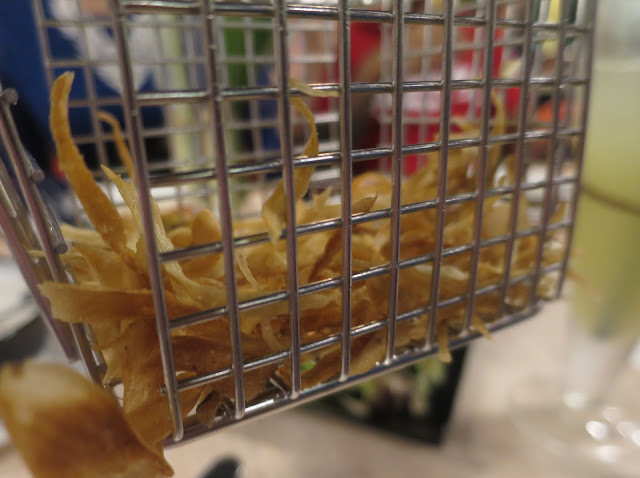 This recurring accompaniment seemed to appear on a number of dishes, and I was intrigued at first, and later on became addicted to it.  Deep fried Burdock root, a family of the arrowroot and whatever other root, it has a unique taste and texture that I really liked. 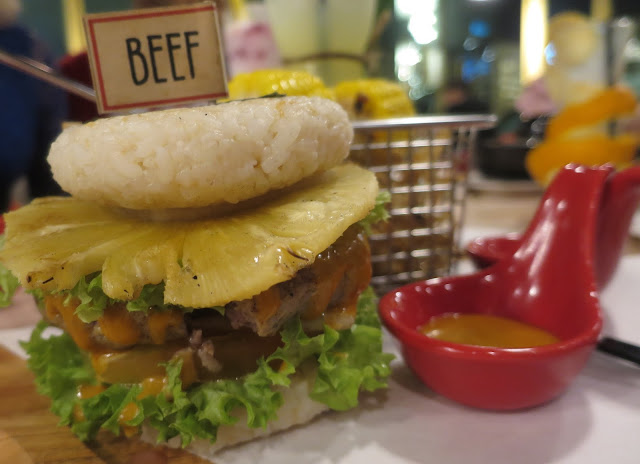 Their signature beef burger, which comes with a rice "bun" instead of bread.  Very moss burger, and VERY filling.  Order this for yourself and you'll probably be unable to eat anything else. 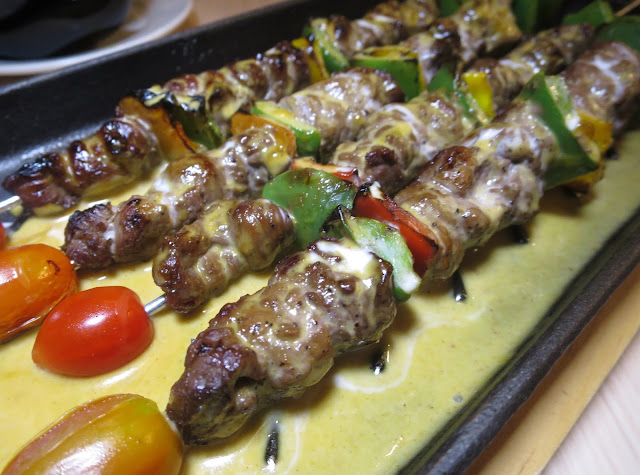 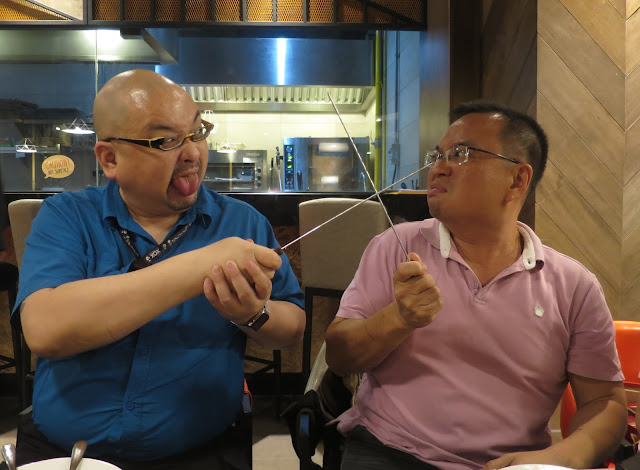 When two oldish fat men get together, food fights start... 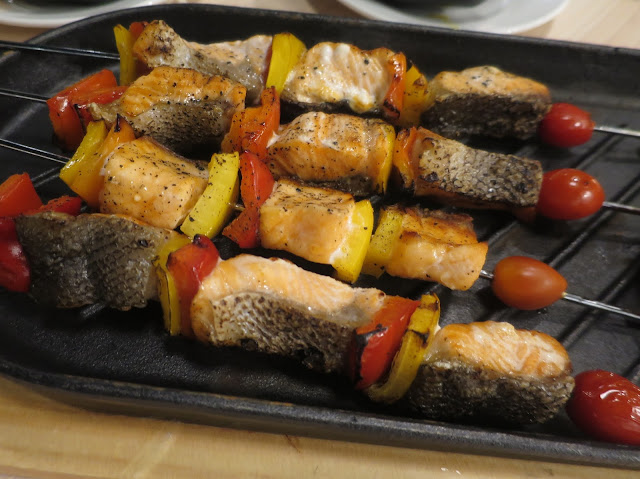 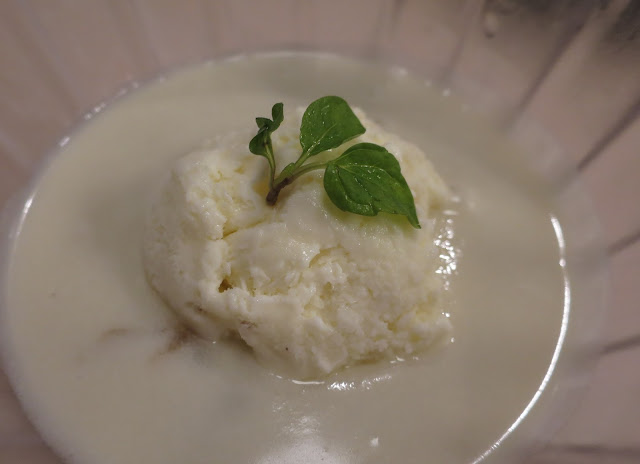 Durian Ice Cream With Coconut Milk, RM21.90.  Does it get any more decadent than this?  The price does sound a bit steep though. 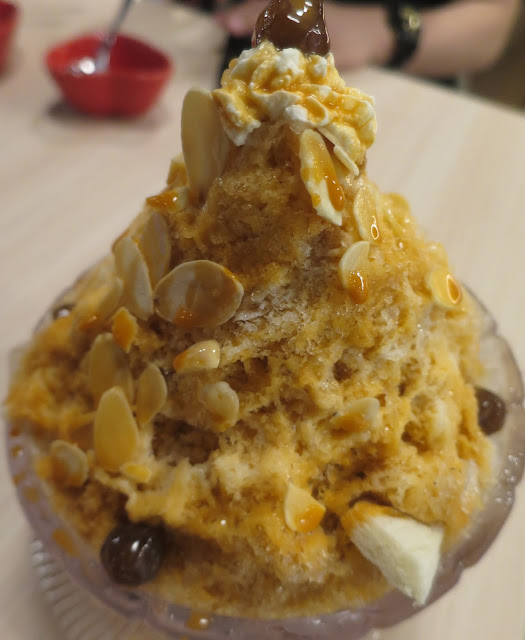 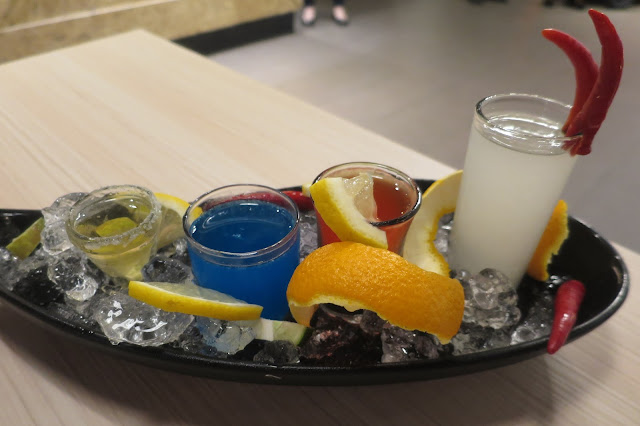 And yes, they do serve alcohol.... This seemingly benign Sanook Cocktail shooter thingie, is actually quite potent.