SO, when friend called me for lunch on Friday, and asked ME to suggest, with a vague reference to SS2, naturally, I scramble to the PC and log onto masak masak's blog. As usual, it didnt fail me, this encyclopaedia of Malaysian Eats. I earmarked a few places that sounded interesting, and was armed with this knowledge when my ride came. Then, the fler suddenly said he felt like hokkien mee in section 19. I'd never heard of it, but when we got there, it appeared that what might have used to be a possible hokkien mee place was now taken over by Greenview's ever spreading tentacles. Looked like we had to resort to my research from Masak's blog.

Not far from Sect 19, SS2 seems to be a haven for food. Just along that row which was our destination, a whole culinary cornucopia exists, from bak kut teh, to italian, to tai chow, to Ho Weng Kee. The place was crowded, which is always a good sign. Images of the beef brisket noodle that was in her blog was already haunting me, so I opted for that, whereas my lunch buddy opted for ....hmmm, I can't remember what. For the common share share, we had a bowl of pigs stomach soup, and a bowl of wantans. 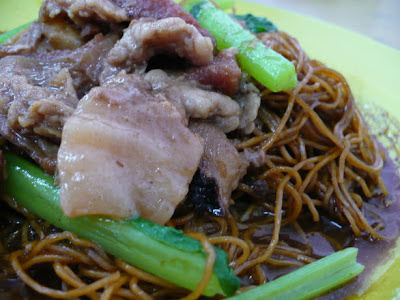 The noodles are nice and crunchy, and up to scratch. The beef was tender and the sauce flavourful. 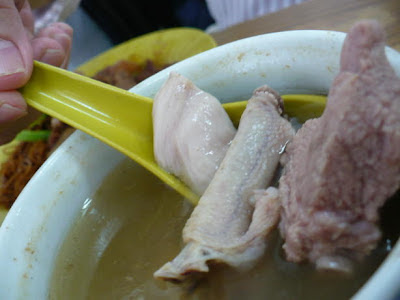 This soup really has kick. Laden with white peppercorns, the porcine flavour, enhanced by the stomach (tripe) and ribs made it absolutely wonderful. I am a soup person, so I am always happy when I find nice soup, albeit laden with MSG. 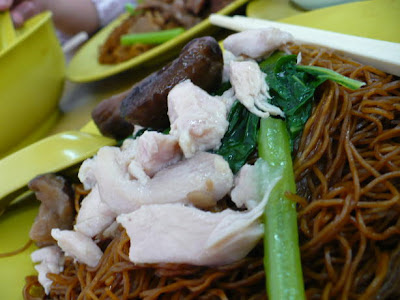 Lunch buddy had this. I think it was mushroom and kai see. Pretty non descript. The wantan soup was good, but nothing extraordinary. Anyway, I find it hard to believe you can actually screw up wantan soup.

We then decided to head back to the bangsar area, where both our offices are, for coffee and dessert, and settled on Delicious.

The fler ordered the lemon meringue pie. Meanwhile, one of the Soong sisters joined us, treating us to a full blown display of her germs menagerie, as she was down with a flu. 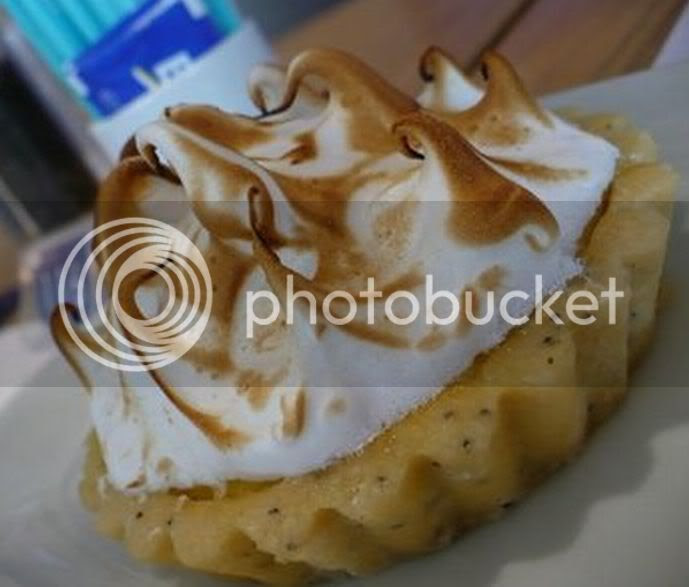 I opted for the flourless orange cake. It was unanimously agreed that it was a bit bland. Pity, because the first time I had it, I thought it was superb. 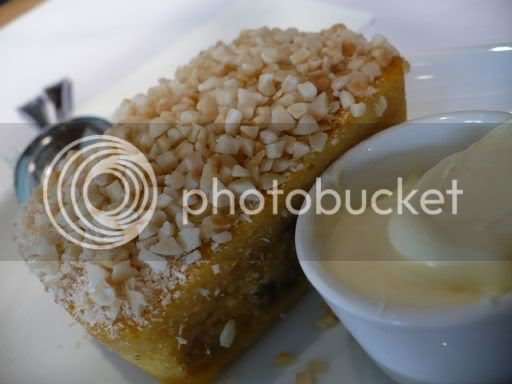 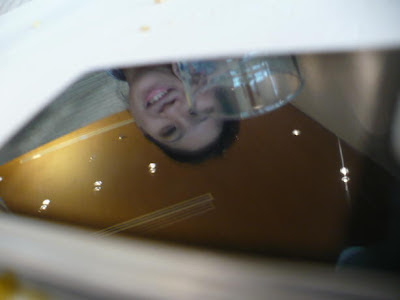 Ah, friend caught the image of the other friend in the reflection of this phone. I was thinking of CSI, how they can pick up these reflections, and enhance the image to ascertain who was at the murder scene.
Posted by fatboybakes at 9:57 AM

Wah so delicious and so more got fascinating desserts!.....

I only been to Ho Weng Kee once for the wantan noodle and didn't like it. But i will go back to try the braised beef noodle.

aiyah...embarassed to show face already. I love the ngau lam here. Another place u need to go and visit b4 they close down is Jaya Noodle House at Jaya supermarket - excellent ngau lam, char siu and noodles.

boo, really? oh no, jaya has been there since time immemorial!!!i virtually grew up there.

precious pea, so where is your fave wantan mee? mine is still koon kee in cecil street.

wmw, can u err, please be more specific, lest i put on 10kg on a wild wantan mee chase.

crewcut75, aisehman, how long you live in malaysia oridi?
fler is in the same league as all the other terms, such as oridi, laidat.
fler = fellow
oridi/erdy = already
laidat = like that

oh btw, your durian cheesecake is quite a killer hit amongst my staff...