Even as far back as 1993 or 94, when most food bloggers were still in pre-school, or primary at best, I was already hanging out in Uncle Chilli's in PJ Hilton, mainly because there weren't as many establishments to hang out in, unlike these days. The youth of today have it good. And back then, the drinks at Uncle Chilli's were EXORBITANTLY priced. I think a Graveyard or AK47 costed 1/10th of our average salary, so yeah, it was quite easy to drink yourself dry....literally.

Fast forward.... [its quite shocking, kids these days don't know what a cassette is!]....17 years later. My waist has increased, hairline decreased, eyesight going, cholesterol rising, ....and 4 kids later, I revisit Uncle Chilli's on the invite of Fratmustard and the Qguides. Well, I have to say the place does NOT look the same. They must have refurbished it many times over. I was almost the latest to arrive, but 550ml Jar Of Faith, the FFK queen, was even later. Heck, she didnt even show. Can't blame the poor lass la, she had meeting and couldn't escape. Clients from Hades.

Actually, I was expecting just finger food with cocktails. I know when Frat issues an invite, there will be booze, so I knew tonight's gonna be a good night. Despite having to break my WEEKDAY VOW OF TEMPERANCE. 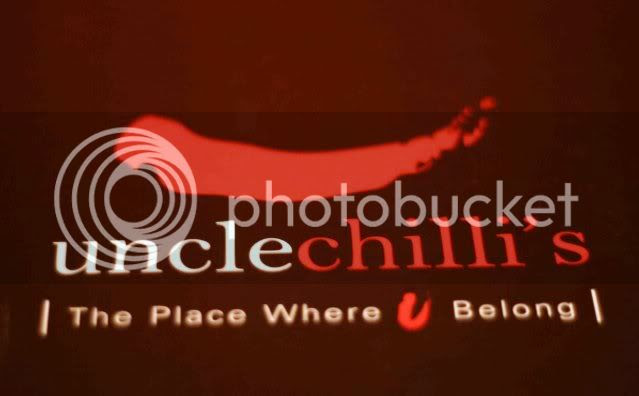 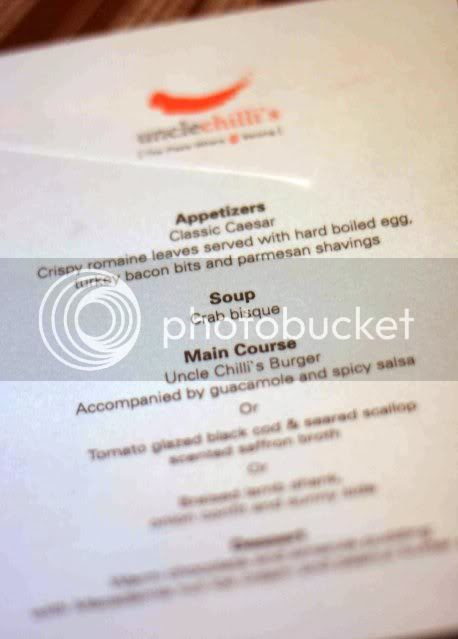 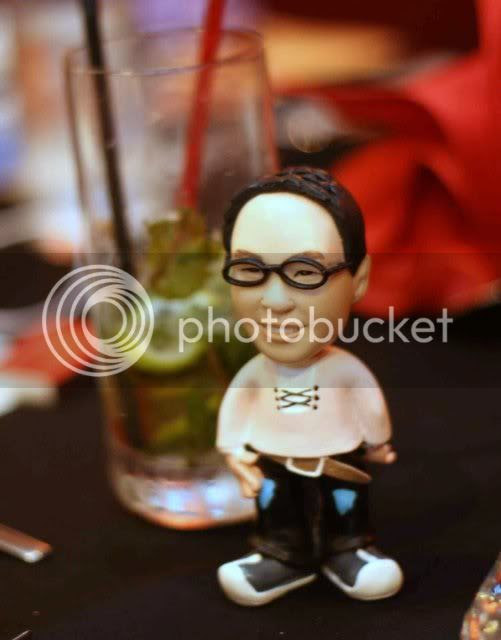 Has everyone met Frat? He lives in Illy. 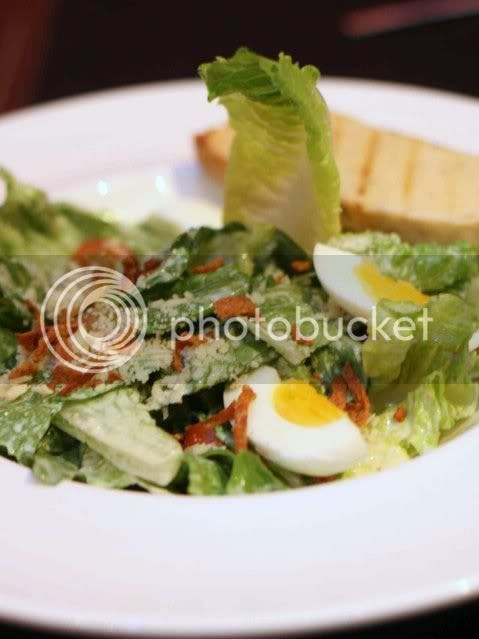 Caesar Salad. Contrary to popular belief, it is not named after Julius (Caesar), but after some chef called Caesar Cardini. Go and check the internet la, if you don't believe me. But yeah, the salad was good, and really, no complaints here. Would've preferred a poached egg instead of a hardboiled one. And would've preferred another kind of bacon, instead of turkey, but given the restrictions, I'd say it was palatable. 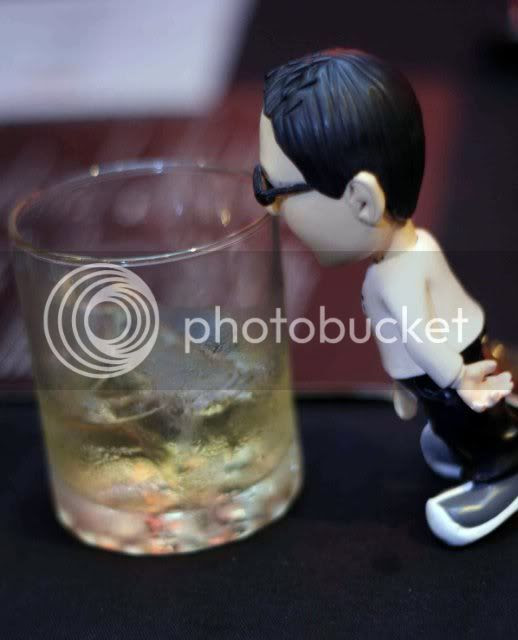 Nothing intoxicates more like the glorious fragrance of a single malt whiskey. In this case, Glenfiddich 12 Years. 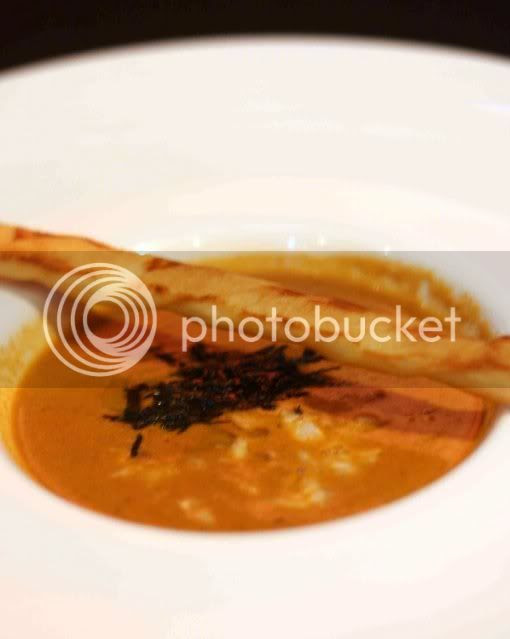 Crab bisque. Very nice, easily my favourite dish for the night. Very prawny, without being fishy or marine, ("sang" in cantonese), though I would have preferred it less salty. I realise my saltiness index is lower than most people. Our soups at home are usually salt free or if at all, just a dash. A lovely hearty soup, which I could have regularly.

For the mains, we were given a choice of Burger, Black Cod or Lamb Shank. 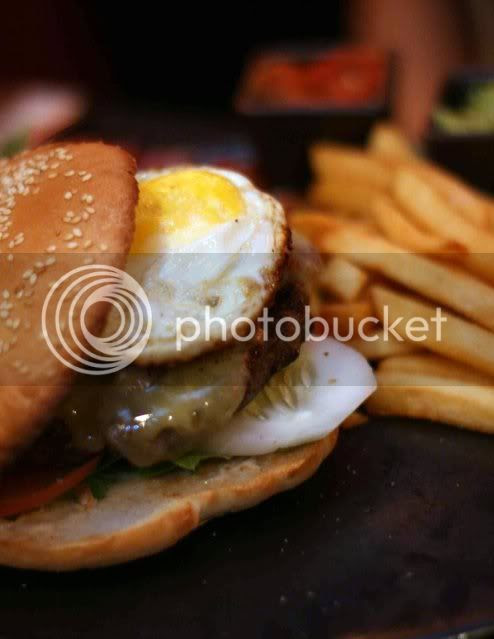 The burger came with a fried egg. I LOVE burgers with fried egg. However, sadly, or happily actually, that wasn't my dish. Alexandra of Fried Chillies had that as her mains. Unfortunately, the patty was overcooked. We have informed the chef. 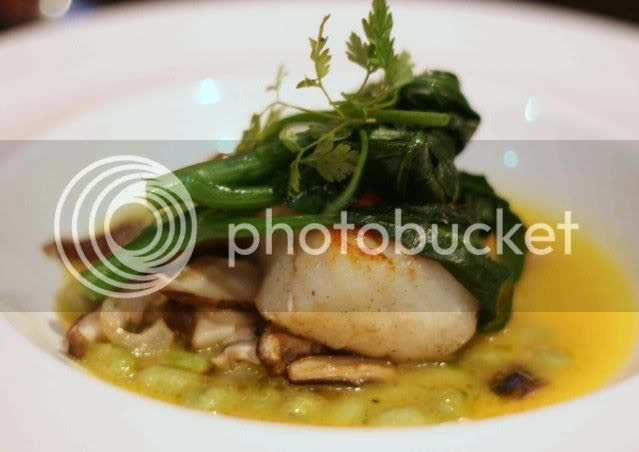 My black cod was good. Usually not a cod fan, I find that as I get older, one gets closer and closer to Cod. Loved the scented saffron broth that came along with it. 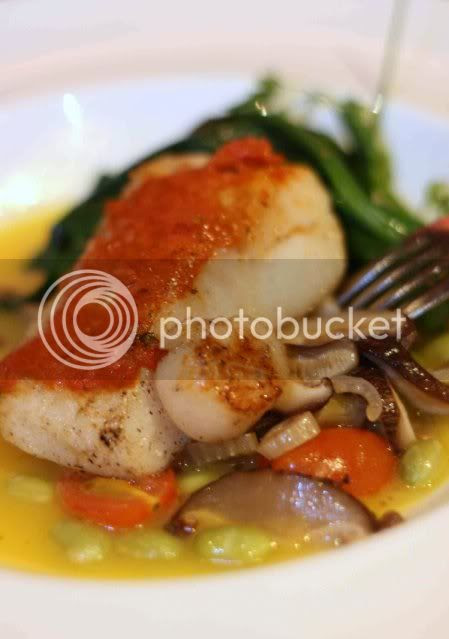 Another mains with a fried egg for embellishment. 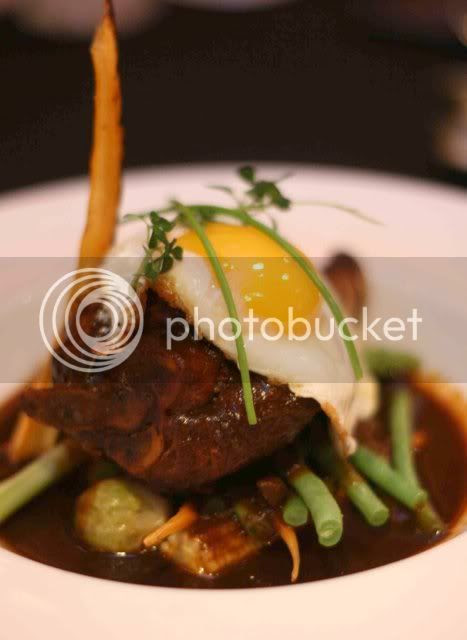 Braised lamb shank. The meat was tender, and actually, the runny yolk did make the shank more delectable. 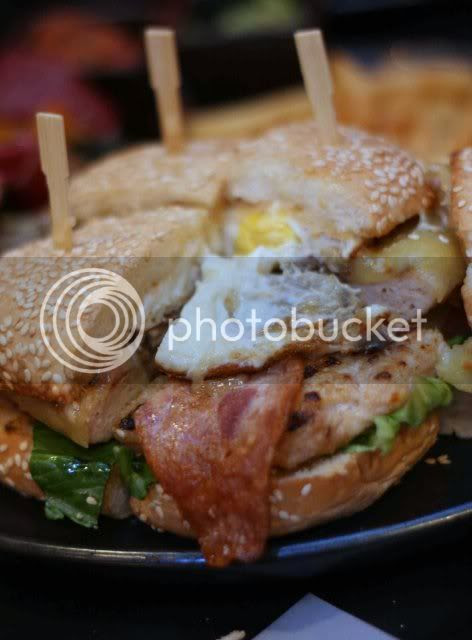 Another burger for sampling. This one is a chicken burger. 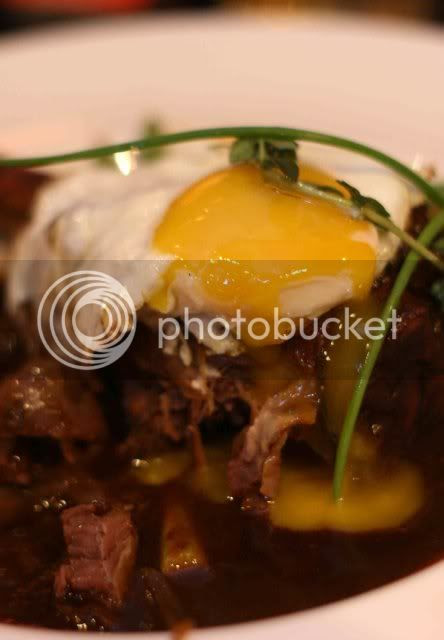 Ah, the runny yolk flowing down the crevices of the lamb shank like lava down Mt Vesuvius. 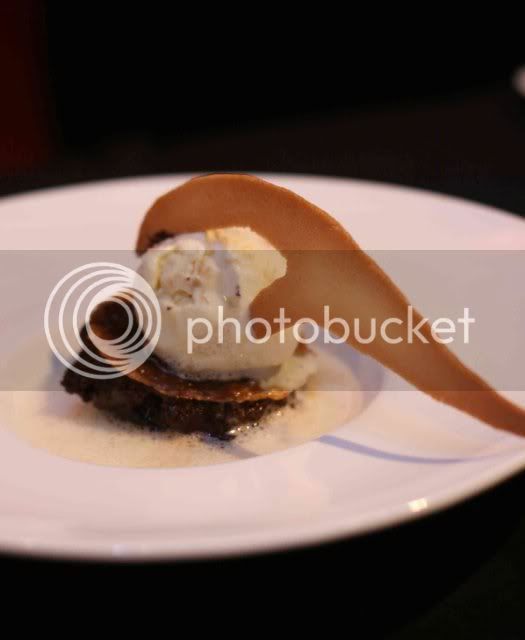 No complaints here either. Loved the ice cream.

I have never really thought of Uncle Chilli's as a food place. The pricing is SURPRISINGLY reasonable for a hotel, with the burgers hovering around the RM20 range, and I think most mains are in the RM30 range. It's good to know though, that you can probably have a reasonably priced steak here.

Thanks Frat and Lisa of Qguides for the invite, and to the PJ Hilton gals for their hospitality.

anything goes well with fried eggs.

Closer to Cod. Heheh. Three cheers to breaking the weekday vow of temperance!

Still around eh, this place. Happening or not?

Signs of ageing - first you consume less meat, then more fish, and before you know, it's prunes and lentils all the way.. *sigh* When are you going to concoct your version of prune butter cake? :P

Y'mean FratMustard carries his alter ego around everywhere he goes??

lovely bokeh! i see the burgers are juicy and massive as evah! no wonder u got to go on DIET now.. mwuahahaha

i wish i was a lil frat mustard figurine. stay the same n nevah get fat! hehe

Oh those days when I was fit to drink and eat with careless abundance seem so far away now... once I regain my health, I shall commit to working hard to un-FFKing my reputation! Try stop me!

I love a burger with egg too...but I can never deal with non-pork bacon in my burger! Ewww

lilmonkey, you incorrigible kafir you... ba alif ba ya alas cannot be consumed by all and sundry ya know.

minchow, yes yes, we are waiting...

ciki, obviously you dont read my text, cis. i had the COD. i was ALREADY on diet.

rubinho, thanks for dropping by. wow, you must be very familiar with the place.

yeap, unkaleong, closer to Cod. and in Cod we trust.

nipples, i know, i think eggs are God's greatest gift to mankind...2nd would be women i suppose.

BURGERS!!! And good desserts!
But sadly the mth of Mar n apr is very constricted to chap fun fr lunch & bread for dinner. unless of course, if someone else is paying... hmmm..

Haha..nola..juz went there 2 weeks back..1st time :p i wanna go b n try the pizza n pasta while the promotion is still on :)

Re: "Y'mean FratMustard carries his alter ego around everywhere he goes??"

Help me... I have so many naughty things I wanna say about this!!!