Some restaurants have been around forever. And Golden Phoenix at Equatorial is one of them. For those who love strolling down memory lane, you better stroll quickly, for the whole hotel will be closing it's doors at the end of March, to be torn down and rebuilt. While the Phoenix may rise from the ashes, it will be at least another 3 years before you can tantalize your palate with its offerings. Gasp, I will be close to half a century by the time the new Equatorial is ready.

But despair not, while the Dragon may herald the end of the Phoenix in its current form, there is still one last hurrah, and Chef Ng Chee Wah has put together traditional menus for the coming Chinese New Year. 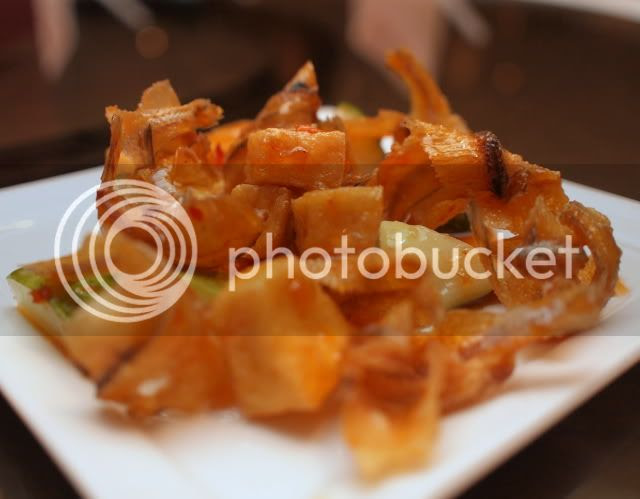 I loved the tidbits of deep fried anchovies ( I think that's what it was), tossed in a fruit compote. 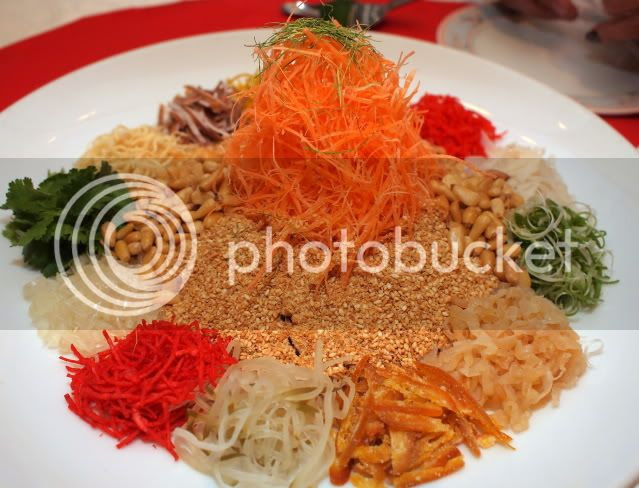 The signature Golden Prosperity Yee Sang, is different in that it has soft shell crab. Actually, judging by the number of times one partakes in Yee Sang during the season, it's a good thing that various restaurants have different takes on this dish, offering a nice variety. 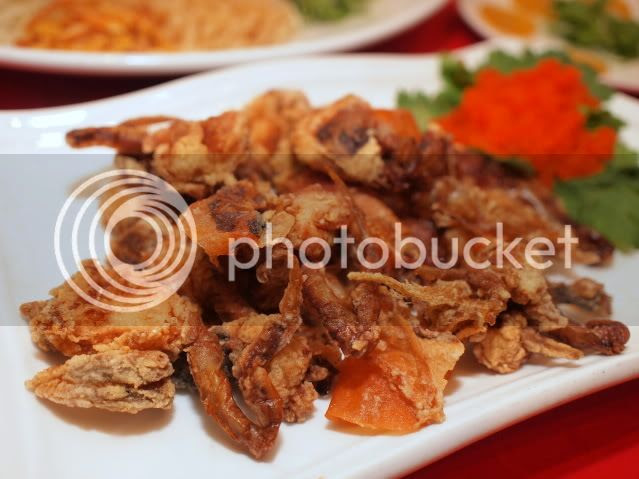 Adorned with pine nuts, and their specialty chinese coin carved out of oranges, together with the special plum sauce, the Yee Sang is a lovely combination. Traditional choices of salmon, jellyfish and abalone are also available till 6th February, for lunch and dinner, with prices starting from RM58++. 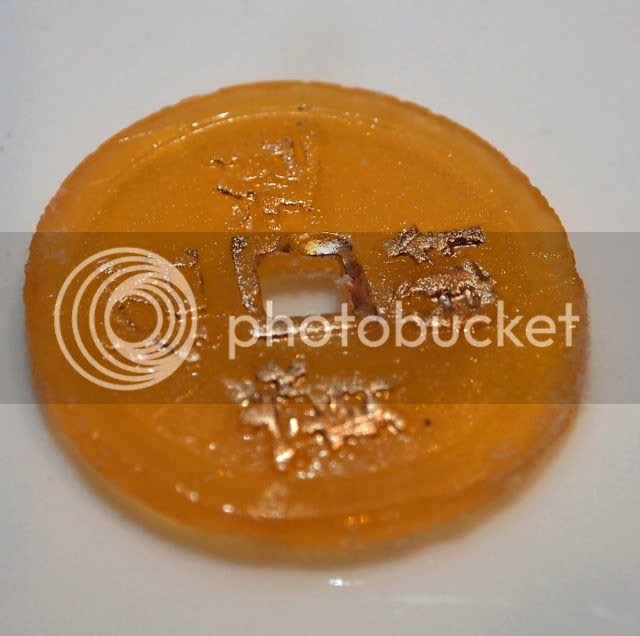 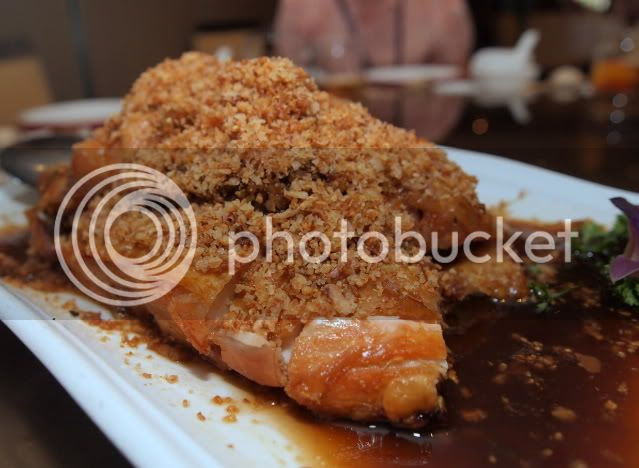 Roasted Chicken With Onions. Yes, there is a chicken underneath that rubble of onions. The onions are actually the highlight of this dish, aromatic, crispy, and imparting that glorious flavour to the simple chicken. 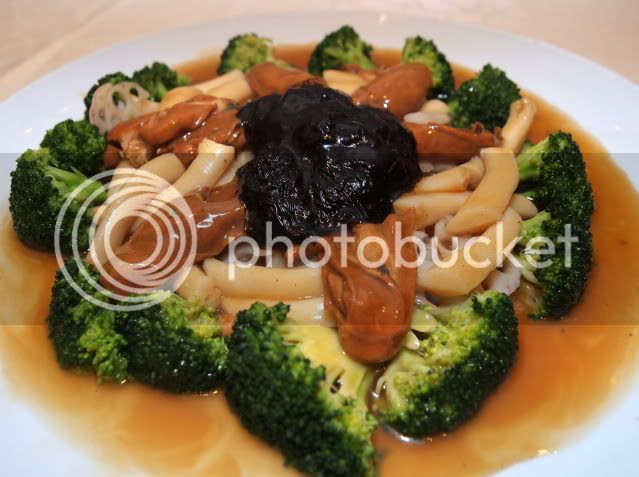 Braised Sea Asparagus, Black Moss with Lotus Root and Broccolli. When I was growing up, (as opposed to growing sideways), I don't recall ever eating sea asparagus. I wonder if it's a recent discovery. 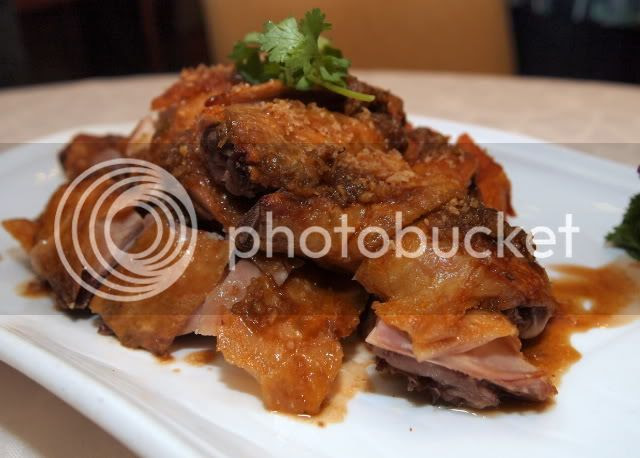 Oh, this is what the naked chicken looks like without the onion make up. As the original dish was so overwhelmed by the onions, the professional photographers on the table requested another one without the garnishing. 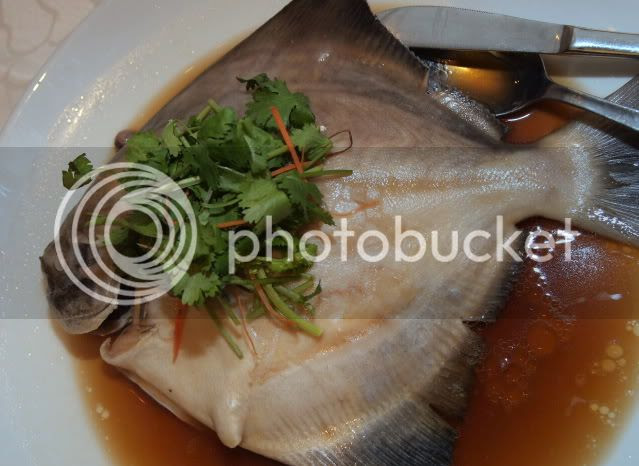 Steamed Pomfret With Soya Sauce. Pomfrets are one of my favourite sea fish, so I was rather happy to have this dish. It was steamed perfectly, not overcooked, as is prone to happen at larger banquets. 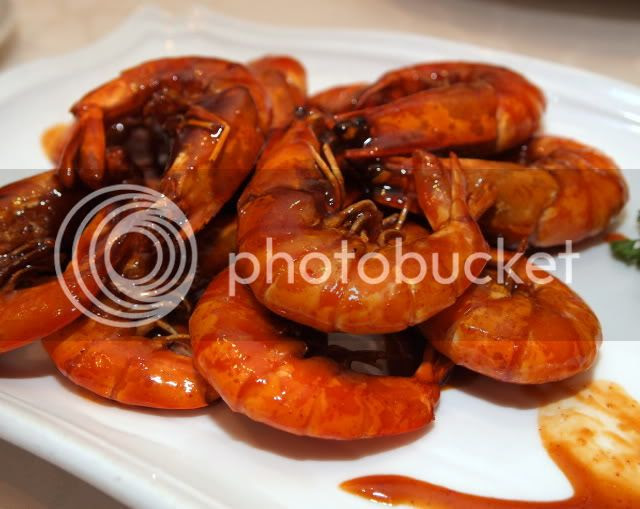 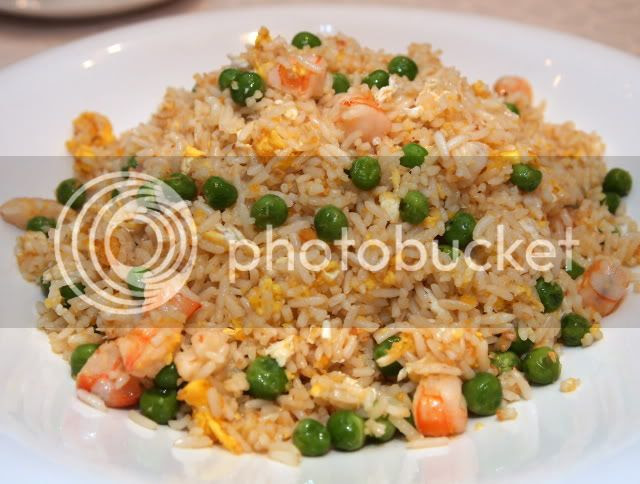 Fried Rice With Salted Egg and Diced Prawns. I wouldn't have minded some meat in the rice, but the salted egg, especially when you bite into the bits of yolk, does add a nice touch to the dish. 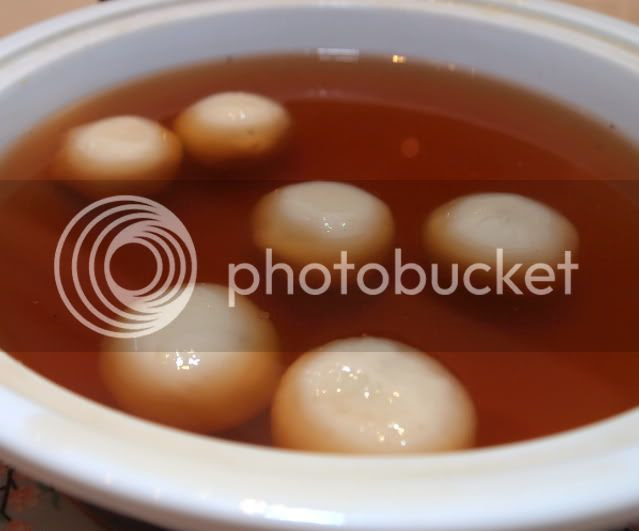 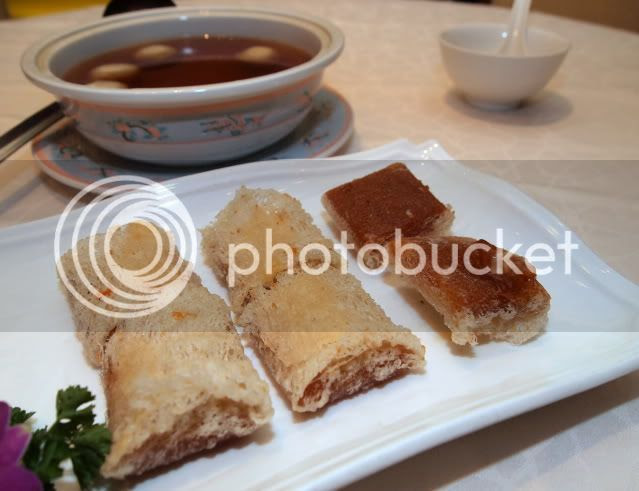 For desserts, glutinous dumplings (more like Tong Yuen served at the winter solstice) with ginger tea, (ah, the ginger tea was lovely. A bit searing at first gulp, but sends shivers of warmth to the body, and ginger expels wind). and pan fried nian gou with cheese. Cheese did I say? Well, to the cheese averse, it's a very subtle taste, and if it was not mentioned, only the VERY discerning could've picked it up. It lends a nice salty flavour to the sweet nian gao.

The menu above is the EARTH DRAGON Menu, and is RM1538++ per table of ten, and comes with a Chinese Tea Set. (as in, the crockery). Oh, the menu also includes a soup, which we skipped at lunch time. What kind of soup? Well, give them a call to find out.

There is also the Celestial Dragon set at 1338++ per table, and the Water Dragon at RM3838++ per table. Lest you keel over, it does come with abalone, lobster and all the other expensive Chinese delicacies.

Thanks to Carol of Equatorial for a lovely lunch.

Looks fab. here's to the year of the water dragon... !

Xin Nian Kuai Le from my family to yours... May the year of the dragon bring you much happiness, prosperity and good health!

How time flies. It was a year already since the last tine we "Low Sang" together. Happy Dragon year to you and your family! It has been ages since the last time I dine in the Golden Phoenix. You are right, this restaurant is there forever!