Do you know that 10 minutes of reading time before an examination begins, where you're supposed to read the questions? That is like an eternity, because, it gives you an idea what lies in store, and whether or not the road ahead is going to be a struggle, or a breeze (though I have never experienced the latter)...and sometimes, the road ahead seems so insurmountable that you just want to stab yourself with the pen.

Well, it might not have evoked quite the same reaction, but certainly, when I read Chef Thye Seng's menu for the night, I thought WOW, that is A LOT of food. Insurmountable! Don't worry, he assures us, the pork knuckle is a very small portion. 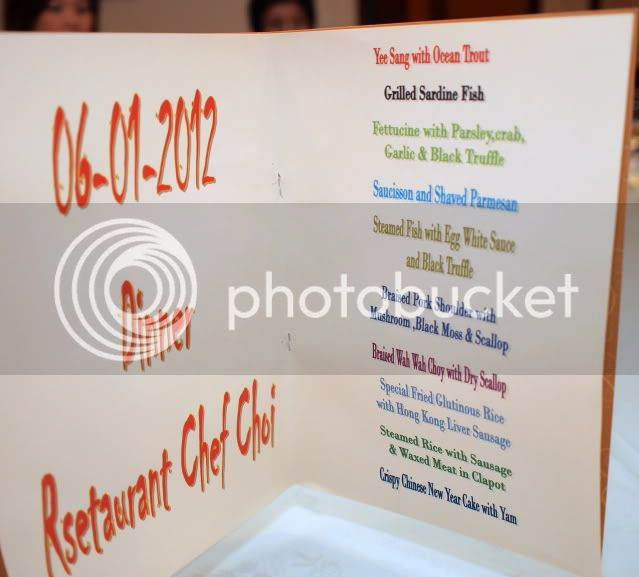 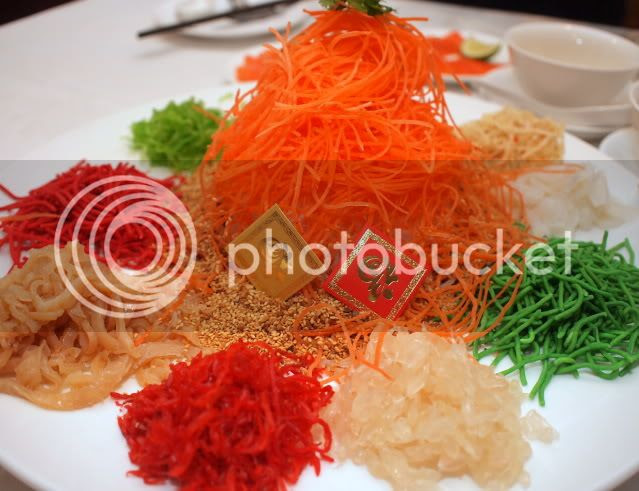 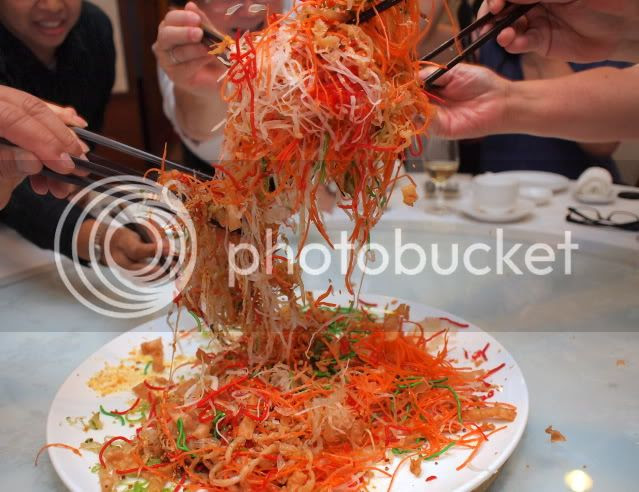 Check out the cute lil angpow packets, picked specially from Hong Kong. Chef also made a profound remark, that the dish should be high after low. As in, after "low sang", the pile of stuff should remain high, because if the dish sinks, it means the vegetables/fruits were cut too early, and all the moisture had gone out during the toss. So, measure that mount of yee sang after your toss! 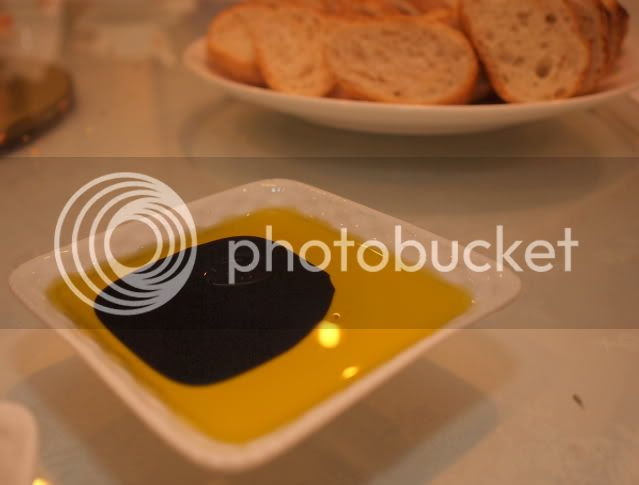 Did I say Chef Choi has an amazing variety of cuisine? It is not JUST a Chinese restaurant. This balsamic vinegar, wonderfully aromatic, is from that high class vinegar joint at O Gourmet, (I forget what it's called). But really, looking at the menu, WHO I ask, in their right mind, would want to eat bread regardless of how delicious the bread, olive oil and vinegar is? Well, all of us succumbed. 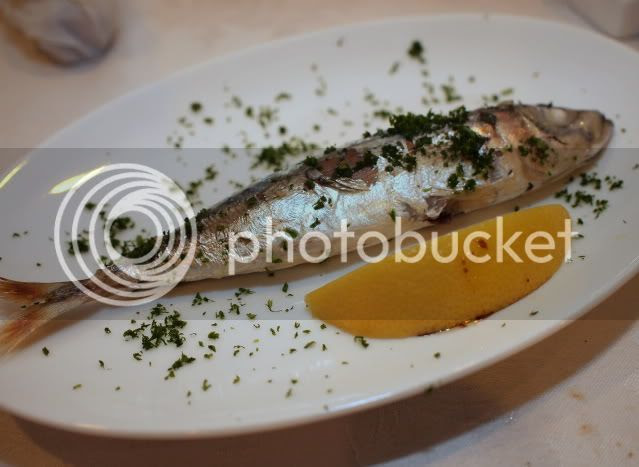 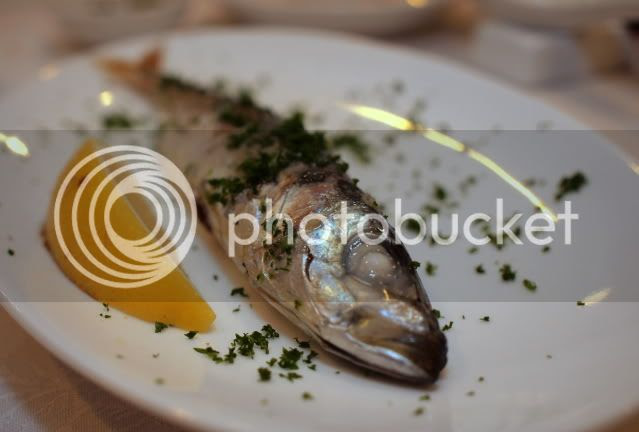 Grilled Sardine Fish, only because we were so lucky and Thye Seng had found fresh sardines in the market that morning. So don't expect it on the menu. Now, I have to admit that this is my first recollection of eating sardines that are not from a can. In fact, I wasn't even sure if Sardines referred to the method of preparation, (packed like sardines in the LRT), or the type of fish. It obviously refers to the type of fish. Fresh sardines are simply delicious, and simply grilled, really brings out the flavour of the fresh fish. Fish experts would know, looking at the eyeballs, that the fish is really fresh. 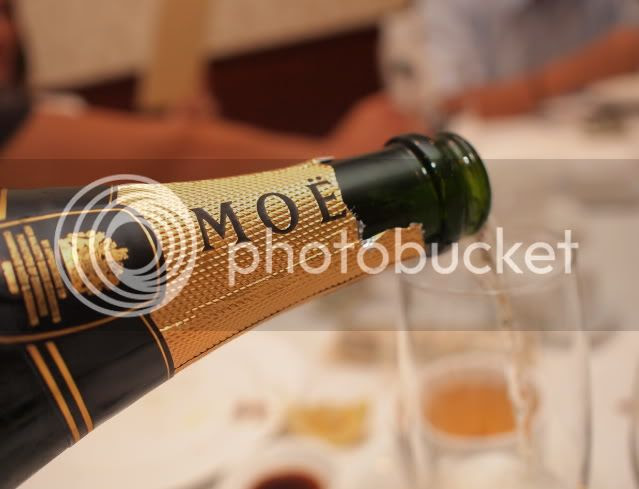 As if there wasn't enough decadence, a Moet courtesy of Boolicious.... 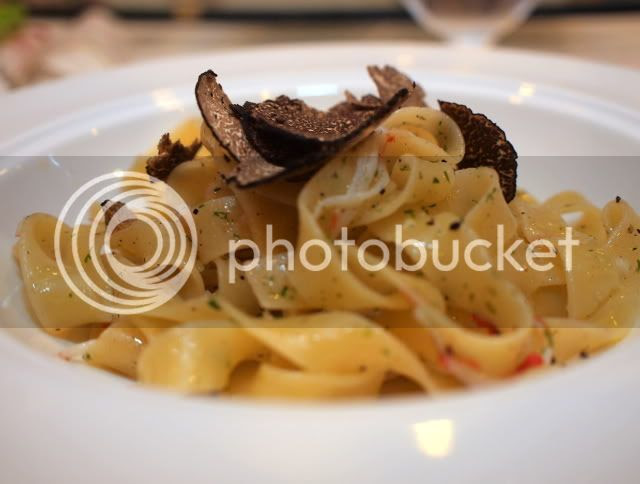 Fettucine with crab and black truffle. I wonder how I will ever eat ordinary fettucine again. 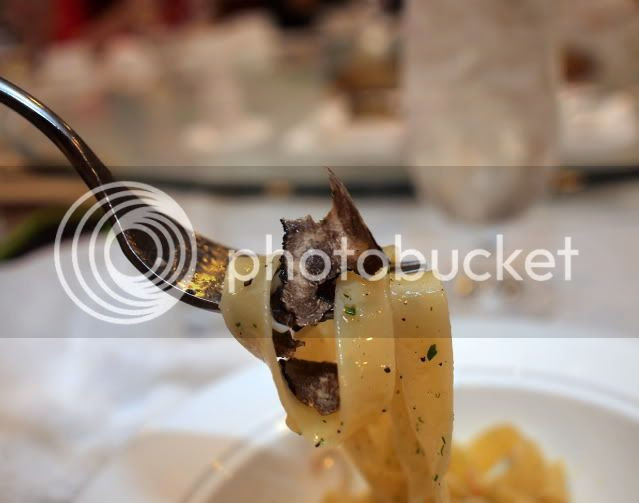 Perfect al dente, and the gloriously subtle flavour infused by the truffle really sent shivers down my tingling spine. 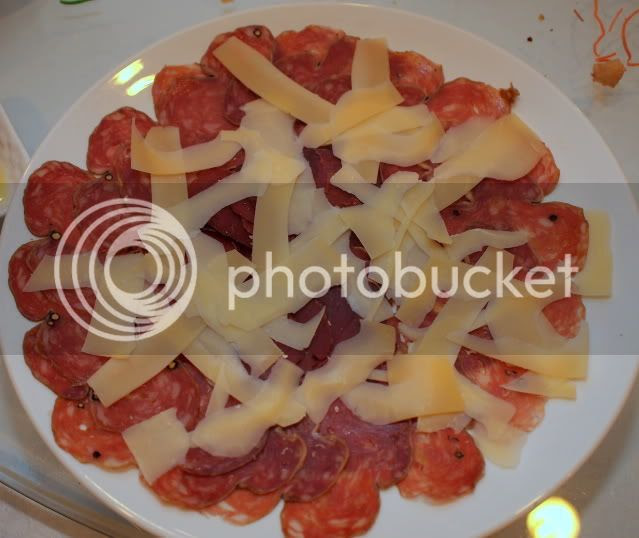 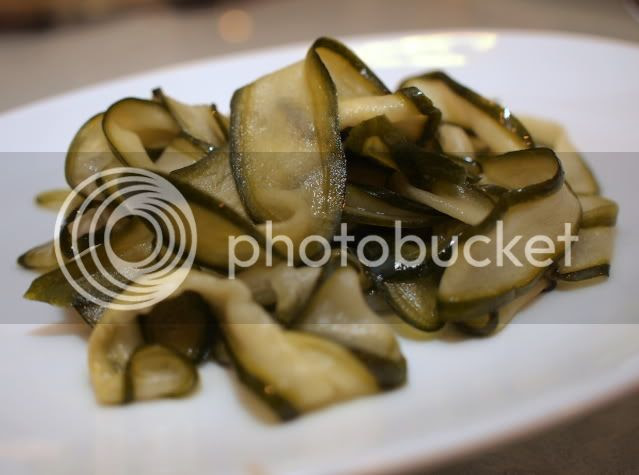 Home made pickled Zuchinni. Lovely way to eat Zuchinni. It has a lovely crunch, isn;t pickled so sour like a pickled cucumber. 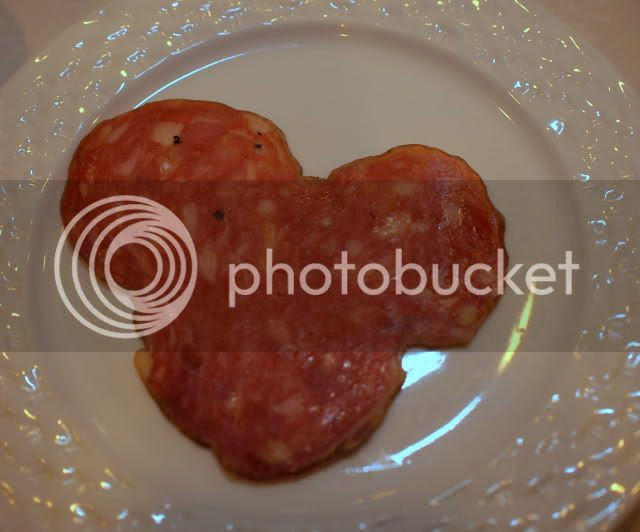 The hidden Mickey in the Saucisson. The dried cured meats are lovely, and the pork loin, though the first bite didn;t make much of an impression, really grows on you. 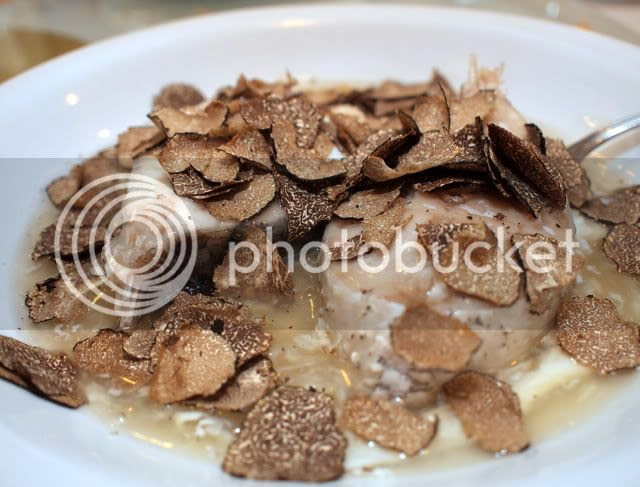 Steamed kurau with white truffle. MY FAVOURITE FISH, steamed with TRUFFLE. Bliss on a plate. And such fresh kurau too. I said I found it rare for any restaurant to serve kurau, though the connoiseurs on the table said it was available at a few places. 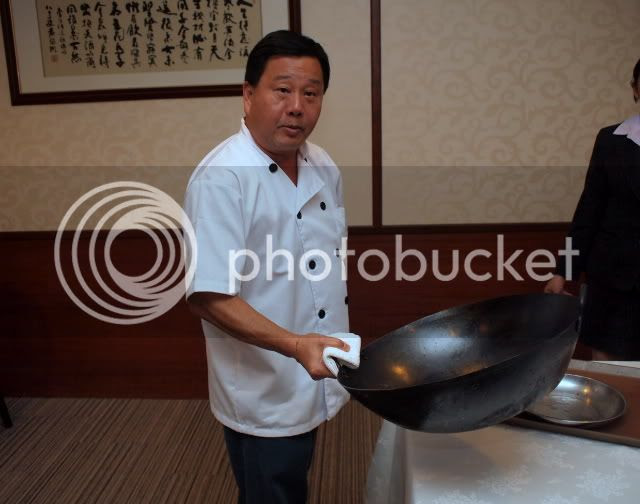 Thye Seng demonstrates how heavy an 18 inch cast iron wok is, especially if you use wrist work to toss the wok. You need one strong wrist!!! 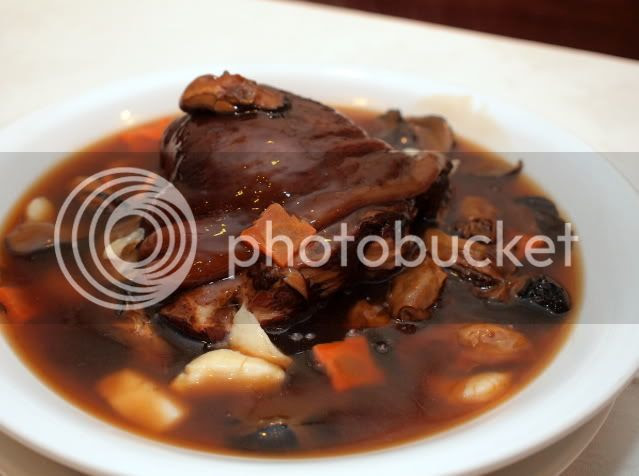 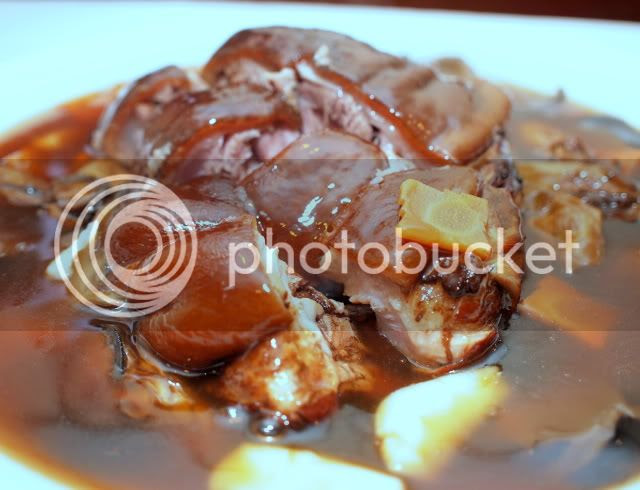 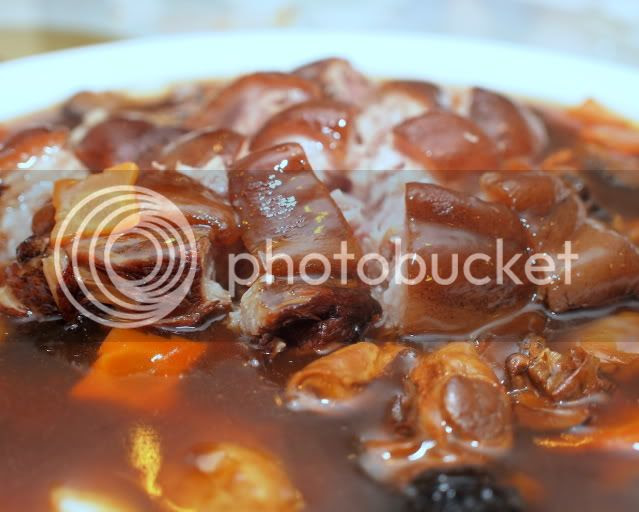 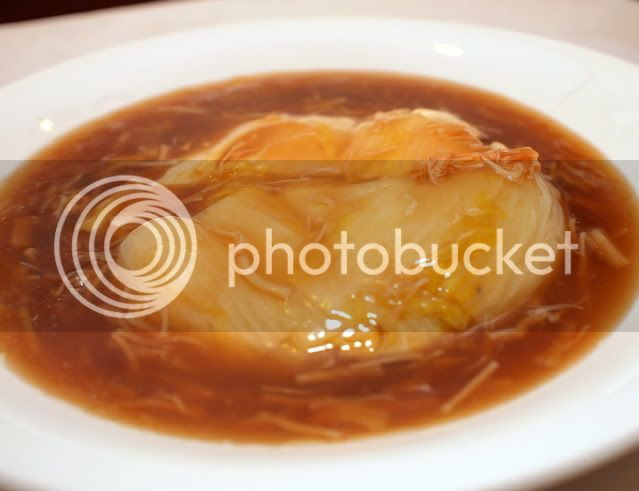 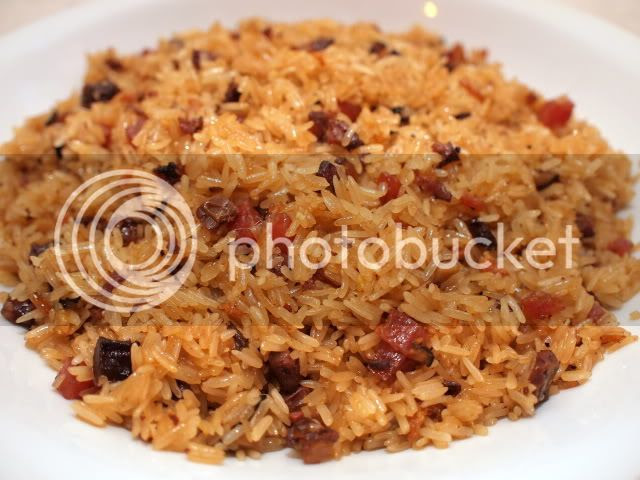 Arghhhh, such delicious fried glutinous rice. Just thinking about it makes me salivate. Seriously, so so so good. Ta-pau-ed some little leftover, and the kids whacked it in 2 minutes. 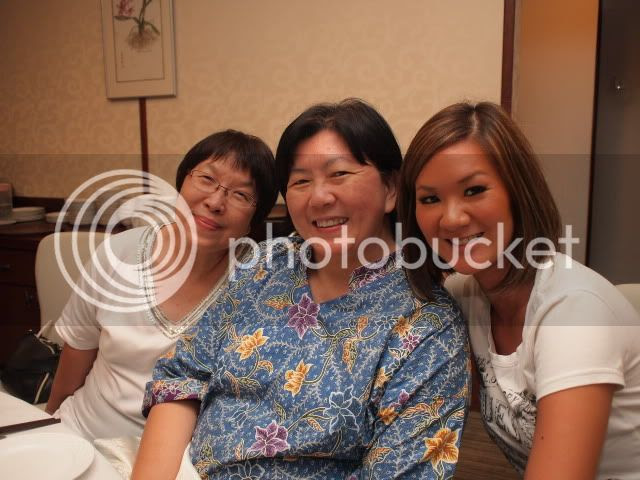 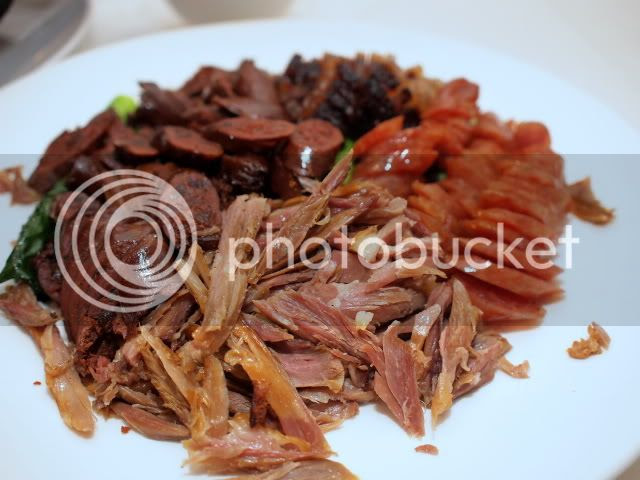 And the finale, that lap mei fan that was oh so so soooo good. 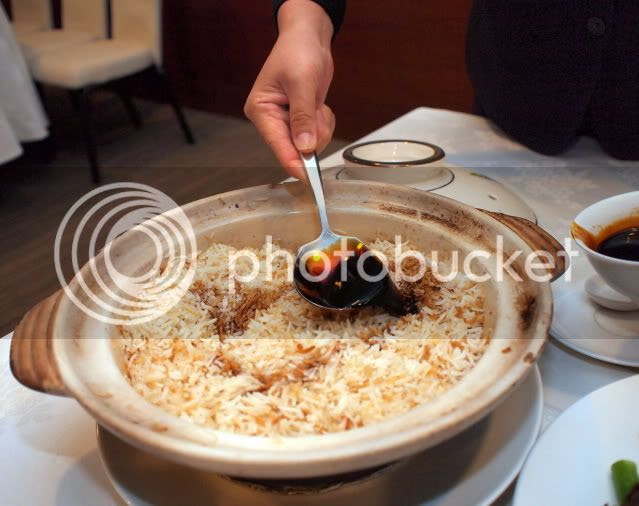 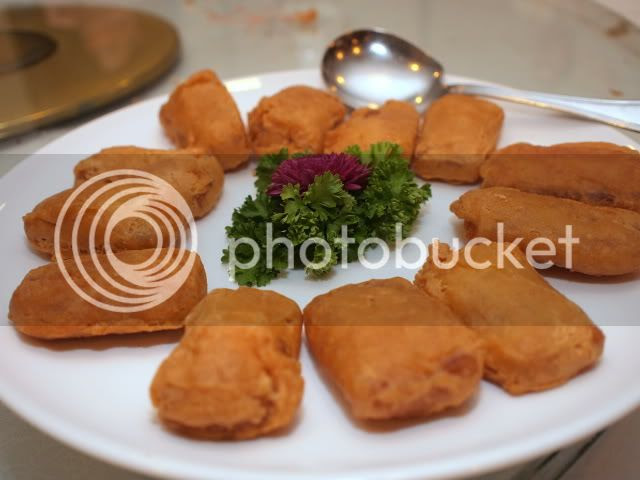 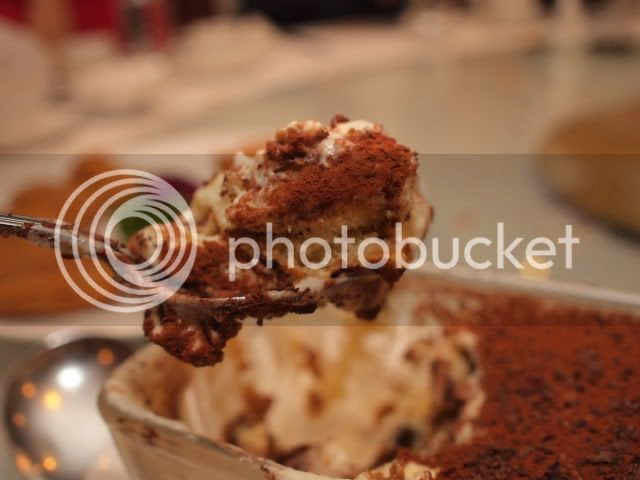 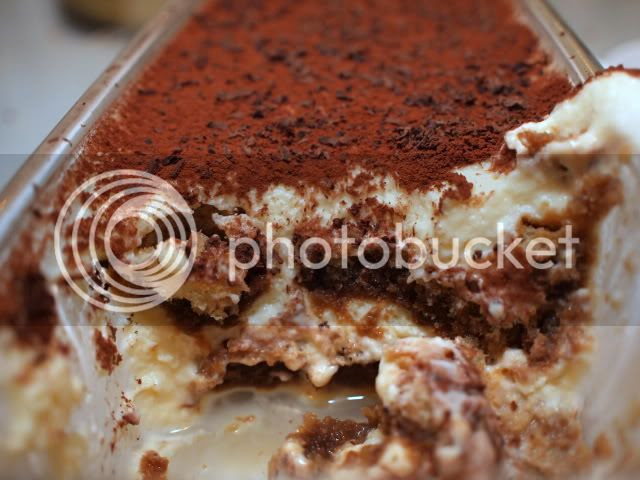 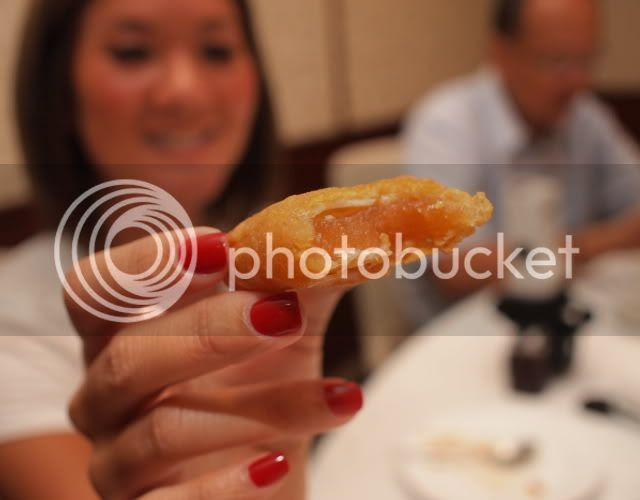 Chef Choi is another place to seriously consider if you want great food and great ambience, and easy parking, for CNY or reunion dinner.

Thankie once again TS & CS for an earth shaking dinner!
Posted by fatboybakes at 11:18 PM