Kampachi by Equatorial, At the Troika

I remember in the days of yore, when Japanese food was something so rare and exotic, it was the purview of only the wealthy, one of the names that was quintessentially Japanese was Kampachi.  Their famous buffet was the golden standard for Japanese buffets, when such form of culinary indulgence became the in thing, and it was also synonymous with Japanese fine dining, where we hear tales of rich tycoons spending in the tens of thousands on the freshest of sashimis and the best of sakes.

And then, Equatorial, that grand old dame, closed its doors to the public, I think sometime at the end of March this year, for an undisclosed period for rebuilding.  With it, the iconic Chalet, Kampachi and Golden Phoenix also went into hibernation or so I thought.  So when Alice Yong, food guru from Jom Makan asked if I would like to try Kampachi's new outlet at The Troika, of course I jumped shamelessly at the opportunity, even if it meant having to brave prime time traffic in KL. 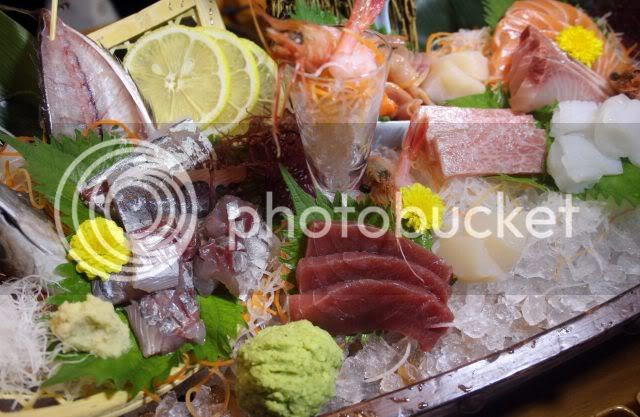 The seasonal Omakase Sashimi, a selection of raw fish, with that Toro to die for.  I swear, that tuna must be a kobe cow disguising as a fish.  Melt in the mouth goodness, (or maybe the kobe cows are fish disguised as cows), and freshness that makes you wonder how long ago they were still in school.  A platter like this costs RM400.  However, before you keel over from a heart attack, (that's why you should eat more sashimi, all that omega oils, I felt healthy almost immediately after eating this platter), you'll be glad to know that Kampachi does have a wide and affordable range of foods.,w ith sets from RM72.  The Omasakes range from RM185-RM300. 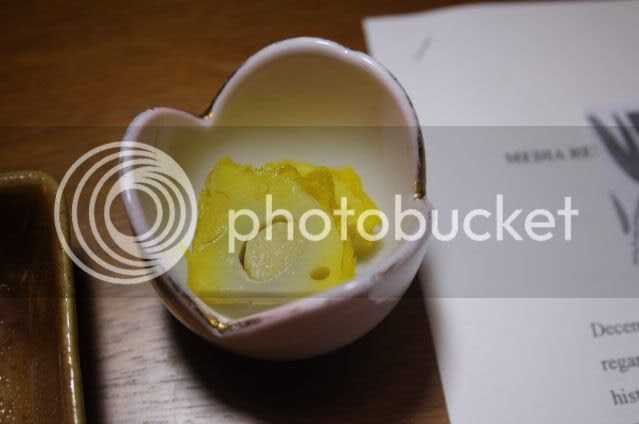 Karashi Renkon - Japanese Lotus Root with Mustard.  Rather unique, not something I can say I've had before. 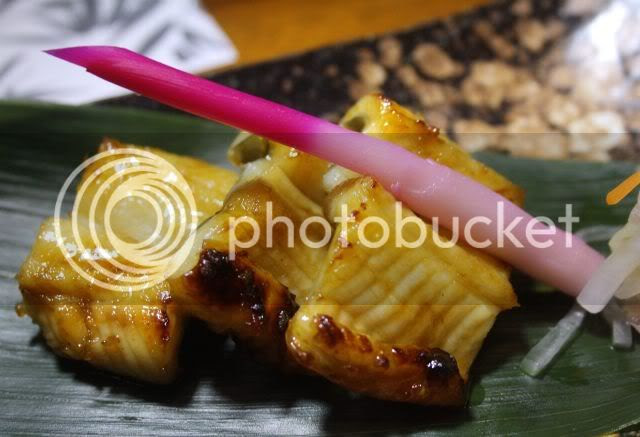 Ogon Anago Kabayaki - Grilled Deep Sea Conger Pike with Sauce.  According to the Chef, it's some kind of eel.  Heck, how will I ever unagi again after trying this! It was really a well eeled dish.  Tender, yet firm, and a very lovely flavour that my limited vocabulary cannot describe.  Their signature pink ginger embellishes the dish aesthetically, but is also lovely to munch on, if you like pickled stuff. 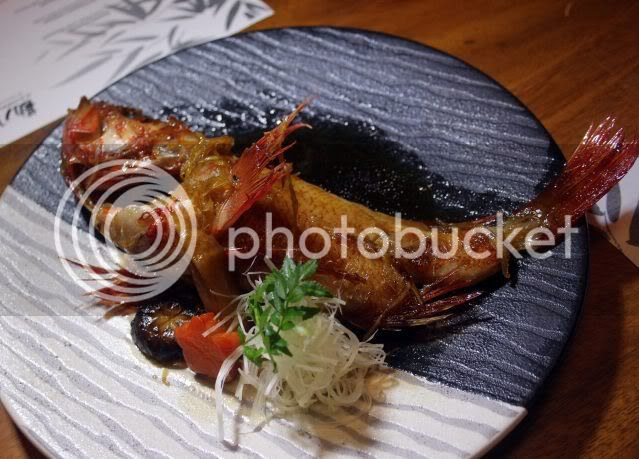 Kinti Nitsuke - Simmered winter season rock fish in seasoning, from the North of Suruga Bay.  I find it utmostly difficult to take pictures of whole fish on plates, because the fish look so ...err...dead.  As a scuba diver, of course everytime these marine creatures are served, I wonder what they look like in the sea.  Rockfish, as I know it, look like rocks, and it takes a trained eye to spot one, in the water, as they are perfectly camouflaged with their surroundings.  And they're really hideous.  But as cliche as it may sound, one certainly cannot judge a book by its cover, because if this is that same type of fish, the flesh, ooooh lala, sublime.  Fresh and firm, and so clean and pure tasting.  Absolutely gorgeous. 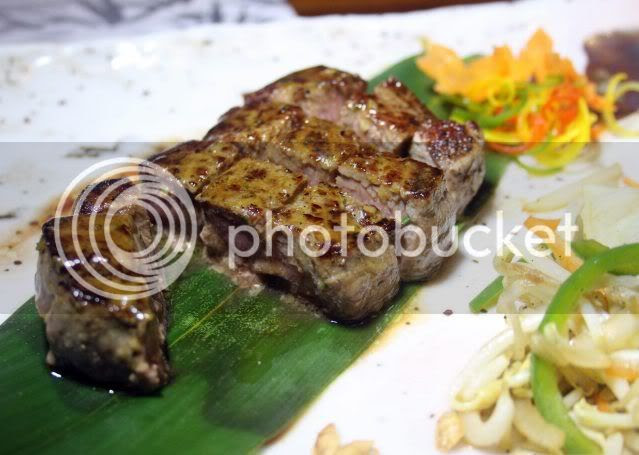 Which Japanese meal is complete without a nice cut of beef?  Teppenyaki Tenderloin, seared to perfection, served with Kampachi Truffle and ginger sauce.  I could easily have the whole slice myself.  Beef seems to be a big thing in Japanese cuisine, which makes me conclude that Shinto-ism must be quite different from Buddhism since a lot of practitioners of the latter do not feature beef in their diets. 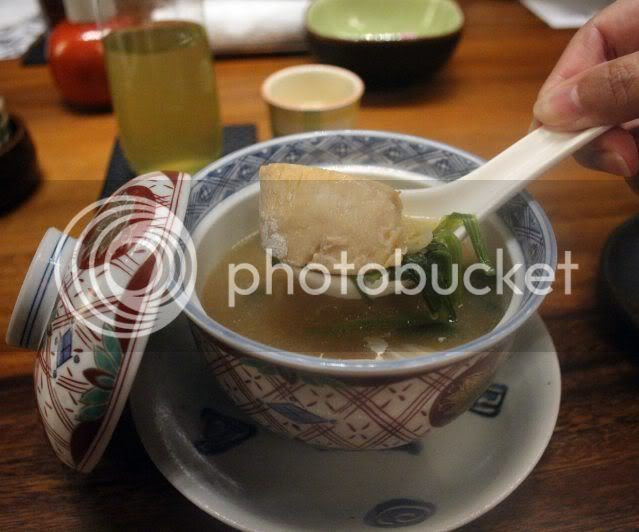 Hamachi Jiru - Yellow Tail fish head in special miso soup.  The broth is totally wholesome, and so flavourful, without that commercial miso taste that makes you want to drink 3 litres of ocha after.  The fish meat is still delicious, despite it being the base for the broth. 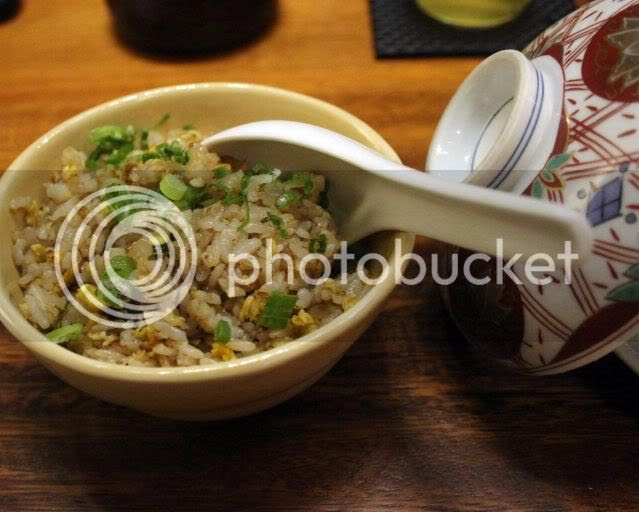 And Kampachi garlic friend rice. A perfect cap to a wonderful meal.  Actually, even with just the fried rice and the soup, I'd have been happy.  I am but a simple man, afterall. 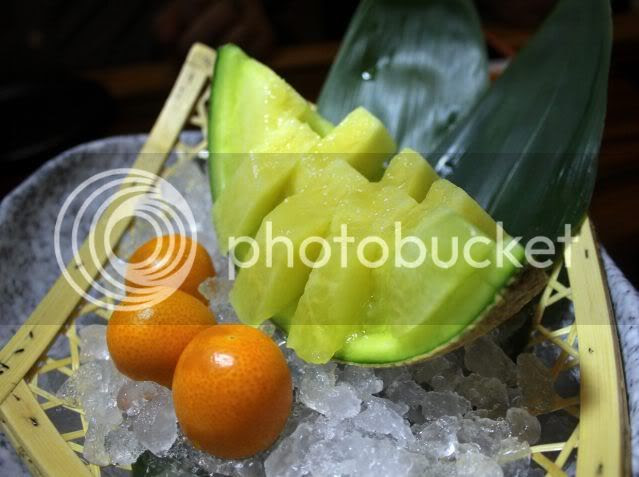 Japanese Melon and Kinkan.  Now, brace yourself, I myself nearly choked.  One slice of this melon is RM75, and each kumquat is RM19.  Now, the melon IS very fragrant and sweet, but honestly, for me personally, I would rather eat toro for the same price.  At least people had to risk their lives catching the fish.  And them kumquats, well, they were good, but I can't tell between a Japanese kumquat or Chinese one.  They all look round and orange to me.  Obviously I'm a food plebian. 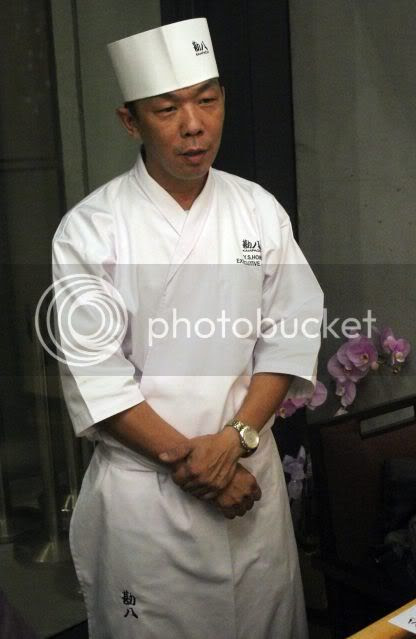 Chef YS How, Executive Chef of Kampachi who's been with them since time immemorial, explaining to us some of the dishes. 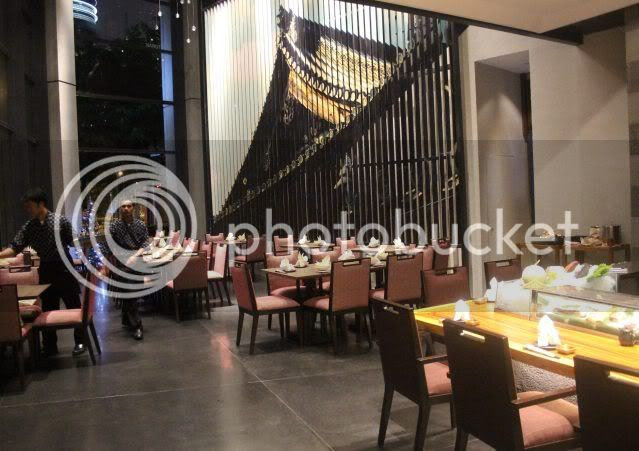 The chic restaurant is "ensconced in a primer corner lot with a highly visible street facade at the luxurious property (Troika) designed by "starchitect" Sir Norman Foster".  Seating capacity is 118, and tghere is a sushi counter on the ground floor and teppanyaki counter (under construction) on the mezzanine. 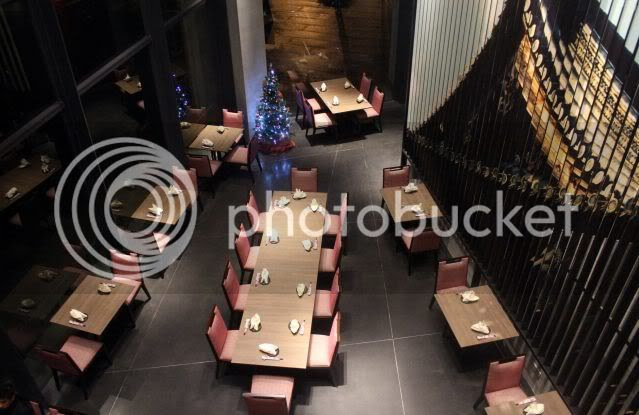 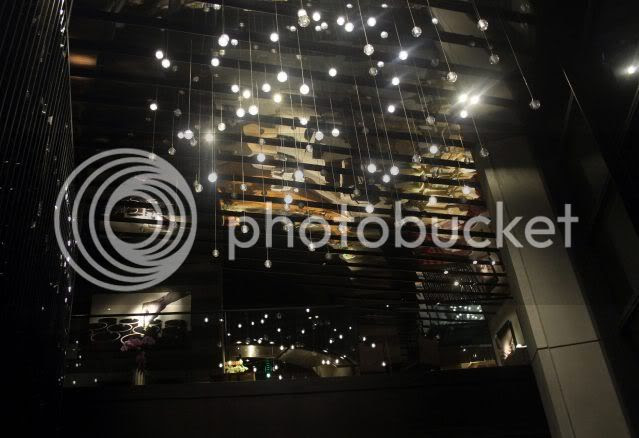 Fans of the Kampachi buffet will be glad to know that it will be making a comeback in January. 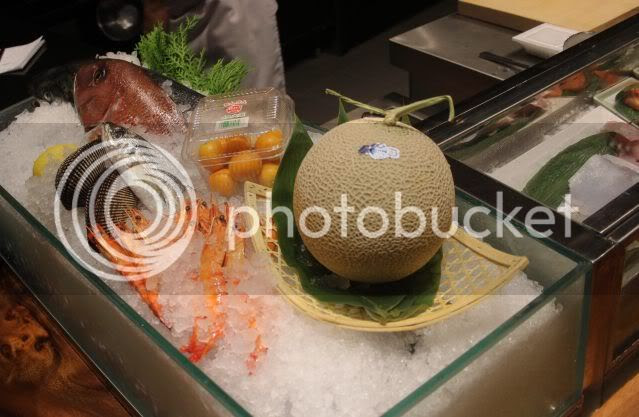 so much fish that night hor... LOVELY! I can't do it all over again with no trouble!

(you confused me now with the fish who thinks he is a cow being a fish.. ) grrrrr

this makes me hungry!

You had me guffawing out loud at your wickedly imaginative comment about the toro being Kobe cows in disguise! Good one ^^