With the world getting smaller, less places and less cuisine sound exotic.  I mean, when I was a kid, there was like one or two Japanese restaurants in town, and to go to those places meant my dad having to save up a whole year kinda thing, AND we only went on special occasions.  That was about the extent of exotica in our local dining scene.  Slowly, as time went by, we had Italian, (I'm not sure if any real Italian will endorse them as real Italian, but well, for the less travelled, it will have to do, to vicariously sample the food beyond our borders), Northern Indian (surprisingly, quite rare back in the day), Thai, (again, baffles the mind that they weren't here like forever), ...now almost the whole of ASEAN is represented here, except Singapore, which really, has no cuisine of its own so to speak (running and hiding for cover), ...but yes, Indonesian (from Balinese to Javanese, and antara Anyir dan Jakarta), Thai, Vietnamese, Myanmarese, Laotian (hmm, got ah? But I guess that would be covered under Indochina), Philippines (actually, is there one, or are the Filipino instant noodles their only representation here...or is La Manila really pinoy?) ..

But, mention South American, and wow, it IS still rather exotic to me.  Apart from Argentinian steak houses, and Brazilian Wax, that continent is really still quite mysterious.  So, when I got an invitation by Alice Yong of Jom Makan, to try Peruvian Grilled Chicken, I could not refuse.

Okay, before you set your expectations to Machu Picchu heights, and expect some Mayan Mayonnaise or  Fujimori Teriyaki, ...it's simple everyday fare, which is what makes it rather appealing, and judging by the fairly impressive crowd size on a weeknight, it seems to be a cuisine that identifies with the Malaysian palate. 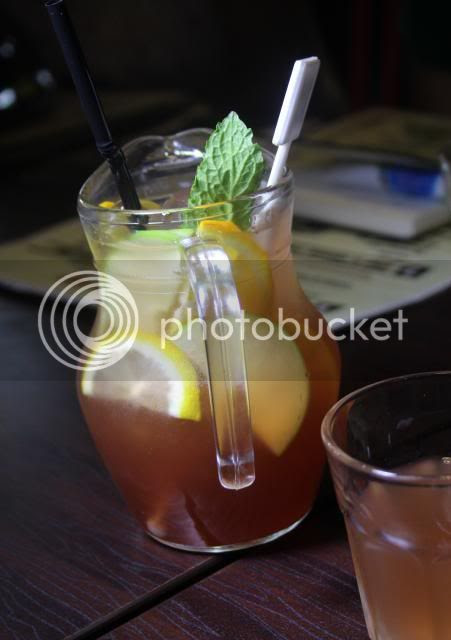 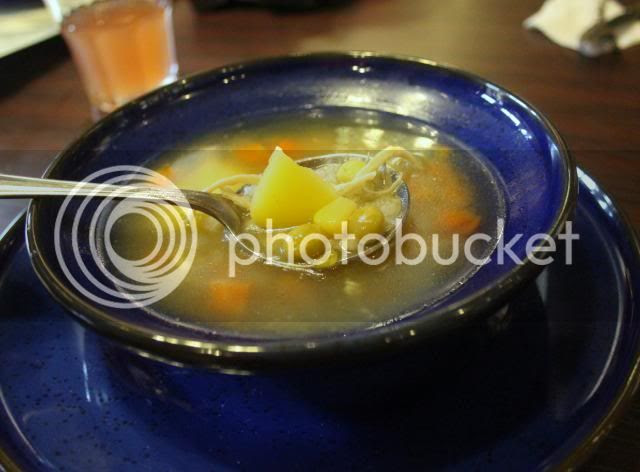 A very hearty comforting chicken soup, kinda like the ones you use for the soul.  Since I was last to arrive, the soup wasn't as piping hot as I'd have liked it to be.  But flavour wise, definitely comfort food. 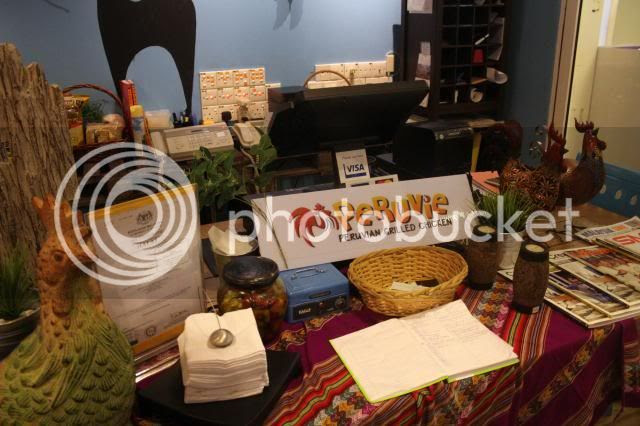 Those are live size models of the chickens ...in Peru, I presume. 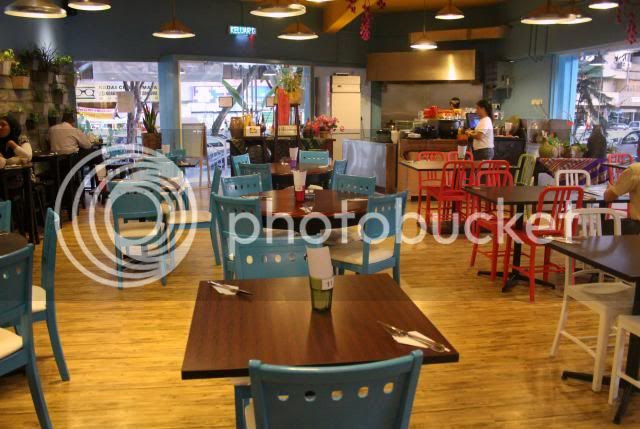 This was taken before the crowds started, as you can see from the daylight outside.  By nightfall, most tables were filled.  It's located right next to Penang Village, in Lrg  Rahim Kajai 13, TTDI.  You can't miss it. 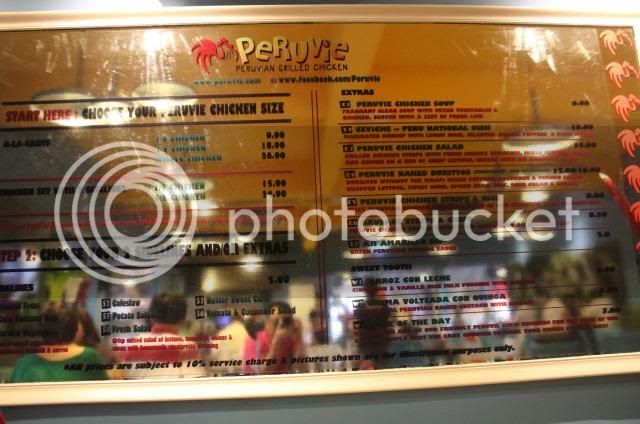 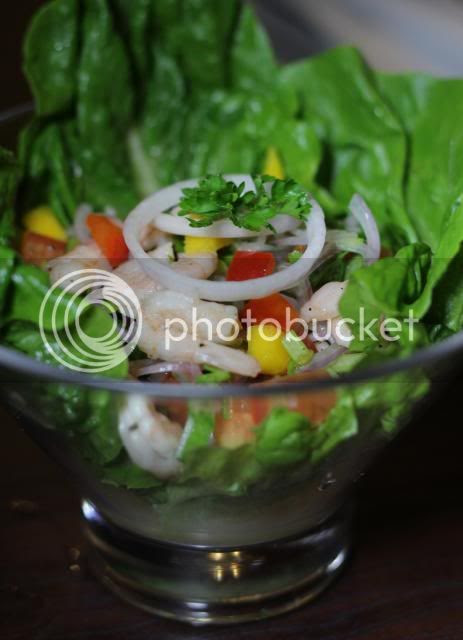 There is a staggering array of side dishes, far more than the actual choice of chicken.  And unlike fast foods, there are many healthy options, such as this prawn ceviche...

Anyway, these sidedishes are referred to as sidelines, and an order of quarter chicken with three sidelines only costs RM15.90. 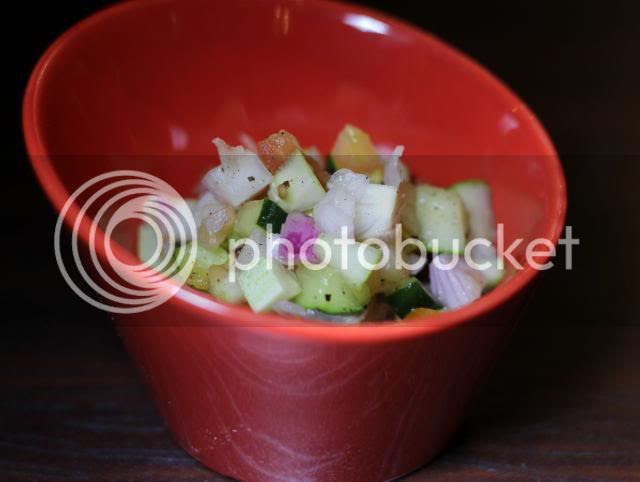 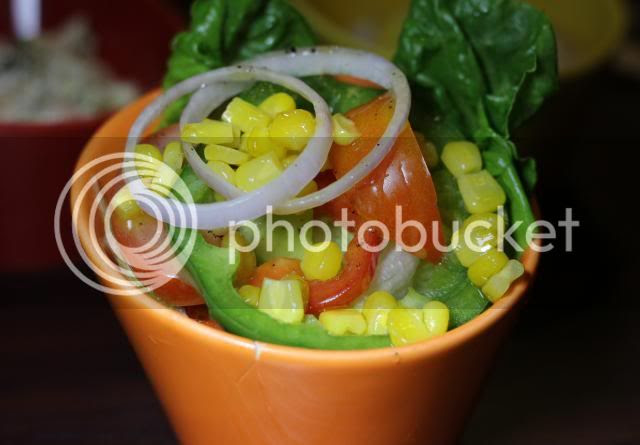 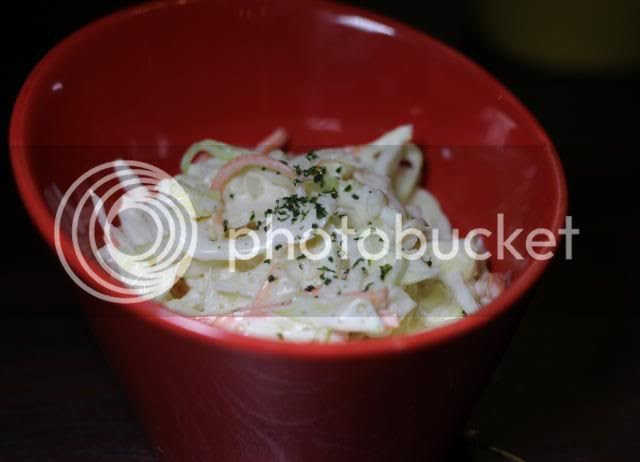 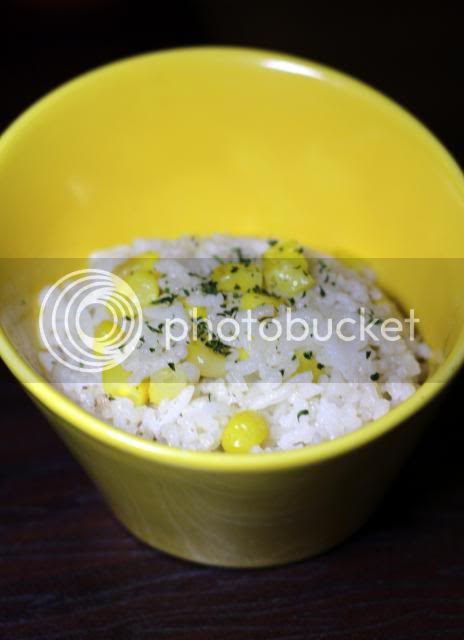 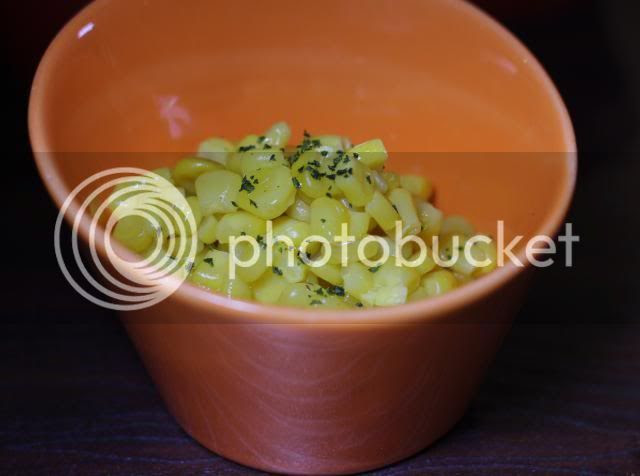 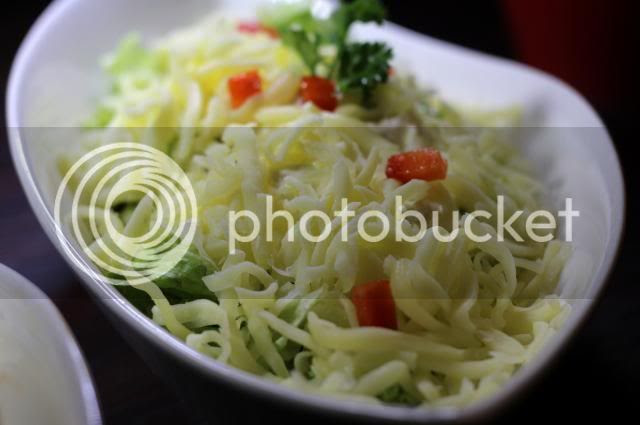 The naked burrito is worthy of mention, because unlike the normal burrito which has a wrap, this one doesn't, for the gluten conscious.  The flavours of sour cream, and cheese, and all the other stuff like beans etc do make a lovely combination. 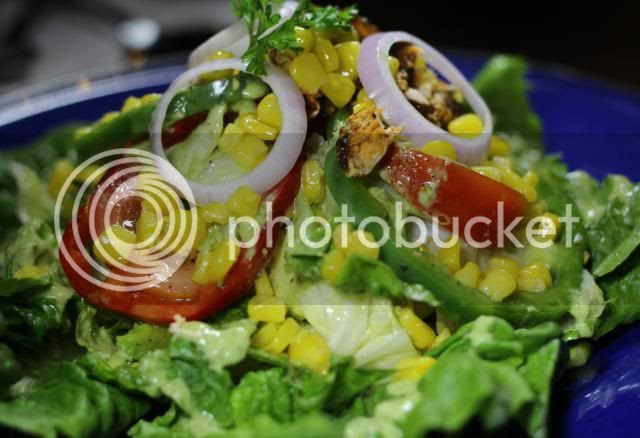 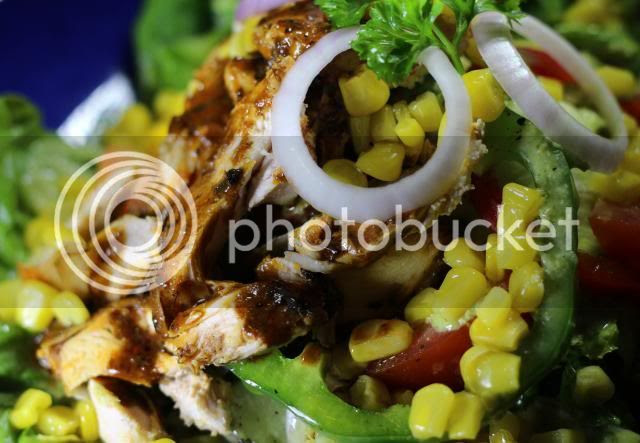 Their signature Chicken Salad is actually rather filling, and substantial, for RM14.90. 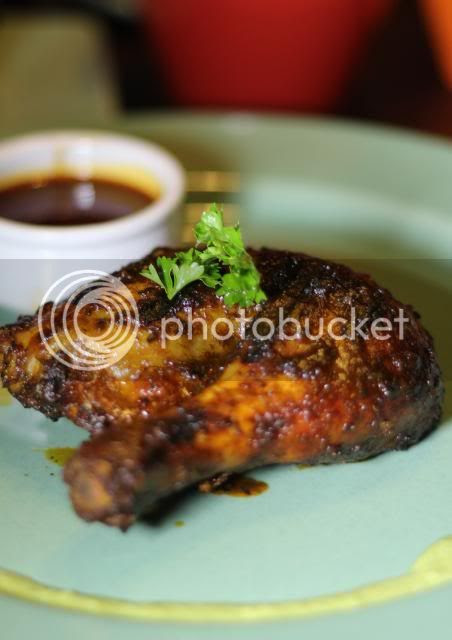 The grilled chicken comes in two types of preparation, original and spicy.  The chickens are lovingly "finished" in the grill just before serving,  so it comes out piping hot, with that char grilled flavour.  Another item worthy of mention is their Aji Amarillo sauce, which is a minty, spicy, tangy concoction that is really quite a universal sauce that can pair with anything.  It must be the sambal belacan equivalent of the Peruvians. 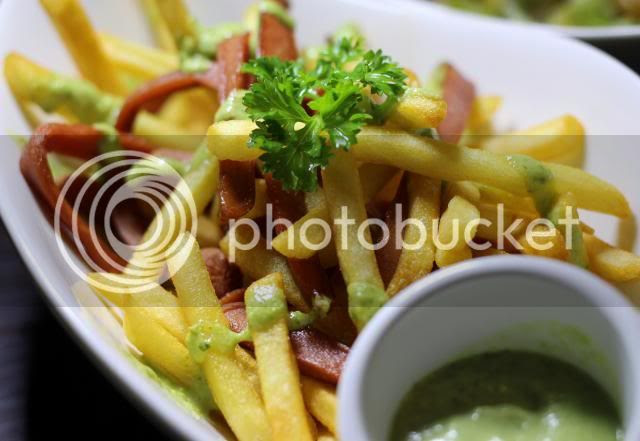 Chips, sausages and the Aji Amarillo Sauce.  Perfect beer food, unfortunately though, the place doesn't serve alcohol in any form.  Ta-pau and eat at ...hahaha, there's a whole row of pubs behind really. 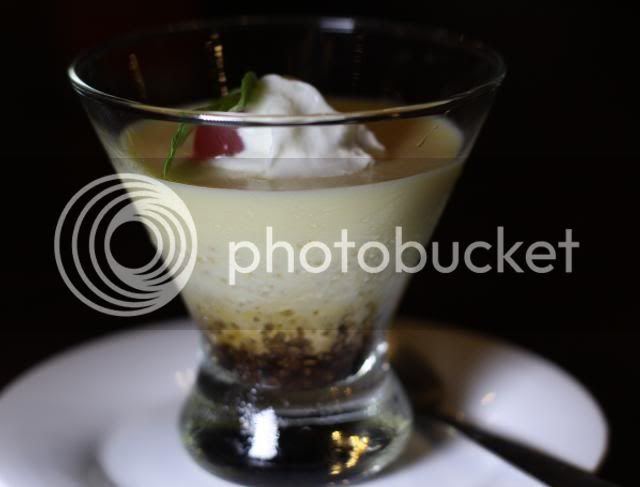 Desserts with a twist, Crema Volteada Con Quinoa, ie a baked custard with Quino, that seed that seems to be the darling of all health food enthusiasts.  The quinoa give the custard a lovely crunch, without the guilt.  I liked this dessert. 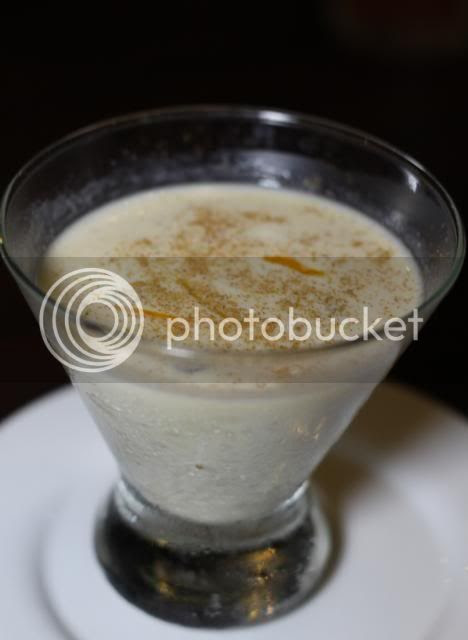 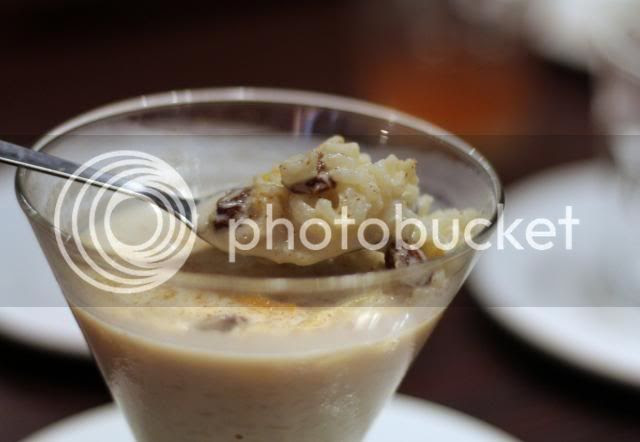 Arroz Con Leche – cinnamon and vanilla rice milk pudding with raisins. It's like our sweet buburs, and if you like the idea of sweet rice, then this might be your thing.

Prices are very reasonable, you can easily fill your tummy for RM20 or less.  I should bring the kids there soon.

Posted by fatboybakes at 1:04 PM

bring me! bring me!

I can live on cebiche along seriously! KL needs more great Peruvian joints. Yay for Peruvie!

I am Benson from TABLEAPP, a free online restaurant reservation with instant confirmation.
Kindly be informed that we refer part of this article on our website and credit back to your blog to browse the whole article.

Please do not hesitate to contact me at benson@tableapp.com if you have any inquiry or interest to join our affiliate program.

You give an delicious review for Peruvie Peruvian Grilled Chicken, we would like to say thank you here. Please do help give some comment for another review at http://malaysiafood.org/peruvie-peruvian-grilled-chicken/