I love the way the Scottish people speak, and I am intrigued by the phonetics of the language.  Some words seem to have too many redundant letters, some have too many vowels, and it's never pronounced quite the way it's spelt.  Take for example Bunnahabhain.  It needs to be said with a throaty almost spitting out the words way, and the BH is actually a V sound, so it's actually ˌbuːnəˈhævɪn/ BOO-nə-HAV-in (for those of you who know phonetic letterings).

We were most privileged, under the auspices of Single and Available, to have met Kirstie McCallum, the master blender herself from the Bunnahabhain distillery in Scotland, who only leaves Scotland twice a year... 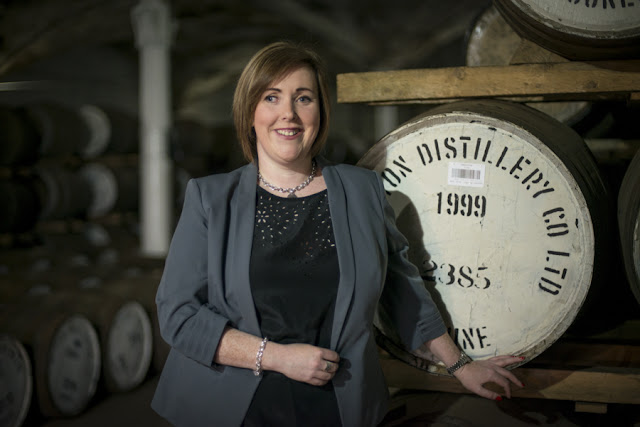 (I have to say, based on these pics below, it looks like a rather melancholic place)... 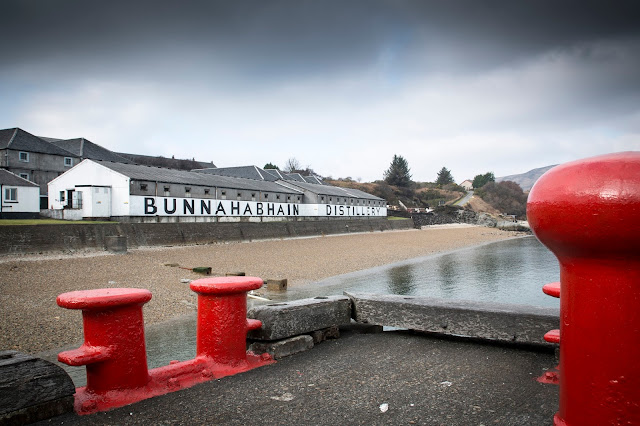 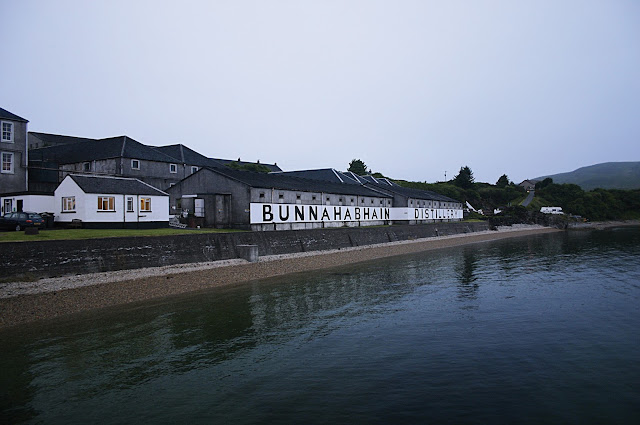 Considering she had just arrived that morning in KL, from the UK, the good people at Single and Available certainly made her earn her keep, as the session we attended was the second session for the day, so one does wonder where she gets the energy and ebullience from.  I can only think of one answer.  The whisky.  What a dream job, a master blender. 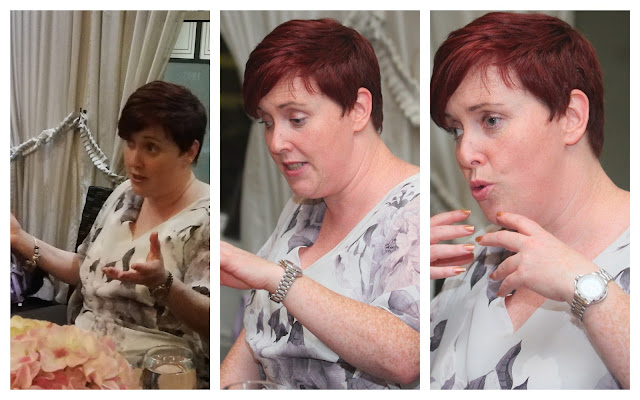 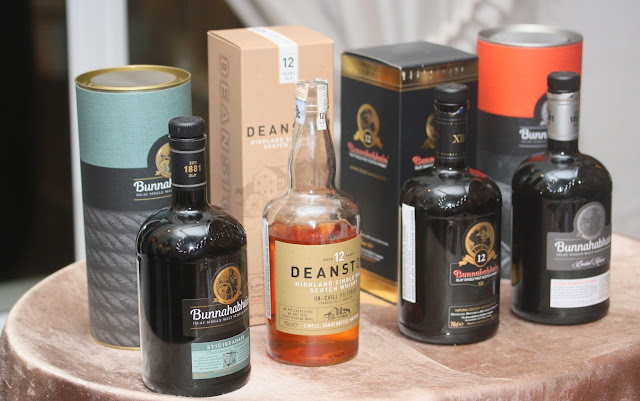 In addition to Bunnahabhain, we also got to sample the Deanston 12 years. 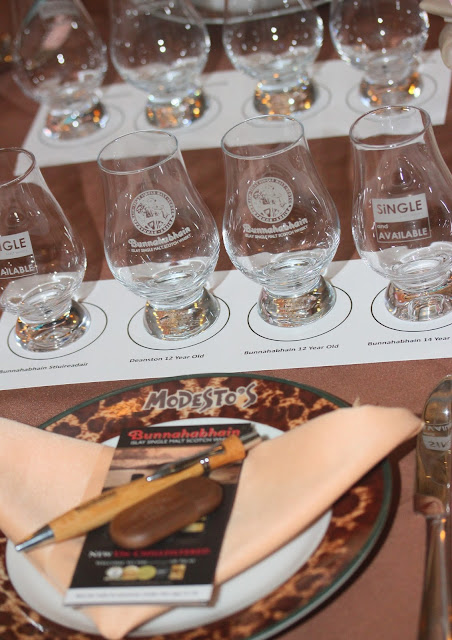 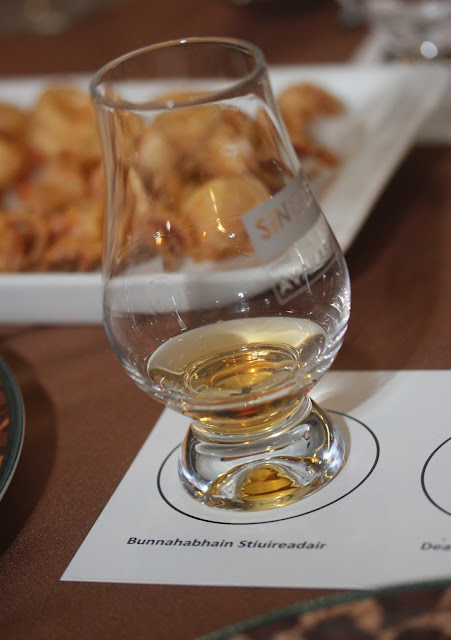 We were introduced to the Bunnahabhain Stiuireadair (so many vowels) pronounced STOO REE DAH, which means Helmsman, after the logo on the bottle.

To create Stiùireadair Kirstie had selected first and second fill sherry casks with spirit of varying ages and warehouse locations to construct a dram that truly exposes the coastal nature of the Bunnahabhain single malt whisky. 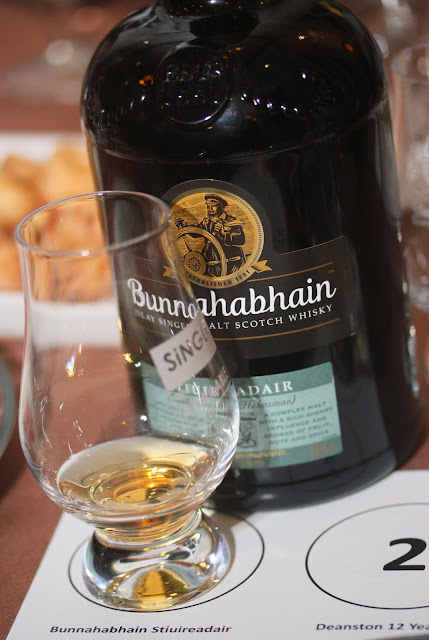 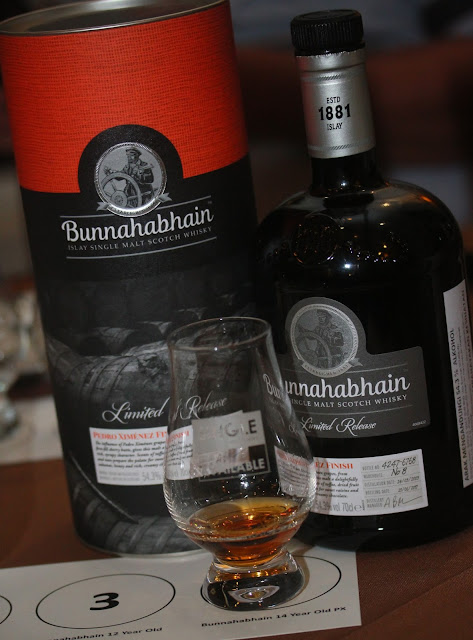 
From the Notes:
Finished in the PX casks since 2014, following eleven years in 2nd fill sherry butt’s, this limited edition release owes its distinctive flavour to a perfect marriage of the  unique Bunnahabhain malts and the sweet, syrupy notes drawn from the very wood of the casks themselves.

This is a process that cant be rushed and we only bottle when Kirstie says the time is right. 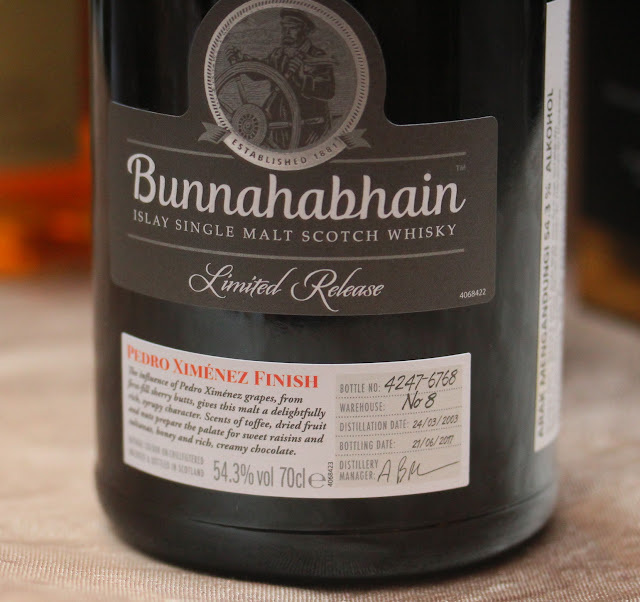 On a side note, it might seem odd that the AVB is 54.3% and 46.3% for the other one.  Why the point 3? Apparently its due to some EU regulation that only allows a 0.3% degree of error, ssomething like that. 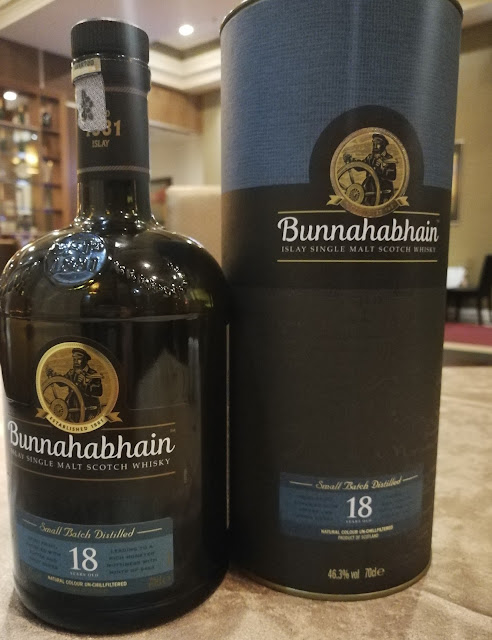 As an added bonus to the faithful friends of Single and Available, we were also given a nip of these glorious dram, of 18 years. 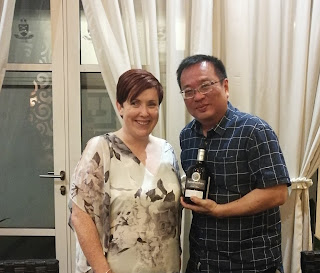 SOME FACTS ABOUT THE DISTILLERY

Established in 1881 and built close to the Mouth of the Margadaleriver, Bunnahabhain means Mouth of The River in Gaelic. Bunnahabhain is the only distillery on Islay to produce whisky using pure spring water.
Most northerly of the Islay Distilleries –situated on the north east tip of the island. Overlooking the Sound of Islay, a vast stretch of sea travelled by many a seafarer, as illustrated by the helmsman on the pack, Bunnahabhain’swonderfully remote location makes it an idyllic place for whisky distillation.
The welcoming and complex taste of Islay –unpeatedIslay, produced using unpeatedmalted barley and spring water.

Posted by fatboybakes at 2:28 PM