The First of the Ramadhan Month Buffets, at Serena Brasserie, Intercontinental Kuala Lumpur

Every year, as the fasting month, ie Ramadhan, approaches, there is a flurry of activity, whereby hotels and restaurants are preparing new offerings for the traditional break fast, or iftar, or buka puasa.

This year, after a few years hiatus, my first invite was to the Serena Brasserie at Intercontinental Kuala Lumpur.  What really caught my attention was the "Lobster Laksa", which piqued my interest.  Before we go further, I should clarify that  one should not expect a boston lobster or the huge australian ones, rather, this is the Slipper Lobster.

The best thing about these buffets meant for Ramadhan is it really brings out the best of traditional Malay cuisine, which is highly understated and underrated, which is a pity, because it is such a rich heritage, and such complex flavours derived by a cornucopia of spices and herbs, and is so labour intensive that it is no surprise that it is a dying art among the young generation. 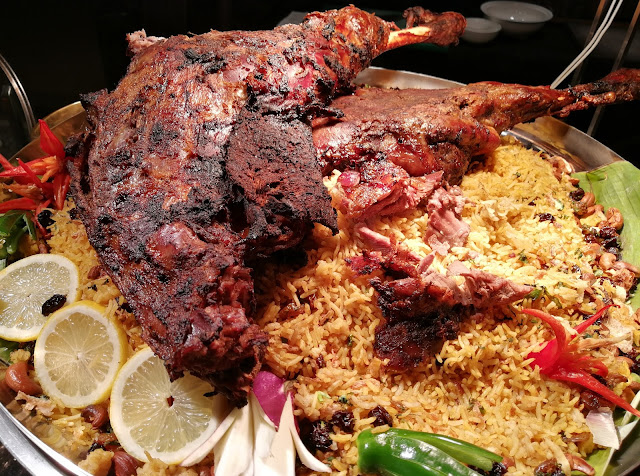 Thai Style Kibas, cooked and pit roasted served with a fragrant briyani.  Okay, for the review, the Kibas Lamb hadn't arrived yet.  To the uninformed, Kibas is probably the Wagyu equivalent of lamb, and hails from the middle east, and was apparently the Prophet's favourite lamb. 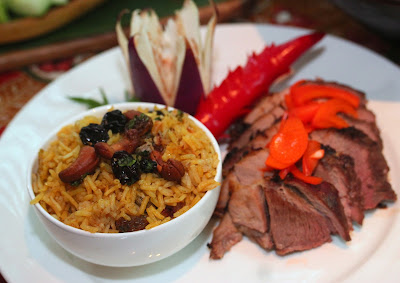 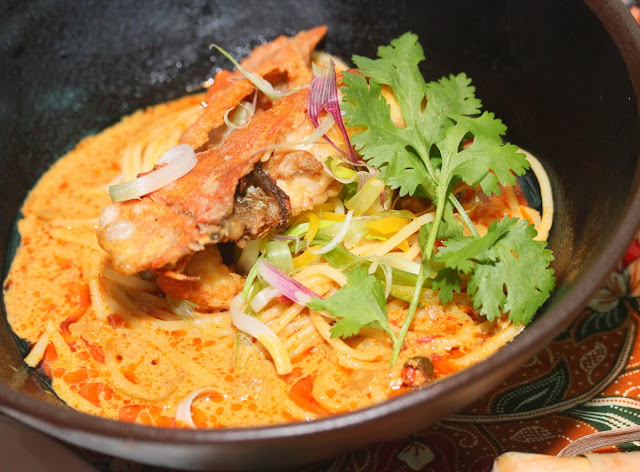 The lobster laksa from the noodle station comes with a choice of noodle, and actually there are numerous other choice of soups as well, but for the lobster, it's the curry mee broth that goes with it.  I thought this dish was rather good, the curry broth was rich and satisfying.  The lobster gives that added touch of class, but really does little for the overall taste of the laksa. 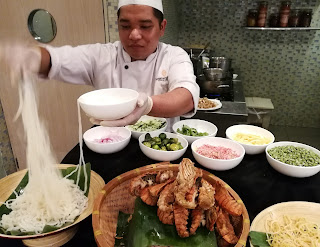 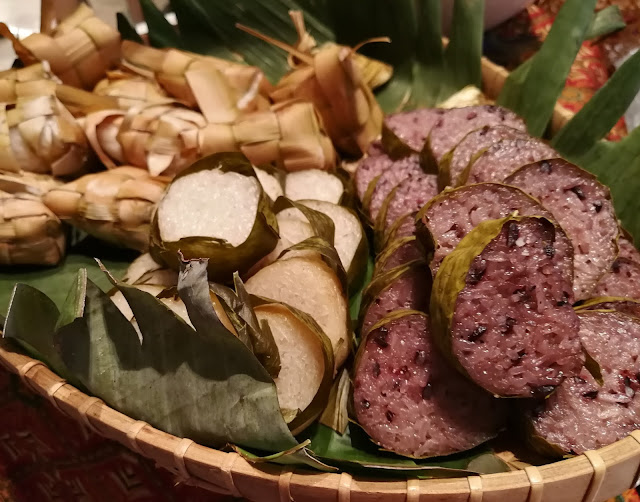 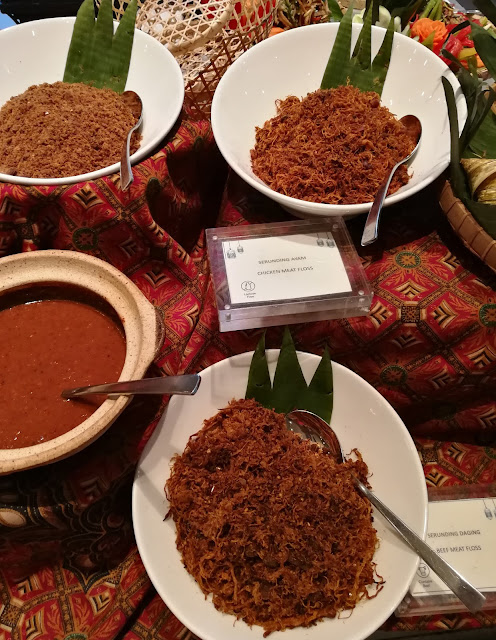 A choice of serundings, as not everyone takes beef. 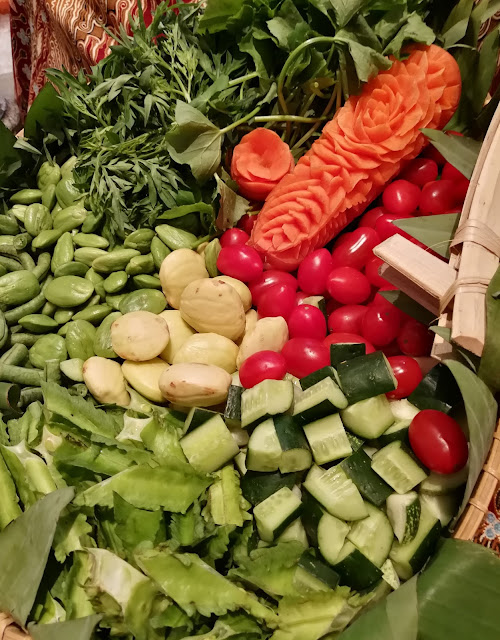 My favourite at all Malay food buffets, Ulam Ulaman (raw vegetables, and herbs), especially with petai (smelly bean), ulam raja (a pungent herb that tastes almost medicinal), paired with a choice of "dressing", from sambal belacan (chilli paste with prawn paste) to cincalok (fermented shrimp) to budu. (the Kelantanese equivalent of fish sauce). 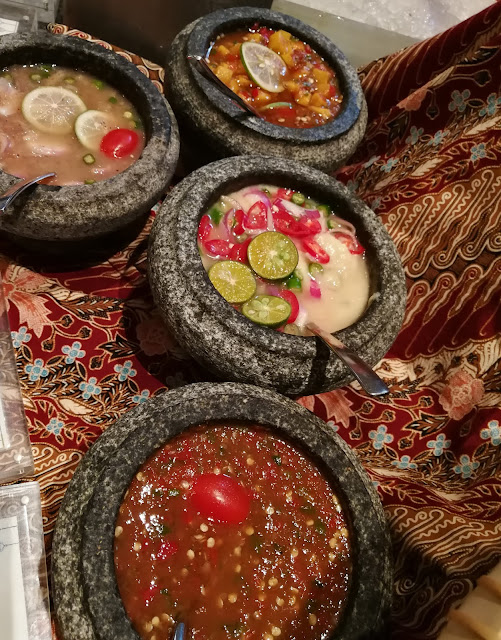 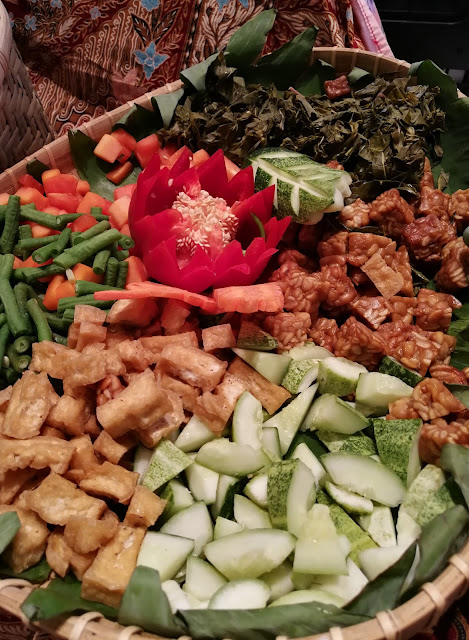 The Malay "salads", like gado gado style.  Lots of Tempe for those that love it. 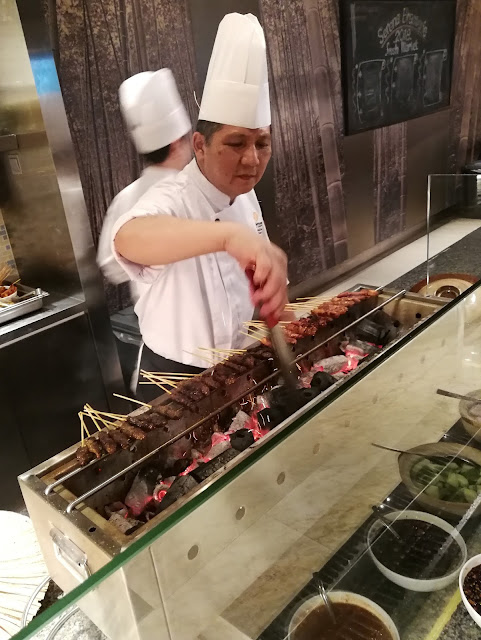 Satay Station, the quintessential must have dish at every buffet. 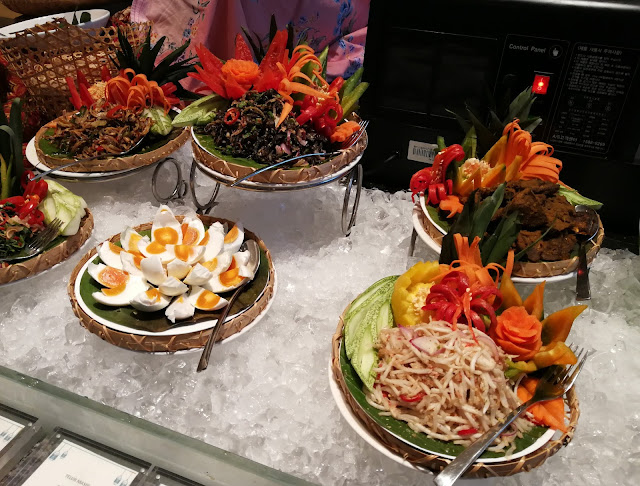 Kerabu, and some "lung" which I simply love.  (Paru) 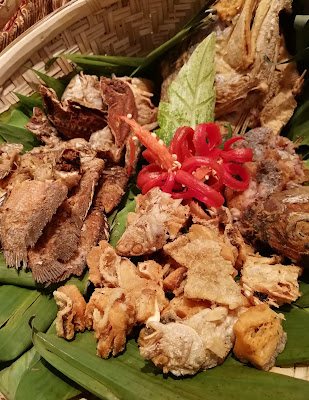 A selection of salted fish. Ordinarily, some salted fish, salted egg, curry and rice would be a glorious meal, but heck, at a buffet with Lobster Laksa, I guess I would be a fool to fill myself on that. 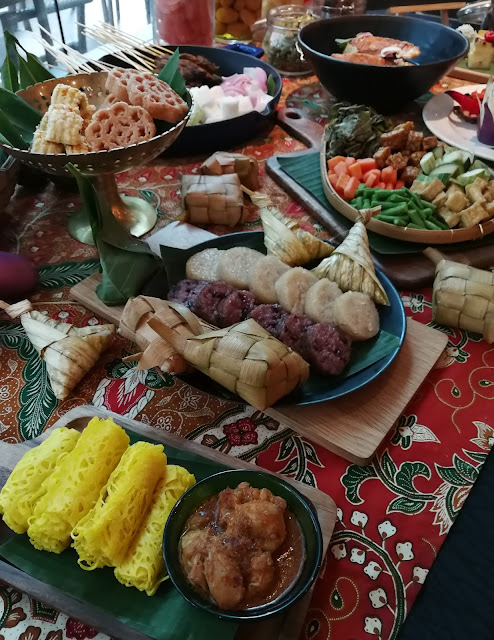 The table highlighting all the goodies....Too much choice, I didn't get to eat the roti jala which I usually lurve. 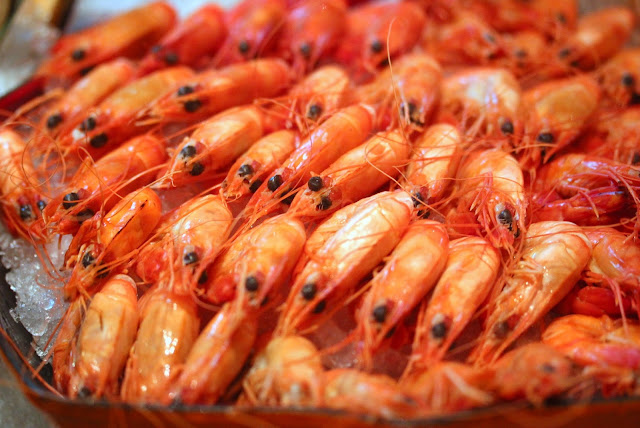 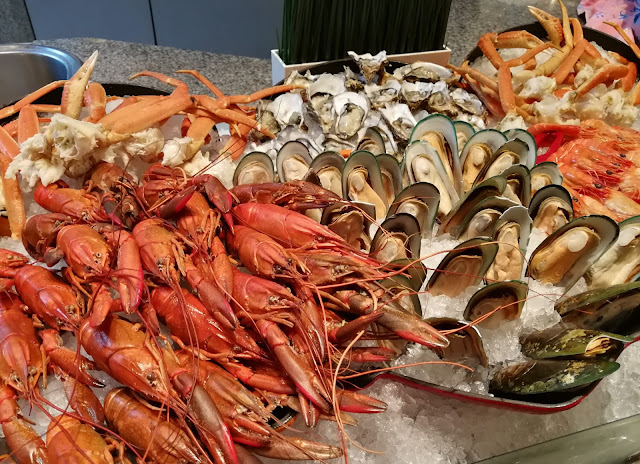 The dessert selection is pretty impressive too. 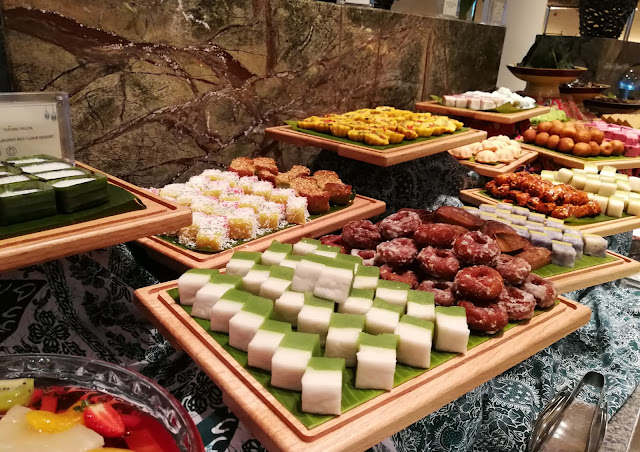 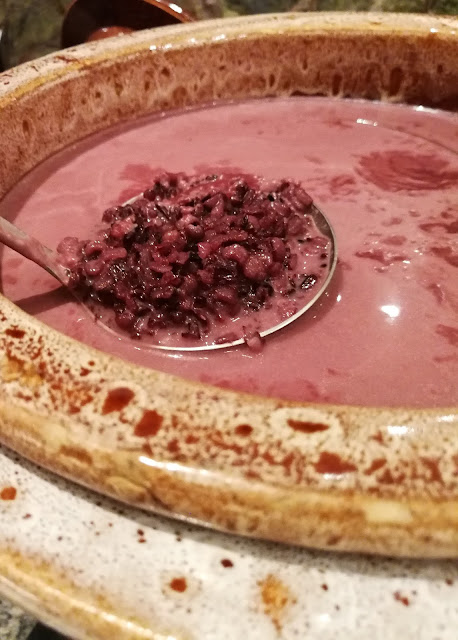 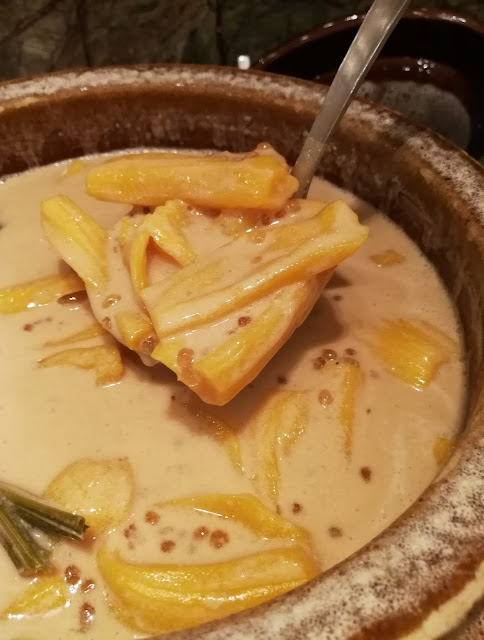 This however was the star of the night, if you ask me.  The serawa nangka.  Like a pengat, made from specially sourced Honey Jackfruit (nangka madu) from Pahang, stewed for hours until the jackfruit is tender (okay, I would be happier if my jackfruit was a bit more al dente), but overall this dessert is a must have. 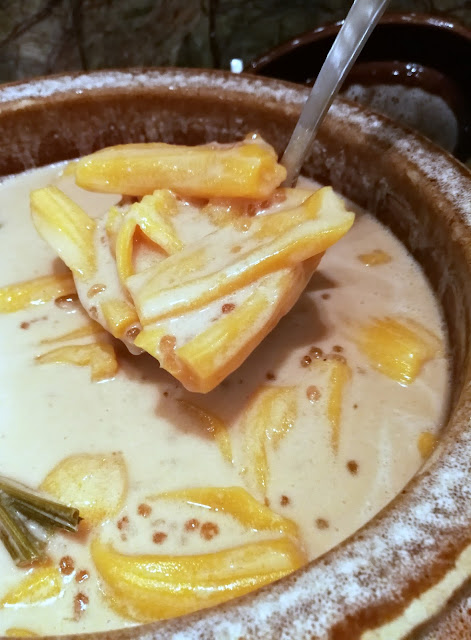 Interestingly enough, the weekend rates are cheaper.
Do enquire with the hotel for discounts, there is an Early Bird Promotion until 7th May 2018 with 25% off, and numerous other credit card discounts.

Thanks for such yammy Ramadan collections...keep it up....