You know it's going to be be a spectacular event, when your invitation comes by courier in  a black velvet lined box, with a gold coin as your entry ticket.  Looks like gold, feels like gold, but alas, wasn't.  Nevertheless, I delighted to be invited to the launch of Kristoffel Beers of Martens Brewery, Belgium, at the Mandarin Oriental Kuala Lumpur, no less. 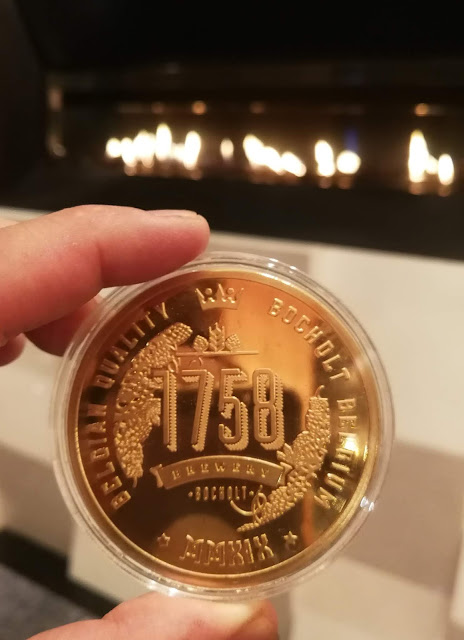 To the uninformed, (even my Belgian friend didn't know),  Martens Brewery has been around for more than 260 years since 1758, and is today helmed by the eighth generation of the Martens family, and records sales of over 4 million hectolitres (which is a heco alot I'm sure) beer every year. 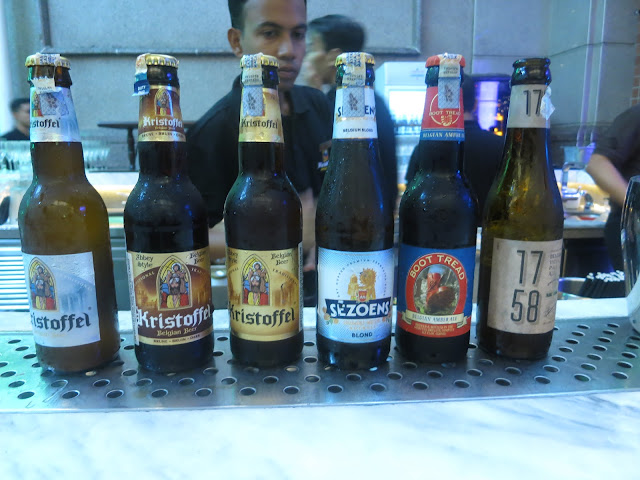 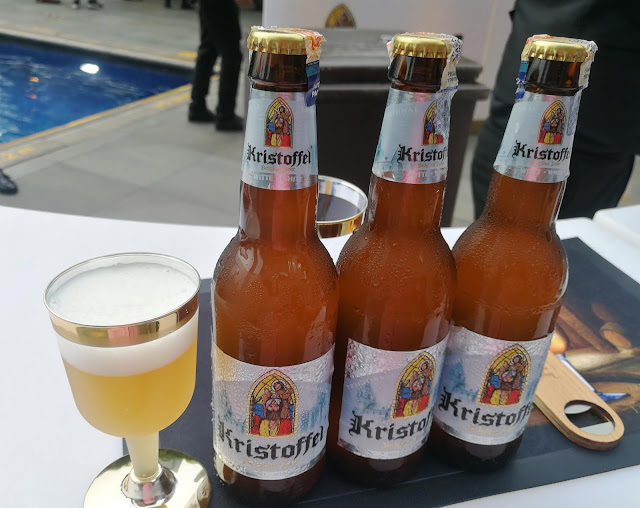 Dotted with individual stalls serving the various beers at Aqua, the poolside bar at MO, we were given a "passport" to guide us through the different types.

I started off with the Kristoffel White, a pale, white yellow unfiltered beer.  Very light and mild, almost sweet.  A bit too light for me. 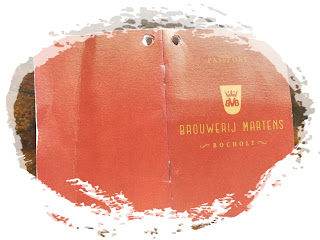 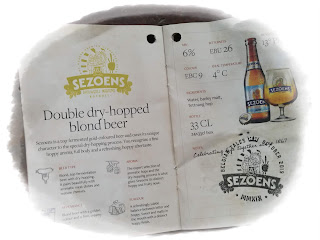 My passport as you can see was suitably well worn and used. 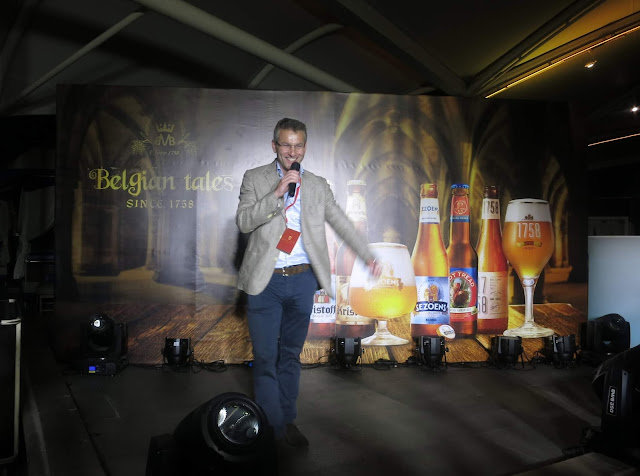 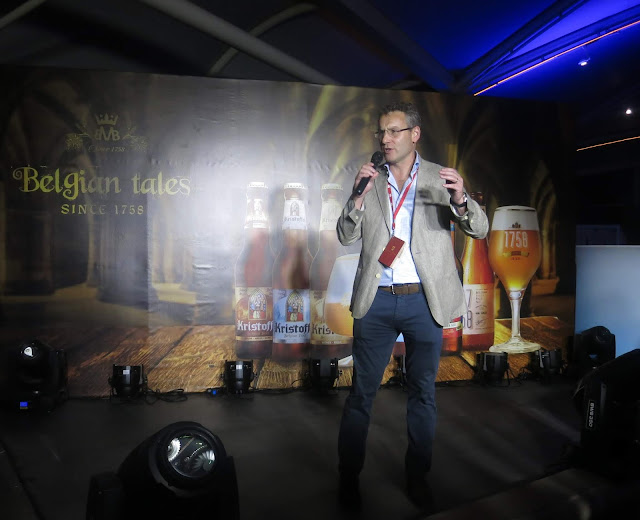 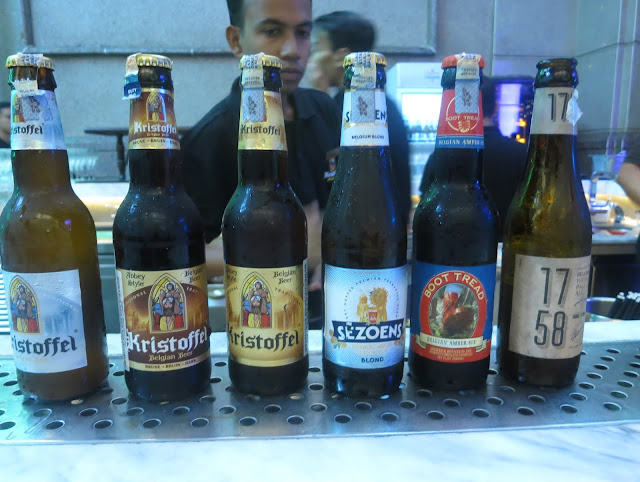 The summary of what was available that night 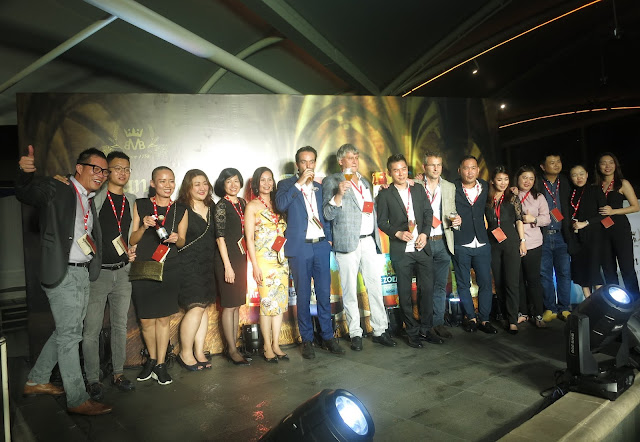 The inescapable group photoo of the various people responsible for the event. 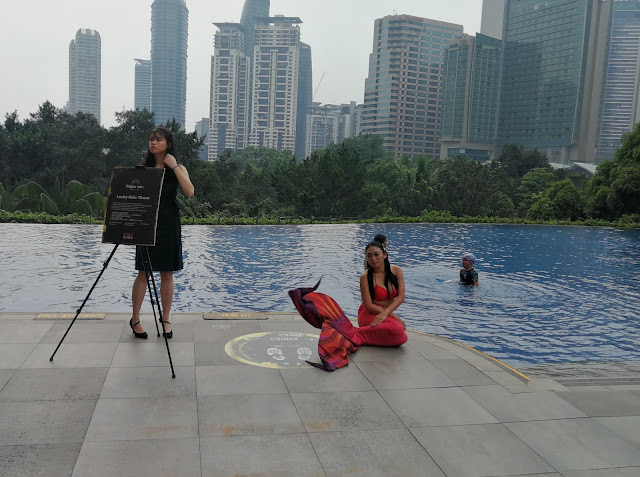 Back to the event itself, well, yes, there were mermaids in the house too.  One was supposed to stand in the circle next to the mermaid and toss your gold goin into the pool and make a wish. 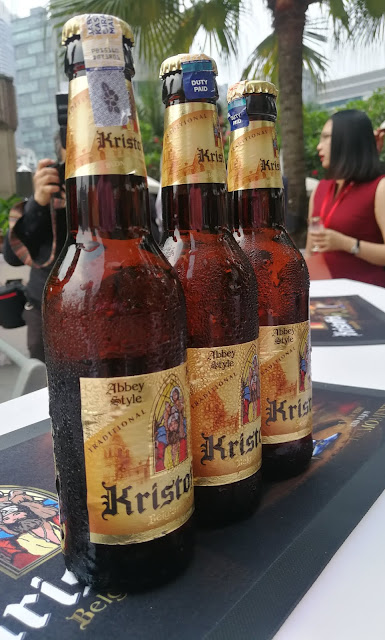 The beers get "darker" as you traverse the path that had been set.  Kristoffel Blond, a top fermented beer (as opposed to Lager which is a bottom fermented beer), full bodied, rich aroma, and I can imagine a group of monks in the monastery having a hearty pint of this rich and flavourful drink.  One of my favourites. 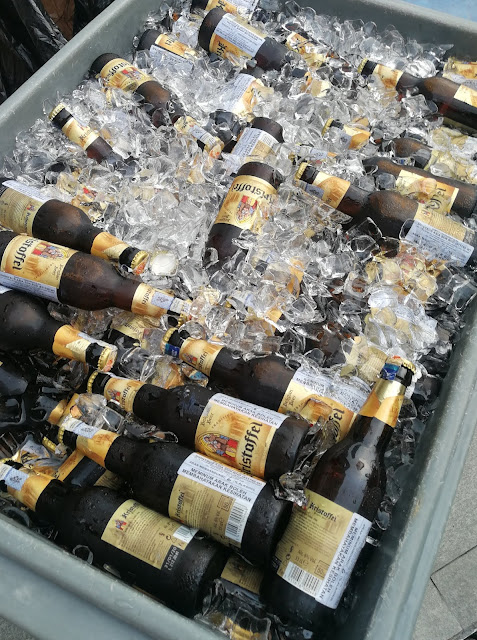 Could there be a lovelier sight than seeing these babies nestled in a container of ice? 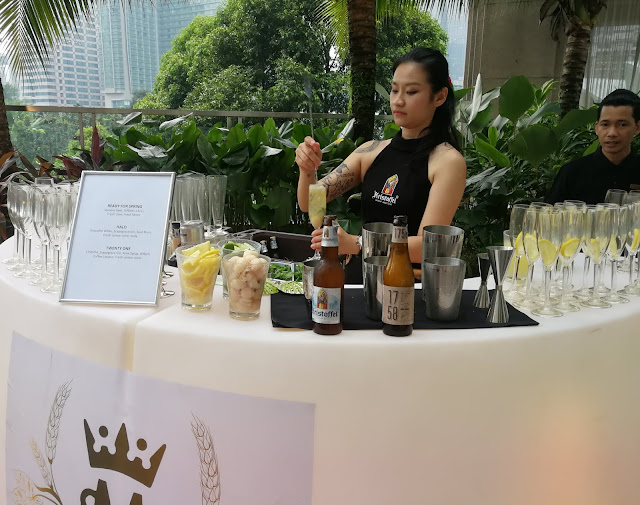 And who said that beers can't be used in cocktails? Award winning mixologist Shirmy Chan of 61 Monarchy was there preparing three unique cocktails, as described in the menu below. 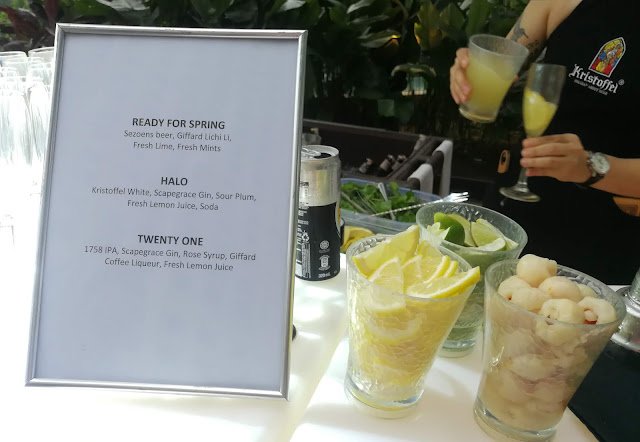 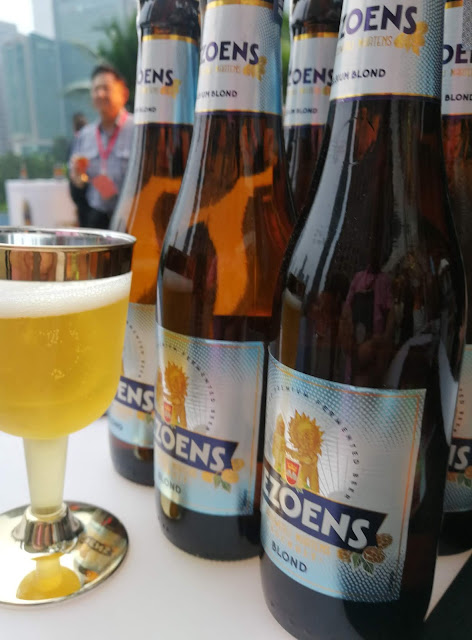 The Sezoens (I assume it's a subsidiary brand), top fermented dry hopped, definitely will make you a hoppy camper.  Again, for me personally, I totally preferred the darker more foreboding looking ones. 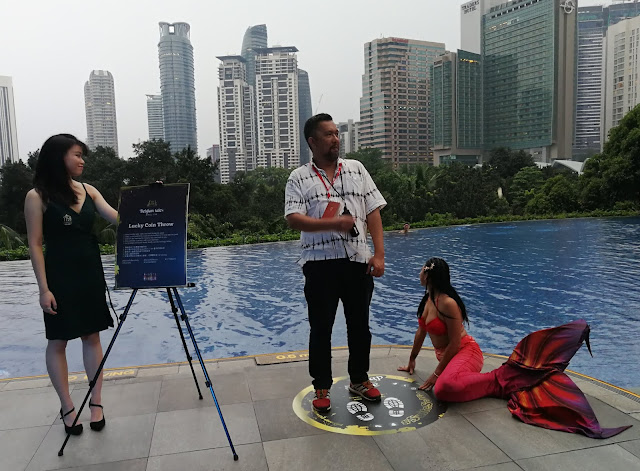 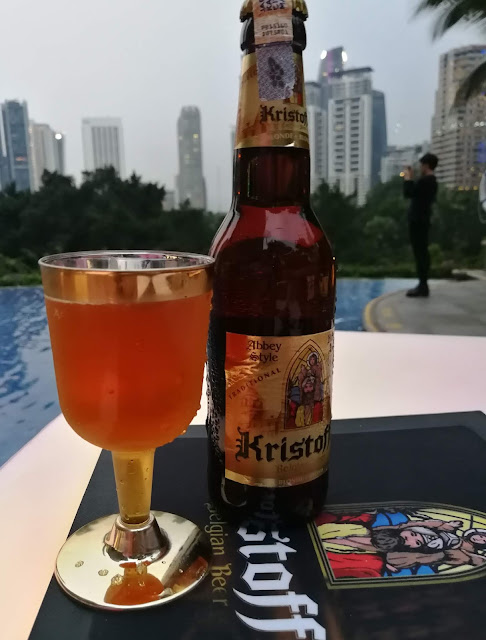 Juxtaposed against the Kuala Lumpur skyline at sunset, such a glorious colour!!! 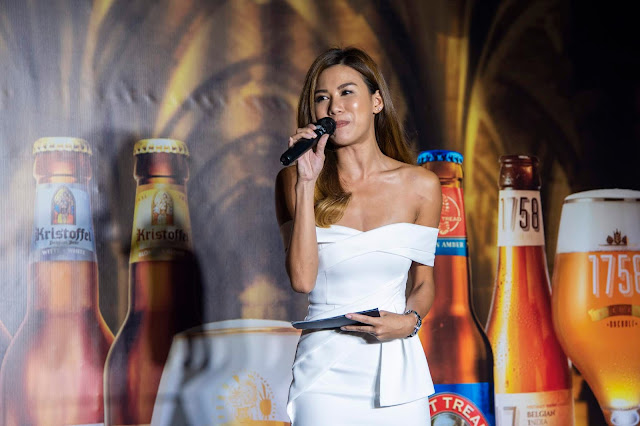 For some reason (must be feeling hoppy by then), I didn't take any pictures of the flagship 1758, the pride and joy of Brewery Martens as it's named after the founding year and is also touted as their best beer.  Top fermented, and re-feremnted in the bottle.  A bitter and fruity flavour, and an impressive ABV of 6.5%.

These craft beers should be retailing by now in local supermarkets and selected bars.
Posted by fatboybakes at 9:07 PM