Although we believe that it is through faith we are saved, and not by works, it's nice to feel that one is contributing some physical effort to ecclesiastical work, all be it in a small way.

Anyway, every year, my church has a Vacation Bible School, that runs for a week. Usually host to about 300 kids, there is always a need for physical nourishment, in addition to spiritual. This year, the wife volunteered to help out in the kitchen, and on the menu for one of the days was PIZZA. For 300 kids....!!!! Many hands make light work, so we were delegated to make for 100 kids, each slice measuring approx 3"x3". We were given the raw material, without any further directions. Fortunately, ahem, the wife's husband here has been making pizza for years. What I didn't expect was how hard it is to roll large quantities of the dough. Anyway, after awhile, I just thought it would be easier not to attempt one huge mega pizza, its not like we're vying for Malaysia Book of Records... so basically stuck to manageable sized ones. Thank God for the Kenwood mixer....looking at that contraption called a dough hook, you'd never believe it CAN actually knead dough. It looks like something fallen off from Hook's hand. As in Captain Hook. (wonder what his name was before he got a hook for a hand). 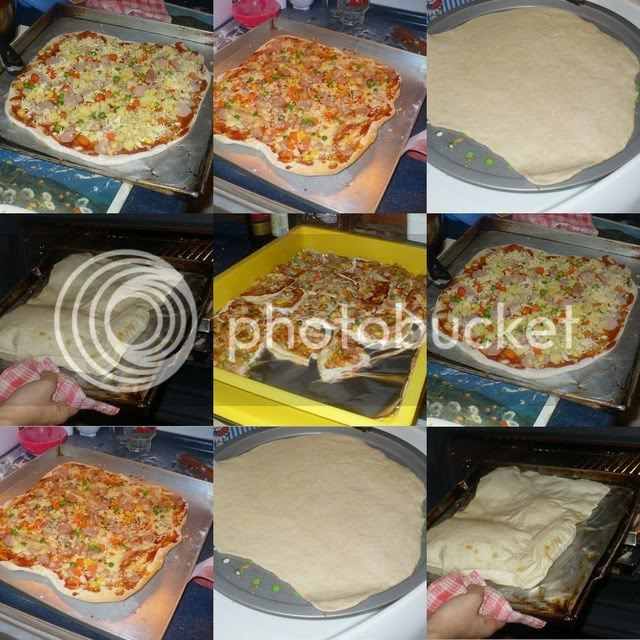 Pizza for 100 kids, in various stages of preparation

Yesterday, it was time to make brownies for 300 (like the army of Sparta), which I had earlier on volunteered to contribute. The quantities were equivalent to 10 numbers of my normal 8"x8" brownies that I usually make to sell. I have to say, I'm quite efficient, ahem ahem. Got it all done in just over an hour. Without the frosting la. Used large baking pans so got it done quite fast. One of the people in the kitchen team had passed us a TUB (about 2 litre size tub) of frosting gone wrong, hoping that I'd be able to utilise it somewhere. I vaguely remember Chef Jean Francois Arnaud saying you should whip your frosting with a hand held processor to make it smooth and glossy. 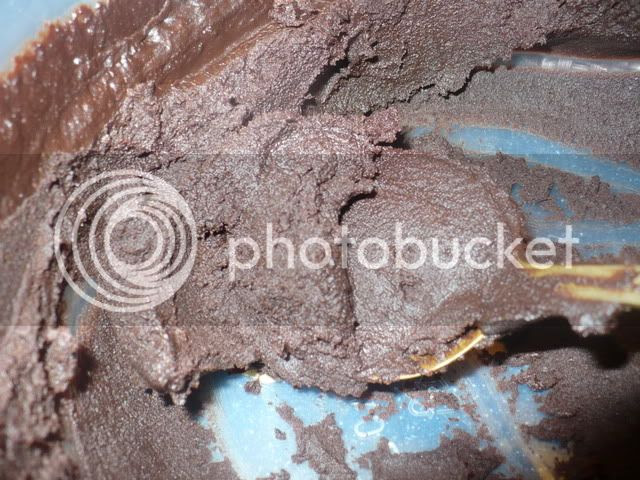 So I tried and lo and behold, it was much better. I then decided not to waste, and use it as the frosting for the kiddos, as the taste was quite nice anyway. 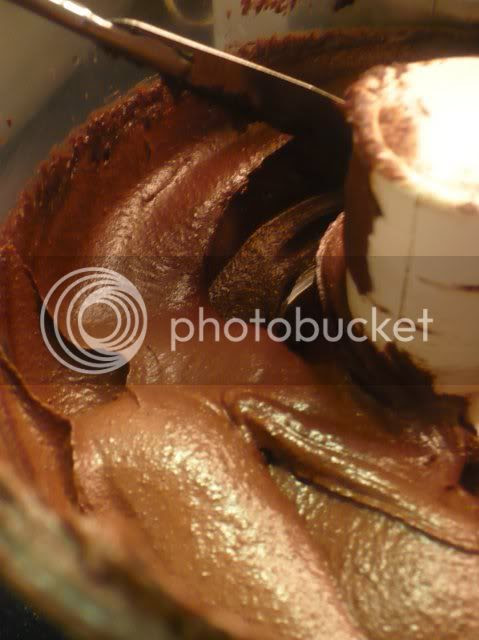 Trying to Salvage The Frosting 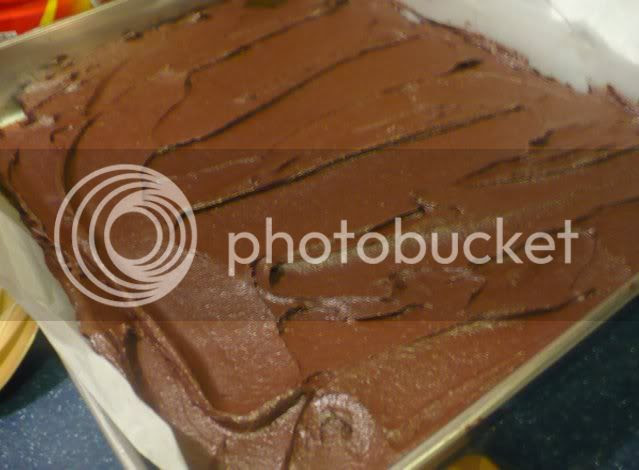 Ah, from the floggers tea party, I forgot to take a picture of the insides of the Caramelized Banana Chocolate Cupcake, so here it is. Still moist, after a couple of days, and very rich. 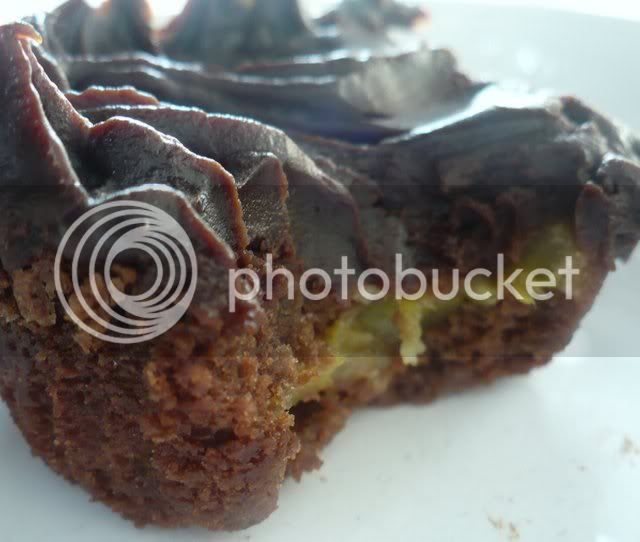 The insides of the Caramelised Banana Chocolate Cake 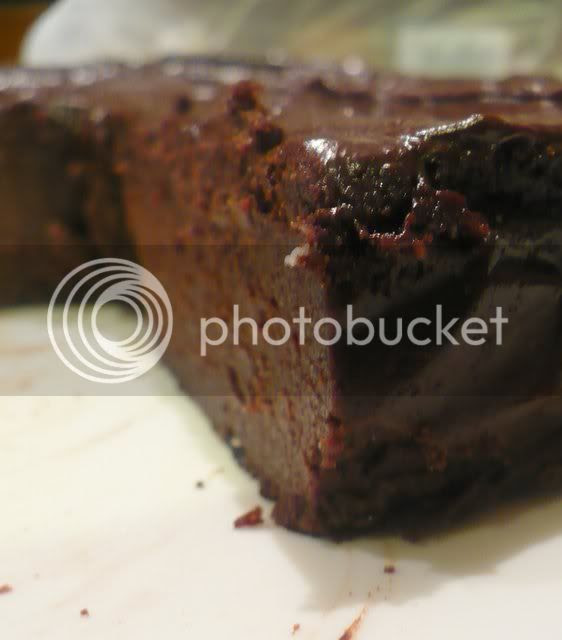 The Brandy Truffle I Forgot To Serve On Sunday

Served this for dinner to the In Laws. Very rich. To be taken in small doses on an empty stomach.
Posted by fatboybakes at 10:36 AM

argh..how could u serve it to your in laws!!! omg it looks so sinfully rich..i would have attempted to take away the whole cake if you took it out..

Is your church located beside a Chinese temple. The one quite near Nigel's place one ah? When I was a kid, my mom had a friend, I called her aunty Margaret.. I used to spend my holidays with vacation bible school that she brings us to. Miss those days. ...esp the last day when we all have the performance!

wow! i wonder if that brandy truffle will win my FILs.. ;p

Kudos for making 300 servings of pizzas! that's an achievement. I bet those kids were happy. ;)

i can't resist this!!! Lovely~

just over an hour! goodness! that was super quick! good job, i think the world needs more people like you help the needy.

jackson, i was helping the wife la... not me myself do. i oni do the dough.

LL, thanks, glad you liked it.

daphne, your inlaws? u look too young to have inlaws.

teckie, actually someone asked me to invite you to the concert at the end of the VBS, but i forgot. yup, first baptist church, next to the siamese temple.