Virtually all the food blogger equivalent of the "Heavenly Kings" or the "Three Tenors" have blogged about this place, tucked away in Sunway Mas. Finally, dragged Unkaleong and his friend for lunch there, only to bump into WMW, who was there for her monthly fix.

Initially I had painstaking written down the very detailed instructions from Masak Masak's blog, but left it in the office. Age is really catching up. So, basing on my naluri, I decided to wing it, and was pretty pleased to find SFS!!! Now, what are the odds of there being an SFS and a FSF all within walking distance of each other? I thought I had momentary dyslexia, and called my MAKAN911, Ms Boolicious to ask her if it was SFS or FSF? Anyway, turns out we were at the wrong coffee shop, so back into the car it was until we did find it. There appear to be an abundance of Ipoh White Coffee places in this area.

Naturally, we zeroed in to what we came for, the charsiu. But I also LURVE hakka mee, so I had that. 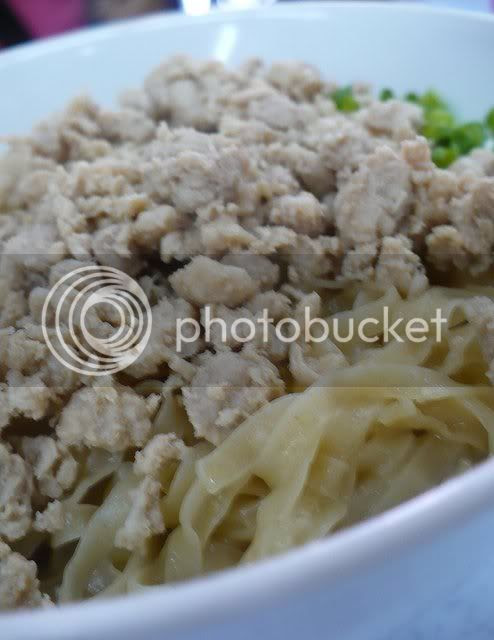 I wasn't disappointed with the hakka mee, although the best I've had to date is homemade by Lionheart. Noodles were nice and crunchy and the chee yoke sui was very tasty. 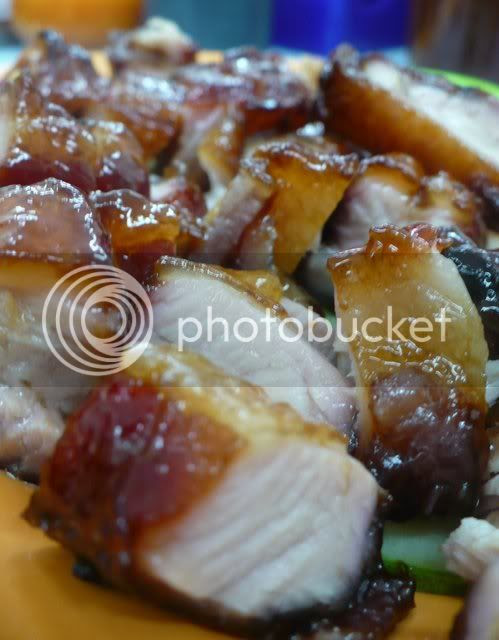 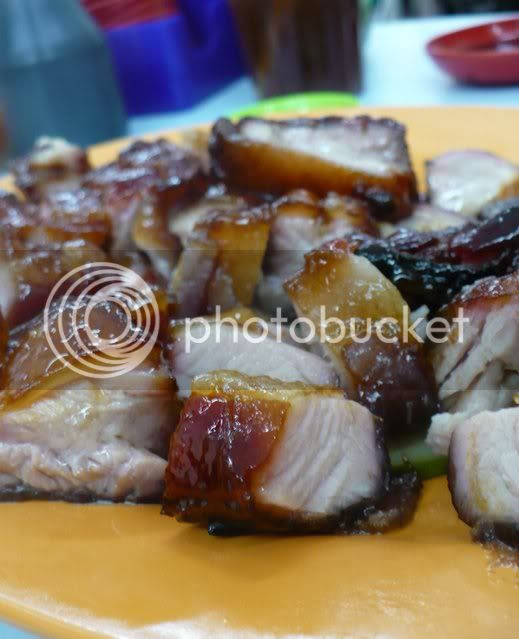 We opted for a mixture of fat and lean charsiu, and omigoodness, its really melt in the mouth, good enough to eat on its own without any sauce. The meat is tender and moist. The caramelised outer layer is crispy and soft all at the same time. Mmmm, I am shuddering in delight just thinking about it. Darn, I give myself a once in 2 months allocation, for this piece of SIN personified in pork. 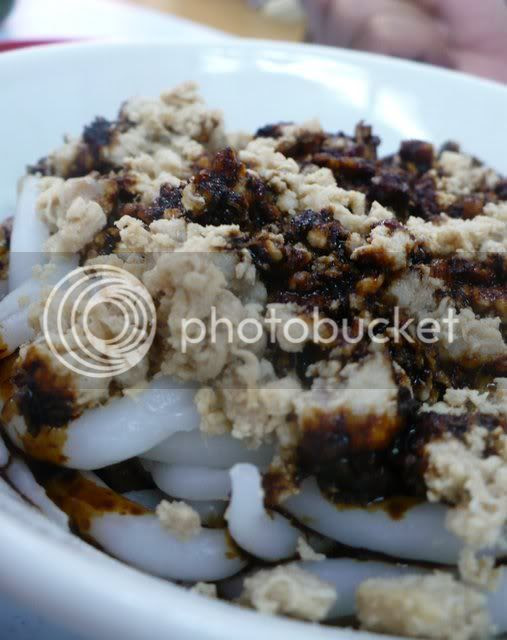 Unkaleong had ??? what is this Unkaleong? Lou Shee Fun? Done what style? I was too engrossed with my own bowl of goodness, I barely paid attention to my surroundings. 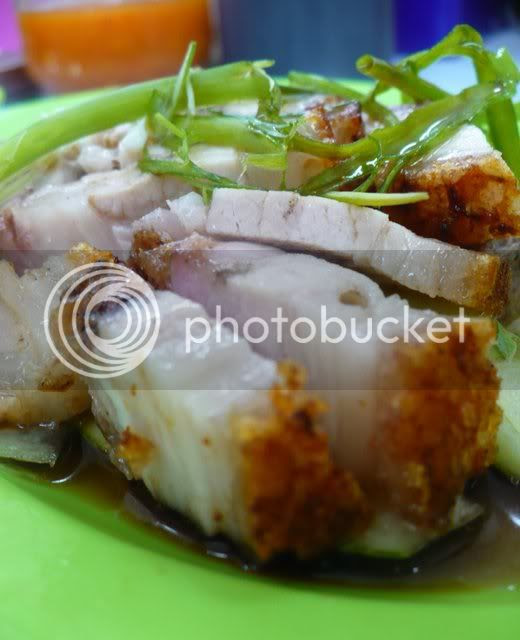 The siu yoke, we ordered more out of curiosity than need, and it was average, obviously eclipsed by the char siu.

The proprietor's card very impressive as he has BBA, MBA and something else A, just short of a doctorate. As we went at 11.45, we got seats easily, but we could see the lunch crowd building up by the time we left. Without hesitation I would recommend this char siu. Heck, I am salivating just thinking about it. Drooollllllllllllllllllllll!!!!
Posted by fatboybakes at 12:32 PM

Melt in your mouth hor? Like Lion's one hor?

Wah, u r so lucky you were there when the siew yoke made its rare appearance. I heard it is pretty good, no?

Tried this place recently with BH..uncle's Bill's right? Ya, the char siu was fantastic!
SC

I'm getting orgasmic just thinking abt the char siew.

OMG ! a wondrous citation from the baker himself ! we have to rush here to this overlooked backdoor !
btw yr lippilicious closeups have improved unrecognisable from early days( ...almost reminiscent of some living legends ). Cheers !

ilovepearly, not fat coz of health or coz dont like? if dont like, then nothing to say la. but if coz of health.....welllllllllll, you only live once.

teambsg, long time no see. hahha, lippilicious... got new camera ma, but cheap digital one la, nothing as canggih as lemongrass or nipples

sunshine, both the hakka mee and char siu cant measure up to lionhearts, coz his is made out of lurve ma, and money cant buy.

Before I read this blog next time, I'll definitely make sure that I've eaten something, because I'm super hungry now.

Wahh... Someone bring me there please!

bernsy...i tell you, its straight from the lip to the hip, that place.

jason, ask wmw la, she a regular fixture there.

imbi, blog site again please...wanted to link you yesterday, but no idea how.

nipples, i was gonna say its not THAT cheap, about RM12 per head, but i guess relative to your fancy smancy meals, yalar, its cheap.