These are some of the gifts that came my way over the weekend, food related.

Jamie at Home, a book that I've been waiting to go on discount, but exFCI got it for me. How sweet and thoughtful of him. Actually, it's rather risky buying me cookbooks, unless you have an exact inventory of what I have already. Another well meaning friend bought me buxom Domestic Goddess' FEAST which obviously I would have. In case you're wondering, the only Nigella Books I don't have are FOREVER SUMMER, and the other non pictorial one... Principles of Eating or something like that. 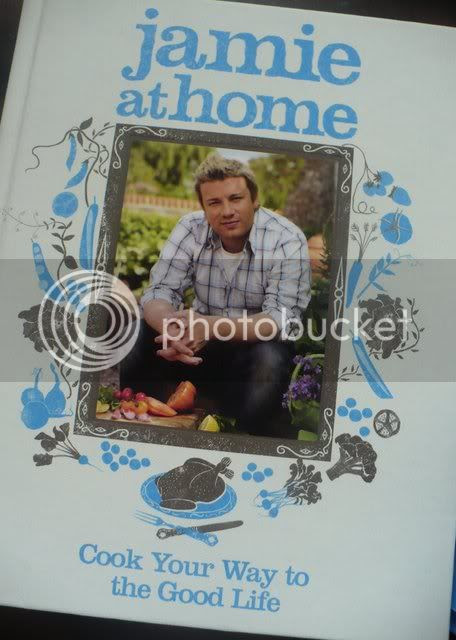 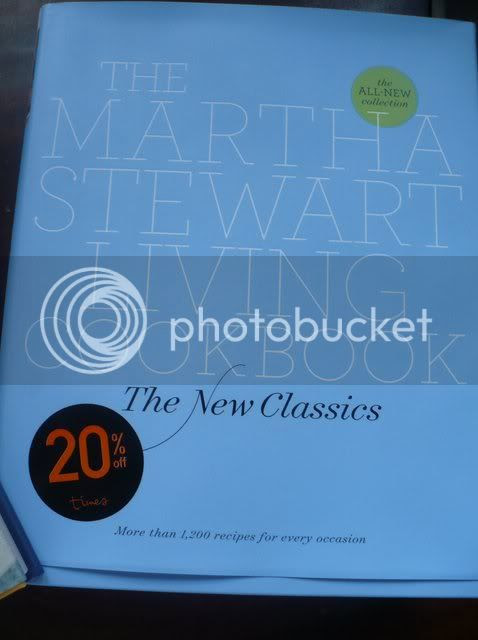 From the wrapping, I knew that this was the Page One 500 series. Thanks Paprika for the great tart book. The stuff looks divine!!! 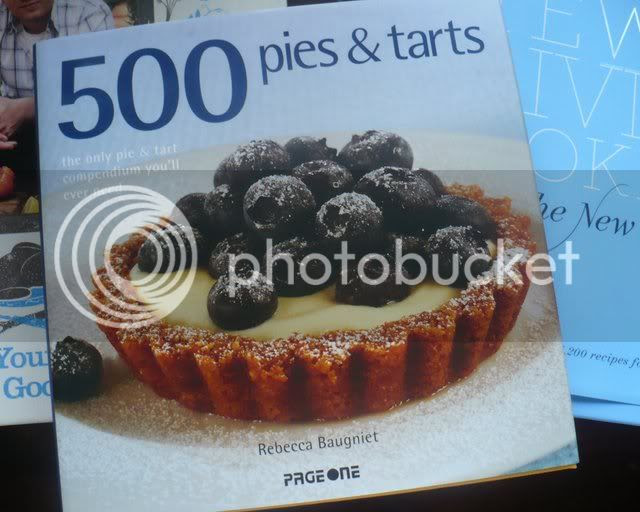 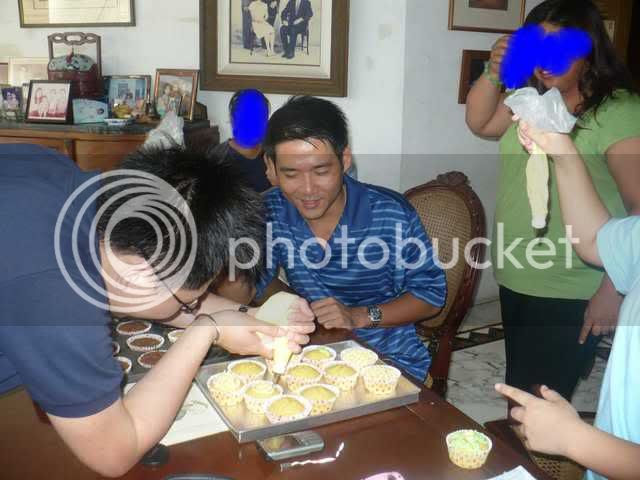 Boys and gals trying their hand at decorating cupcakes. Those are lemon cupcakes with buttercream. 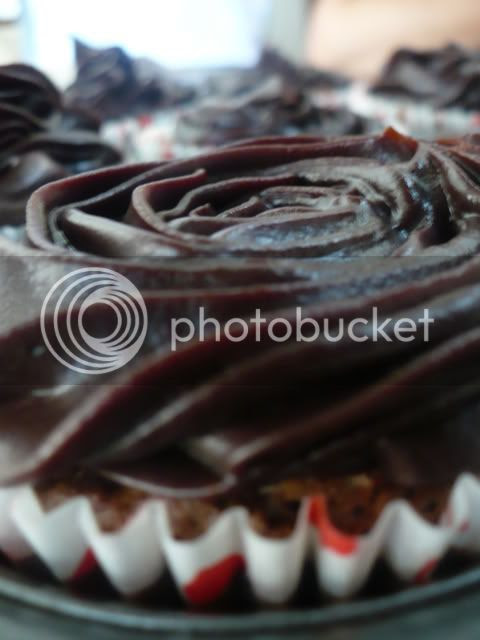 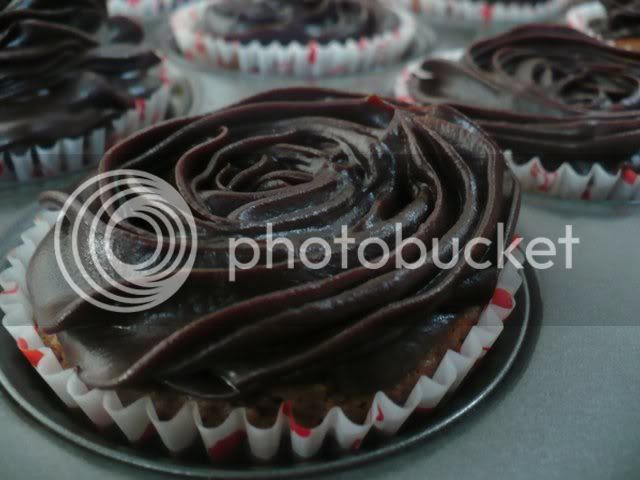 Caramelised Banana Chocolate Cupcakes, recipe from Flavours Magazine, last issue. I thought they were rather good, if I may say so myself. A tad sweet, but that's probably because, according to Paprika, I used the "cheap stuff" and not Valrhona 70%, as Chef Jean Francois Arnaud would have. Sorry la, dont print money, some more these clowns want to use large amounts of chocolate ganache for their experimental decoration. 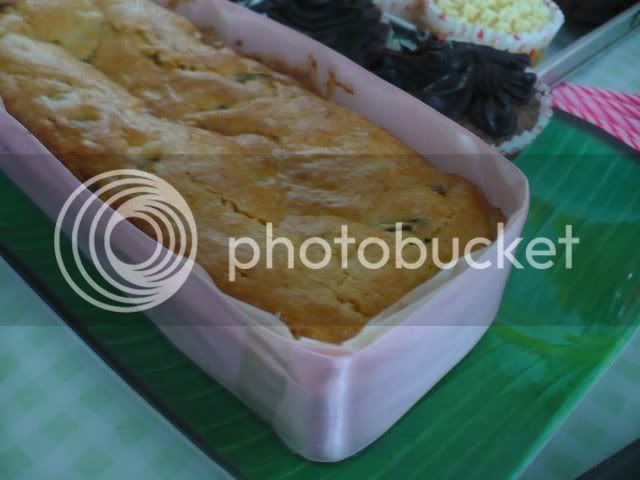 Blondies by Paprika. Yummy walnutty flavour, though she said it was a bit overcooked and not gooey enough. Well, I'm a virgin to blondies, so no basis for comparison. I forgot to keep some, they'd go lovely with coffee. 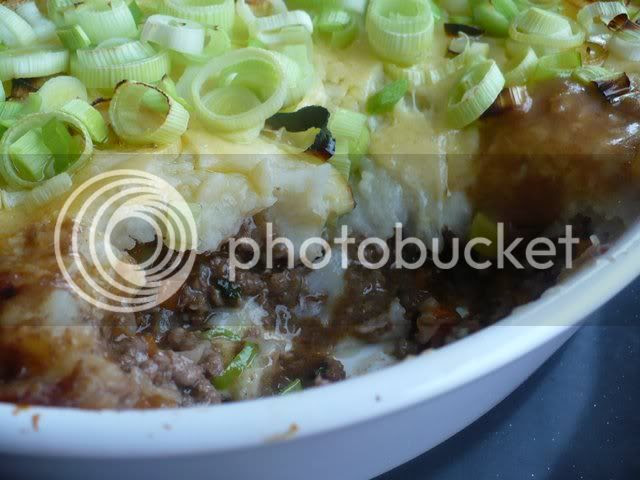 Boolicious rendition of Delia Smith's Lamb Shepherd's Pie, that looks even better than Delia's, and tastes magnificent. An empty plate is testimony to its yumminess.

After feasting on Fishballs, courtesy of Henry Yeo, Scrabblemaster Extraordinaire, Rojak, from Precious Pea, Pinwheel Currypuffs from Unka Leong, Blondies from Paprika, Shepherd's Pie from Boolicious, some nyonya kueh from WMW I think [updated, errata, omission: ...and Nipple's Bacon & Potato Salad], the organiser, Lemongrass, and Bald Eagle proceeded to assemble us for a round of CRANIUM, a rather fun boardgame that incorporates element of pictionary, sculpturing, charades, trivia, ....eg, True of False, Charlie Chaplin won first place in a Charlie Chaplin lookalike contest.....

Anyway, dear unkaleong was given the task of sculpuring BOXING. 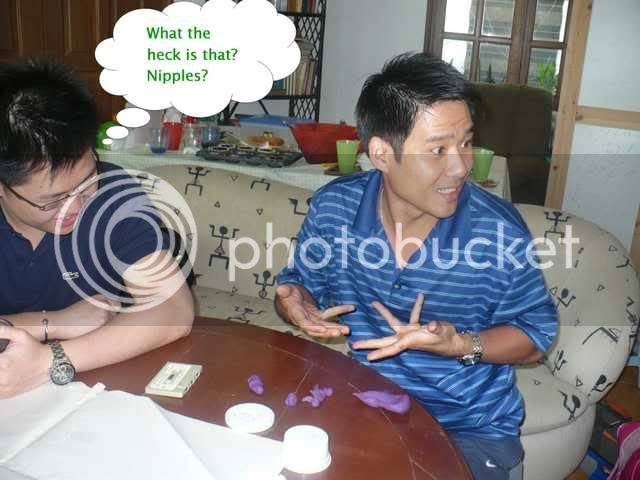 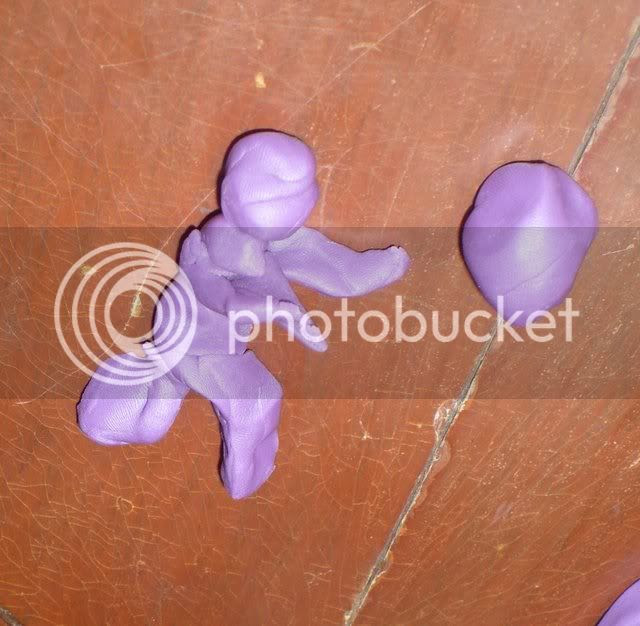 Cassius Clay aka Mohamad Ali would turn in his grave.

For more pictures of other decoraters work, look here.

what a fun way to spend an afternoon. I browsed the Martha Stewart's book at bookstore the other day, but decided not to get it because of lack of photos. ;p

Thanks for hosting the games session! Your choc banana cupcakes were exquisite. Thanks for letting me do the icing...until those vultures (no names mentioned but got nipples wan) grabbed the icing bag and proceeded to make a mockery of the cupcakes. :-P

That your house ah? Very nice pictures wor - your parents ah? Suddenly feel so sentimental for all those 60s/70s/80s photos.. :( I need to put up more photos of my family!!

Flower said...
This comment has been removed by the author.
3:12 PM

Lucky you. So many cookbooks. I guess I need to ronda2 the shops here for some christmas bargain on cookbook.

ps - Harga pisang not as high as before. But then my kiddies sudah jemu pisang. Now its mango season. Just bought some Aussie mangoes, 3 biji for AU$5.

Thanks for hosting....any future "classes"??? :o) Guess you might still be celebrating your birthday till now! :o)

Ehh... they didn't mention to me that it was your birthday :(

That was a great evening. Luckily i dragged myself out of bed to attend this tea party.

precious pea, yar, lucky you did.

jason, it wasnt meant to be my birthday celeb.

BBO, happy belated birthday to you too.

flower, lucky you, so cheap the mangoes. its like RM15 per aussie mango here.

kat, HOW can you see those pics? argh, i better remove them.

meiyen, you never know when you might need the book, so just get it la.

lemongrass, thanks for organising.

mandy, yar no pics leh, but okaylah, after awhile, one gets used to it.

It was either that or a very ugly glove. Hahaha....Happy b'day again!

Its your bday kah? Happy belated bday.... and many more to come...

oh gosh I AM SO JEALOUS! i loveee jamie over that's why :D~