Time really does fly. When Marian Eu invited me to the Norwegian Seafood Gala Dinner, I quickly checked my blogpost on the similar event, and found out it was more than a year ago. Visions of salmon spawning, caviar swimming around in large bowls, marine life of all sorts lying on the buffet table came to mind.

It was very deja vu, the packed foyer of the Mandarin Oriental Ballroom, with the luminary guests all dressed up to the nines. This year, us "press" people were at least dressed appropriately and didn't stick out like a moose in a salmon school. The ladies looked dapper, and the guys looked spiffy.

Again, seafood as far as the eye can see, almost like the sun that never set on the British empire. The huge King Crab sat together with the giant monkfish in the centrepiece ice sculpture. It was as though half of the Baltic sea had reappeared in Mandarin Oriental. Astounding choice. The Norwegians sure know how to host a feast. 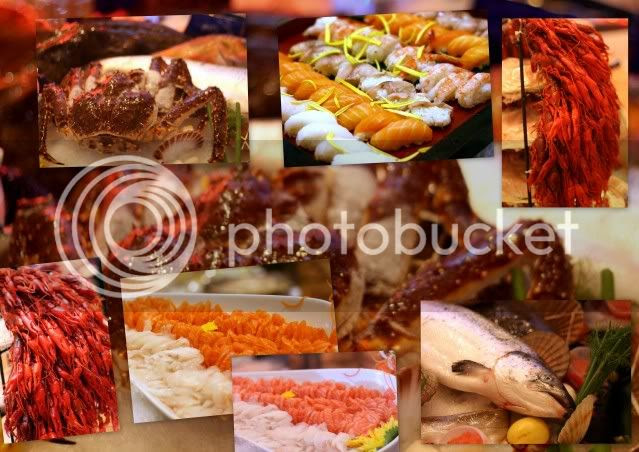 Platters and Platters of Salmon, other white fish, yabbies, mini lobsters, king crabs, cooked in every way conceivable, from sashimi (okay, that's not a cooking method), to tandoori, to satay. Food served in every temperature, cold, hot, lukewarm. Quite a visual and culinary feast this event is, and not to mention the free flowing wine. 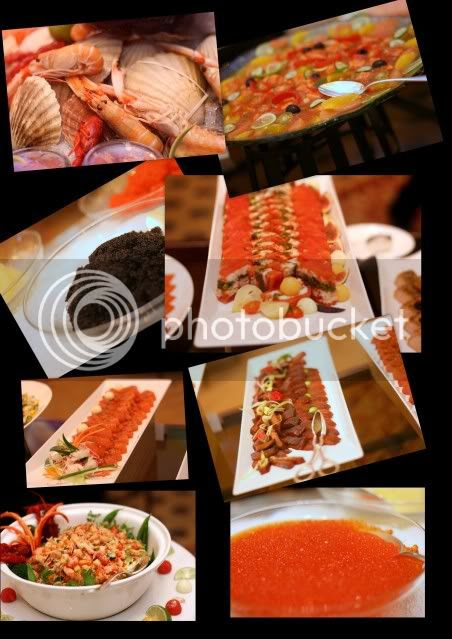 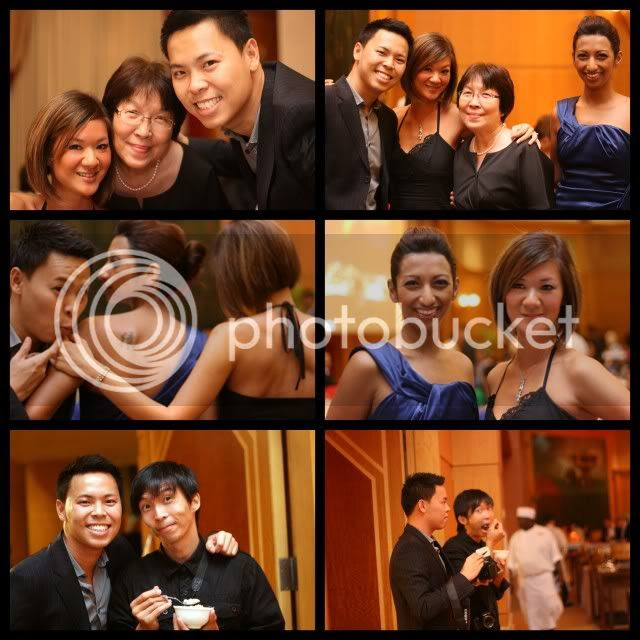 The gorgeous entourage of Marian's! 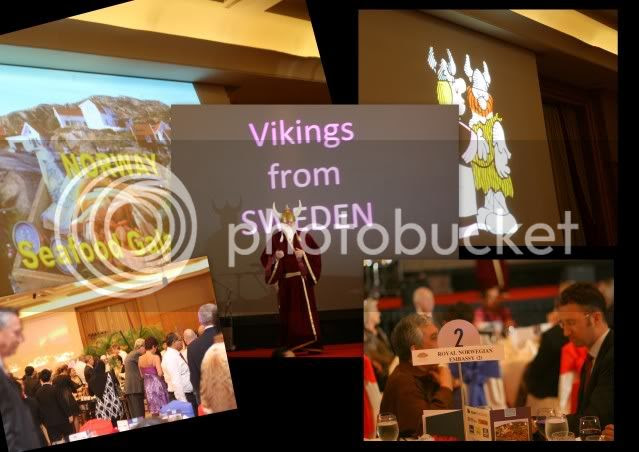 His Excellency, Mr Arild Braastad the Ambassador of Norway, regaling us with tales and history of the Vikings. Complete with illustrations from that lovable comic strip, Hagar the Horrible, he outlined the differences between all the various Vikings from Scandinavia. The Swedish Vikings, with their Ikea Ships and Abba music, the Danish Vikings, the Finnish Vikings and of course, the most noble and brave of them all, the Norwegian Vikings. 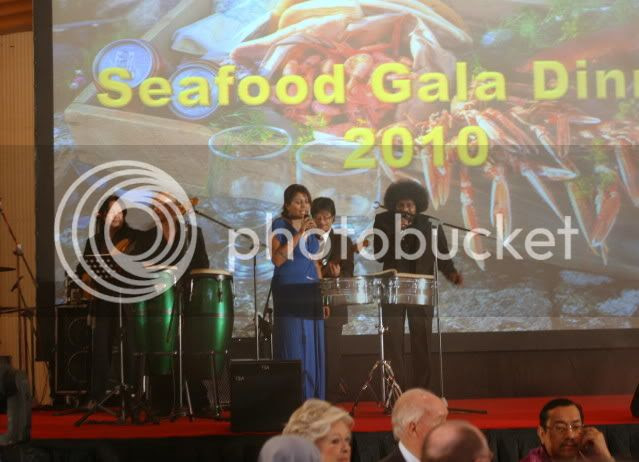 Entertainment for the night was our very own homegrown ALLEY CATS. 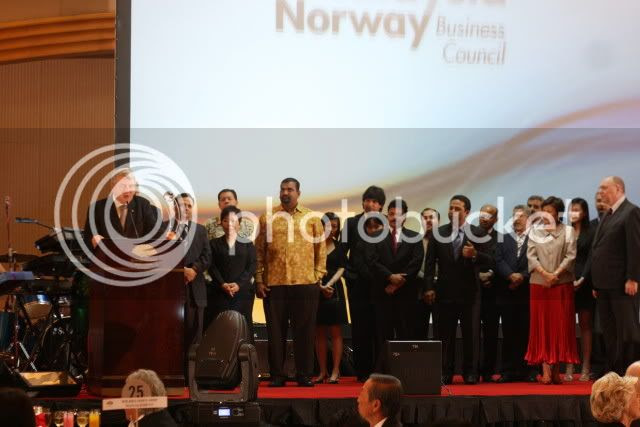 One of the highlights of the night is the "Oscar" presentation, or the Malaysian Norwegian Business Council (MNBC) Innovation Award whereby a company is selected for best outstanding performance. A Norwegian company, that is. So you definitely wont be getting Sime Darby winning anything. The winner for the night was Wilhemsen Maritime Services. 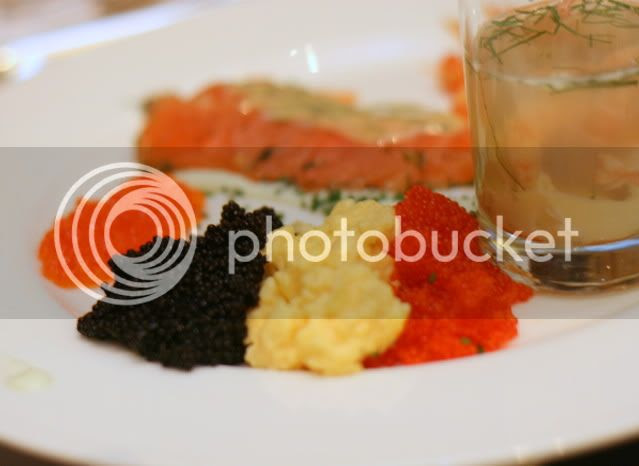 Our plates were piled with all sorts of goodies. Because of the SHEER variety, in order to maximise our exposure, we could only take small morsels of each item, and rarely went back for seconds, as there was simply no space. My personal favourite was the assorted egg roe coupled with the scrambled eggs. Ah, the simple things of life. 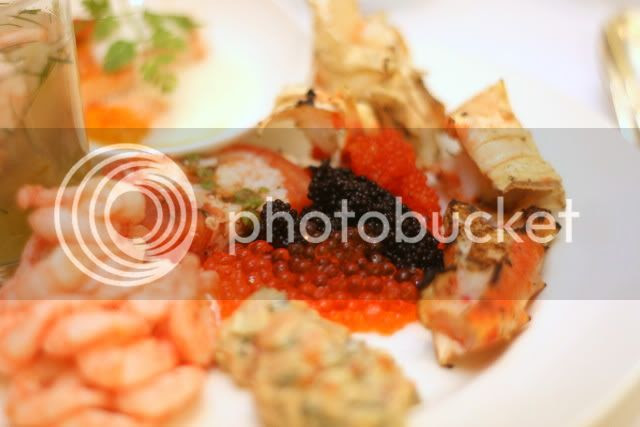 Just look at those gobules of roe. Ah, bursts of flavour that explode in the mouth. 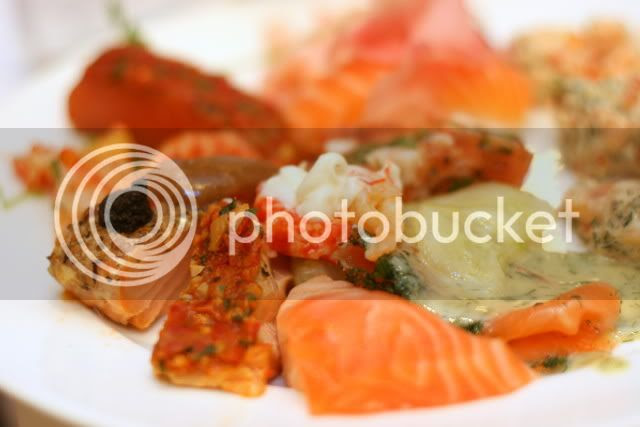 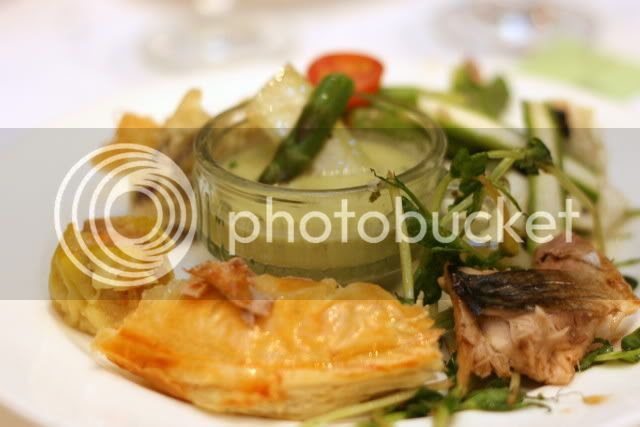 This chocolate torte with a tangy lingonberry jam was simply to die for, though the rest of the desserts were rather ordinary. 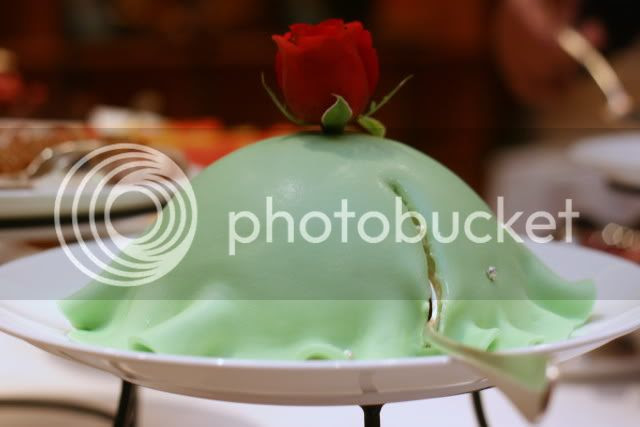 The princess cake.... such a pretty icing. 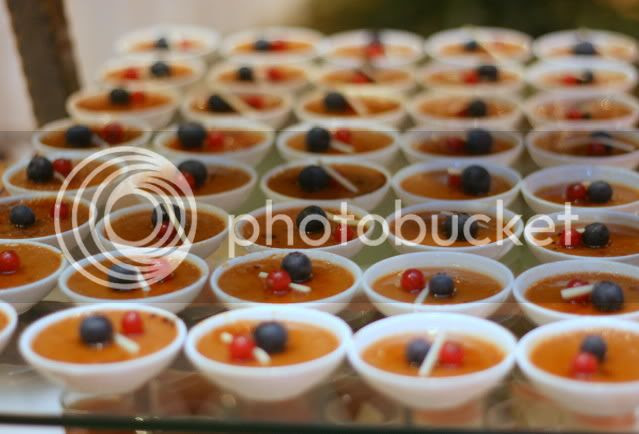 For a comprehensive write up on the entire night, check out Ciki's Blogpost HERE.

My New Year's Resolution is that I must visit Norway soon. I hope I can afjord it pretty soon.

Thanks again to our dear Marian for the invite, and of course, our thanks to His Excellency the Norwegian Ambassador for a fabulous event, which was perfectly executed and thoroughly enjoyable.
Posted by fatboybakes at 11:01 AM

How evil to eat chicken n fish babies even before they have a chance at life. :p
(Its not our faults that they r just too yummy for their own food though, right?)

I've always wondered why those surimi crabstick were called crabstick as none of the mub crabs we are used to eating look remotely like that. Until I had the Alaskan crab claw. Jeez.. it really is literally a stick of crab!!

Your oceanic feast is.. WOW!!!

I reckon something tart like the lingonberry jam would go better as a filling for a rich chocolate cake. Not unlike the tantalising thought of tarty lingerie under a sophisticated but demure evening gown.. ;)

*sweats* that leaves mine being the only post not up yet.

Nice round up ah pa!

wow, look at those gorgeous spread, i almost fainted.

Bad idea to visit before lunch time :S What a spread!

unka, it was. its like the whole of the atlantic showed up on the table.

august diners, yo yo, long time no see. how's silver spoon? must find time to revisit.

I'm a Malaysian living in Norway and I have to tell you that unfortunately everyday Norwegian food is not like this :) You got the special edition. Food is not a very big part of the Norwegian culture - they are generally people who eat to live. They do however have wonderful Christmas dishes like http://en.wikipedia.org/wiki/Pinnekjott and Pork ribs that are pretty good.

You should make a trip though - if you get the chance. Norwegian lifestyle is worlds apart from Malaysian and it's a country blessed by Mother Nature with scenery of the fjords and mountains.

Scandinavian Airlines has direct flights to Stockholm *I think* and KLM flies to Oslo via Amsterdam.

We would like to cordially invite you to submit your article to the eatgod report. All you have to do is to fill in the form at the URL below this paragraph.

The list is still new so be the first few to be on that list! Get your friends and family to rate your post on this article. With this contribution you will be listed our foodie list ranked amongst the other foodies in the Malaysian blogging scene.

Furthermore you FREE links from us. No obligations!

If you are interested, do head on over to the form with the URL below.

If you encounter any difficulties, you can contact us at the email above or you can tweet us @theeatgodreport

P/S - You can submit other food-related content as well. There is no limit!