Now, honestly, I am not a buffet person. Contrary to popular belief, people are under this illusion that fat people love buffets. Au contraire, calories are cheap, and ahem, we (the fat people) prefer quality over quantity. If it takes a lot of good stuff to keep us fat, then so be it.

It always baffles me how the likes of Alison Victor can stay so slim. The way she chugs beer and all. Okay, when it comes to eating, she cheats, she jettisons half her plate to unwitting victims. Anyway, when Theresa, that dear lady who is the Communications Manager ( I think that's her designation) of Traders, not the other one from Calcutta, invited us for a Beef & Reef tasting, well, who can say no to Beef and Reef. That's a new moniker to what is more commonly Surf and Turf, or Fish and Sheeps... you get the drift.

The traffic into town on a Friday evening, let's not even go there, and yeah, as my bladder was about to explode like the Union Carbide factory in Bhopal, I also wished I wasnt going there. However, thanks to my in built GPS brain, I managed to mitigate the traffic somewhat, and even got there ahead of Aly. And Dilly, of Mix FM, (previously from Red FM), ...yup, I was amongst celebrities, and Theresa, and THAT made it allll worthwhile. You may now go "AWWWWW". 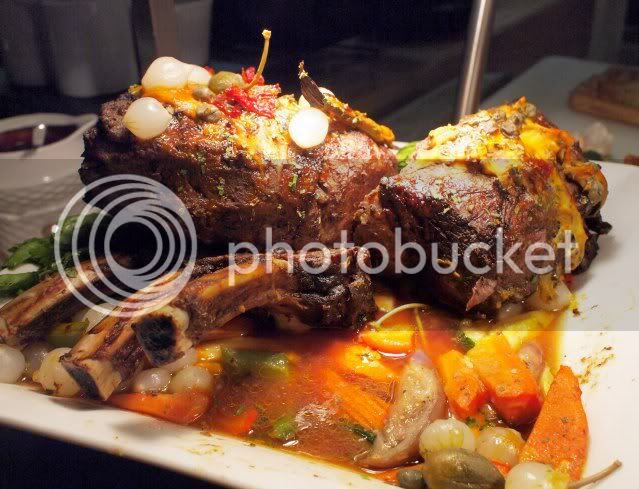 They weren't kidding about the beef. There was a lot of it, in various forms. 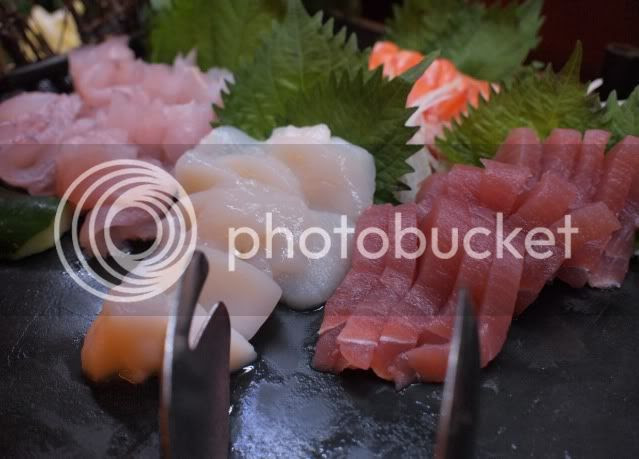 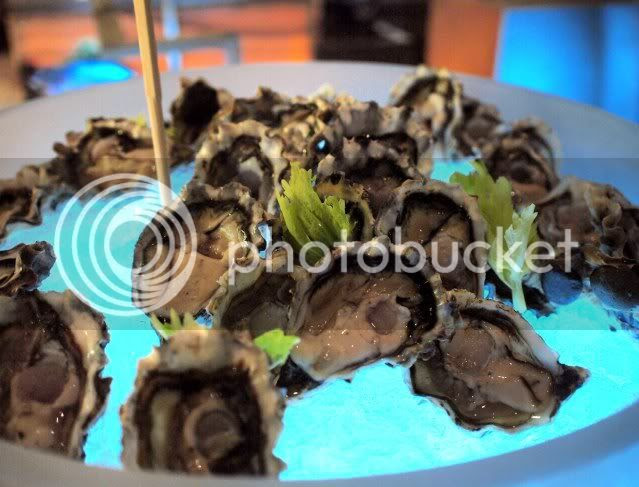 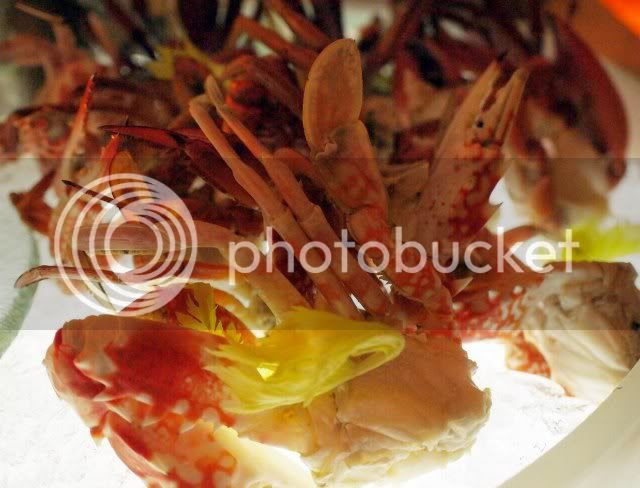 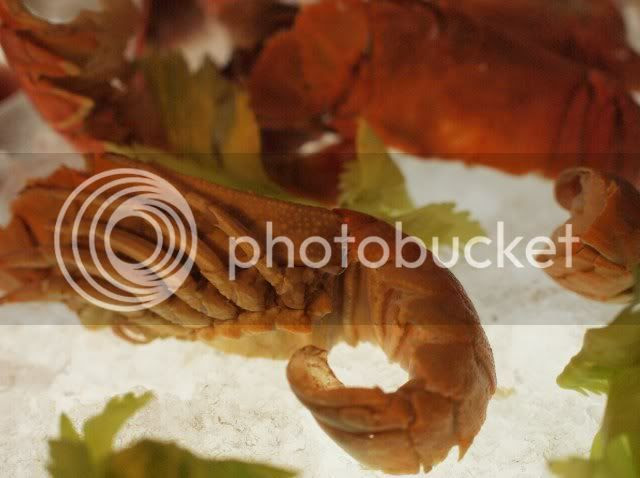 And the reef was not to be outdone by the beef..... 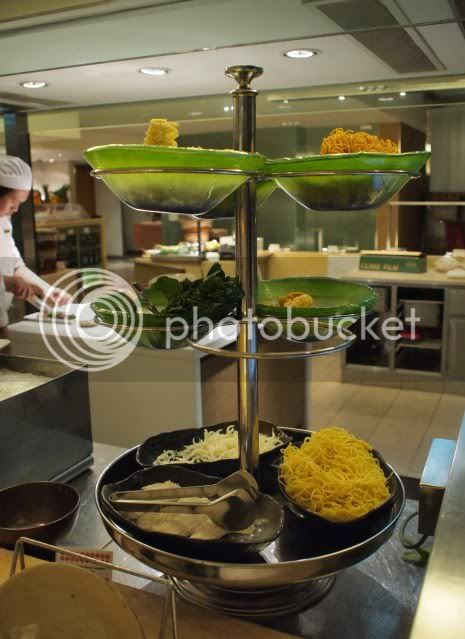 There were other offerings too, apart from beef & reef.... the usual buffet stuff 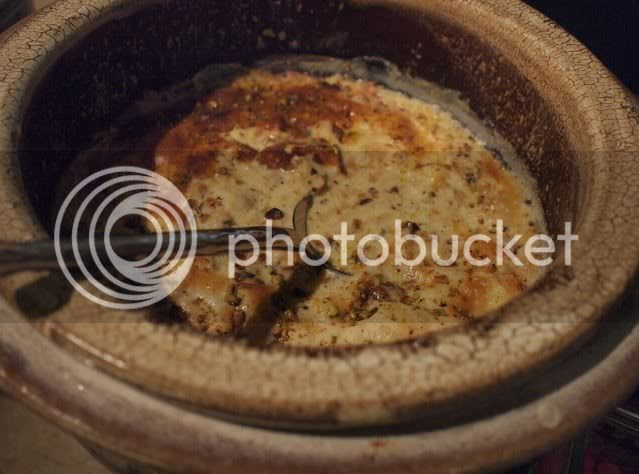 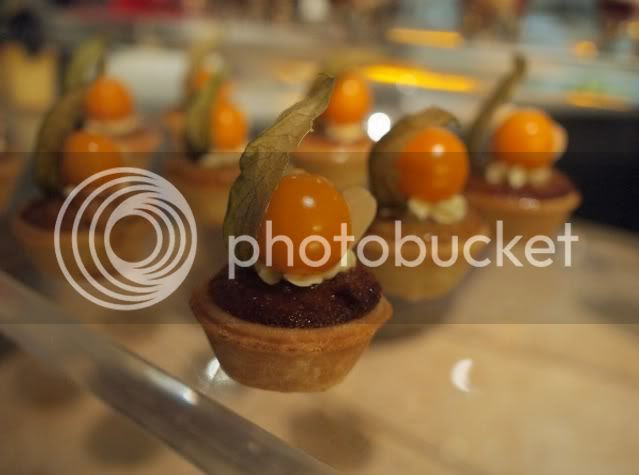 Tarts of all shapes and sizes, and fillings, adorned the dessert counter 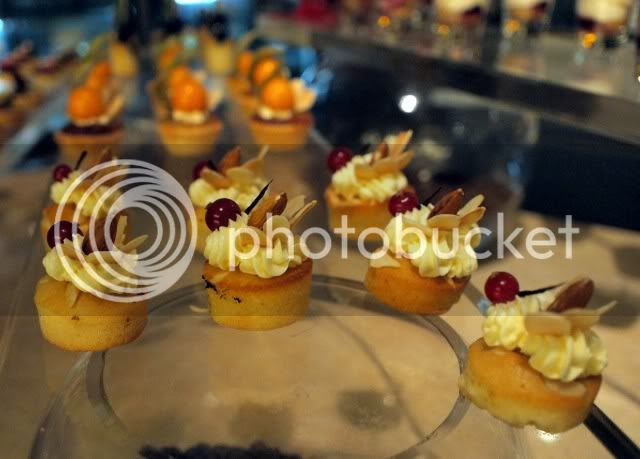 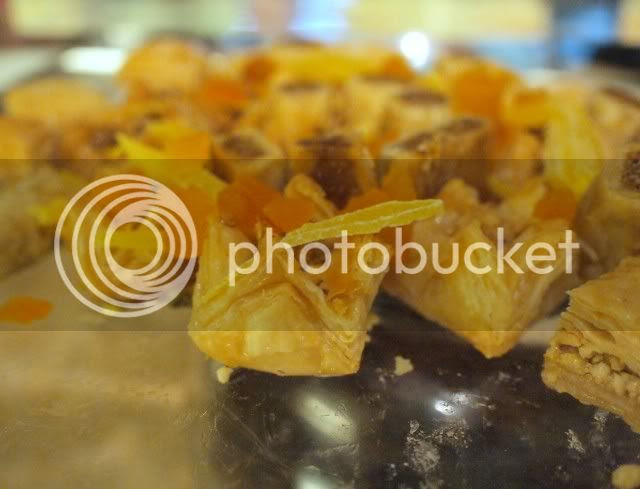 Baklavas! I made sure I had my share, seeing as to how EXPENSIVE they are outside. 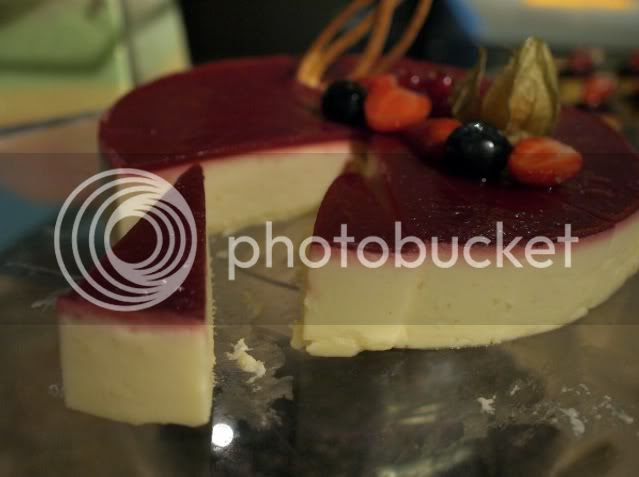 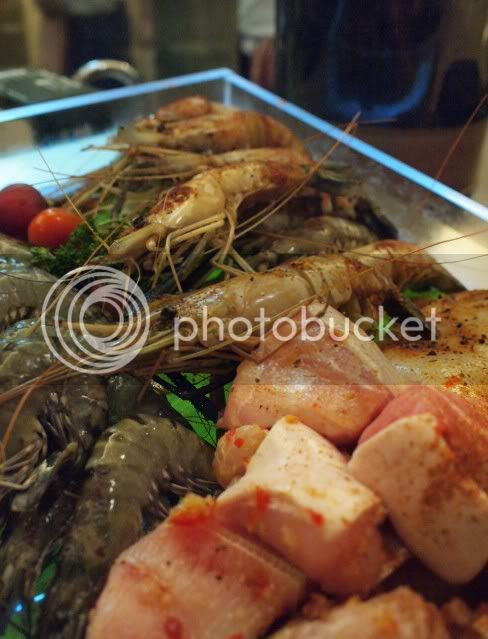 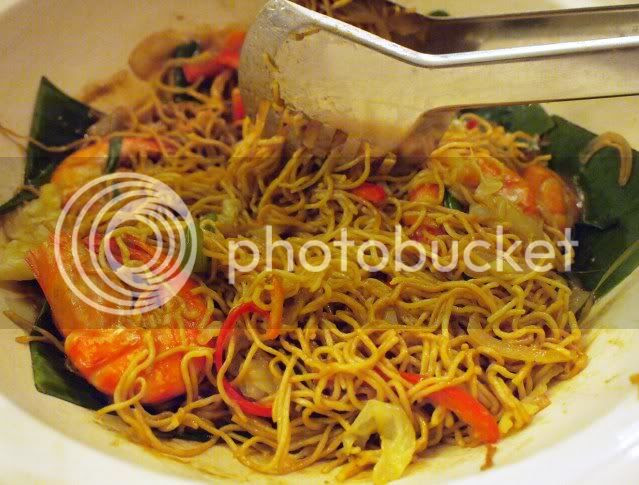 For once, Aly did not rush for the sang har mee.... 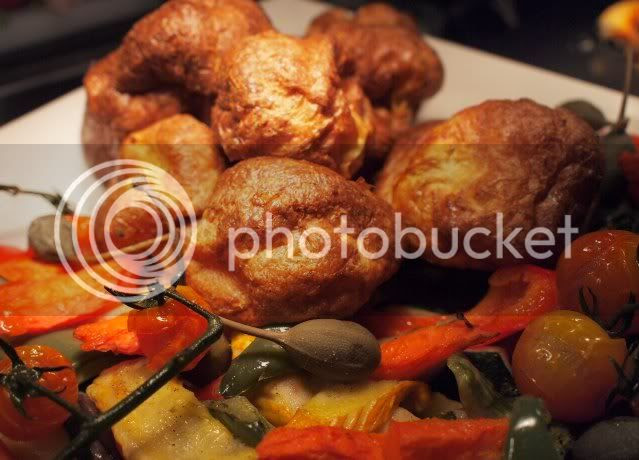 Yorkshire pudds for the roast beef.... 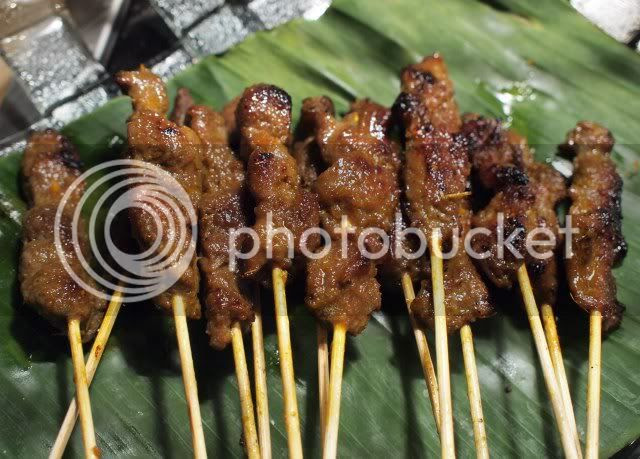 Can you guess what these are??? 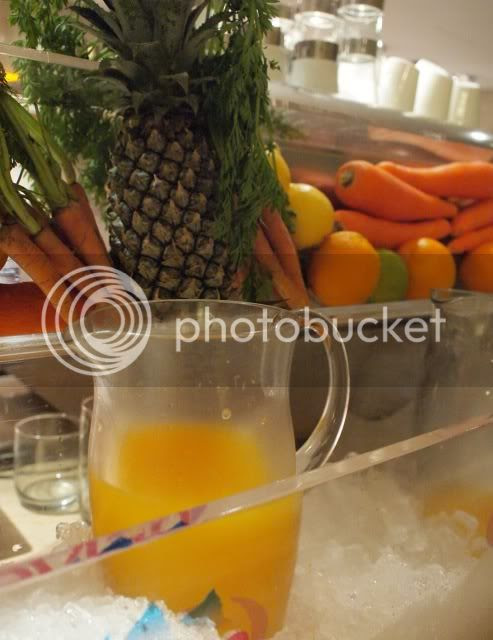 There's even a fresh juice counter.... 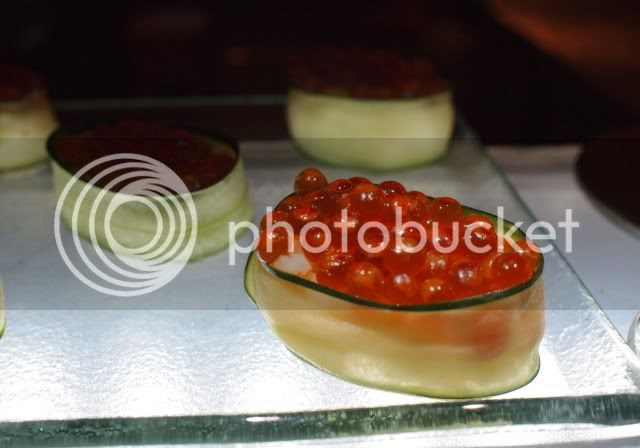 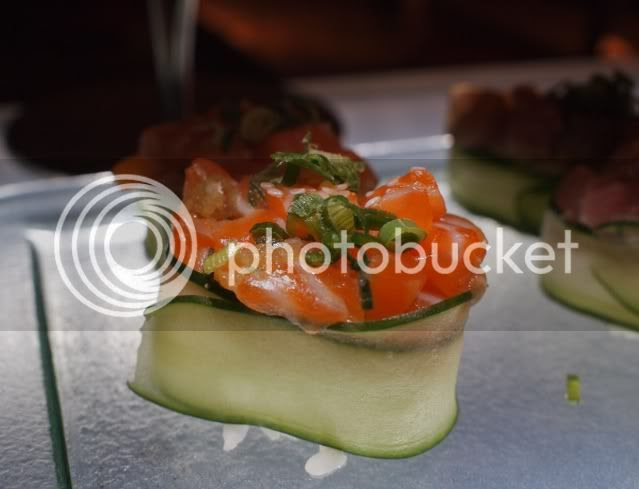 Lovely sushi...almost too pretty to chomp down, and all those little nemo eggs....I hope there isnt some sad fish out there suffering post partum depression from losing all her lil eggs to the sushi counter. 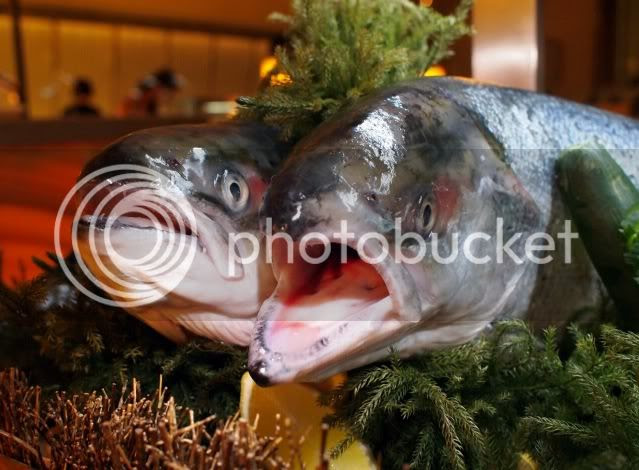 Reminds me of these two characters from Disney's THE LITTLE MERMAID, Flotsam & Jetson 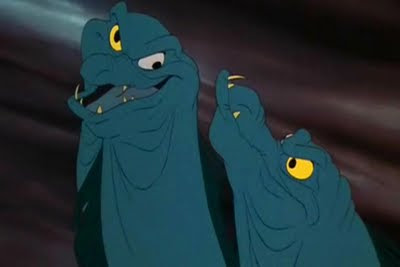 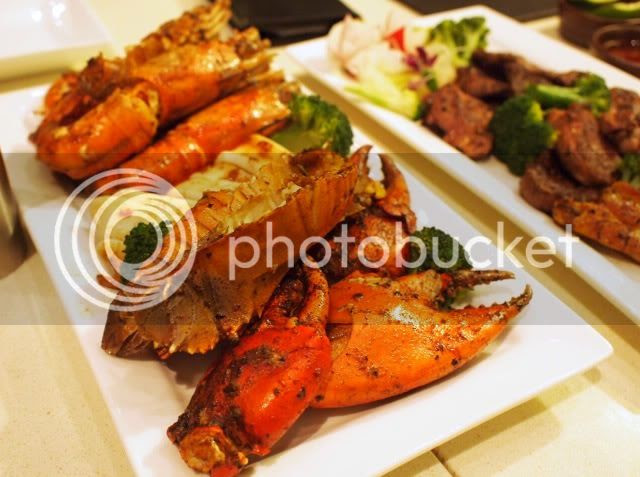 When you're sitting with Theresa, there are perks. With a wave of the hand, and the quick whisper, theoretically we didnt have to walk around the buffet at all...the buffet came to us... 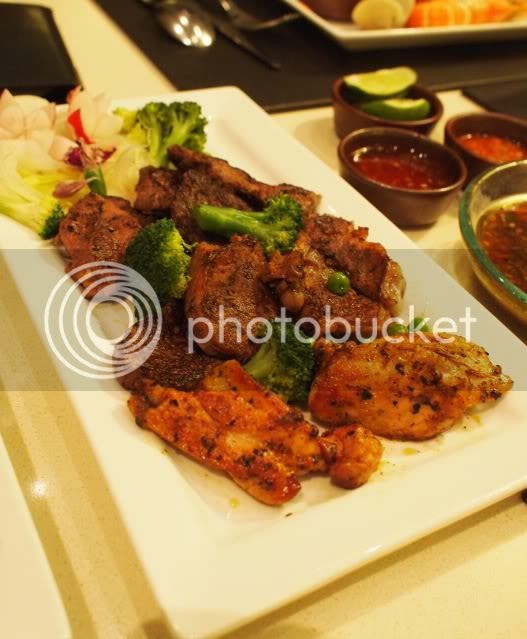 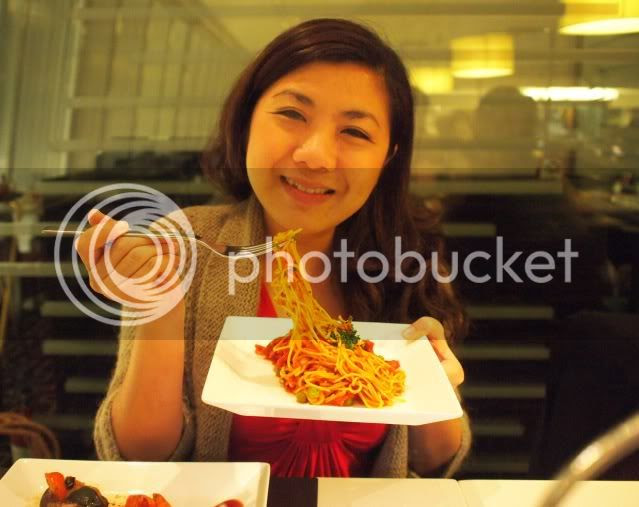 Celebrity on my table....who I dunno for what reason in God's green earth, decided to order PASTA....aiyo, it's as bad as people who go to buffets and fill up on fried rice. 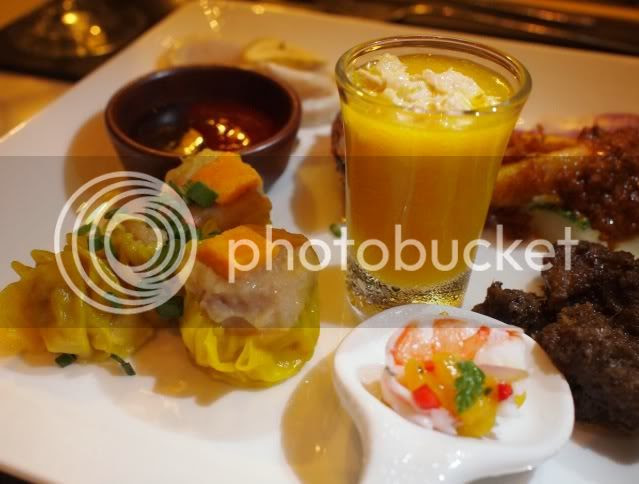 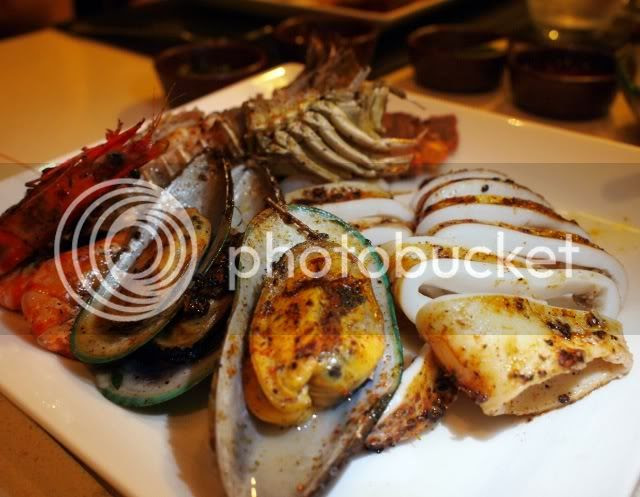 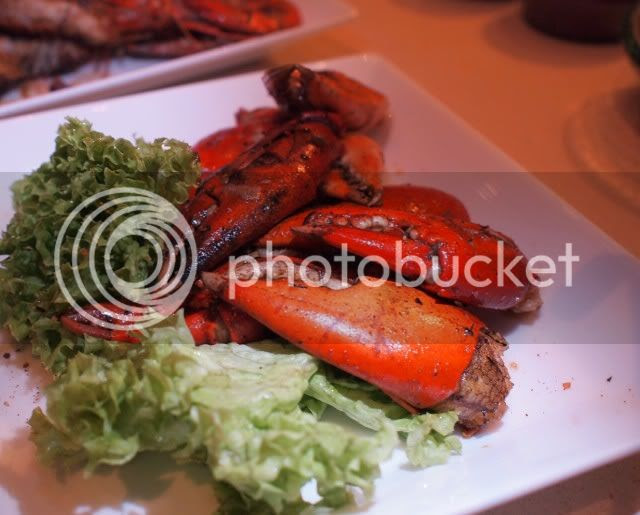 Is it possible for scientist to clone a crab that is all claw? I want. 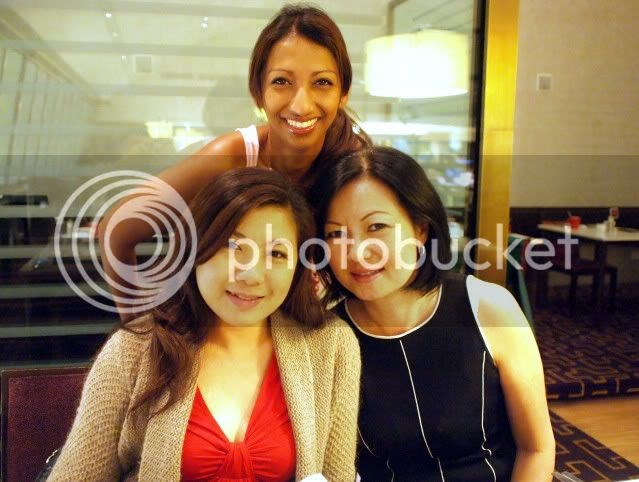 Look, if I had been in this pic, I'd have been Bosley.... the original one.

Anyway, the normal buffet is priced at RM60++for lunch, and RM70++ for dinner..what a STEAL! However, on Fridays and Saturday, with the beef & reef, it is a bit more, I think it's RM98++, but hey, its a STEAL. Heck, I'd go just for the crab claws, and beef...that alone makes it worthwhile already.

ps- there must be close to a hundred items in the buffet, so obviously I could not feature them all. It IS, extensive!
Posted by fatboybakes at 11:49 PM

"Reminds me of these two characters from Disney's THE LITTLE MERMAID, Flotsam & Jetson" ..!! That's like, only a thing a father would know and a father(or mother) would say.. haha but yes! uncanny resemblace no doubt!

The food looks awesome. Lucky you don't have to roll yourself "Downstairs" (since there isn't one) , after eating all that!! LOL

Oh yes, i love yr comparison to the 2 cartoon characters of The Little Mermaid! Looked so the same, hoh?
Those crab claws are humonguous!

Ate at Gobo Upstairs recently and it was pretty good. Gave the buffet a miss since wasnt sure how good it was... but looking at the pics here, the roast beef and claws sure looks good.

Hi fatboybakes,
Kindly be informed that this post has been reprinted on JoinMe.com.my, thanks.
P/S: We have put your name and link credit back to this article.^^

I bet the Calcutta one is turning in the grave now.

I'd zoom right in on the baclava's and reef section right away, value mar ;) Then again at RM70++ it is value lar.

i love reading your blog! you're so witty...ever considered being a stand-up comedian to give Harith Iskander and Douglas Chew a run for their money?