Sometimes I think that these Chefs who work in pork free Chinese restaurants have to think harder, and necessity becomes that mother of invention. Fortunately though, in this day and age, people are so much more accepting of creative cuisine..it wasn't so long ago that the older folk would balk at the idea of a sweetish savoury dish, sweet and sour pork aside (anyway, that's probably a western invention by the colonialist imperialists), and till today some still find the idea of salty caramel as baffling as Pluto being deregistered as a planet.

Toh Yuen, at PJ Hilton is one of these pork free Chinese food establishments...and to kill two birds with one meal, they also introduced us to their vast array of mooncakes. For some reason, I was late, very late, but arrived in time to see the tail end of some of the starters. 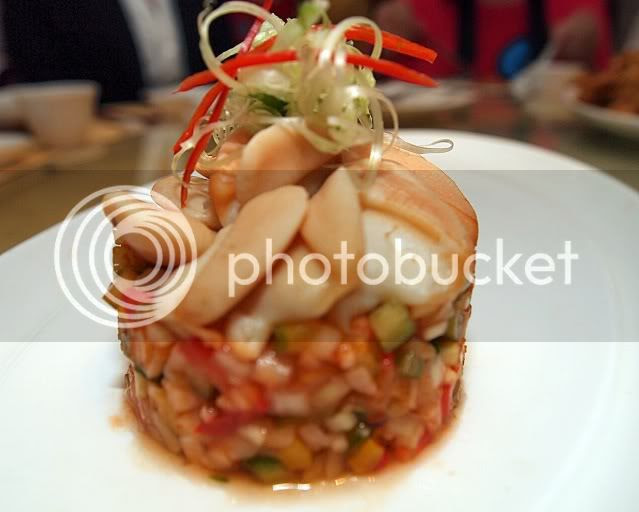 Chilled Pacific Clam salsa. Having arrived late, at first I thought that was an individual serving, and was going to whack the whole thing myself. A refreshing starter, though I am not a fan of pacific clams anymore. They were all the craze when they first appeared, because of its vague similarity to abalone. 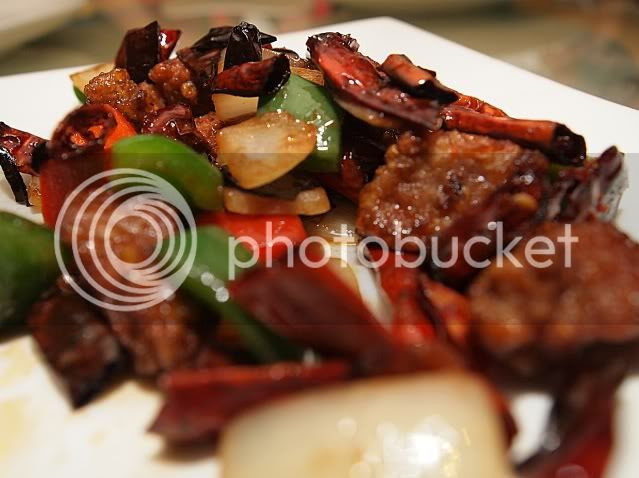 Deep fried lamb with Cumin & Dried Chillies. I can see this trio of starters appearing under a 3 seasons platter kind of thing actually. 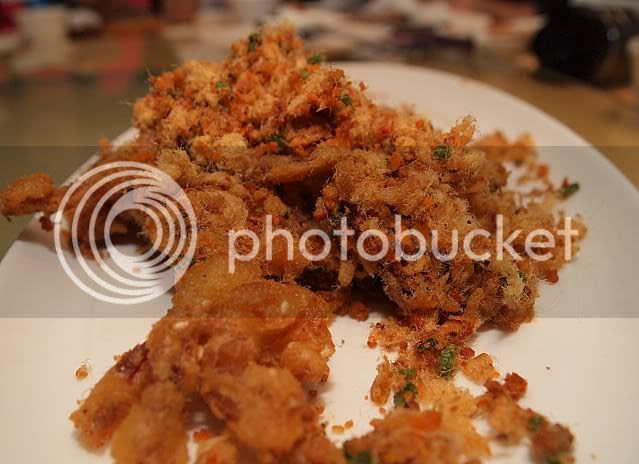 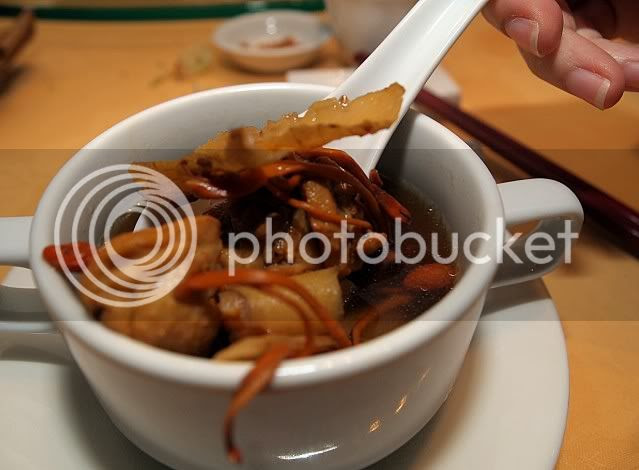 There were two choices of soup, but unlike bloggers who travel like animals in Noah's Ark, ie, two by two, I have only me and myself, so I only get to sample one. (doesn't that sound mournful). A lovely village chicken soup, (not sure which village this chick came from), and of course, in case it wasn't boiled enough, it was double boiled. 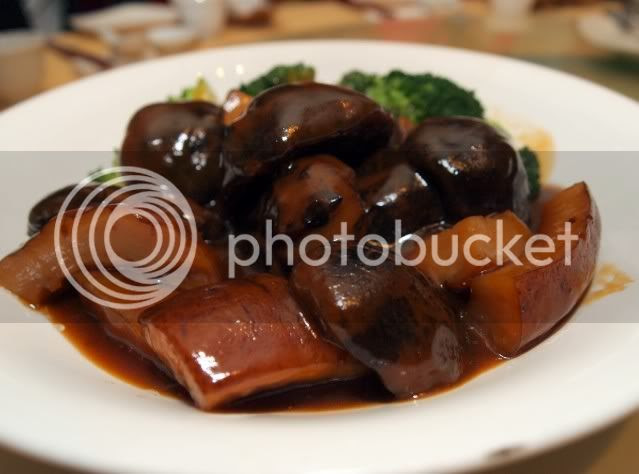 Braised Sea Cucumber, With Huge Huge Chinese Mushrooms, and Abalone ...sauce. I wonder if abalone sauce is like oyster sauce, and if so, does it really contain abalone? Sea cucumber is supposed to be good for you in so many ways, though I have come across some methods of cooking that make it less than desirable. This combination however is quite mainstream and easy on the palate. And I love mushrooms, magic or otherwise. Okay, that's not true, I have never tried the magic ones. 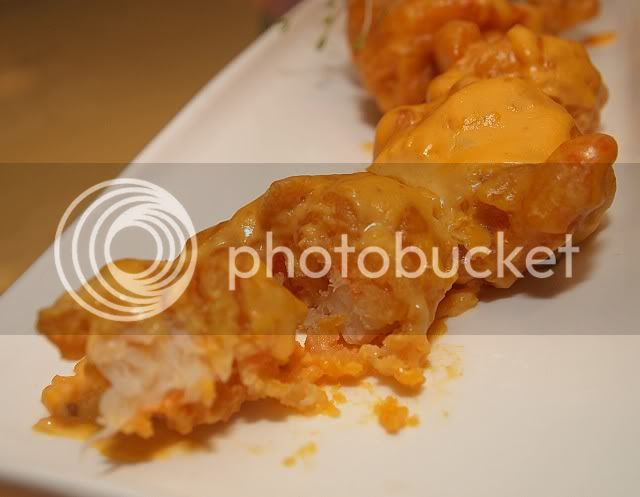 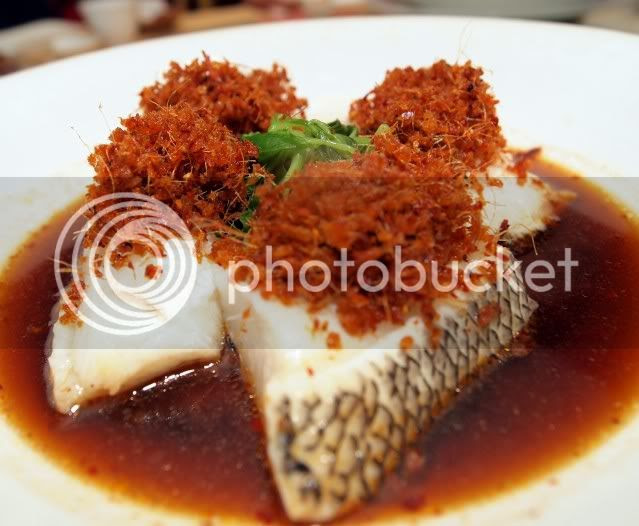 Canadian Cod, Steamed with Fu Yeng Sauce. Not sure what Fu Yeng is, probably some martial art form, you know, FU as in Kung Fu....
The cod must have gotten here on a direct flight, coz the cod was fresh. 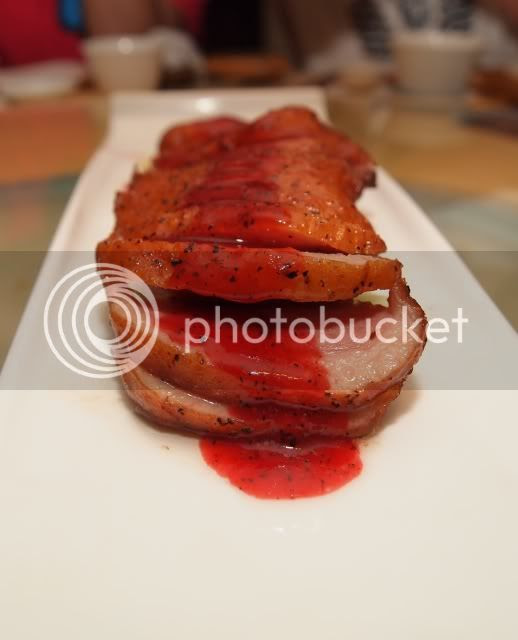 Deep fried smoked duck with Fruit Sauce. Lovely color, and complemented the slight saltiness of the smoked duck. As in, the red fruit sauce did. Duck was nice and tender. 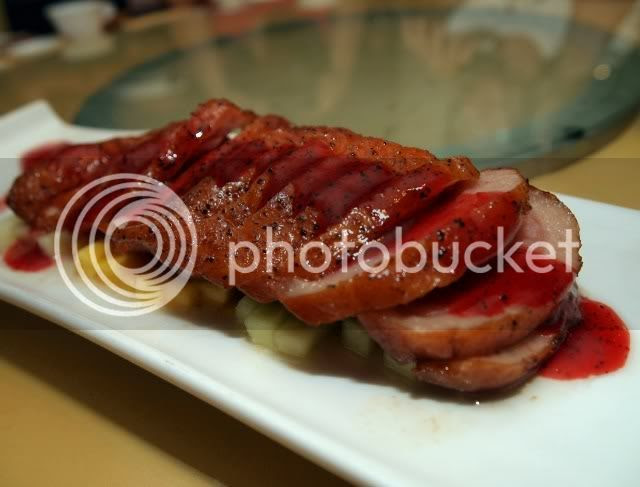 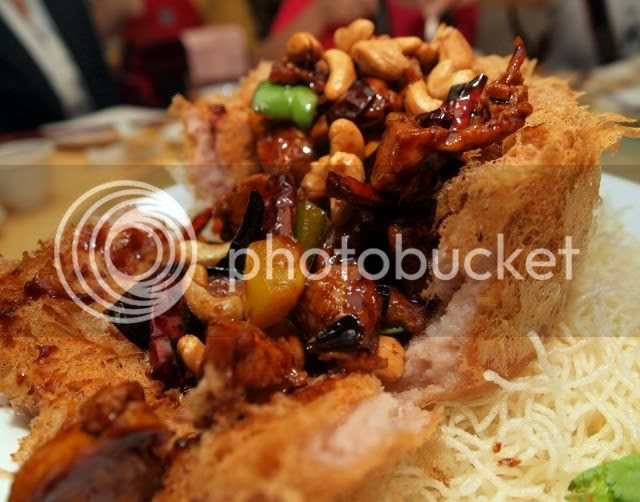 Yam Basket, with Kung Po (is that another martial art form) Vegetarian Chicken. I am unsure as to the obsession with Chinese Vegetarians to imitate meat, unless they meant we were eating a chicken who was a vegetarian, but I highly doubt that. The yam ring was yummy, the yam light and fluffy. 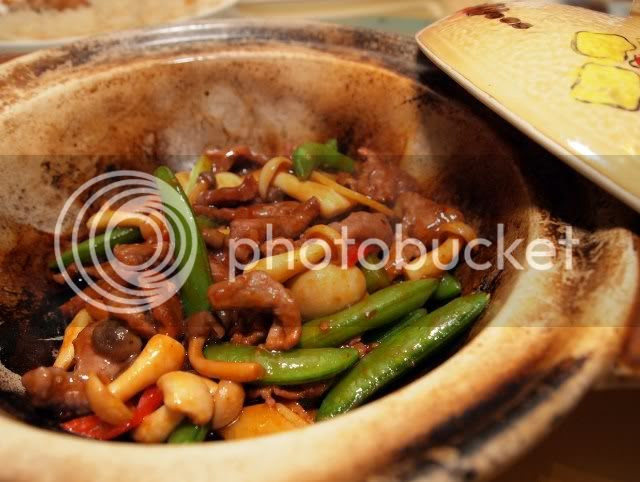 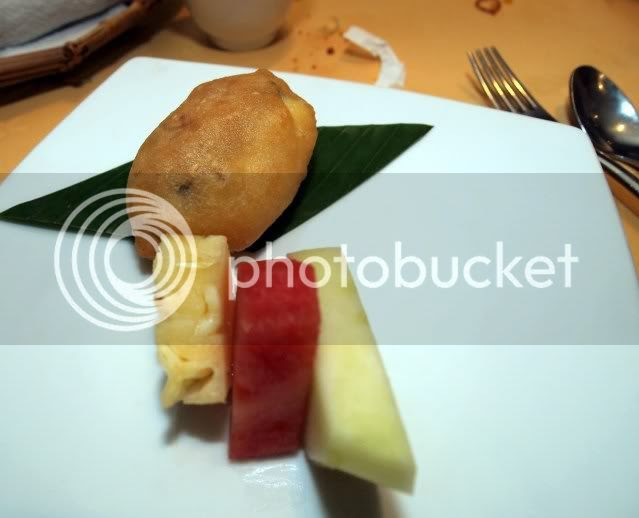 Fresh fruits with Deep Fried Banana and Strawberry Cheesecake. Yup, beneath that battered soul, I mean, roll, lies a banana with strawberry cheecake. 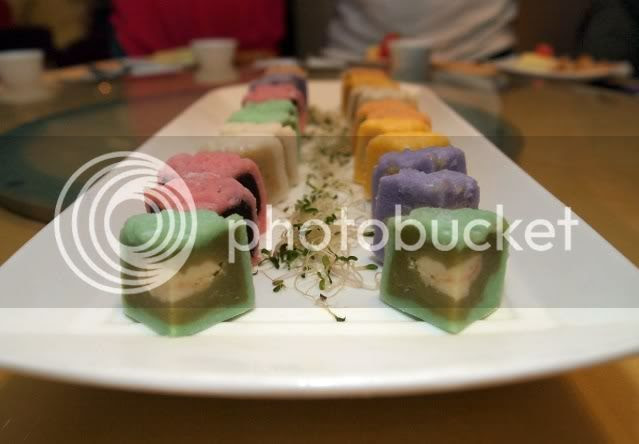 Posted by fatboybakes at 1:39 PM