The stunning display of the a stylized barrel sculptured from a variety of metals, including copper, nesting the gorgeous decanter containing the glorious Hennessy 250 Collector Blend, is a befitting tribute to the celebration of Hennessy's Two and a Half Centuries of Excellence.

The limited edition decanter containing that glorious liquid is result of the exceptional work of young designer, Stephanie Balini, encapsulating the blend born of the creative inspiration of seven generations of Master Blenders from the Fillioux Family.

Yann Fillioux, Hennessy Master Blender and Taster has since 2010, in anticipation of the two and a half centuries jubilee, together with his Comite de Degustation, have been painstakingly selecting eaux de vie from a collection from his last 50 years in the Maison, to create this jubilant jubilee blend... 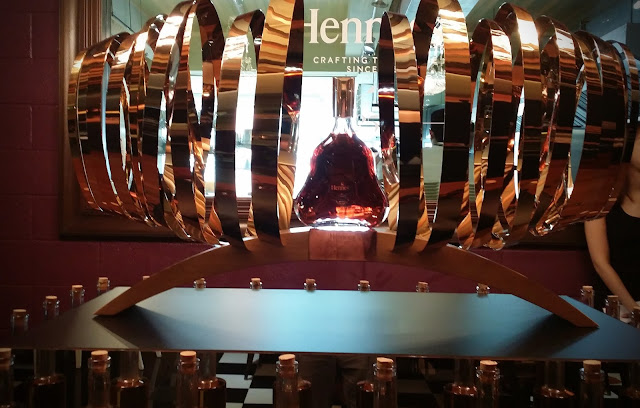 To celebrate, what better venue than the inimitable Brasserie Enfin, with a menu crafted by the chef extraordinaire, James Won and his team. 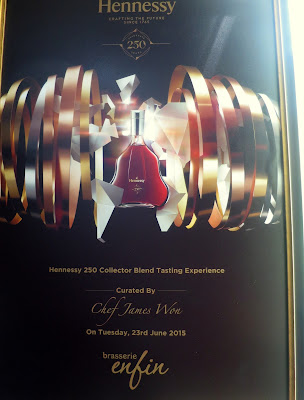 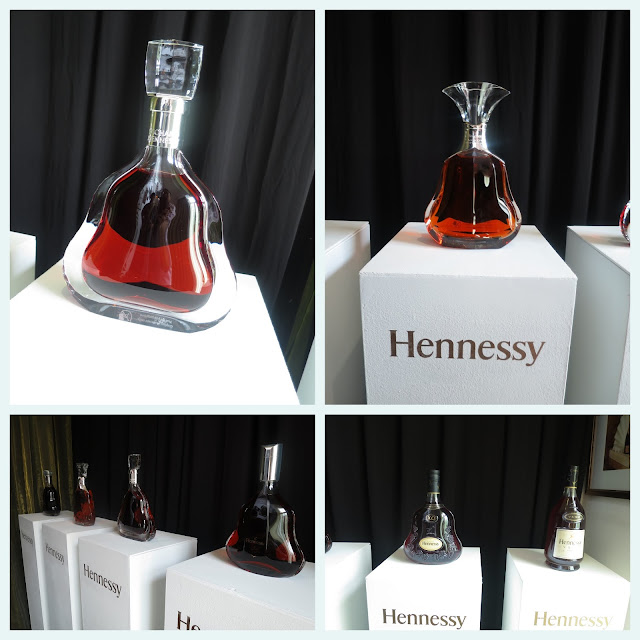 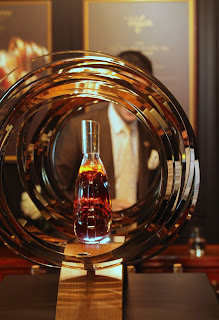 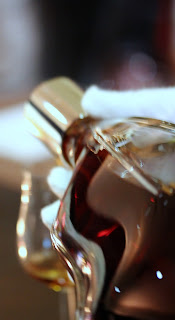 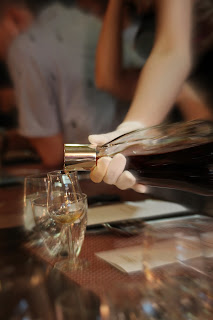 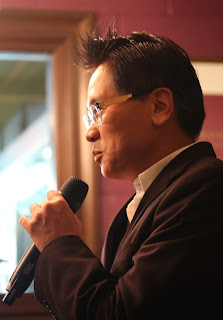 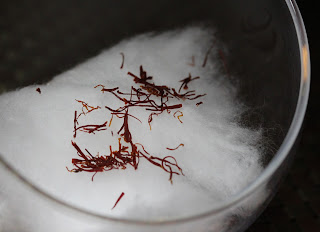 To start, we were given a goblet of saffron upon a bed of cotton, to enhance our senses, as saffron, a precious spice showcases the exquisiteness and complexity of the H250 Blend.  The earthiness and distinct fragrance of the saffron kickstarted what was to be a sensory adventure, pairing of food and cognac...the way it was meant to be. 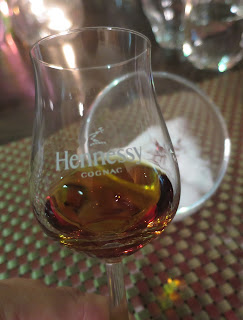 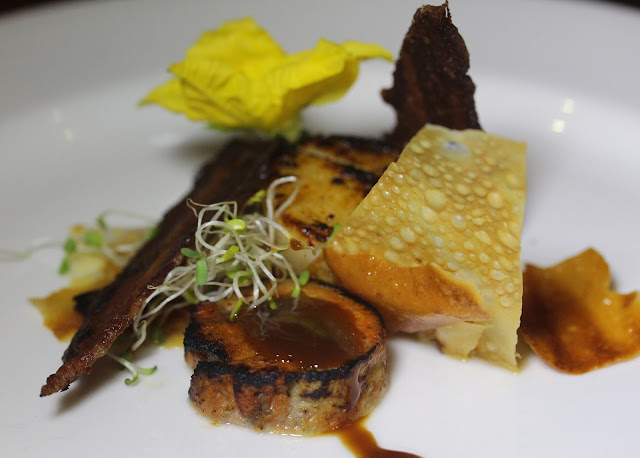 The first course, Potato Crisps, scallop with marmite, monkfish liver and bacon paired with the classic Hennessy XO.  The scallop was seared to perfection, with that subtle marmite taste that seems to be quite popular in chinese cuisine.  I personally didn't like the monkfish liver, and hope no monks had to die in vain. 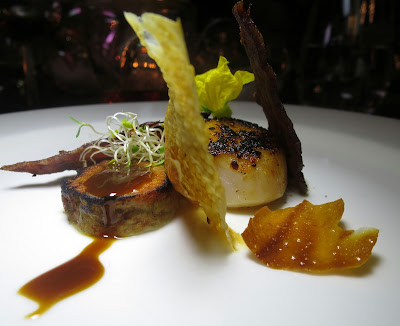 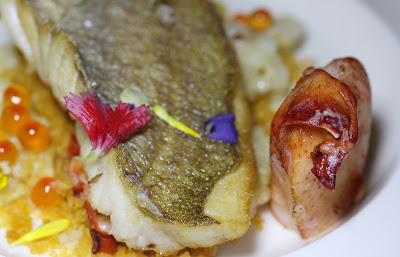 Crispy Skin Snapper and Lobster with crispy sago infused with saffron and lobster reduction, also accompanied by the XO.  Love the gobules of roe that pop into the mouth, and washed down with a sip of cognac.  Those decadent lobster claws were also the perfect match, and cooked flawlessly. 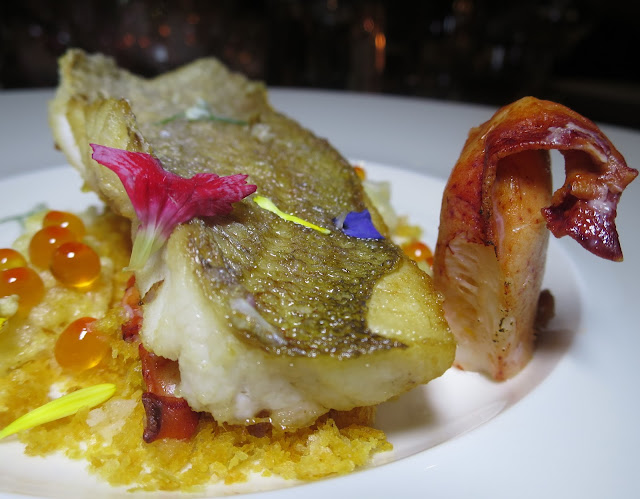 James explaining the though process and inspiration behind the dishes, before serving the Principal Plat. 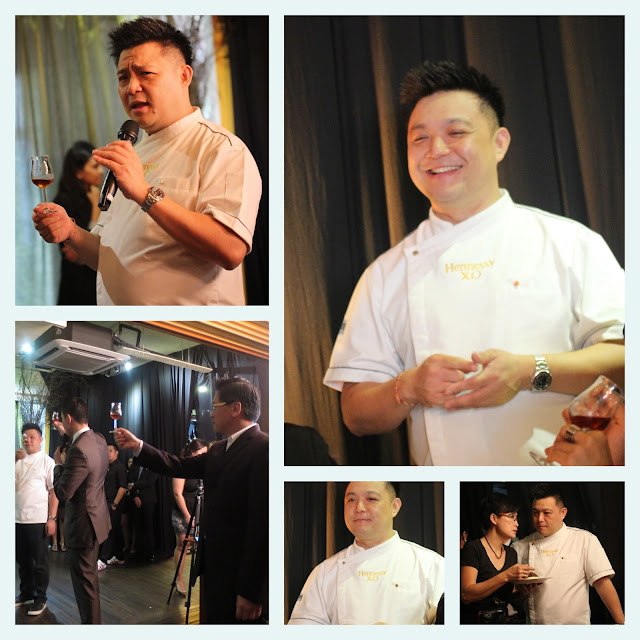 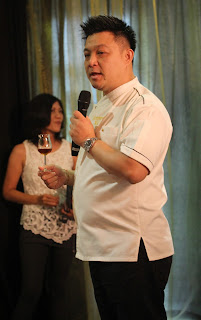 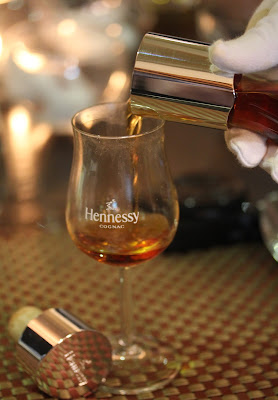 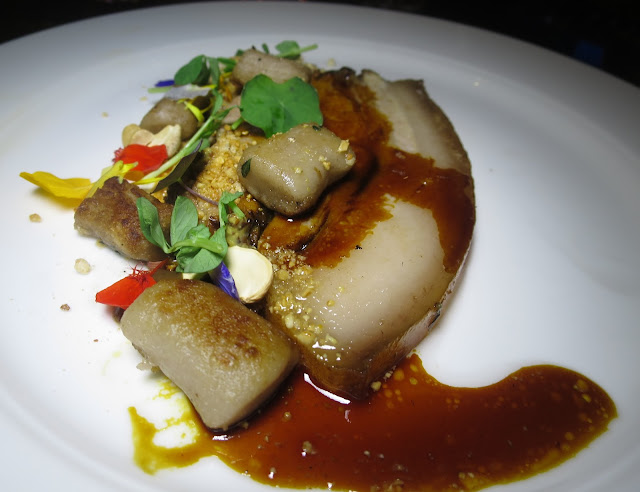 But the piece de resistance, both for food and wine, and rightfully, climaxing  at the mains, was the Yam pillows, braised prok shoulder in tea, cashew, chilli and saffron sable and truffle raisins ketchup.. a complex dish, with so many different elements, as if to compete with the complexity of the Hennessy 250 Collector Blend with which it was paired.  The power couple, so to speak.  But of course, rather than competing in complexity, it was more complementing.  I absolutely loved his take on the "hakka abacus seeds", which apparently took ten tries before succeeding to James's satisfaction.  The pork, utterly decadent, unashamedly fatty, and totally melt in the mouth, with that fabulous sauce, just re-describing it is literally making me salivate.  Paired with the memory of that limited edition cognac, it was really a treat for this humble palate. 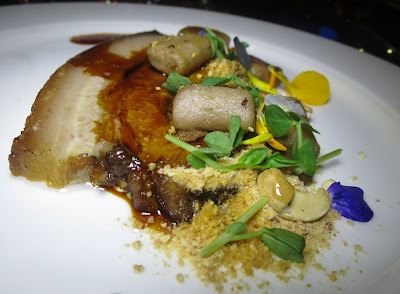 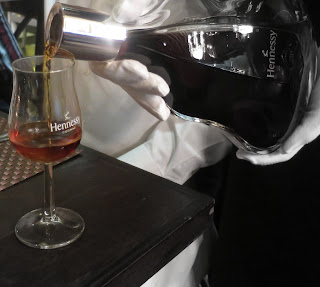 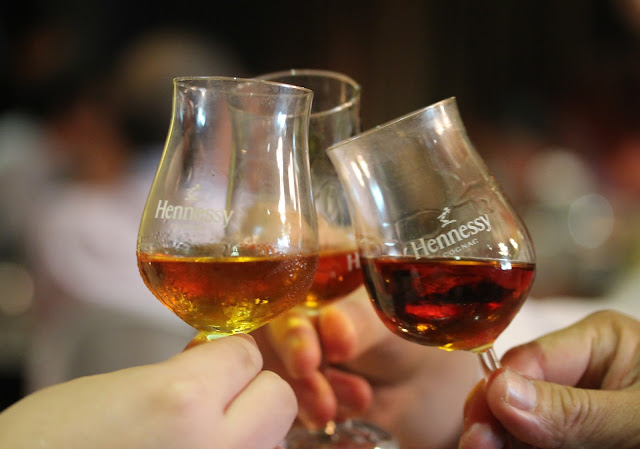 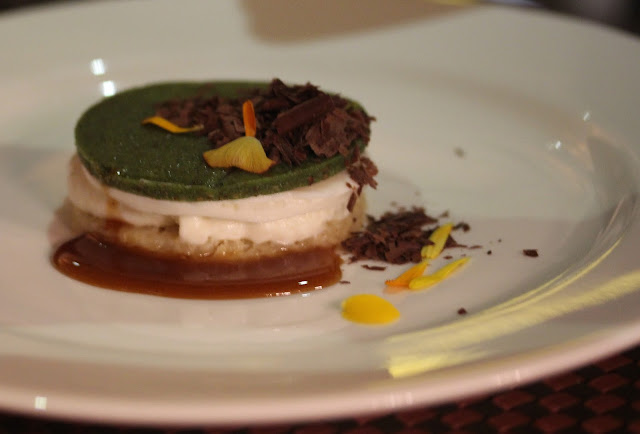 Did I say I climaxed at the pork?  Well, actually, this dessert ...let's just say, gave me shudders of pleasure.  To use James's words, "the most expensive kueh talam" ever.  A dessert of cashew, pandan chlorophyll, (it's hard enough extracting pandan juice from those leaves, let alone CHLOROPHYLL!), coconut textures and saffron arborio pudding.  Actually it's more like a high class seri muka more than a kueh talam, but whatever it is, it was OH SO GOOOOOOD!!! And gulped down with Hennessy XO.  The bitter element of the cognac compliments the sweetness, so I wonder why isn't dessert served more often with cognac, rather than dessert wines that have more sugar than a mamak's teh tarik! 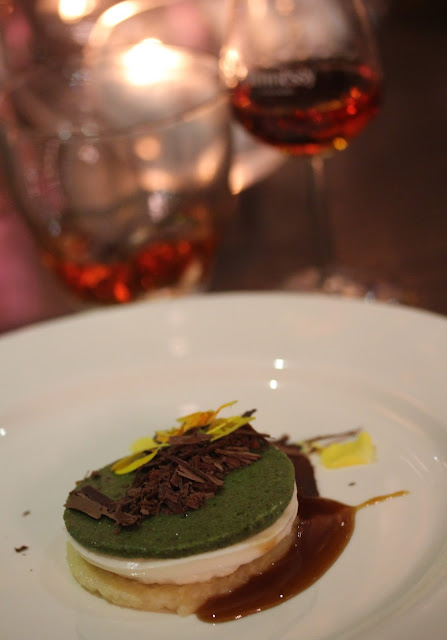 I really do hope James puts this fabulous dessert on his regular menu. 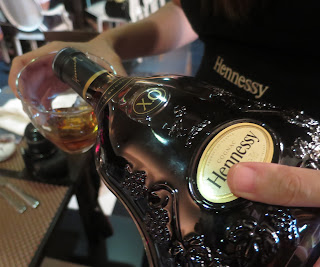 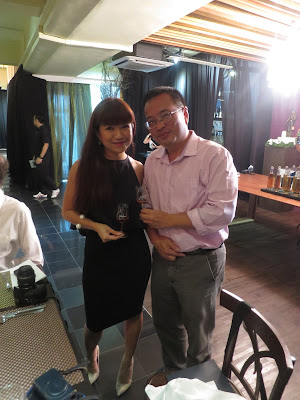 And now, for the unveiling moment of truth, should you wish to sample or own a bottle of this rare blend, bearing in mind there are only 250 handmade oak  barrels of this blend in the world.

The Hennessy 250 Collector Blend is priced at RM2531.30nett and only available via order directly through Moët Hennessy Diageo. For further enquiry, please call (603) 2053 8688 or email us directly at wk.chong@mhdm.com.my.

Unknown said...
This comment has been removed by a blog administrator.
3:47 PM