Disclaimer: Objects appear smaller than actually are in real life portions.  (ie these are pics of tasting portions, the real deal is bigger)

I've never been to Iketeru in the daytime, so much so I've never really noticed some of the attractive things about the place, such as the private dining room overlooking the garden, the sculptures of the gold fish that adorn the windows.  When I subscribed to the Hilton Premium Club card, Iketeru was my regular haunt with the wifey for our Saturday night dates, but since that's expired....I haven't been since January.

They're having an Unagi Promotion now, because it's summer in Japan, and it's that Unagi-ous time of the year..I have mental images of Eels entangled with each other, mating happily, and producing them by the m-eel-ions.  So, make hay while the sunshines, as they say, or in this case, make Unagi with its Eely. 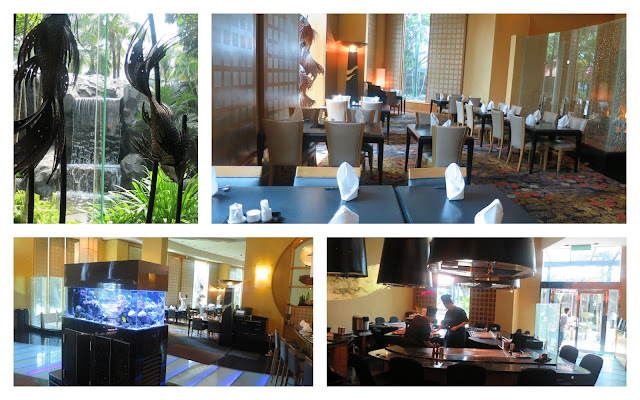 His name is no stranger to me, I've heard of Chef Ricky since days of yore, and he HAS been with Iketeru for as long as it's been around, though he did take a "sabbatical" year off.  A humorous albeit serious looking chap, he explains that in Japan, people are enervated by the heat so a does of Unagi energises you, and "charge your battari"...(in that delightful Japanese accent). The eels are delivered twice weekly from the Miyazaki prefecture in Kyushu Island, Japan, renowned for their premium Unagi. Apparently Unagi meat tends to be more tender, juicy and with more marbling (fat) during the summer months as well. 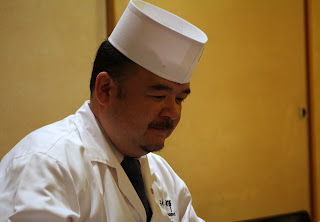 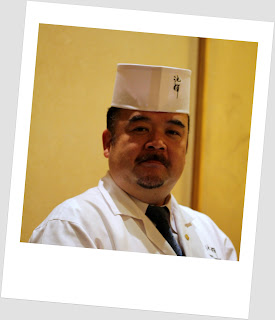 We start with the Unagi Plate, comprising... 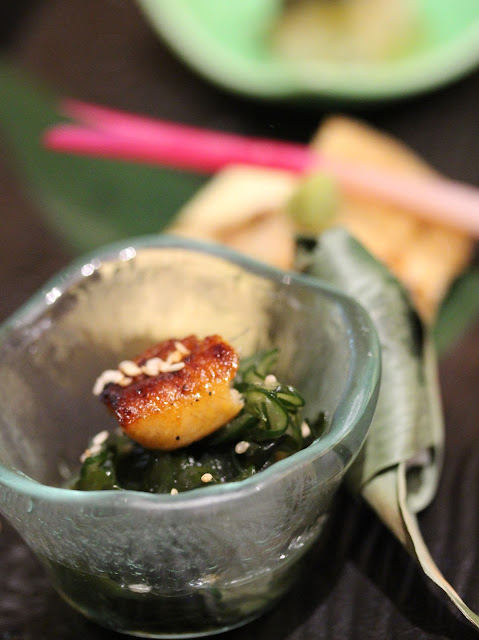 Eel With Cucumber and Wakame Seaweed in Vinegar Sauce...a lovely combination of the seared eel, with the refreshing seaweed and cucumber salad.  I can imagine this would be perfect on a hot Japanese summer afternoon, with loads of cold sake. 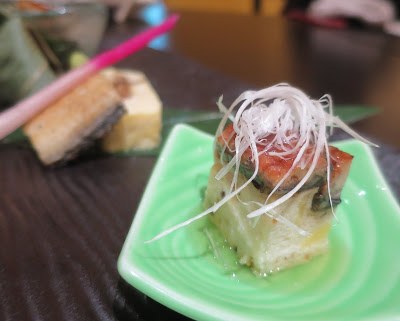 Simmered eel dumpling with bonito sauce, and Japanese Omelette ..with eel, of course.  Actually in all the dishes, the unagi was prominent yet not loud, delightfully tasty but not overpowering. 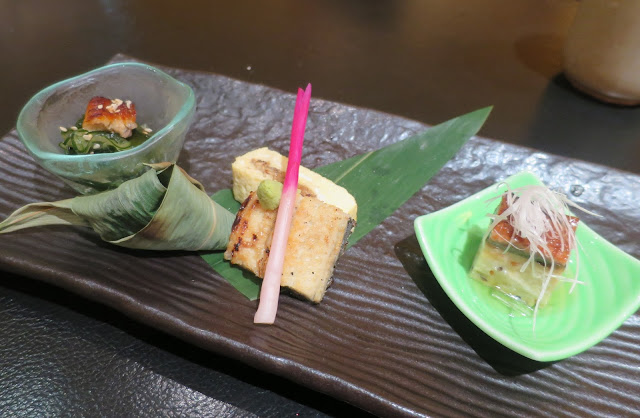 An aerial view of the unagi plate...

New Items in the A la Carte menu include... 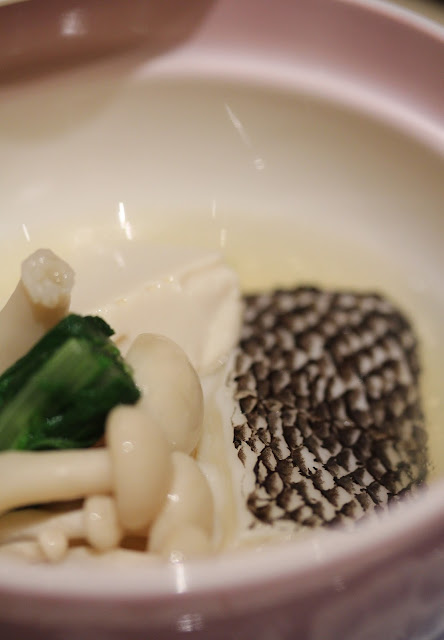 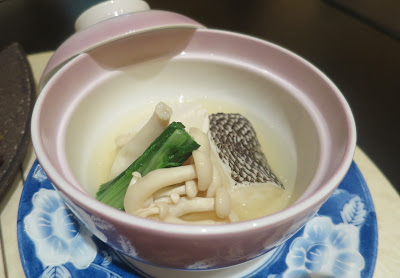 Steamed cod fish and rice wine, with shimeji mushrooms and  a hint of greens.  The cod fish goes really well with rice wine actually, soaking in all the flavours, and giving it a totally new dimension. 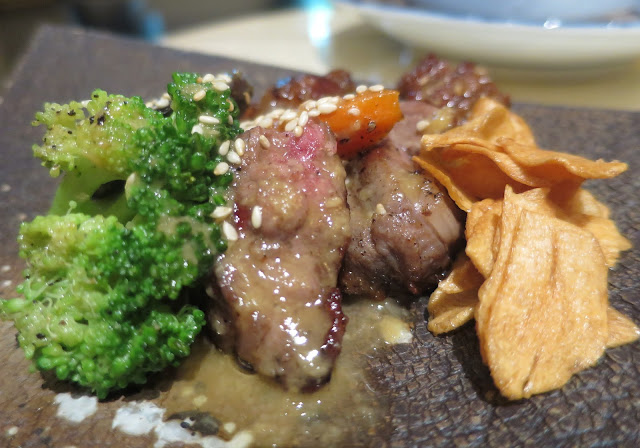 Teppanyaki grilled lamb rack.  Compounded by the fact that I am not a lamb fan, I found this dish a bit on the tough side as well, so yeah, definitely not my favourite.  I was relaying to Ee Laine how I liked ordering Teppanyaki in Iketeru because it always came with a generous sides, perhaps a teppenyaki mushroom, carrot, and lots of garlic.   I usually go for the tenderloin though. 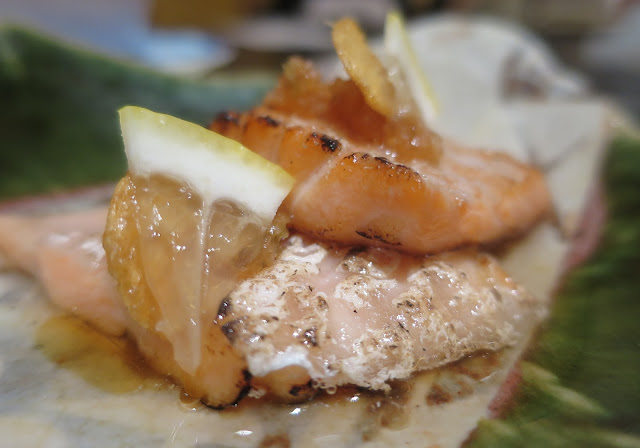 Broiled sliced salmon belly carpaccio style.  Just slightly cook, I love the melt in the mouth texture of this dish, with the subtle slightly tangy "dressing" . 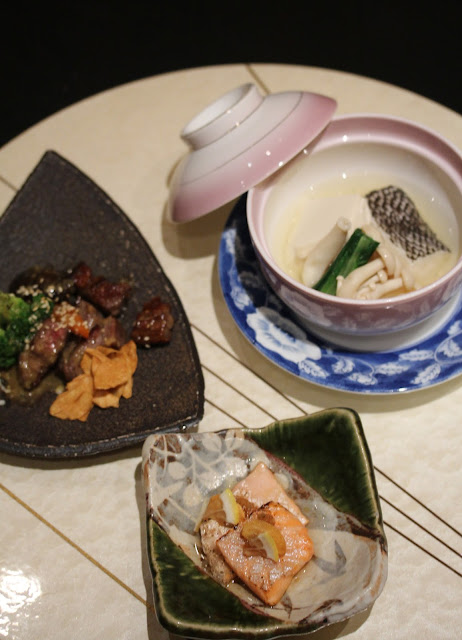 The dessert was sublime.  Vanilla ice cream wrapped with mocchi, (someone commented it looked like a durian), these pillows of fluffy rich goodness I'd say was my favourite dish of the day, no offence to the unagis. The cheese ice cream was also lovely, like a frozen cheesecake on a biscuit base.  And you know how yummy Japanese cheesecakes are! 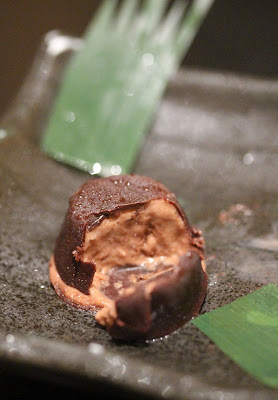 Chocolate ice cream to end it all.

Some of the exquisite delicacies available during this special promotion period include Unagi Hitsumabushi, the premium Unagi Unajyu and UnagiSasazushi.

Promotion is currently on going until 31st July.

The Unagi 7 course set is available at RM350 net person.

For reservations call: Dining Reservations at +603 2264 2596
or
visit www.life.hiltonkl.com for more information.