I can't fathom how I could have MISSED this gem of a restaurant in KL, since it's been opened for nearly a year.  Such a gorgeous, elegant, quaint place, tucked away in Changkat Kia Peng, run by an equally gorgeous and elegant lady, Sainy Chun.

Thanks to Ciki of CCFoodtravel, I was given the privilege of dining here, without any other bloggers in sight, and only in the company of the mother of my children.  Which is quite rare.  Being the cheapskate that I am, if ever we were to go out just the two of us, inevitably it will be to the hotels where I have the discount card that allows for 50% off the total bill.  So Wifey was rather pleased too, to have the opportunity to bask in my sterling company in a lovely setting.

Sitting in Maison Francaise, one would be forgiven in thinking that we were miles from KL. Despite it being located LITERALLY in the city centre, its tranquil surrounds and lush greenery gives an illusion otherwise.  Housed in a lovely bungalow, on Changkat Kia Peng, this oasis was certainly a pleasant surprise. 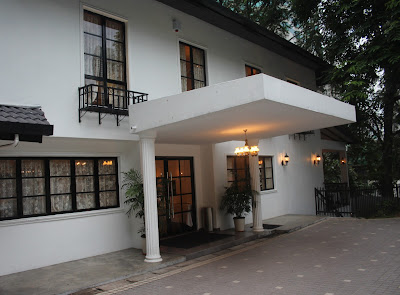 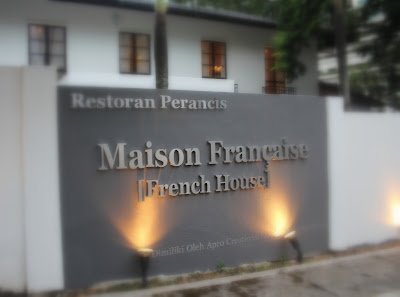 You will not need a french dictionary to translate the meaning of Maison Francaise, since it's clearly spelt out in the front what it means.  Parking is ample, as the road is a cul de sac, with not many residents. 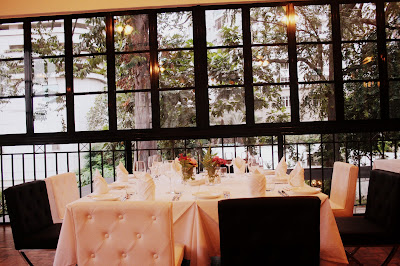 The interior is elegant without being daunting.  This large table was set up as a square, seating 8 people, overlooking the outdoor terrace, where some guests were chilling out...it was afterall happy hour time. 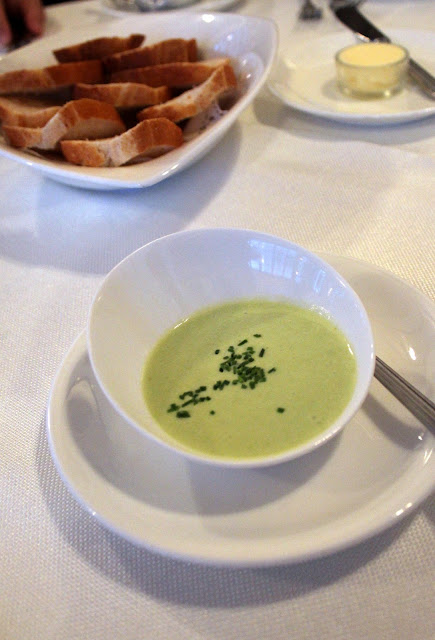 To start, a lovely amuse bouche of an asparagus cream, and home made baguette with lovely butter, (I did not ask if it was french, but it was lovely). 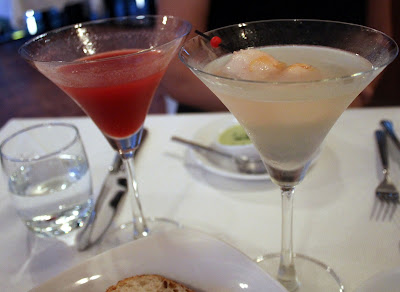 To tantalize the palate, a lychee martini and a summer berry cocktail, prepared by their award winning mixologist, Amar. 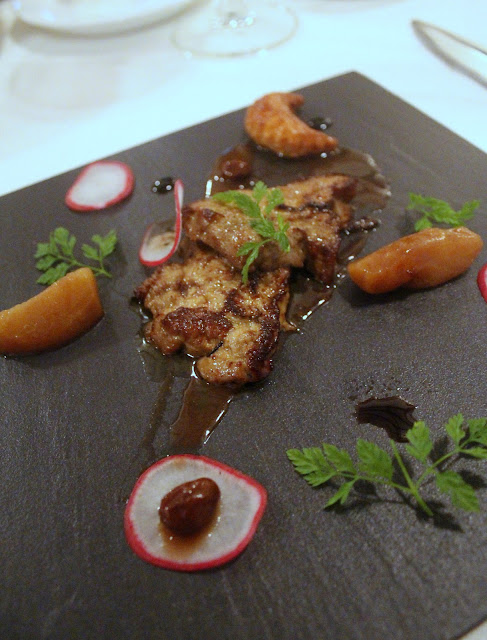 Pan Seared Foie Gras for me, with caramelized apples.  Melt in the mouth pieces of sin, a burst of flavours, that indescribably livery taste that you either love or hate, the slight char of the exterior, complemented with the tender yet cruncy caramelized fruit.  It is so easy to botch up foie gras, by overcooking it, but this was seared to perfection. 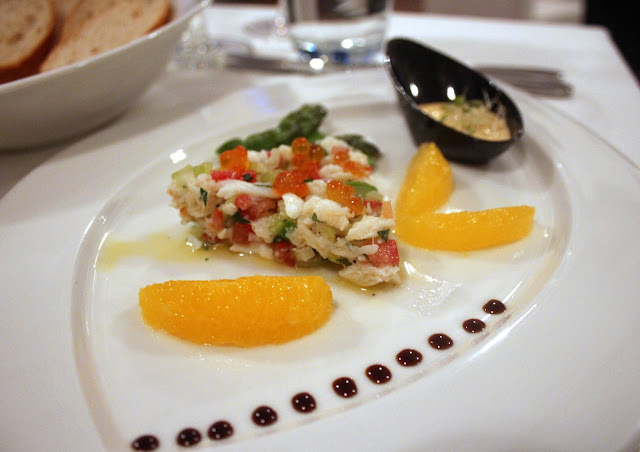 The wife, like all good women, make a feeble attempt to preserve their figure, and order something ostensibly healthy, the crabmeat and asparagus salad.  Such a kaleidoscope of colours, equivalent to the rainbow of foods...Wife only gave me a morsel to try.  Fresh crabmeat, with a subtly sliced asparaus & tomato salsa, and dots of balsamic and sliced citrus. 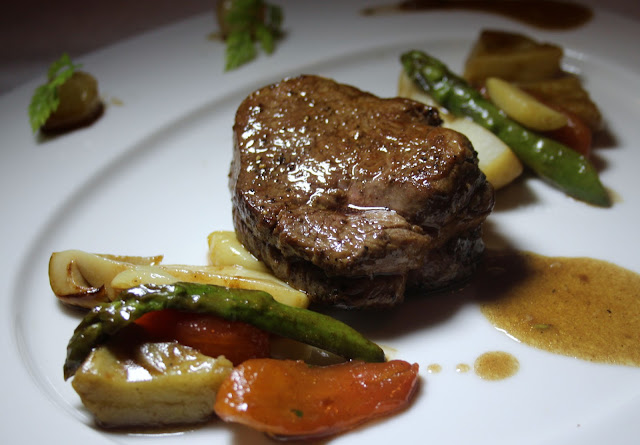 I always thought there was little else that could impress me by way of cuts of meat, as in my quasi arrogance, I thought I had tried them all.  But obviously not, because I have never had Veal Tenderloin before, or at least, done like this.  So so tender, and such a refined taste.  The sauce, probably made up from the pan juices, did not drown the meat nor steal its thunder in any way.  The few slices of grilled vegetables were superb as well.  Drat, just thinking about this dish makes me salivate.  Priced at RM115++, I think it's one of the most delicious pieces of steak I've had in a while. 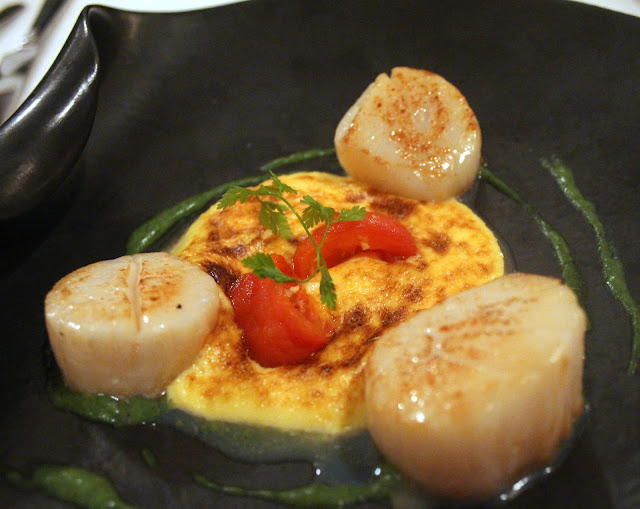 Hokkaido Scallops, another dish that can be so easily botched, and has to be timed and seared to a scientific accuracy that should scare the ordinary mortal.  Not to be attempted at home, would be the warning bells that ring in my head.  This dish was obviously not attempted by an ordinary mortal as it was perfect. 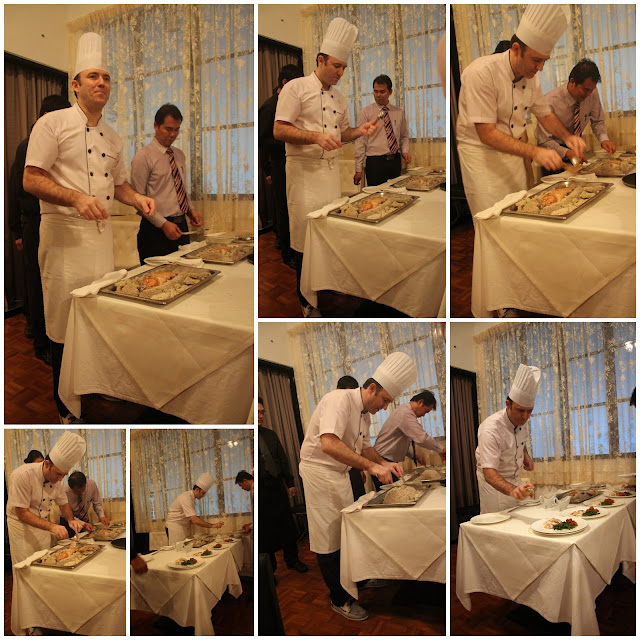 While we were having our dinner, we were lucky to be able to watch the chef serve this salt baked fish to the neighbouring table.  Seemed very elaborate, cracking of the chunk of salt, lovingly wiping off the salt to reveal the succulent fish beneath. 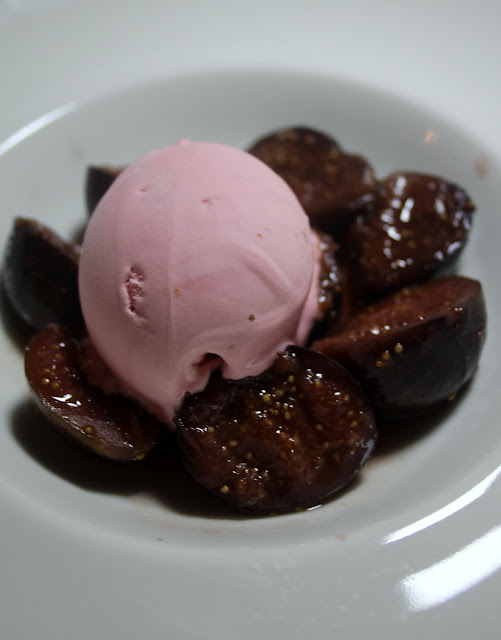 It is so rare to find figs in this part of the world, and they retail at RM6-8 PER FIG in supermarkets, making it possibly one of the most expensive common fruit (let's not count the Japanese melons and peaches).  So I was delighted to find it on the dessert menu.  There's something about figs, maybe the biblical fascination, or something, that makes me always want to have it when it's on the menu.  These were lovely, crunchy, poached lovingly and yet maintaining its distinct flavour.  Unfortunately they ran out of Vanilla, but the replacement strawberry was delicious too. 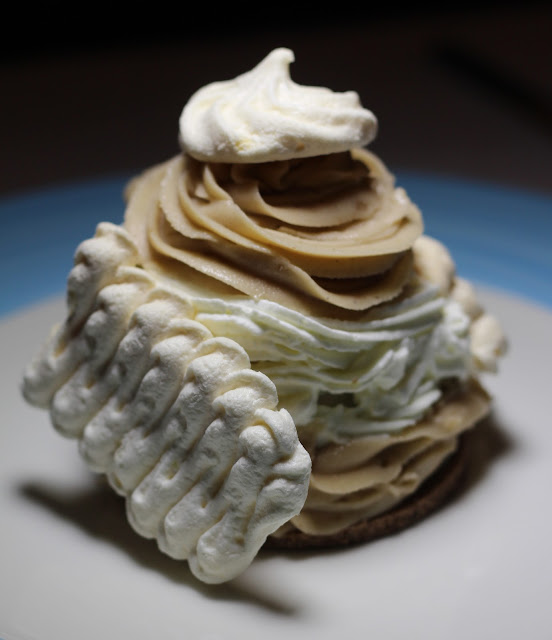 This must be THE piece de resistance.  Chest Nut mont blanc.  Stunningly beautiful, I'd say.  Layers of chestnut puree, with a chantilly cream, on a sable base, with a pretty meringue biscuit.  Almost too beautiful to eat.  It was a treat for me, because I've been a Mont Blanc virgin all this while.  (and no, you cannot write with it). 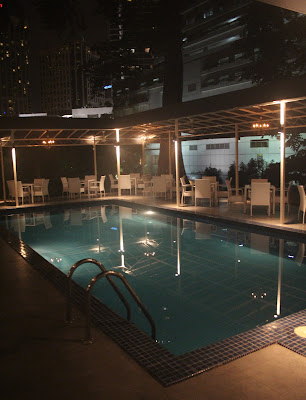 Apart from the lovely dining area, they have a lower ground floor, with a large private bar, a POOLSIDE!!!, with KLCC views, if you are lying horizontal,... perfect for a private party. 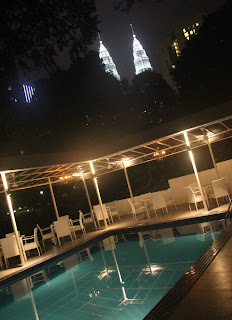 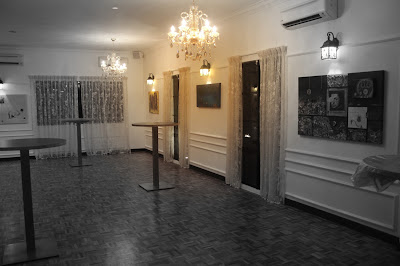 And upstairs, yet another private dining area with a bar as well.  Really a haven for private events.  I wish I discovered this place sooner to have recommended it to some friends for their respective birthday parties.

Wow, I relived my dining fantasies at Maison Francaise, all over again, reading your post! I too am a Mont Blanc virgin! I need to try this ASAP!